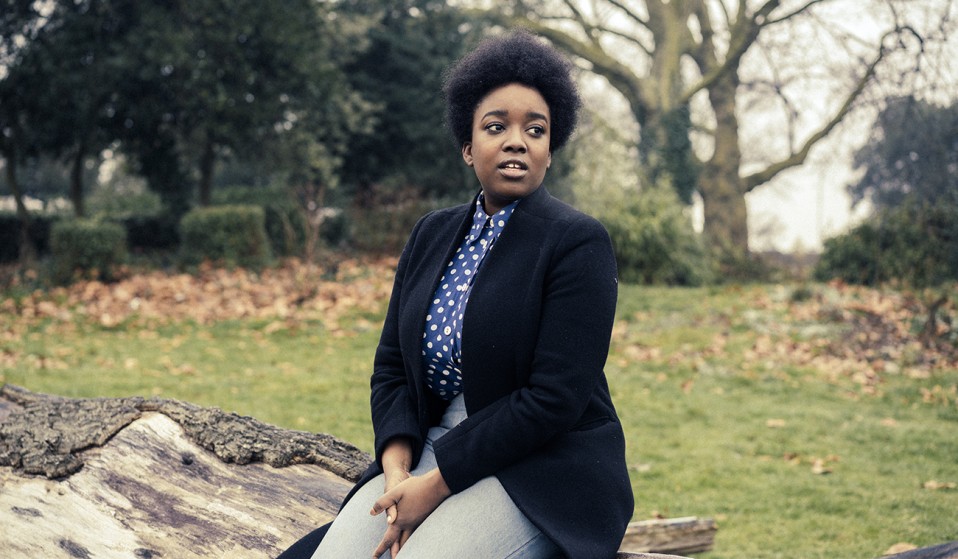 From open-mic contender to one-woman comedy cast, 26-year-old Londoner Lolly Adefope is becoming a force of nature on the stand-up scene.

From standup to satire, jokes can trigger change. To help resist, through laughter, we’re celebrating radical voices that rise above the rest. In this instalment, 26-year-old Londoner Lolly Adefope takes us through her journey from open-mic contender to one-woman comedy cast.

Lolly Adefope once said it’s hard being a black woman in comedy… or at least, she sort of did.

There’s a sketch in her latest stand-up show where Lolly plays a gameshow host, turning on her audience and posing impossible questions for them to answer – a routine she keeps returning to throughout her character-fuelled performances.

The thing is, Lolly has tried both. When first starting out, she decided to steer clear of discussing race in her routine.

“I thought, ‘This is my first show and I want it to be about how funny I am,’” she says. The only explicit reference made to being black came as an aside from off-stage. “It’s hard being a black woman in comedy,” she muttered from the wings in an act of self-deprecation.

“The reviewers said they wished I’d talked about that more,” she says, “and all I could think was, ‘This wasn’t a show about race. It was a show about weird characters.’”

At 26, Lolly is a rising star in the standup scene, but when we meet in a cafe close to her London flat, it’s clear that this path didn’t always feel within reach.

Despite being the class clown at school, comedy was a world where faces like hers weren’t visible – meaning heroes were few and far between.

“I don’t think I was necessarily conscious of the fact that it was because I was black,” she says, sipping at her ginger tea.

“I feel like maybe if I was white, I would have thought, ‘Oh yeah, I’m going to do what they do.’” 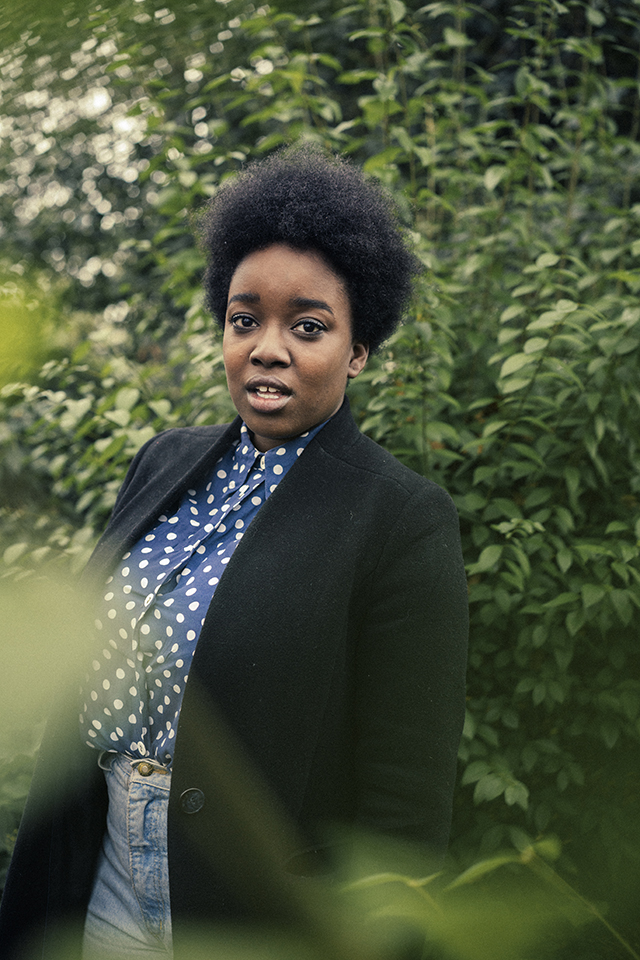 “I was always into doing accents and voices, but was too scared to be myself on stage because I thought people would hate me,” she explains.

Lolly’s brand of character comedy also allows her to confront topics and issues with a layer of protection: it’s not her in the spotlight but someone of her own creation.

She waxes lyrical about racism, homelessness and abortion as we talk. Broaching these hard topics through characters makes things a little bit easier.

“I also don’t like the sound of my own voice, so I much prefer doing accents or doing someone else!”

The way Lolly sees it, black comedians can’t win: steer clear of your blackness and the issues get ignored; bring it up when told to and it’s not on your own terms.

And what does that mean for other aspiring stand-ups, unsure of where they fit in?

“I guess, just make it clear,” Lolly says with a smile, parroting a sarcastic teen. “I can do whatever I want, guys!” 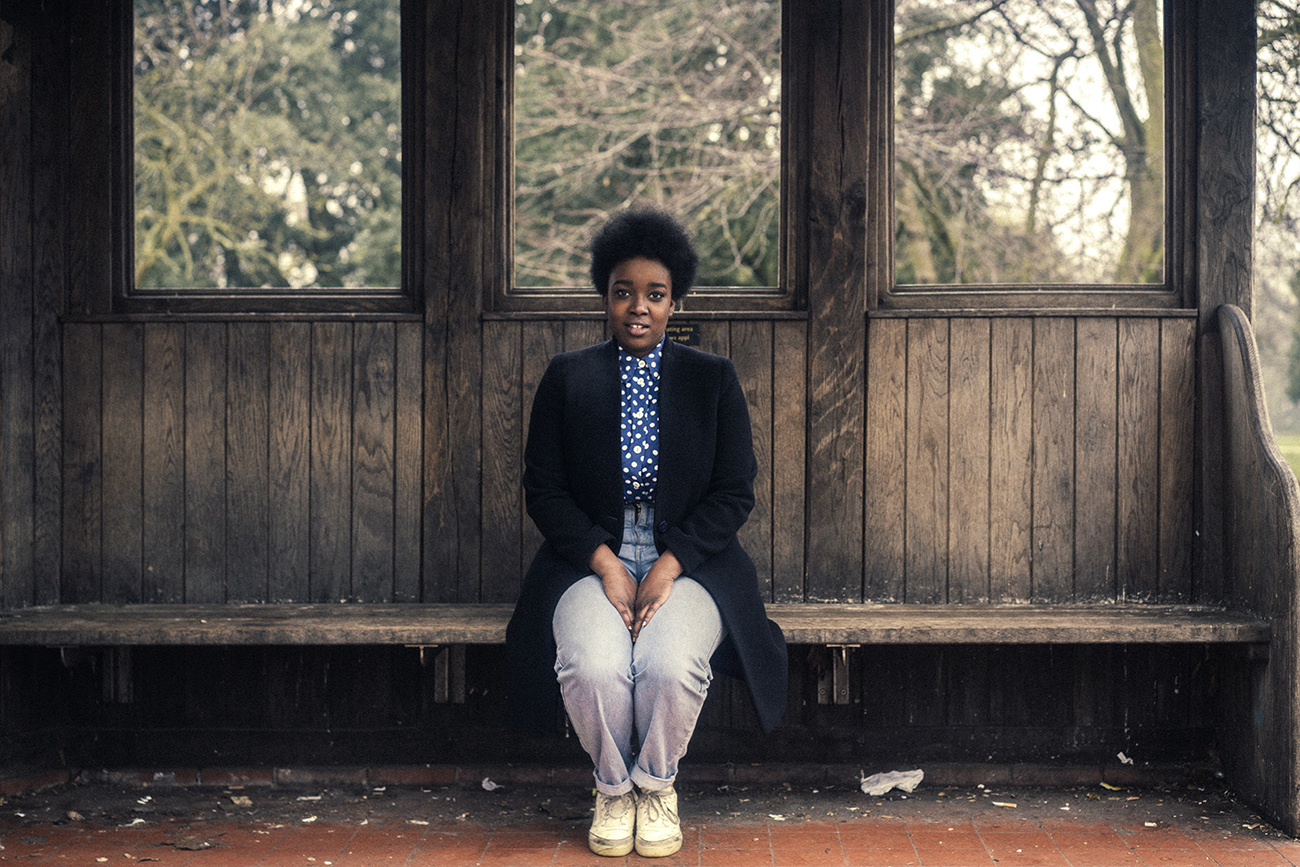 Check out Lolly Adefope on Twitter or read the rest of our Kings of Comedy series.

Linkedin
RELATED ARTICLES
OTHER ARTICLES
Riding from street to street on his trusty bike, Scottish photographer Sandy Carson documents his adopted home at a unique point in its history.
In Sheffield, food delivery drivers are fighting back against one of the giants of the gig economy.
Leading art critic Robert Storr reflects on the photographers – from Seydou Keïta, to Malick Sidibé, to Carrie Mae Weems – who helped to transform and redefine the medium.
During the pandemic, Made In Hackney launched a meal service that has since proved vital for many, made up of vegan dishes that reflect the borough‘s cultural diversity.
The New York MC reflects on his experience with Trumpian US immigration policy, and how it impacted his career.
In 1984, Martin Shakeshaft set out to document the miner’s strike as it really happened, using his photography as a tool for activism.