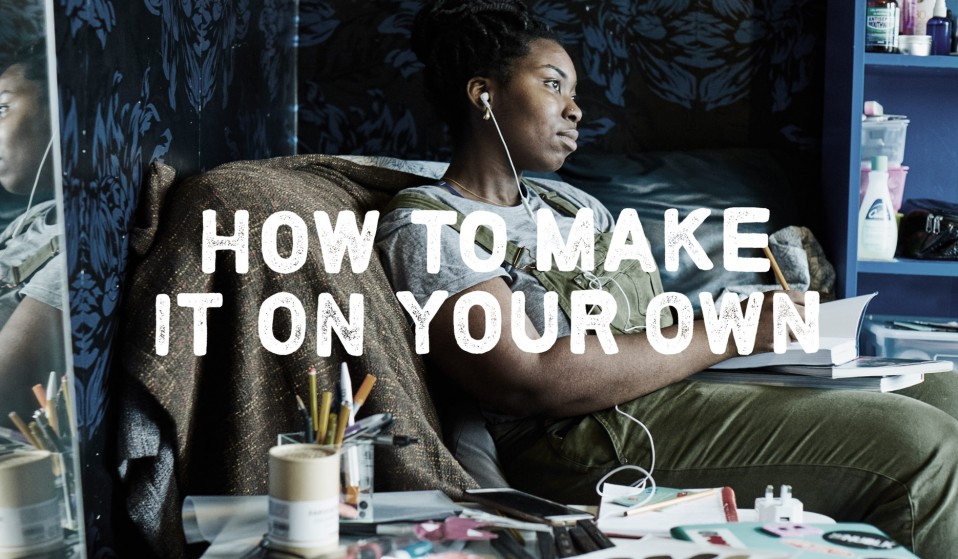 Before Bekke Popoola learned to team up with like-minded artists, she feared that her ideas and opinions wouldn’t be heard. The twenty-two-year-old artist grew up in Hackney at a time of great cultural diversity, but by the time she reached adulthood, it felt like there were few opportunities for young, black creatives in the area.

Bekke decided to take action by forming a collective with two artists who could relate to her perspective: Kariima Ali and Olivia Mathurin-Essandoh. She met Kariima at a talk on black British Feminism in 2014, and her friendship with Olivia blossomed while studying at the London College of Communication in 2012. 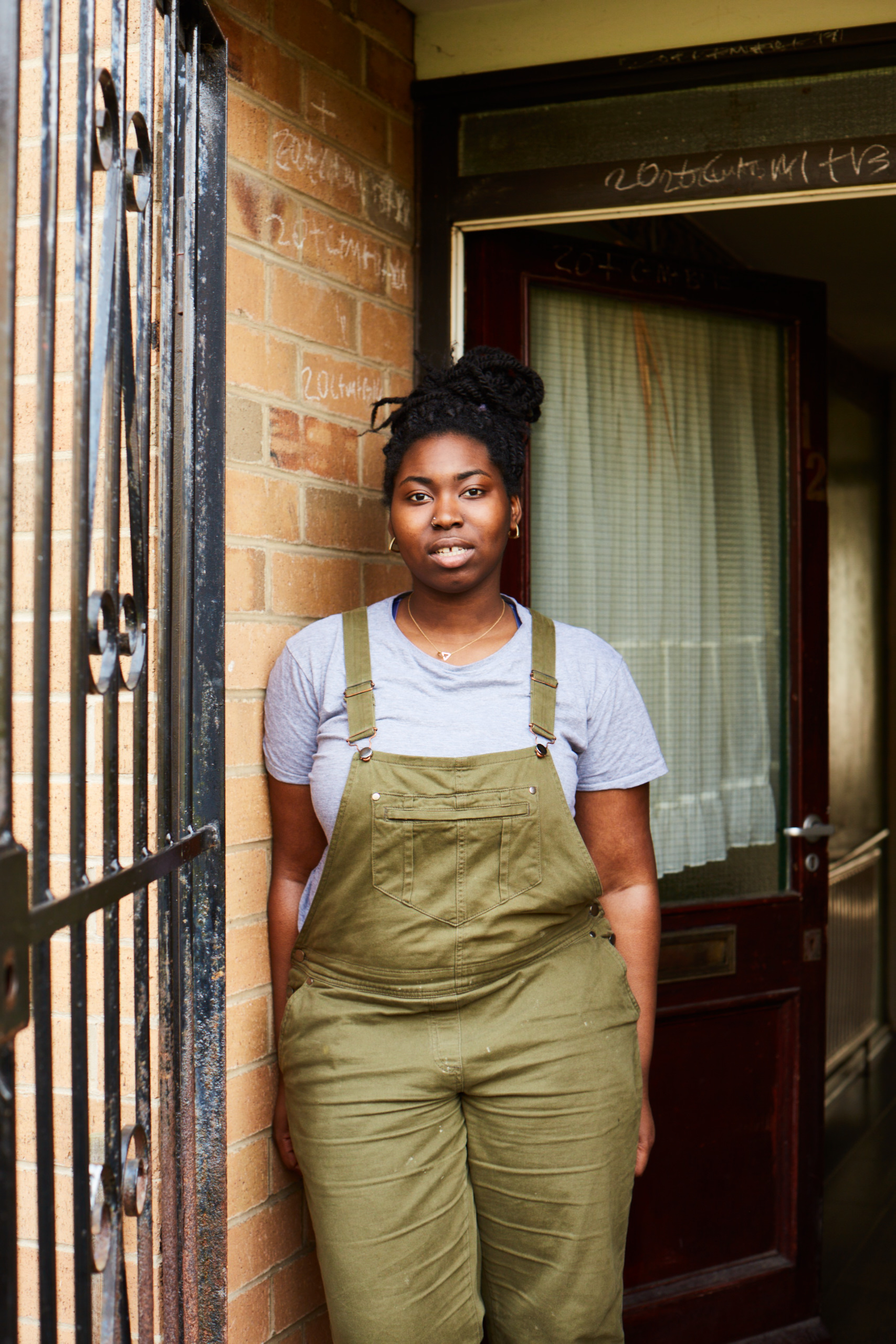 Inspired by a shared sense of nostalgia for growing up in London and a determination to be heard, they formed Black British Girlhood (BBG) – a collective that curates exhibitions showcasing the experience of black women in the arts. “Blackness isn’t just limited to a specific narrative,” says Bekke. “There are so many unique experiences and I think we need all of them. I consider BBG to be a platform where people can represent themselves.”

After months of contacting gallery spaces and failing to meet their crowdfunding goal, however, the project’s future looked uncertain. But that struggle only brought them closer together, strengthening their determination. “I felt really low, had a lot of doubt and was struggling to manage my time between studying, working full-time and planning the exhibition,” Bekke says. “I would reach out to them, tell them how I was feeling and they’d always treat me with care and help me manage the workload.”

After finding enough funds to hire a suitable space at the Centre For Better Health in Hackney last summer, the first exhibition brought together works across various media, from illustration and film to photography and textiles. The unifying theme of the sold-out show was nostalgia, focusing on topics of family, friendships, sisterhood and what it means to be a black British girl in London – an apt reflection of what it took to make the show happen. “We managed to pull through because of each other,” Bekke says. “And because of the support of other women who shared their love for this project.”

The momentum behind Black British Girlhood has helped Bekke deal with anxiety and depression, something that she draws on in her work – and the future looks bright. She’s expanding into different mediums, developing a BBG zine and website while hoping to connect with even more artists and collectives.

But if she could somehow speak to the younger Bekke, the one who felt afraid to express herself, she knows what she’d say. “I think I would tell my teenage self that she is really cool, first of all, because I didn’t realise that until now,” she says. “I would say that it’s okay to mess up and not be afraid – as cliché as that it is – [but] to also trust in herself and the things she does; that things always work out the way they do, no matter what.” 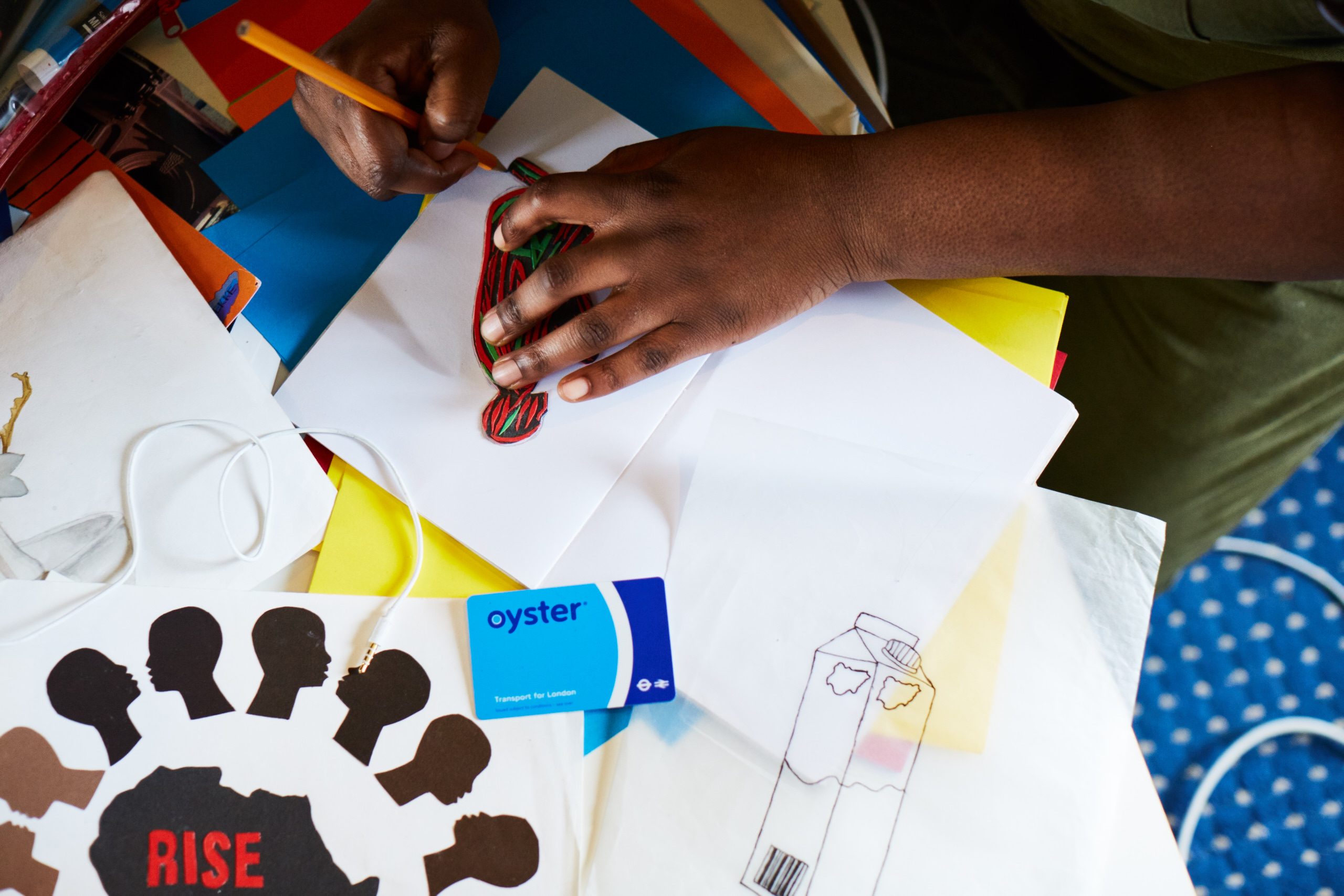 HOW DO I START A COLLECTIVE?

Use what you have

“You need a WhatsApp Group [laughs]. I know it sounds funny but when you have an idea, you need to start things organically. Every community has a means of communication, so we used what came to us naturally.”

“There’s a huge network of creatives who are actively looking for spaces and events on social media. Digital spaces have become a huge part of DIY culture because it’s an easy platform. But it’s always best to physically reach out to people you know and talk about your idea to see if anyone is interested.”

Have a shared vision

“If you’re getting people on board, it’s important that everyone is on the same page. Make sure that the artists you collaborate with have similar ambitions and are just as invested in your vision as you are.”

“Don’t just connect with people who have the same interests and skill-set as you. What’s more important is having a network of people that are reliable and will always provide support.”

“One mistake we made with our first group exhibition was having way too much going on in the gallery space. You can still have an enjoyable experience without overdoing things. Make sure you plan your layout properly because having a framework is important – especially when curating a group exhibition.”

“I feel like BBG as a collective is my very own support group. I can always share my ideas and thoughts with them. I had loads of anxiety planning our first exhibition, and I don’t think I would have got through it without talking to my friends and different black British women about how they cope with the same issues.”

Reddit
RELATED ARTICLES
OTHER ARTICLES
In their emboldening new book Trans Power, the LGBTQ activist makes an urgent call for change, while offering a new perspective on ‘trans‘ identity.
Writer and former-Deliveroo rider Callum Cant discusses the gig economy, ethical consumption, and the new strategies of resistance.
Two decades on, photographer Mike Schreiber unearths his archive from the festival, revealing a portrait of Gen X at its worst.
A new exhibition celebrates the art, lives and love affair of the revolutionary artist couple.
Writer and photographer Peter Brooks braves the heckles with the most enigmatic faction of the Extinction Rebellion uprisings.
With a haunting new composition for a feverish new film, the British disruptor is back doing what she does best – smashing boundaries, breaking new ground.