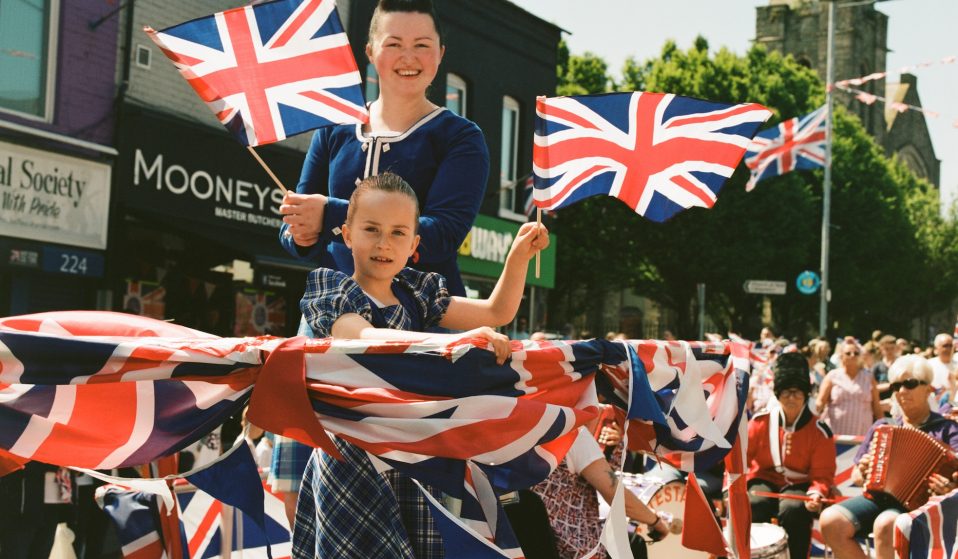 On a balmy day in Northern Ireland, 3000 unionists spilled out onto the streets to celebrate the Queen.

On a balmy day in Northern Ireland, 3000 unionists spilled out onto the streets to celebrate the Queen.

“What you need to understand, boys,” the taxi driver tells us, “is that things around here can change in a minute.” We’re in a black cab, driving towards the Shankill, a loyalist neighbourhood in the heart of West Belfast. Here, the memories of The Troubles are painted on the walls: a children’s playground looks out onto a mural of a paramilitary group that killed hundreds of Catholic civilians.

“Welcome to Belfast,” the driver chuckles, “Where the abnormal is normal.”

I’m here with photographer Isaac Lamb to document the Queen’s Platinum Jubilee, a milestone celebration of Her Royal Majesty’s 70 years on the throne.

“You see that building on the right, boys?” the driver nods to a modern hotel that looms over the city centre. “Most bombed hotel in Europe. Blown up 33 times.”

“Because that’s where the journalists stayed.” 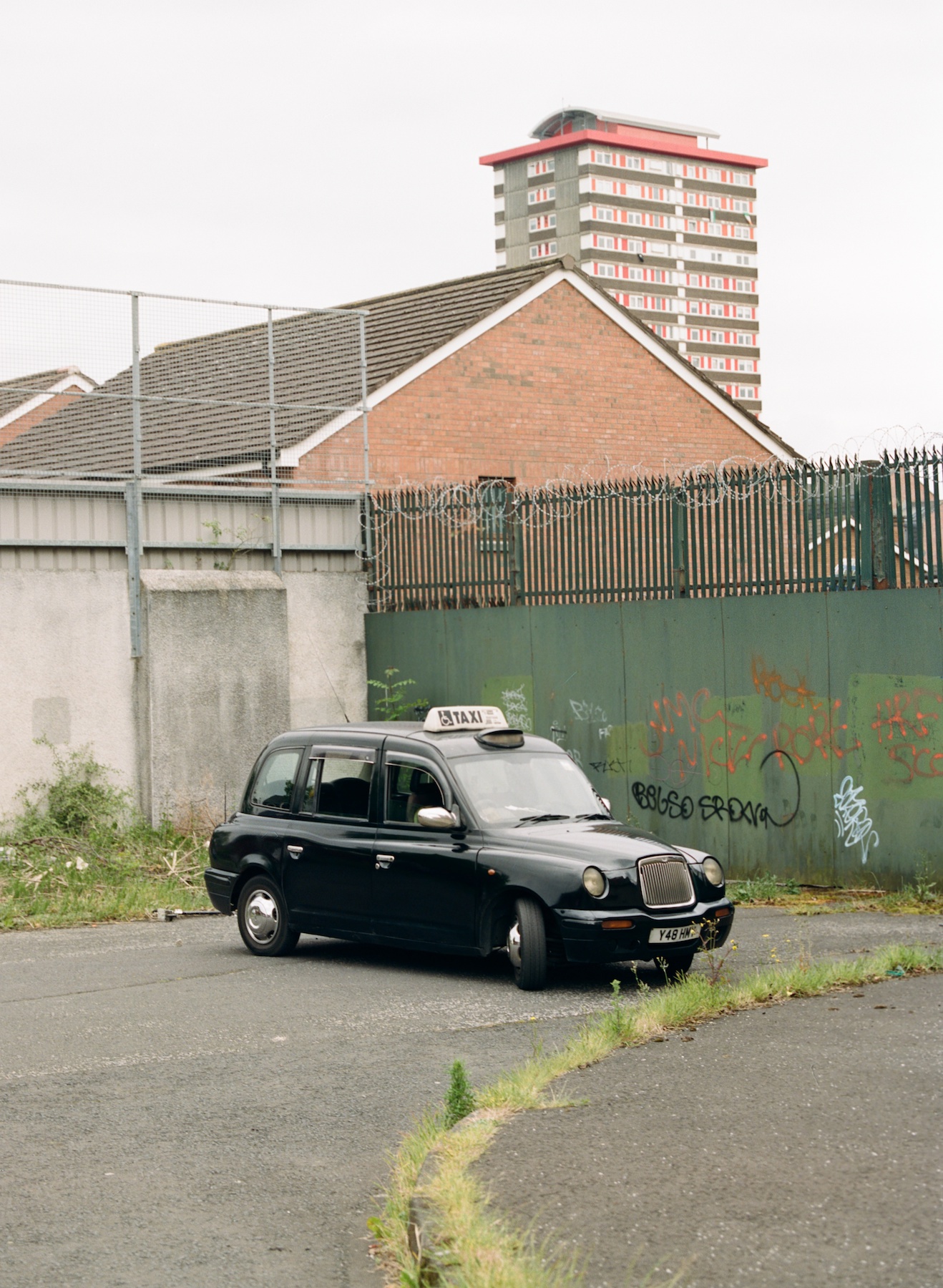 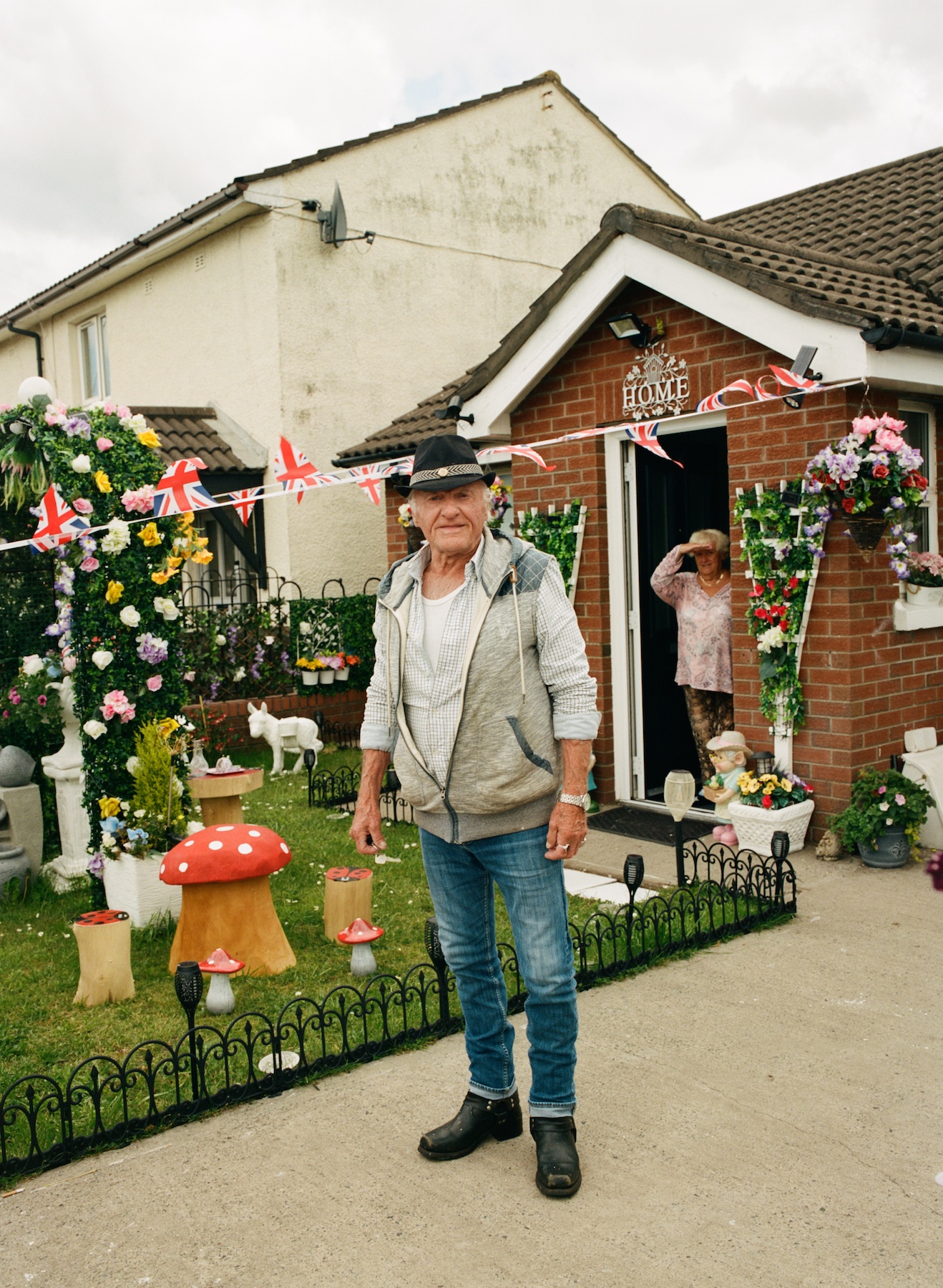 Isaac and I touched down in Belfast in the early hours of Friday morning. It’s a gloomy day. The wind howls between the red brick office blocks in the gentrified city centre.

Jim, our tour guide, picks us up outside our hotel in a black cab. He’s a loyalist: opposed to a united Ireland and loyal to British rule. He’s also an Ulsterman: a descendant of the northern county of Ulster.

“I’m more British than the British,” he says, “cut me open and I’m orange, red, white, and blue.”

In the years since the Good Friday Agreement, sectarian relations have improved. So much so that for almost a decade, Jim has been giving black taxi tours of the peace walls. “We’re holding hands with the Catholics,” he shrugs, “but we’re not exactly kissing.”

Ahead of tomorrow’s parade, almost every house in the Shankill is decorated with flags and banners dedicated to the Queen. “If there’s somewhere in the world that’s more British, I’m yet to see it, boys,” he says, with a glint in his eye. 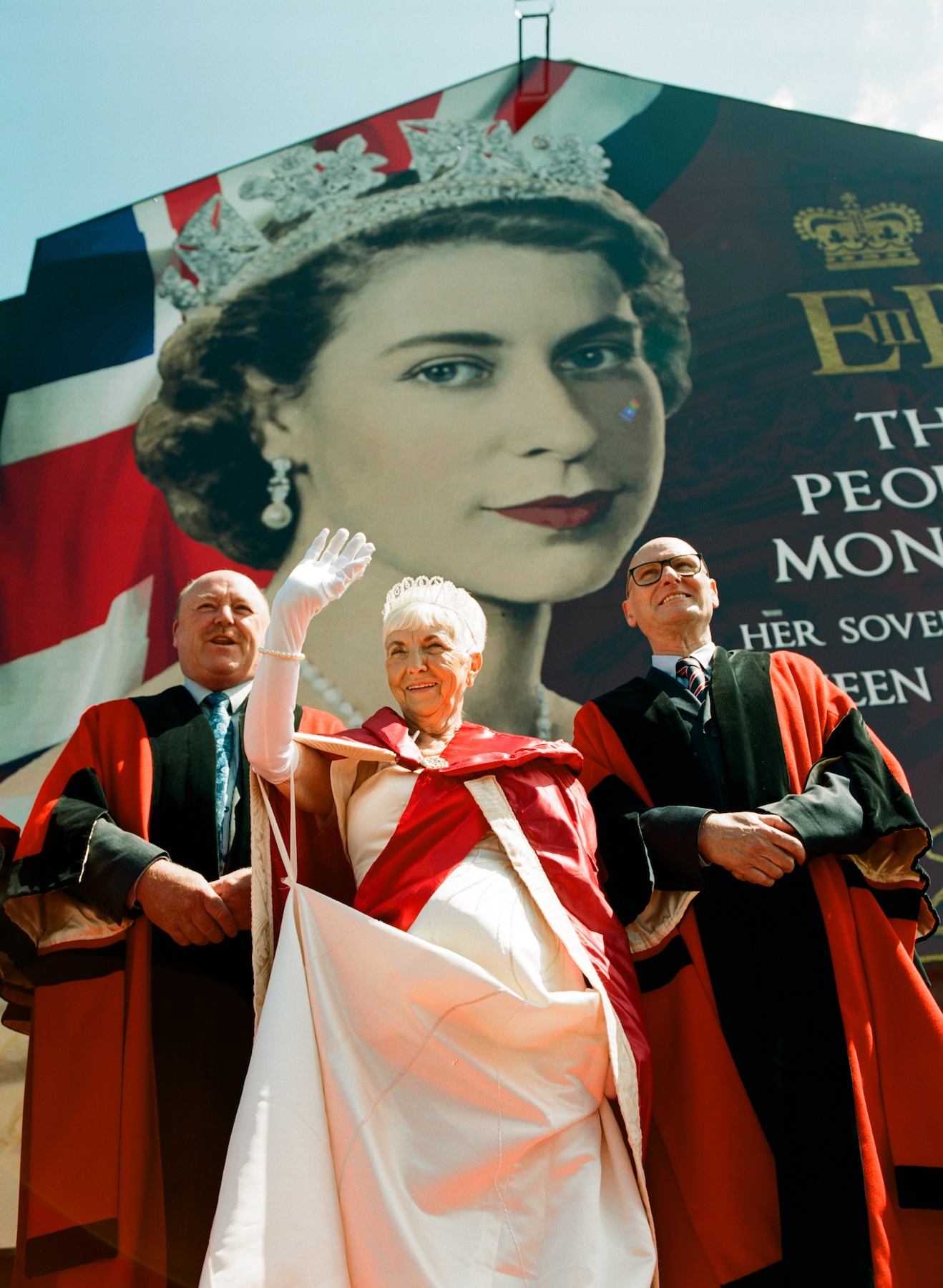 To an outsider, it seems like a strange irony that one of the poorest neighbourhoods in the UK is also the most patriotic. But then, these aren’t empty gestures. There was a time when “kicking with the wrong foot”, as Jim puts it, could get you killed. It was here that in 1993, an IRA bomb blew up a fish shop, killing eight protestant civilians.

Then there were the Shankill Butchers, who, from 1975 to 1982, lived up to their name by kidnapping, torturing, and executing Catholic civilians. “We don’t like to talk about it; boys, it was totally wrong.” Jim says. “But it did put the fear of God in them.”

In the evening, Isaac and I walk to a bar on the Shankill Road. Here, as on the mainland, pageantry and debauchery go hand-in-hand: a lively band plays Van Morrison covers, while punters play spin-the-wheel for cash prizes and bottles of booze. The locals are friendly, if not suspicious of what we’re doing here after dark.

The next morning, we’re back in the Shankill for the Platinum Jubilee parade. It’s a balmy day in Belfast, and the Divis mountains stand tall on the horizon. At two o’clock, the community is unveiling a new mural to commemorate Britain’s longest-serving monarch. Jim assures us the parade will be peaceful – the Queen’s Jubilee is a non-event for most Catholics – but there are armoured Police Service of Northern Ireland vans blocking the side streets just in case. 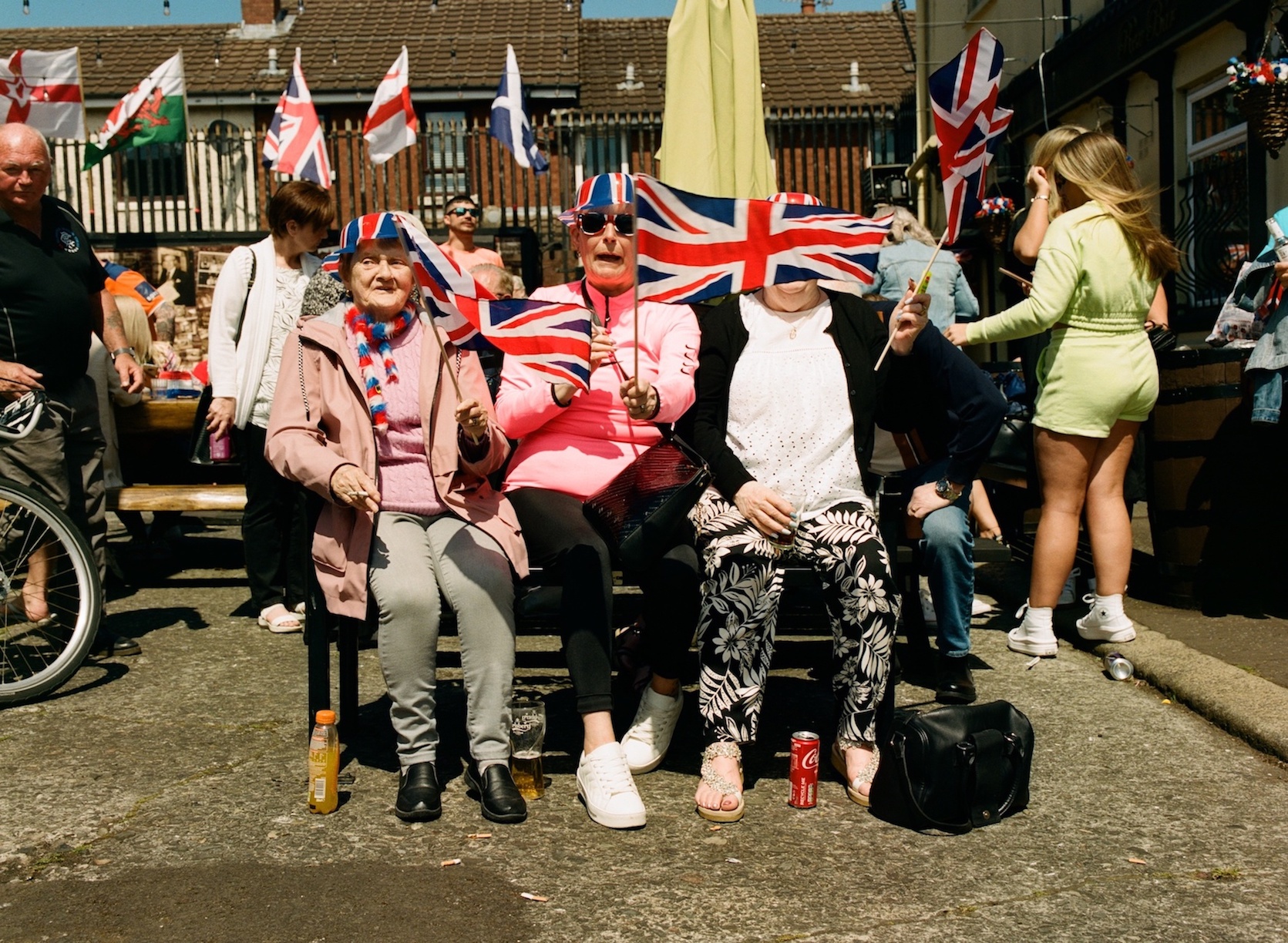 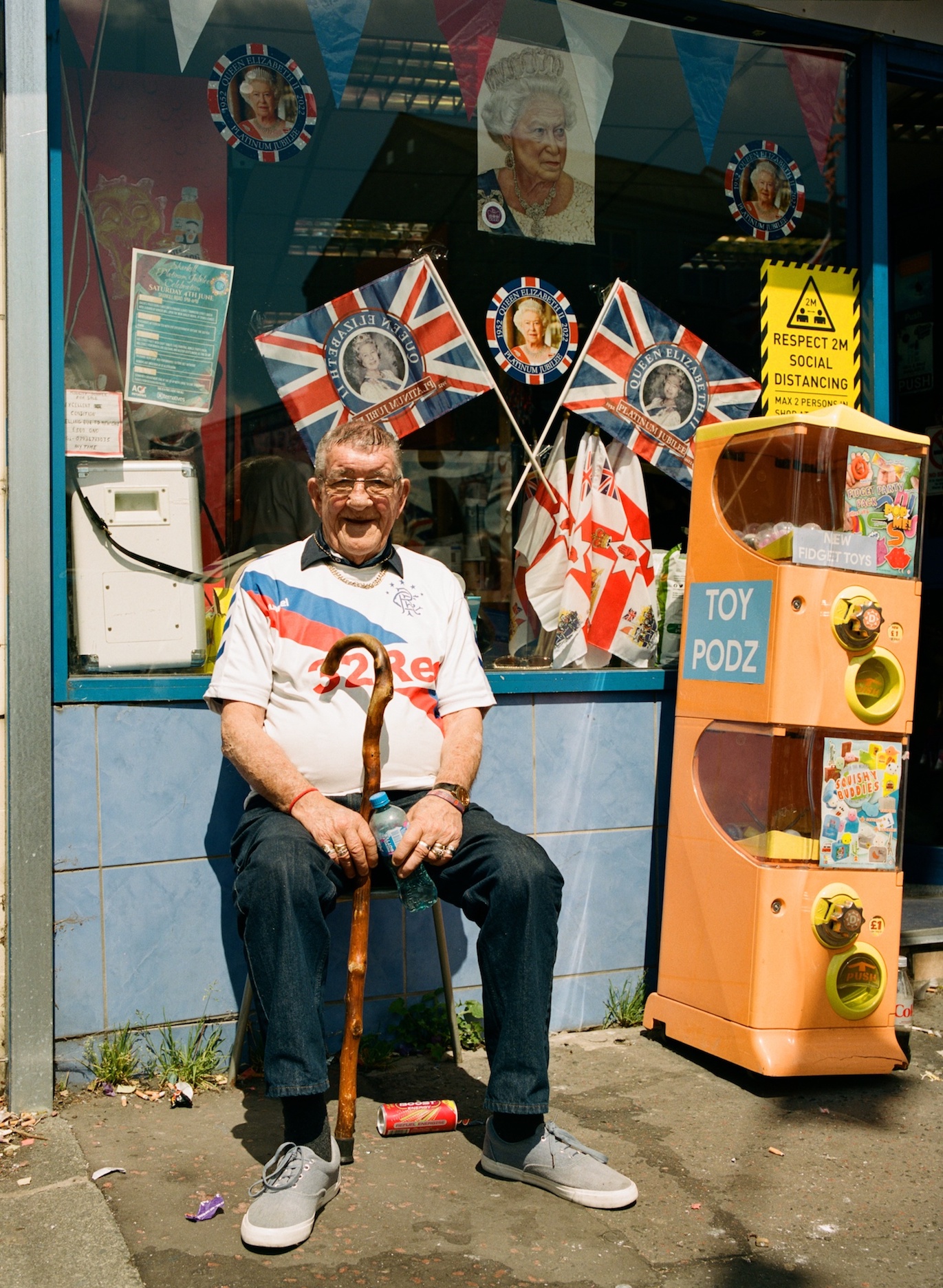 The procession appears as a red and blue snake on the horizon. 3000 protestants spill out onto the streets in a pastiche celebration of British identity: there’s folk dancing, fancy dress, and more plastic flags than people. The ages range from very old to very young with very little in between. Old men raise their glasses as the floats roll by the bars and the pubs. Young boys pose for pictures in the front seats of the riot vans. Young girls chase each other with bubbles and silly string.

“Days like today mean everything to our community. It’s our whole culture; our whole way of life.” John, a senior Shankill resident, tells me. “I love the Queen. Everyone else here loves her too.” I ask him why, to which he responds: “She’s a hardworking lady.”

The parade stops on the Crimea Street junction. A local woman, who is dressed as the Queen, steps out of a horse drawn carriage. She walks towards the off-licence on the corner of the street. A Union Jack covers the side of the building. The woman waves to the crowd. They cheer in return. She pulls away the flag to unveil a 30 foot mural of Queen Elizabeth II. 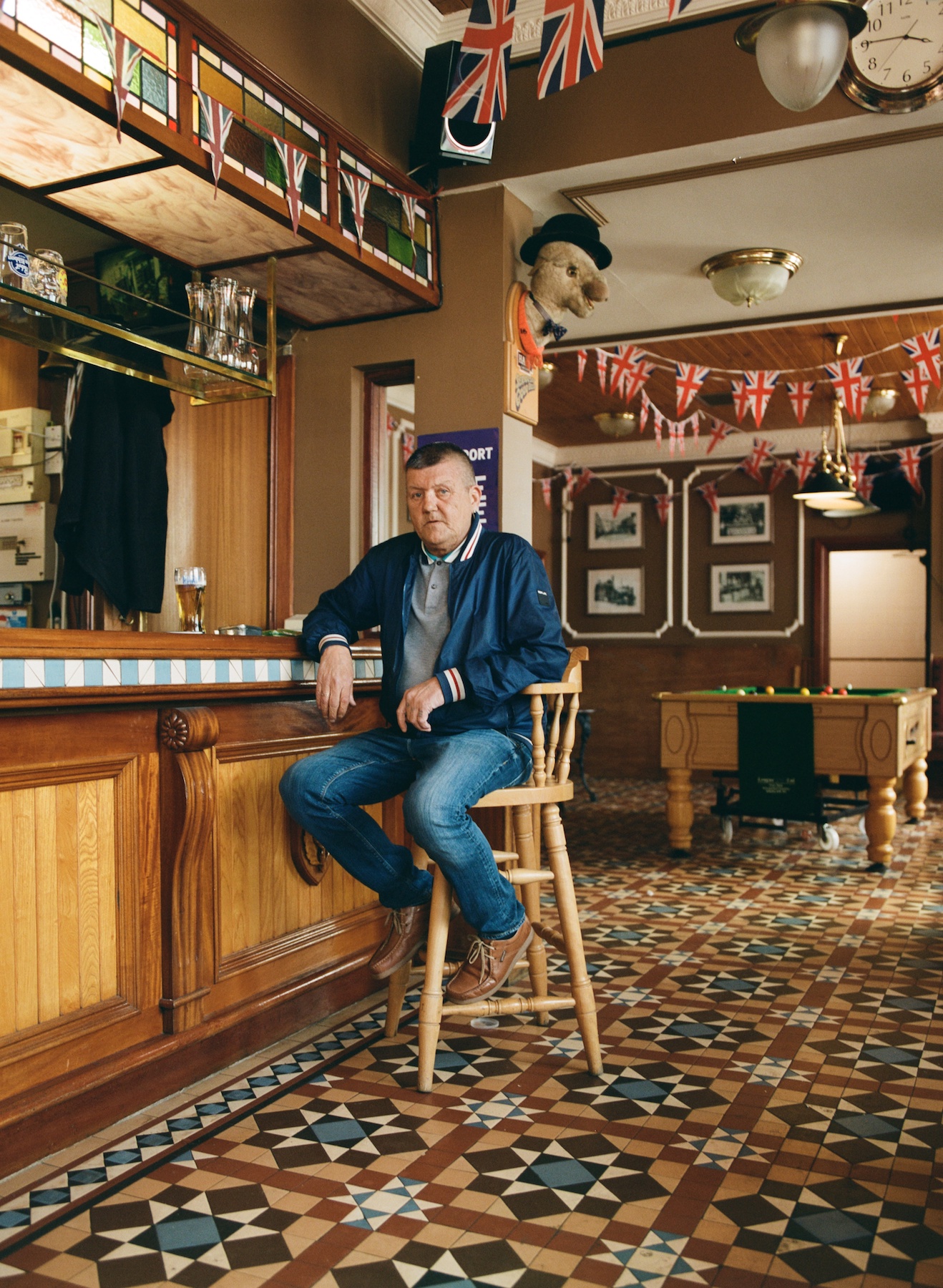 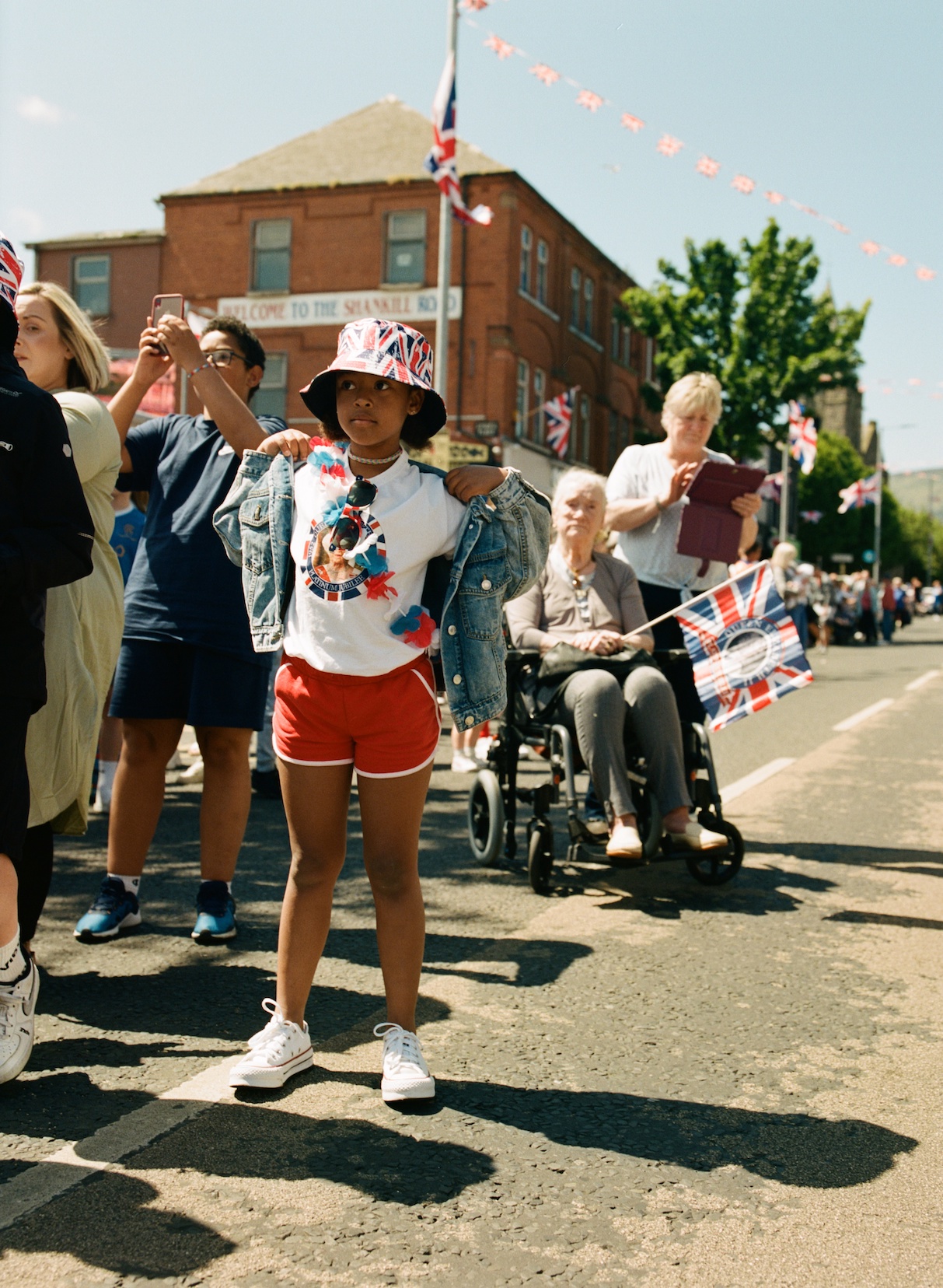 As the sun begins its long, slow descent over Belfast, Isaac and I head to a local pub: the aptly-named Diamond Jubilee, a Ulster Defence Association haunt, that first opened its doors in 1895. The regulars at the bar watch the Epsom Derby. One of them, another man named John, has moved back here, where he grew up, after spending years in England. “I’ve enjoyed myself in your country. You enjoy yourself in mine.” We order two pints of Guinness, and play a few games of snooker.

Five hundred miles away, on the other side of the Irish sea, the Queen’s Gold State Coach is leading the Jubilee pageant to Buckingham Palace. A hologram of Elizabeth II waves from the window of the 260-year-old carriage. In the not too distant future, the Shankill will mourn her death longer and harder than most. 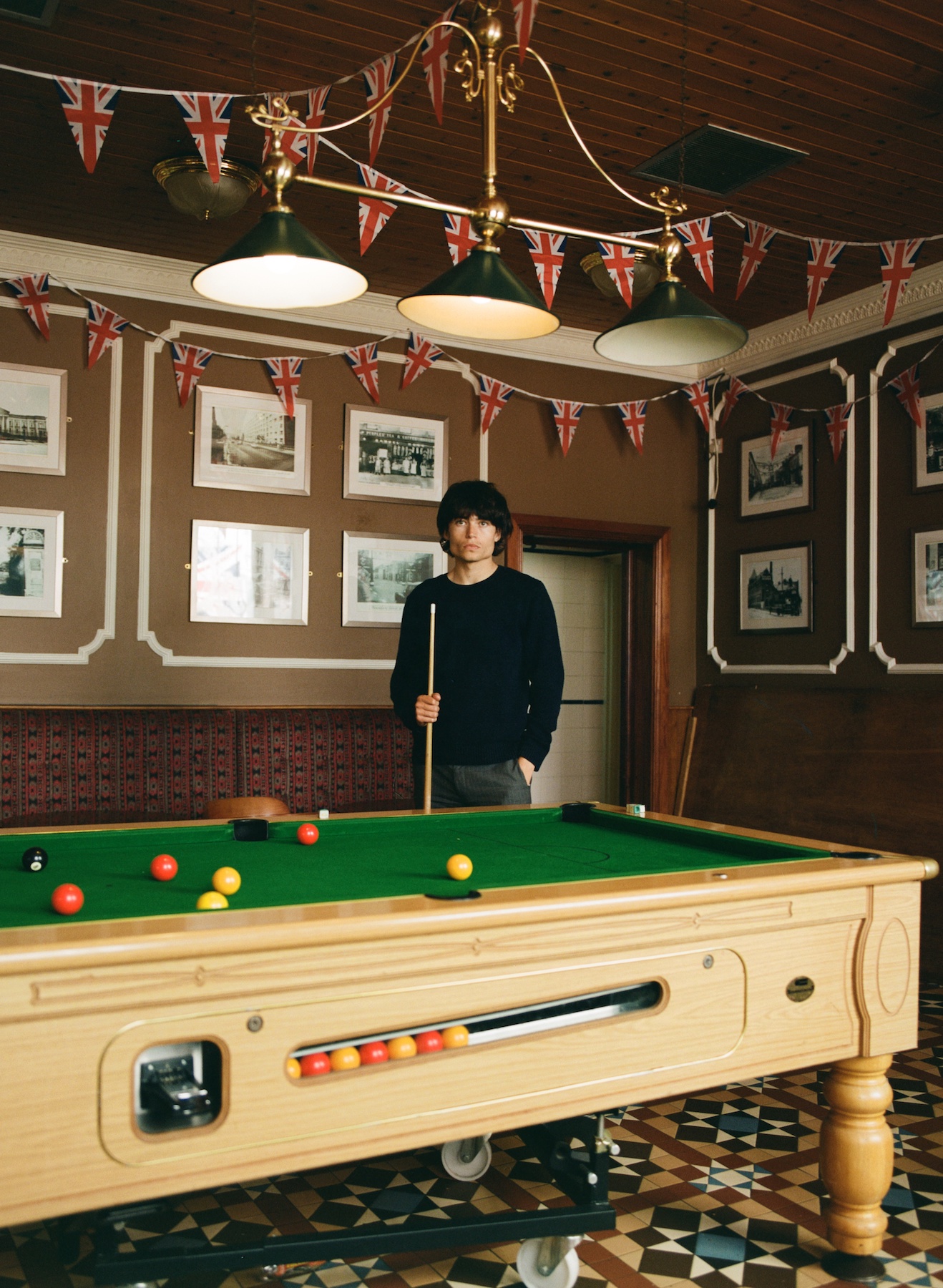 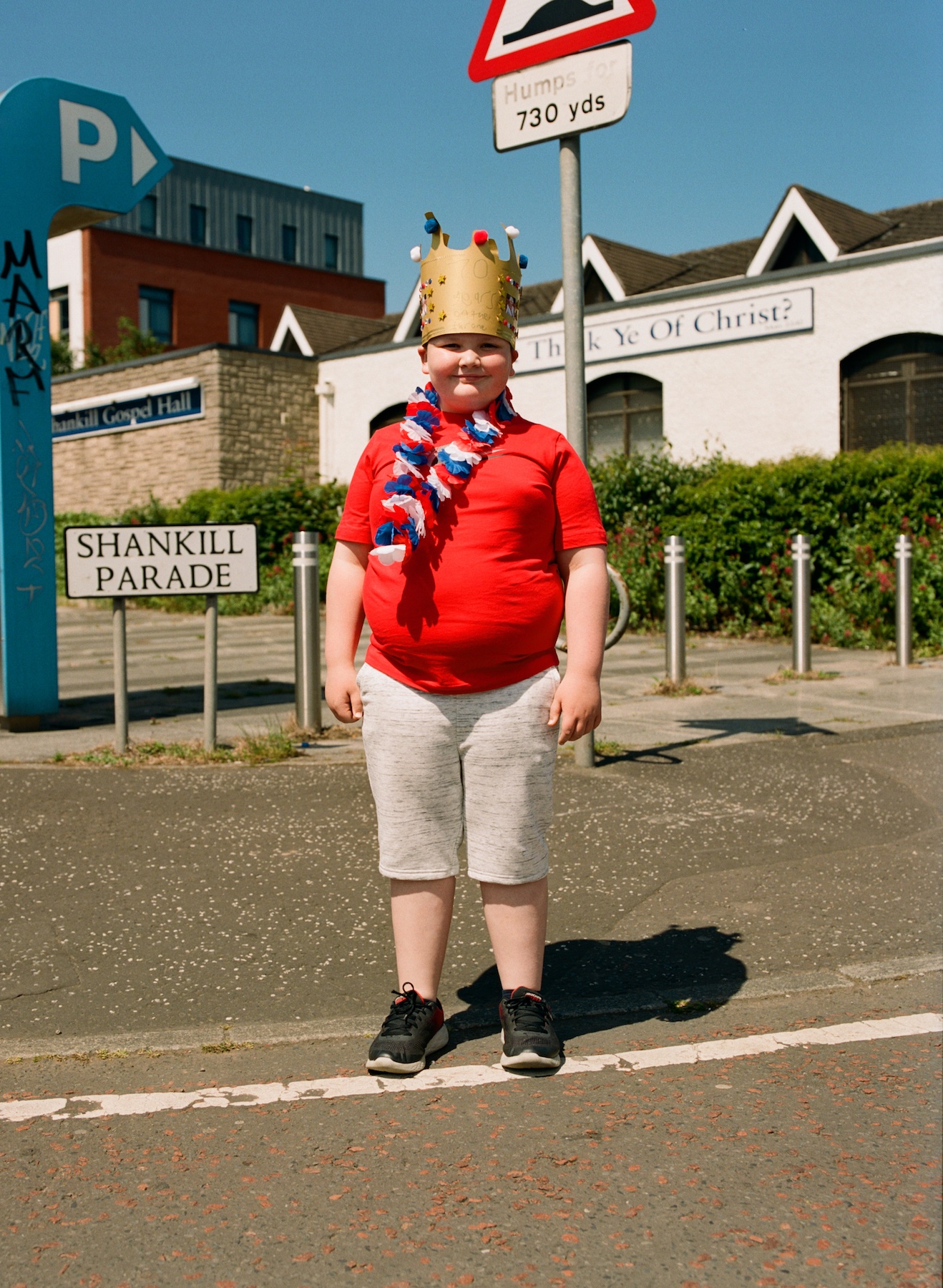 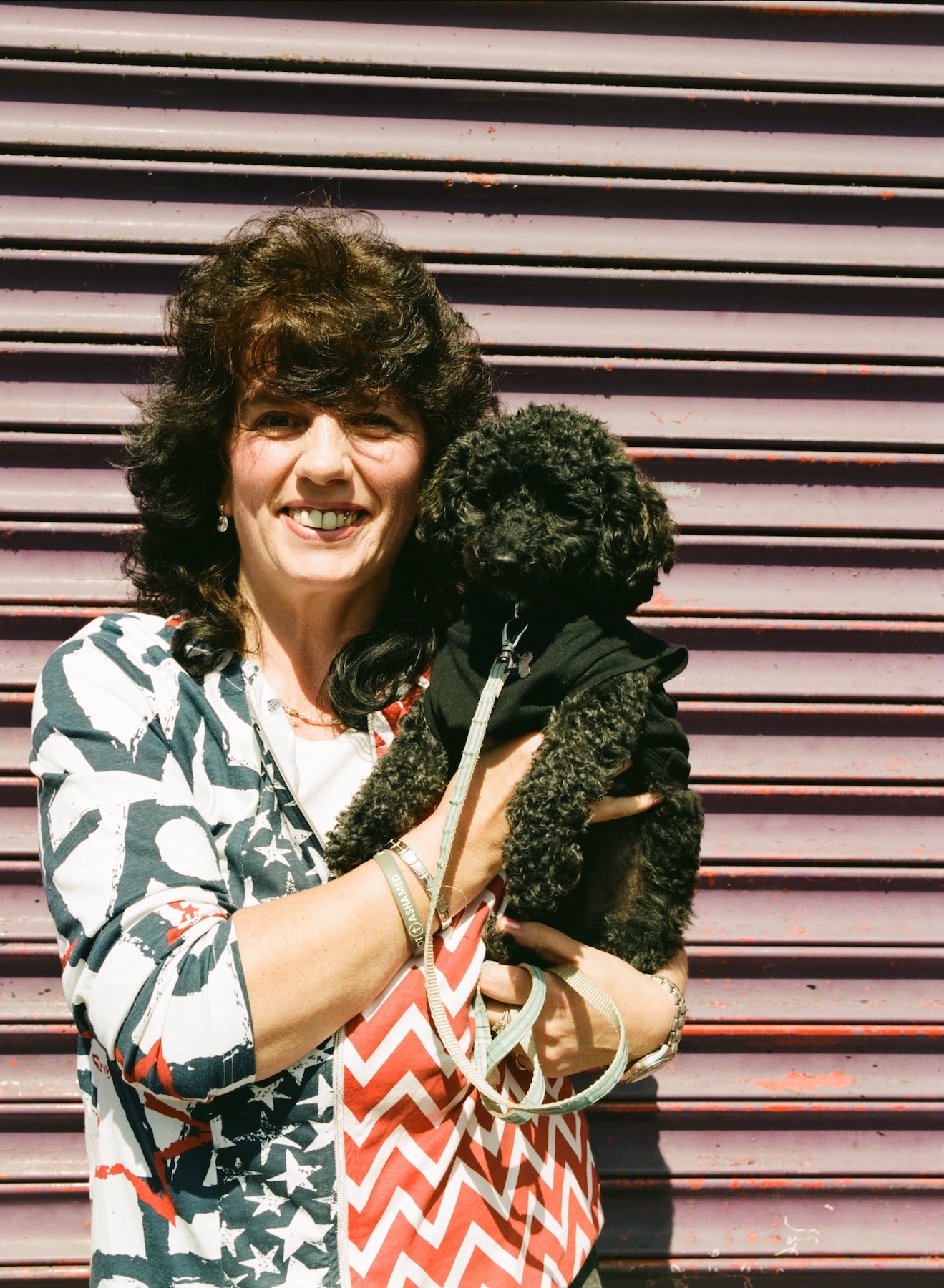 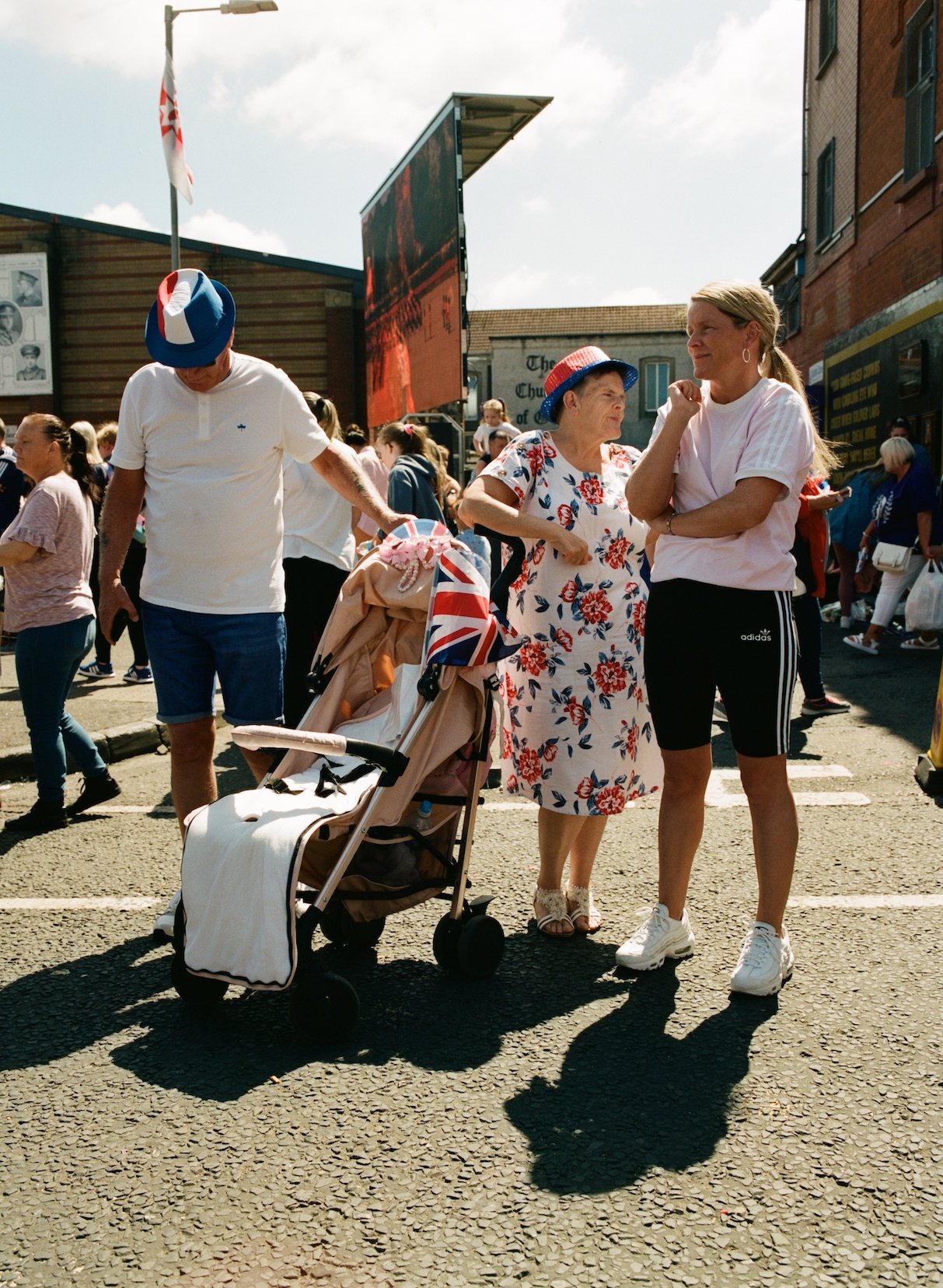 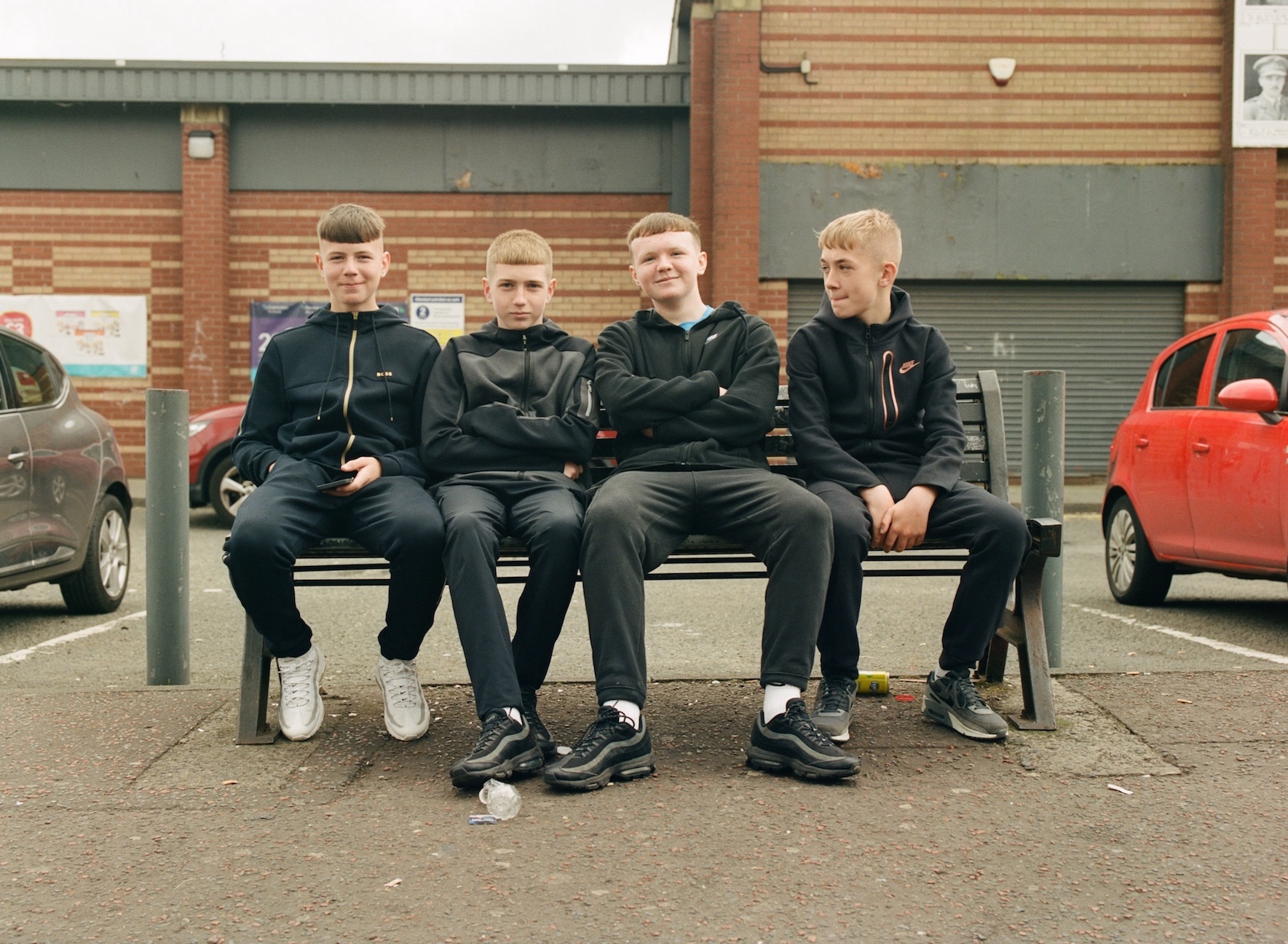 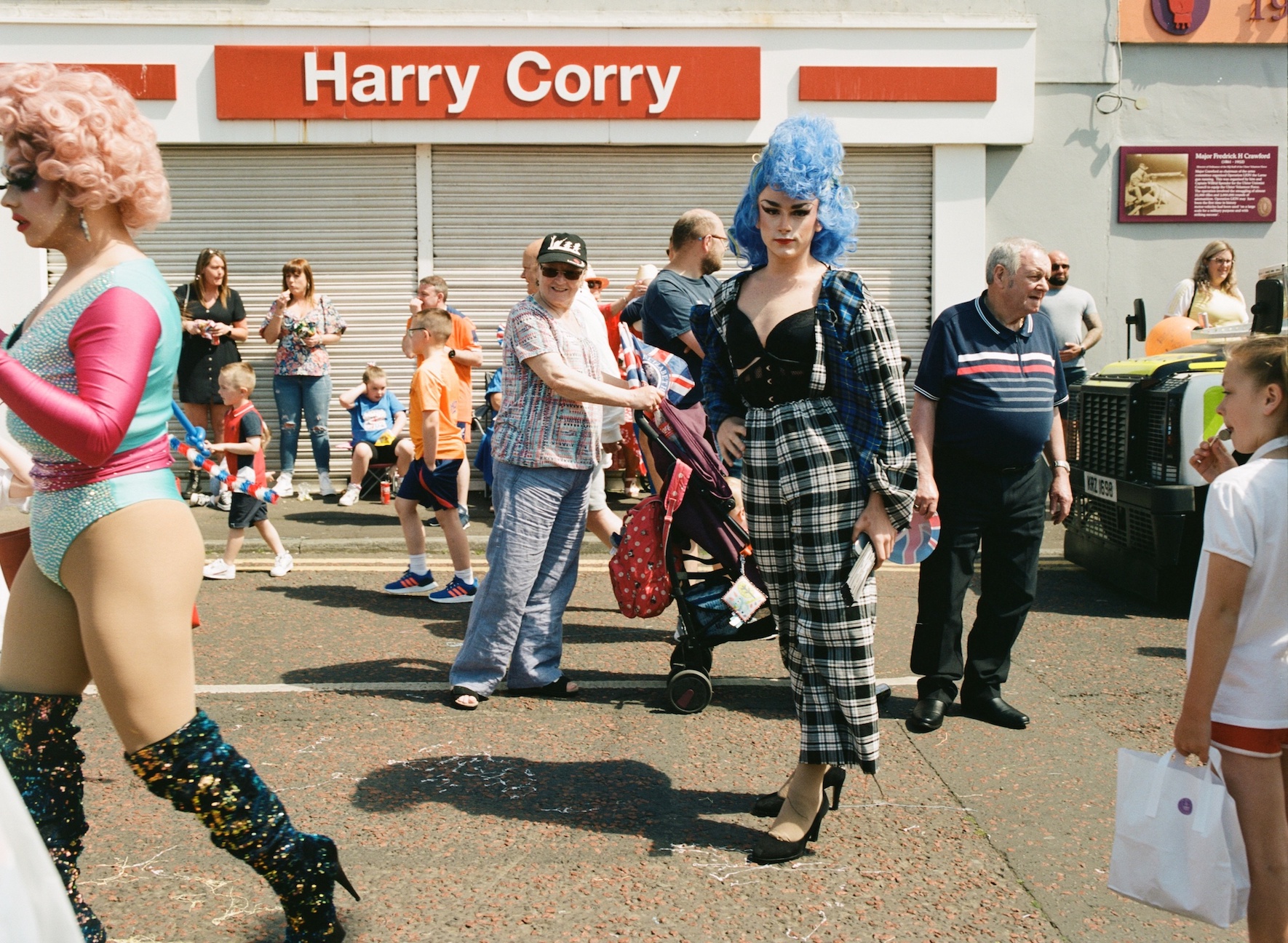 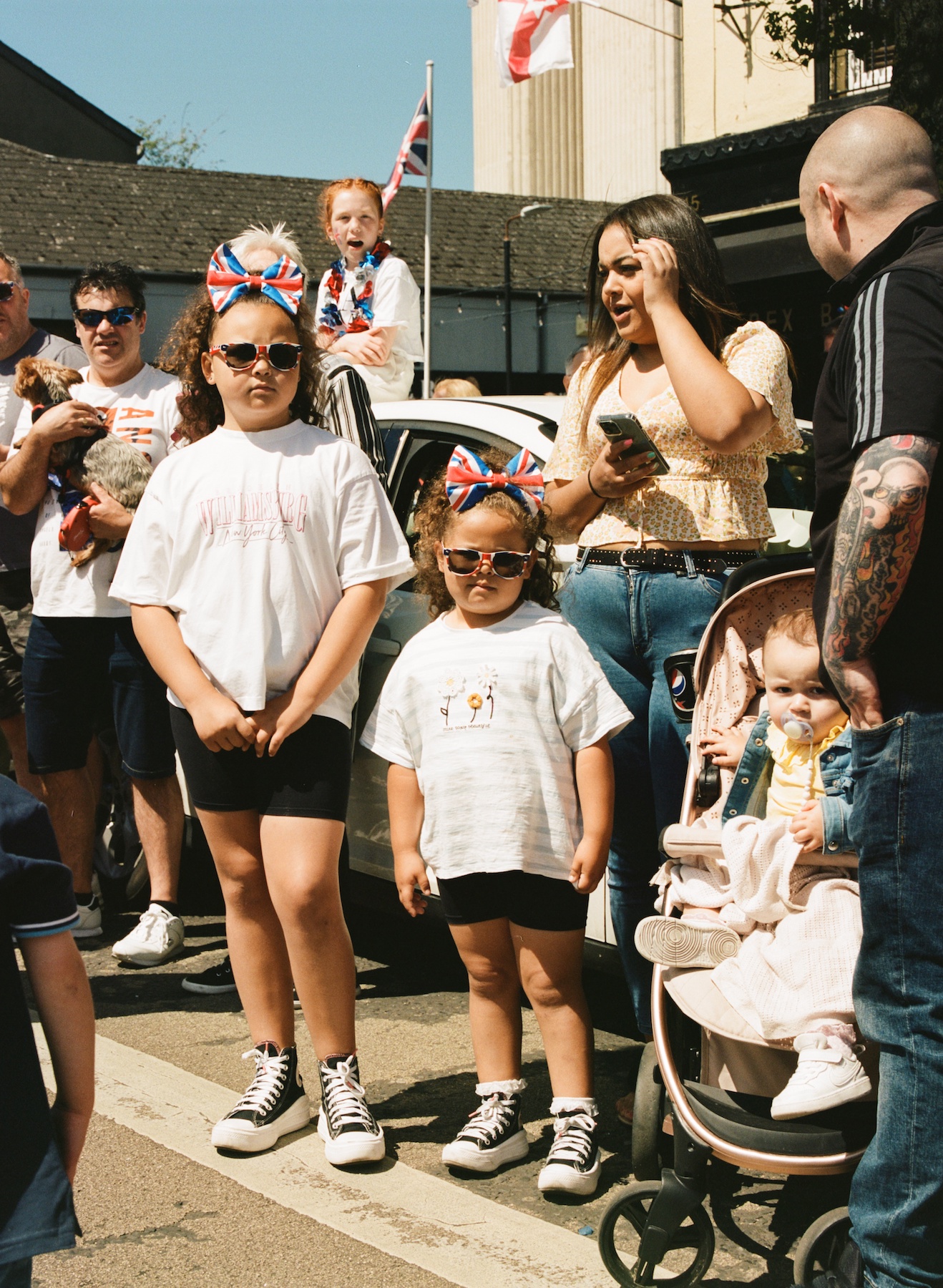 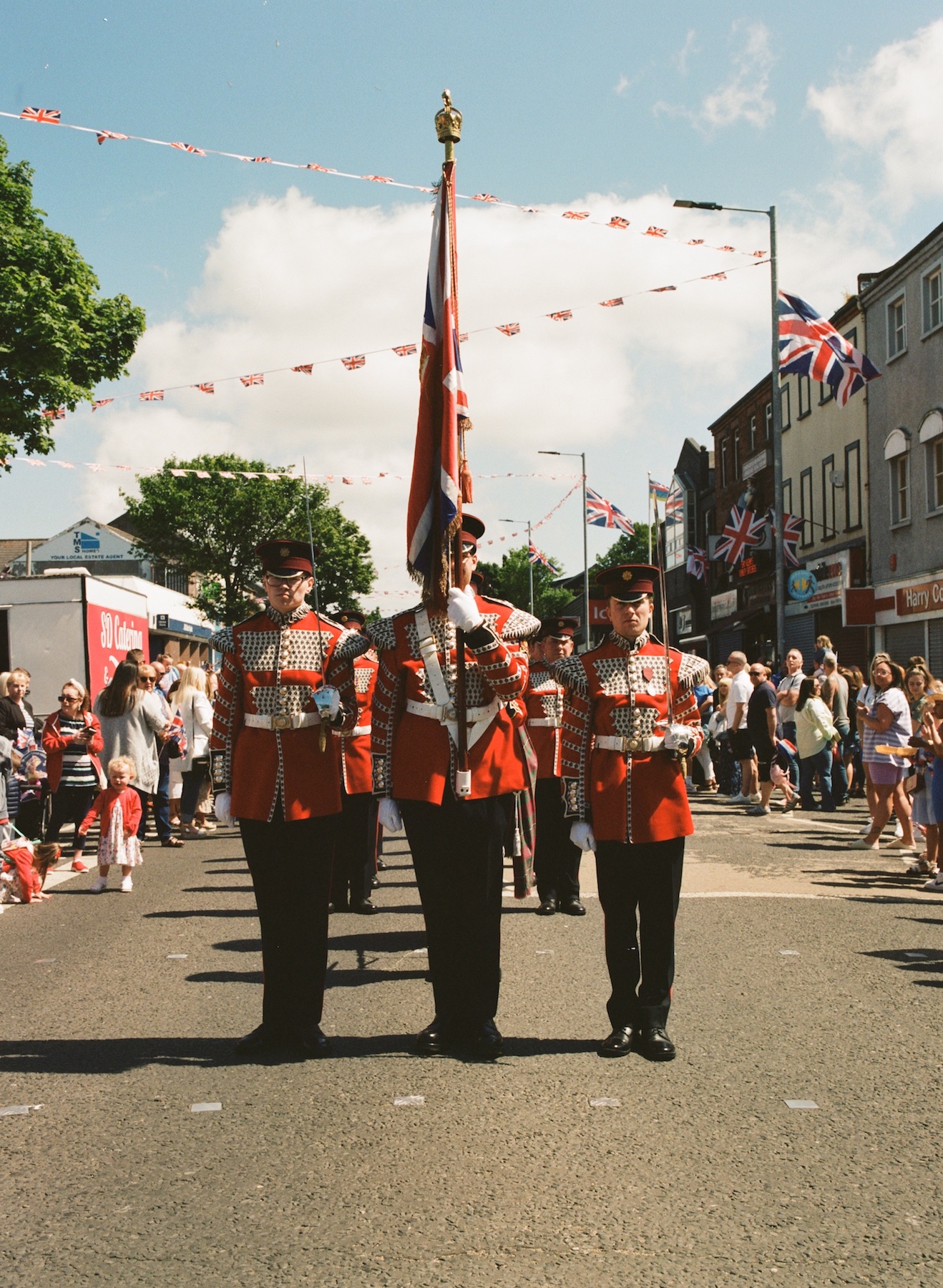 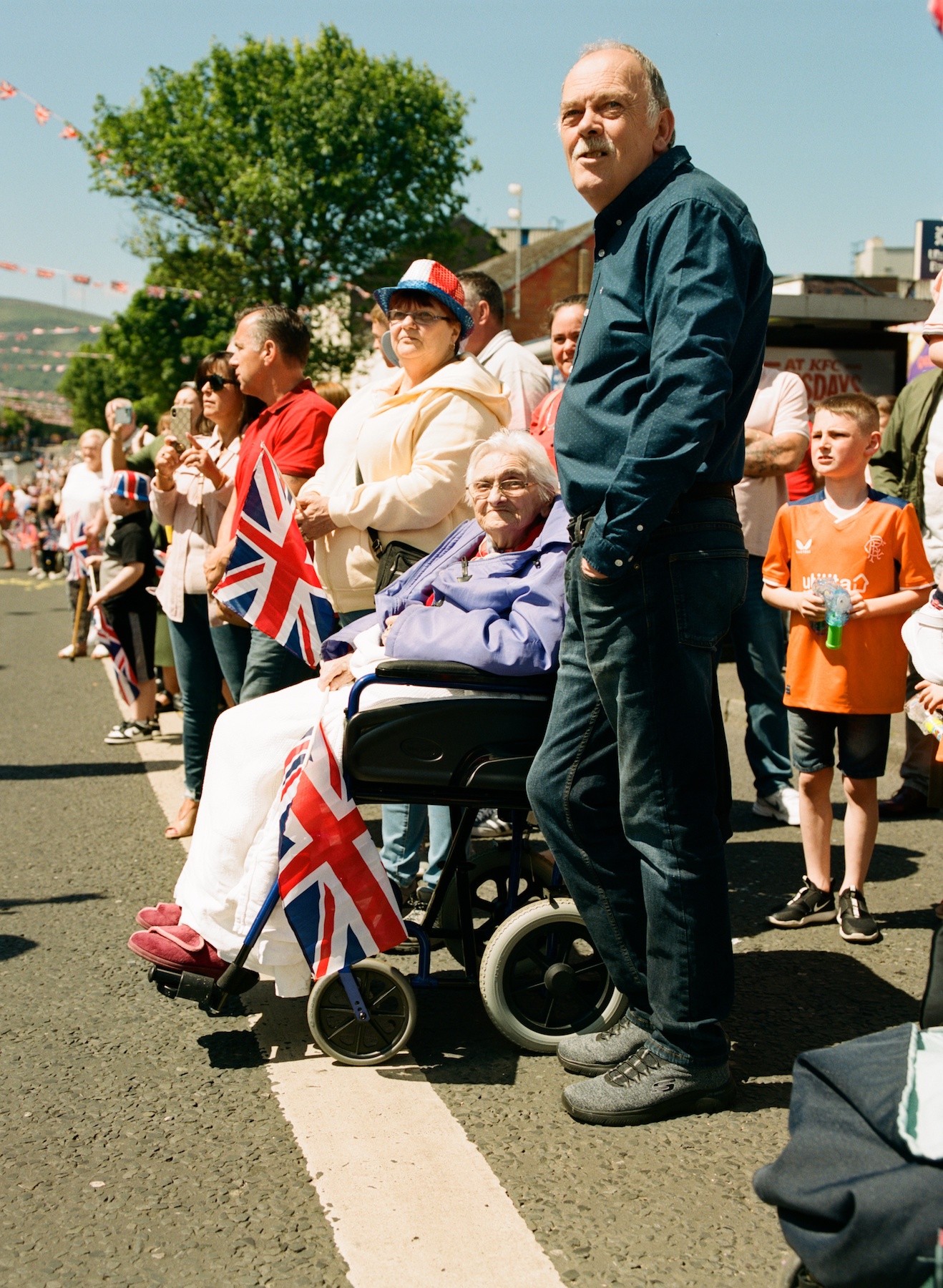 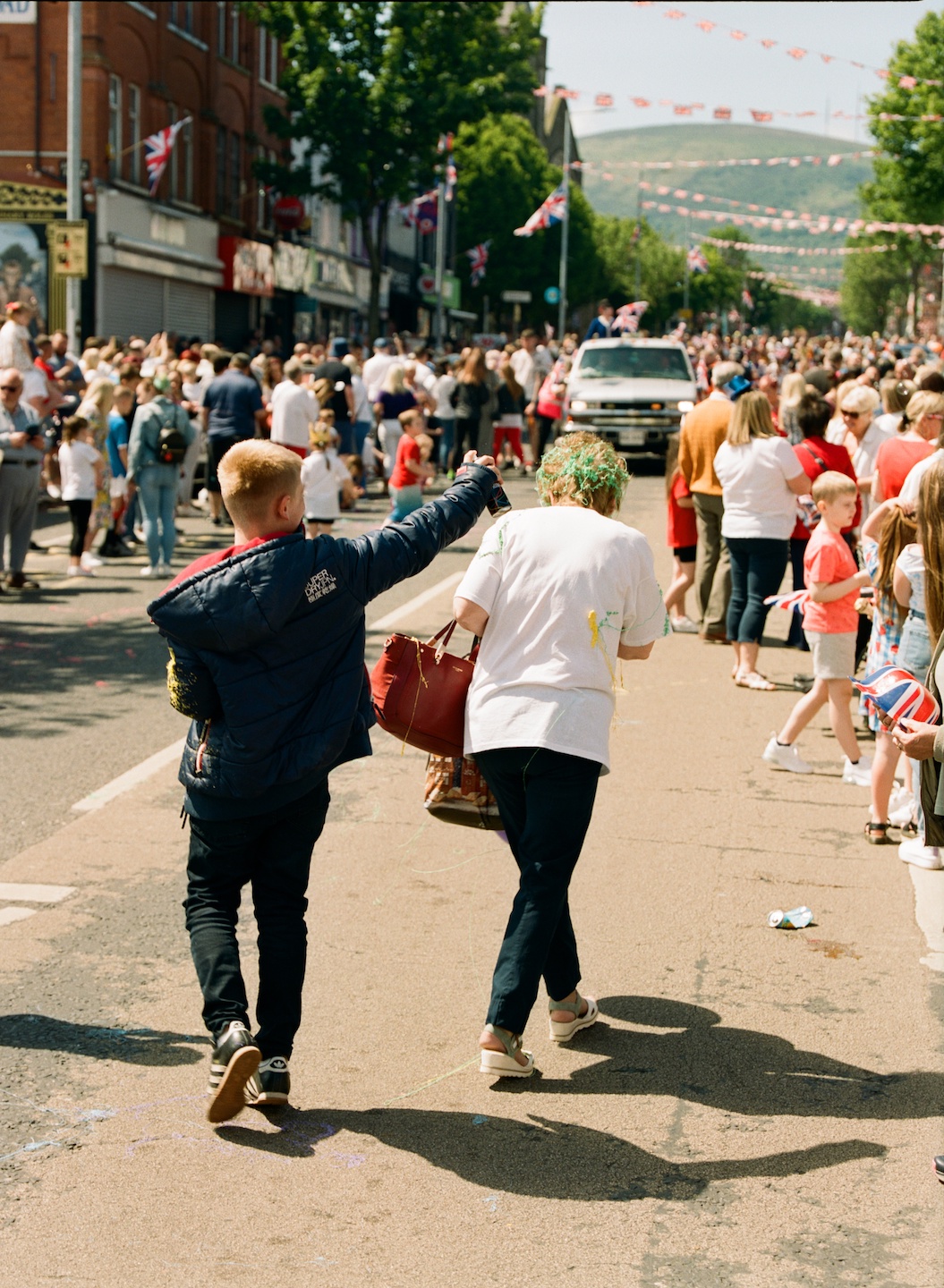 Linkedin
RELATED ARTICLES
OTHER ARTICLES
Mass crustacean die-offs in the North East have led a community of fishermen to take action to save their seas.
The first-generation graffiti artist reflects on the tagging’s emergence as an art form and the players who pushed the medium forward.
Activists and campaigners are fighting back against new laws that would seriously undermine the ability to take industrial action, calling it an attack on fundamental workers' rights.
Taking us through one of the most dynamic years in recent history, Laylah Amatullah Barrayn new photo book contains tender yet confrontational portraits.
A new film from Berghaus traces the story of Adam Raja, who left behind a turbulent upbringing to discover the healing power of climbing.
After blocking the Scottish government’s gender recognition reform bill, Westminster is now devising further changes to the law to make it harder for trans people to self-identify.