Art & Culture / Raven Leilani on failure, sex and the brutality of capitalism 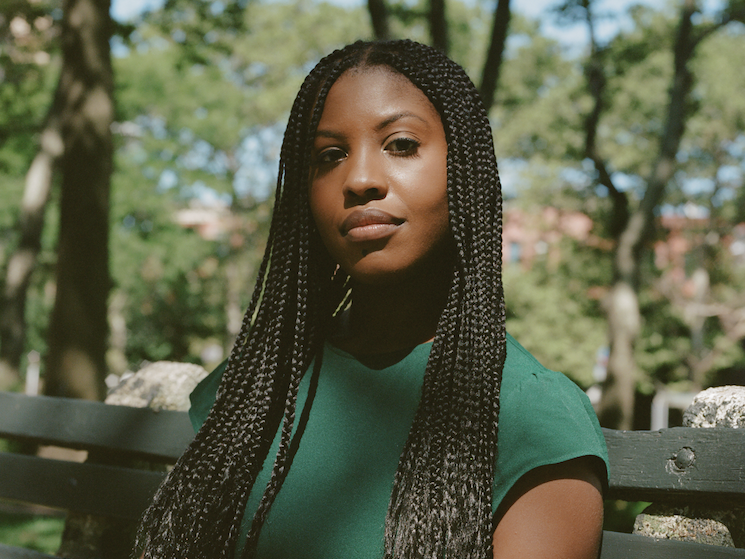 The New York-based novelist discusses her masterful debut, Luster, a book capturing the angst and self-discovery that defines the early-20s quagmire.

The New York-based novelist discusses her masterful debut, Luster, a book capturing the angst and self-discovery that defines the early-20s quagmire.

Luster is a blistering read that defies easy comparisons to the wealth of literature recently published about flawed female protagonists by millennial women (think Normal People, Exciting Times, Queenie, My Year of Rest and Relaxation). The debut novel by Raven Leilani, 30, is indeed a wily beast all of its own making about what it’s like to be young right now, and how both brutal and euphoric that feels.

The book’s protagonist is Edie, a 23-year-old living in New York who’s trying to make art around her day job in a publishing house. She starts a relationship with an older, married man (Eric) and is soon sucked into his family life when she’s evicted and moves into his suburban home with his wife and adopted daughter.

Through a protagonist buoyed by hunger and refusal, Leilani’s book deftly interrogates art, race, gender and capitalism. Ahead of the book’s UK release (21 January), Huck caught up with Leilani to discuss failing to make art, writing about sex and working for Postmates.

How did Luster begin?

When I started Luster, I was in my second year of an MFA program at New York University. I’d come in with a different project, which I thought was going to be the book that I would release into the world. But after my first workshops, I had really meaningful conversations with my cohort and mentors. The question that I got was ‘Do you really mean this’?

When I looked at the project I came in with, I realised that I didn’t! So, I started Luster, kind of in a panic and frenzy. I was working full time and in school full time, so I had to put it together in the after hours. I started [Luster] with what I know and love: the body and art. What it looks like to see a young Black woman, deeply situated in her own body, to seek out intimacy; a Black woman who yearns, who is in the middle of the trial and error that’s common when you’re trying to find something that feels like anything. What it looks like to try and pursue your art when your time is spent mostly trying to survive.

There’s a line in the book that Edie says about her art: “I am good, but not good enough, which is worse than simply being bad.” She’s constantly grappling with failure which is something I think resonates strongly for creative people when they realise they might not make it.

It’s weird to say, but I’m happy that resonated! It’s something I felt all the time with painting, which is my first love. When you’re working within the arts, at least with painting and writing, critique is essential so you’re oriented to compare it to everyone around you and there’s a lot of doubt that you let in through that. There’s a temptation to depict the artistic trajectory as linear but I think it’s messier and stranger than that.

Why did you pivot from painting to writing?

When I was 18 there was a deliberate pivot to writing. For four or five years before then, I’d been in a great fine art programme in my public high school. I was working really steadily with the hope of going to an art school and making a life out of it. But in the last year of high school, I looked at my work and I didn’t feel like I had the talent to do it and I didn’t have the will.

So, I stepped away from it and when I came to writing and writing was hard and I still wanted to do it and I still loved it, that’s when I knew it was different [to painting]. I think as a young person, it’s not just the doubt that you feel but the ego! You have to get to the point when you’re willing to accept there’s technical and craft components you need to address before you can be any good.

When Edie’s applying for jobs she has to adapt her CV and personality to fit different roles. That shape-shifting seems to be something younger generations have to do in the job market to survive. Is that something you felt?

There’s a certain amount of shape-shifting you need to do to adhere to the brutal demands of capitalism but also the racism and sexism Edie feels. She’s often participating in camouflage that is a necessity as a Black woman who understands the layer of protection she needs to move through the world safely.

There’s also that manic tweaking of the CV and trying to get in wherever she can get in. There’s a short section when she’s working for Postmates which I really felt when I was working for Postmates: the feeling of moving from room-to-room and gig-to-gig, and not only barely breaking even but also feeling that essential humanity fraying.

How does that camouflage change when Edie moves from the city to the suburbs and into Eric’s house?

New York is a city that is extremely dense and brutal, but that level of density affords anonymity and invisibility, as well as the need to be hypervigilant. There’s a level of performance Edie has to engage with to move through these spaces. At work, she’s tasked with trying to curtail her humanity, her Blackness, her womanhood, in order to project a professional avatar, which she doesn’t do.

In the city, she understands that her body is in peril and so is hypervigilant. There’s a moment when she’s doing a delivery and notices the white drug dealers out waving to the police. That’s not the kind of visibility that she’ll ever be able to enjoy, so there’s a hypervigilance and containment that she’s tasked with maintaining, which precludes her ability to connect in a meaningful way with people.

And then she moves to the suburbs. In white fiction, the suburbs are framed as a place of safety but, in Edie’s case, because she’s a Black woman, this is not a safe place for her. As soon as she arrives she’s being surveyed and she understands how quickly that surveillance can become violent. 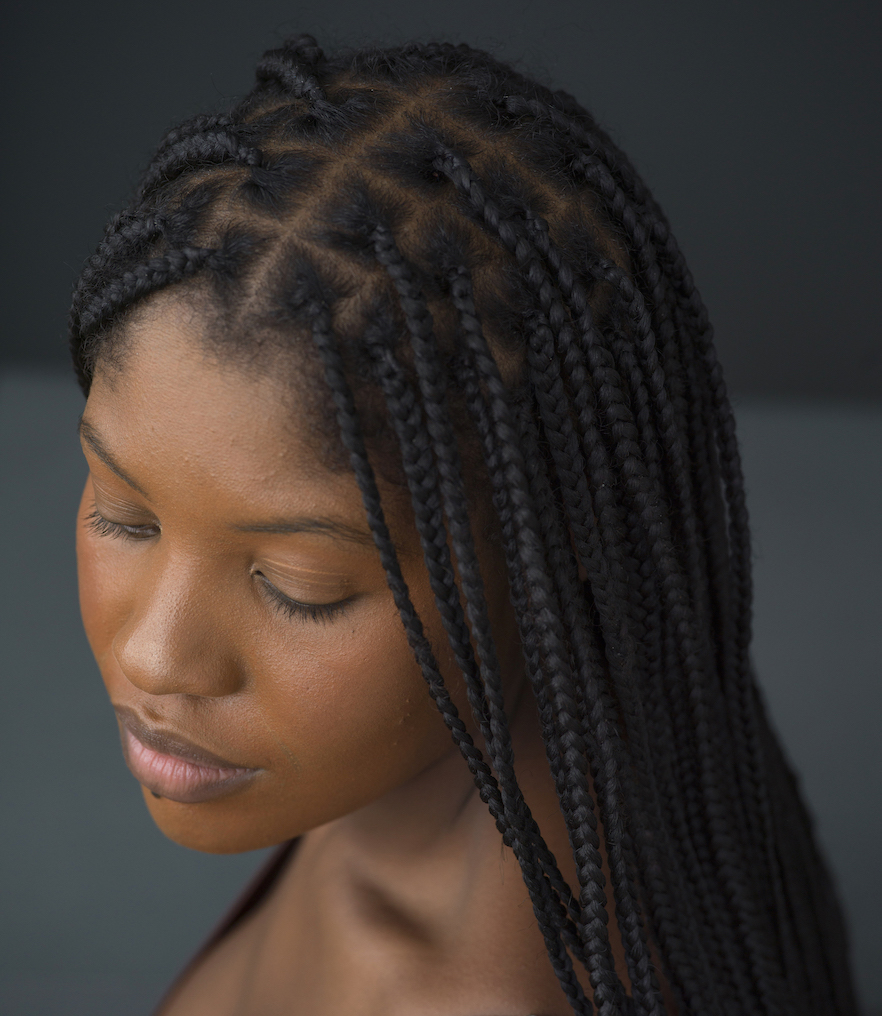 There’s a really sharply observed moment when Edie is at work and goes to see the diversity offerings that the publishing house has and they’re either slave narratives or gang romances. What did your publisher think of that scene?

This idea of diversity, which is necessary but often shallow and a ‘sexy mission’ statement, allows for the commodification of Black trauma in a way that flattens the experience. [I wanted to] write honestly about what it’s like to be Black at work and what it would mean to try and write while understanding the demands of a market which is often invested in this commodification of Black pain.

This summer, we did have a reckoning with marginalised writers and where they fit in in publishing, and how much room we give them to tell nuanced stories about their experiences that aren’t written for what has long been considered the default audience – the white audience.

When Edie moves into Eric’s house she’s in a strange position as both outsider and insider to the family. What was it like writing that portion of the novel that is so intimate it’s actually sometimes really uncomfortable to read?

And it was really difficult! They’re the chapters I despaired over the most. It was tricky but important that I moved Edie into the house because it allowed me to draw these characters closer to each other so they would have to contend with the power differences between each other. It is also one of the few places where Edie is able to let down the mask and form meaningful connections with the women of the house.

The sex in the book is pivotal to character dynamics but really messy and unromanticised. Was it fun to write?

It’s extremely fun. There’s a cyclical discourse around whether sex has any place in fiction, and I definitely think it does. But I’m also a person who writes about the irritated bowels of my protagonist, so I naturally would think it’s important to talk about the drama of the body that we’re often tasked with suppressing and prettying up.

It’s like when you visit someone for the first time and you smell the smell that’s specific to their house that of course, they can’t smell it. That’s what I wanted when writing the sex: I wanted to depict what it looks like to look in on the secret language that exists between two bodies that are becoming acquainted with each other.

I wanted to write it in a way that felt extremely focused on the technical logistics, the way it’s silly, the way there are different kinds of sex, sex that’s desperate and sex that’s ecstatic, the sex you have with someone new and some who’s not new. Sex as a timeline, sex as annihilation, sex as discovery.

This interview has been edited and condensed for clarity.

Luster is published on 21 January by Picador.

Linkedin
RELATED ARTICLES
OTHER ARTICLES
A new series of photos by Johny Pitts shines a light on communities and subcultures that have all too often been overlooked.
Students are being left to languish in unsafe housing, in some cases leading to serious health complications.
Photographer Bud Glick recounts documenting everyday life in the area, and what it taught him about the Chinese immigrant experience.
A series of photos by the late Jerry Dantzic taken in 1957 show a tender side to the iconic Jazz musician.
One year on from the fall of Afghanistan to the Taliban, Tiara Ataii speaks to those who have been forced to make the treacherous journey to Europe for safety, and the barriers and horrors they have faced.
With the UK now set to run out of vaccines, people working in the sex industry – particularly outside of major cities – have been left especially vulnerable, reports Brit Dawson.