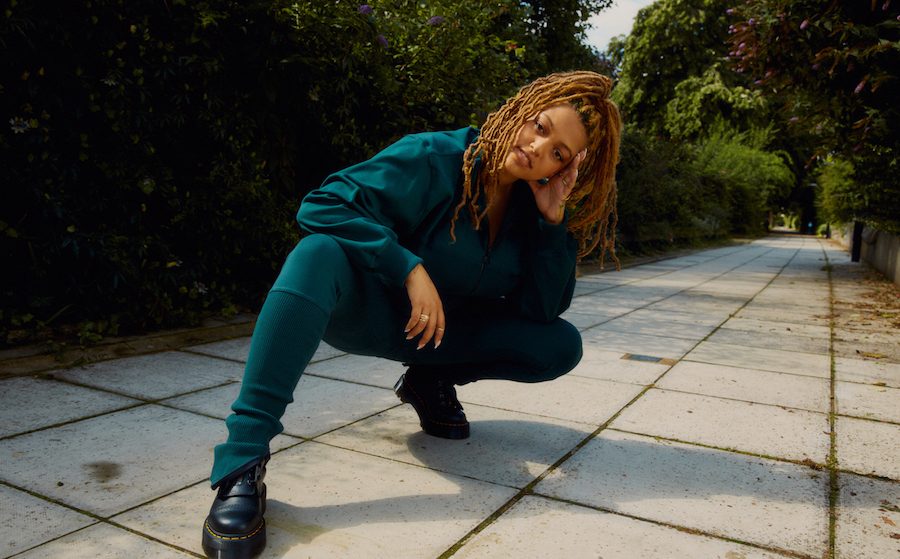 From tapping into her roots and keeping an open mind, the singer shares the wisdom she’s gained through her career and while making her latest record.

From tapping into her roots and keeping an open mind, the singer shares the wisdom she’s gained through her career and while making her latest record.

Mahalia is sitting on the sofa, burning palo santo, and reflecting on her first decade as a signed singer-songwriter. While all seeds grow differently, the 23-year-old Syston (about six miles from central Leicester) native’s journey started early. Pub gigs at age 11, an EP at 14, two albums by 21, a grammy nomination, a role in BrOTHERHOOD, and now a pivot into mentoring others (alongside making music).

The singer has always been navigating her artistic journey from her own lane. EPs drop sporadically; she says she’s currently “vomiting singles”. She’s a frank storyteller: “Last night you sent a text to him, made us have a fight, made a mess of it” opens ‘Letter To Ur Ex’, the title track for her new album.

‘Letter To Ur Ex’ from Mahalia’s upcoming record marks what she calls the beginning of  “the next part of my journey”, or “Mahalia 2.0”. Getting there has involved “a roller coaster of experimenting and learning, until I finally found the things I was looking for, and then enjoying the ride of making it,” she says.

Below, Mahalia shares the lessons she’s learned through her career and making the record, from staying authentic to getting over worries about not being as good as other artists.

Tap into your roots

“Growing up, I didn’t realise how much my experiences and geography affected my music. All of my little quirks – the way I write, the way I sing, the music I want to make all comes from how I grew up. My dad used to say that I write the same way that I talk to my mates, and I think that honesty is a key part of what I do well. Not to sound like a total twat, but one of my favourite things about me is my honesty. When I think about Leicester and my mates, it was always honest. Sometimes brutally honest. I think that it’s important to write from a place that is authentically you.” 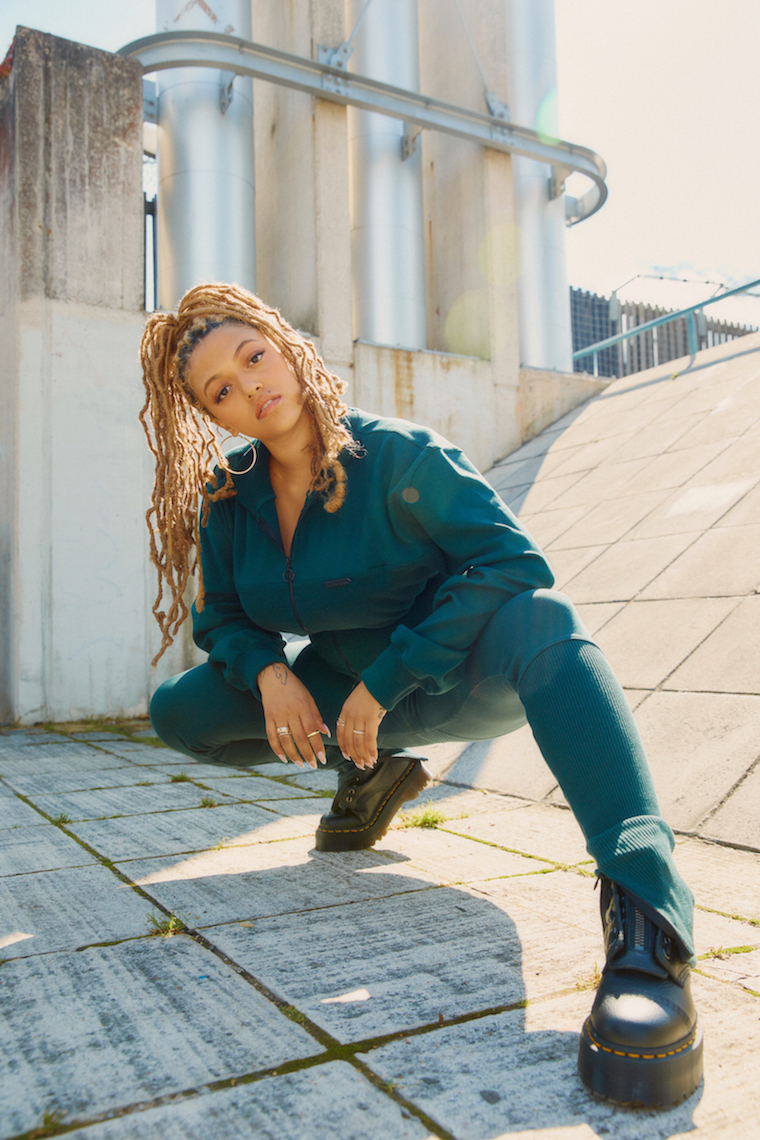 “Last year I got a bit lost. I was stuck in my flat in London, trying to work out who I wanted to be on the next part of my journey. I had to push myself out of writing the things I knew, and spend time trying out sounds and publishing music that felt new. So I did that. I’m proud of the tracks I put out last year, but I’ve come to the conclusion I didn’t really love some of them. They’re probably not the route I want to go down. However, I think it was important to at least see if those ideas worked within my artistry. It was necessary to find I was less into some things because now I’m writing stuff I really like. You have to be able to fall quite a lot.

“Finding the drive to keep pushing through creative blocks or not liking songs you’re making is hard. I don’t really know how you find it, I think you just hope that you will every day and then sometimes, eventually, you do. But I think the point is to not be scared of fucking up when you are creating. I used to be scared of writing a shit song, but I’ve realised I have to write my way through a load of shit in order to get to the gems. Inspiration is a whole other thing; that usually comes at random moments. Being open to allowing ideas into your life is so important. Look around you and wonder: ‘could that be a beautiful song?’”.

Don’t get neurotic when other artists blow up

“I’d be lying if I said that seeing people come out of nowhere and end up better known than me didn’t affect me. It’s hard to watch; I look at myself like ‘what the fuck am I doing wrong?’. Like, what is it that I’m doing or not doing that isn’t allowing me to have a similar trajectory.

“I’ve learned that in those moments, you have to look at the artist you want to be. I know that I want to be able to tour forever and have a really long career that sustains me creatively, too. I also have personal goals like buying a house and starting a family. So I get frustrated by it, but I also realise I’m playing a long game. That helps to silence the noise of people who are my age or younger and have gone stratospheric. You have to just hope you’ll eventually get to the same place and keep focused on doing what feels good within your creations.”

“I’m a serial people pleaser. Always have been. I’m from a fairly big family, the only girl, and I was always trying to keep the peace – making sure everyone was happy. I still do. Anyway, when I’m in the studio, sometimes truthfully I want to go and sit outside or in the booth on my own and write the song alone. But I’ve always been too afraid to do that out of fear of people thinking I’m a diva, or a bitch or anti-social. 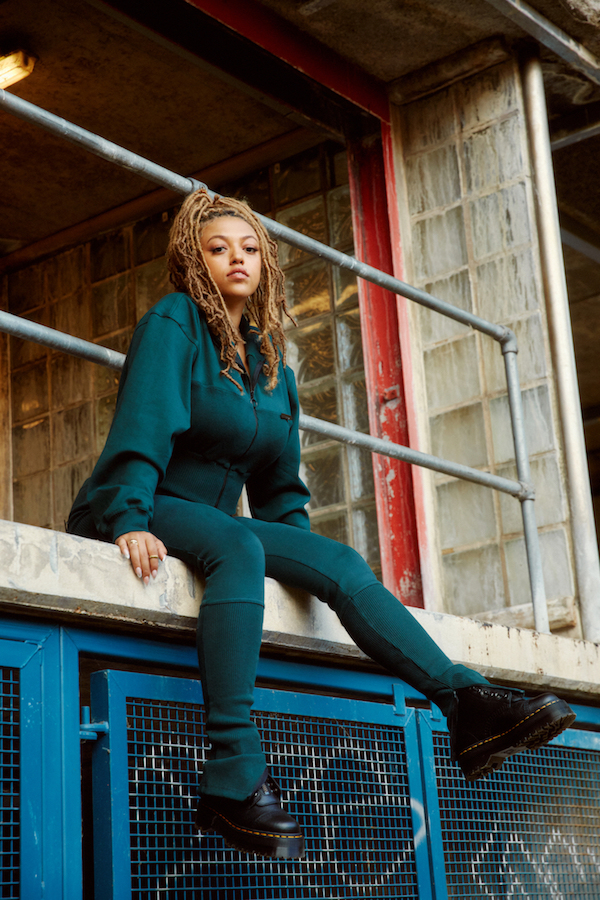 “I would love to just take control of the situation I’m in and say, ‘this is how I work’. And I think it’s quite hard to do that because as artists, you’re always trying to make sure that people like you, especially as a woman. From my experience, girls are judged way more than guys. But I’ve started [taking control of situations] and I’ve had a much better time. I think it’s important to do what is needed and to let go of the anxiety of annoying people.

“Also, to be honest, I think I also used to put a lot of pressure on myself to go into the studio and write music that people would like… I focus on what I want to do now instead.”

‘Letter To Ur Ex’ is available on most major streaming platforms.

Linkedin
RELATED ARTICLES
OTHER ARTICLES
From snake handlers to mardi-gras revellers, Tom “TBow” Bowden’s photos provide a snapshot of the wonderful and weird people who make up America.
After fleeing the war in Ukraine, people are finding it impossible to secure affordable and decent housing in the UK.
A new law change is enabling Britain’s donor-conceived children to know the truth about their origins – but campaigners say the fertility industry must do more to protect people.
Activists and campaigners are fighting back against new laws that would seriously undermine the ability to take industrial action, calling it an attack on fundamental workers' rights.
The first-generation graffiti artist reflects on the tagging’s emergence as an art form and the players who pushed the medium forward.
A group of aid workers face prison for helping to save people fleeing their homes at sea. If they are charged, it will have a chilling effect on humanitarian efforts.