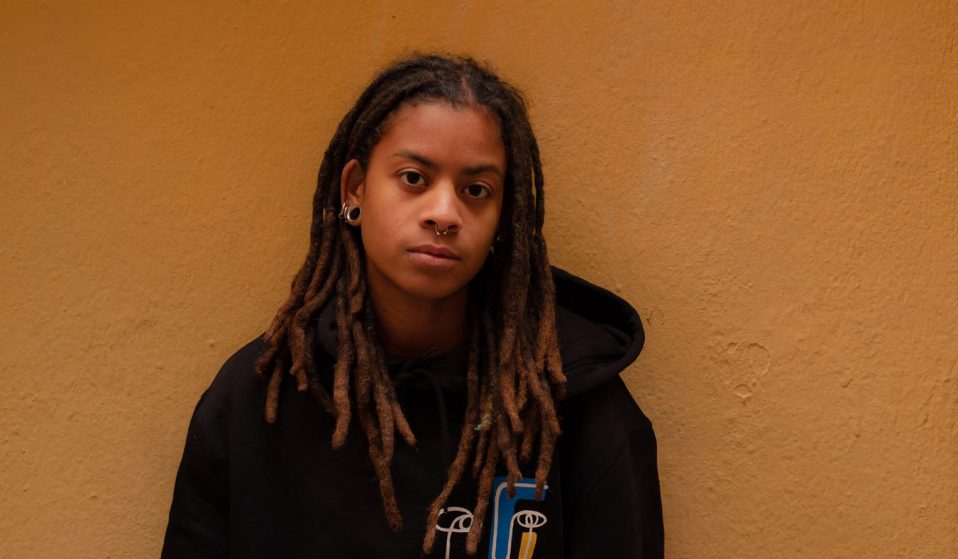 In January, Correia made history when she won the title of world champion in longboard dancing. Now, the Niçoise is determined to use her platform to bring some much-needed representation to the sport.

Earlier this year, Correia made history when she won the title of world champion in longboard dancing. Now, the Niçoise is determined to use her platform to be a role model and to bring some much-needed representation to the sport.

“I’m proud of my victory but it wasn’t just for me,” says 23-year-old Marina Correia, the recently crowned longboard dance champion hailing from Nice. “It was a victory for all Black girls who skate, a win for all Black girls everywhere who need role models. For too long, skate and surf culture has had idealised representations of highly sexualised, white female beauty in all its marketing. I want to change that.”

No surprise, then, that for Marina, one of the best things to come of her triumph – she won the international women’s category of the 2020 So You Can Longboard Dance? competition in January – was hearing from two Black women, one a teenager, the other a 44-year-old mother. “They both told me that thanks to me, they’d got the courage to go and buy longboards. They’d been intimidated before by the mostly white marketing imagery, but not anymore. That means a massive amount to me.”

Born in Cape Verde and with Brazilian and Cape Verdean heritage, Marina was 14 when she arrived in Nice with her mother and sister. She started skating when she was 17, after a friend lent her a board. “I loved it,” she says, recalling the first time she rolled along on tarmac. “I just loved the sensation from that very first moment. It made me smile.” 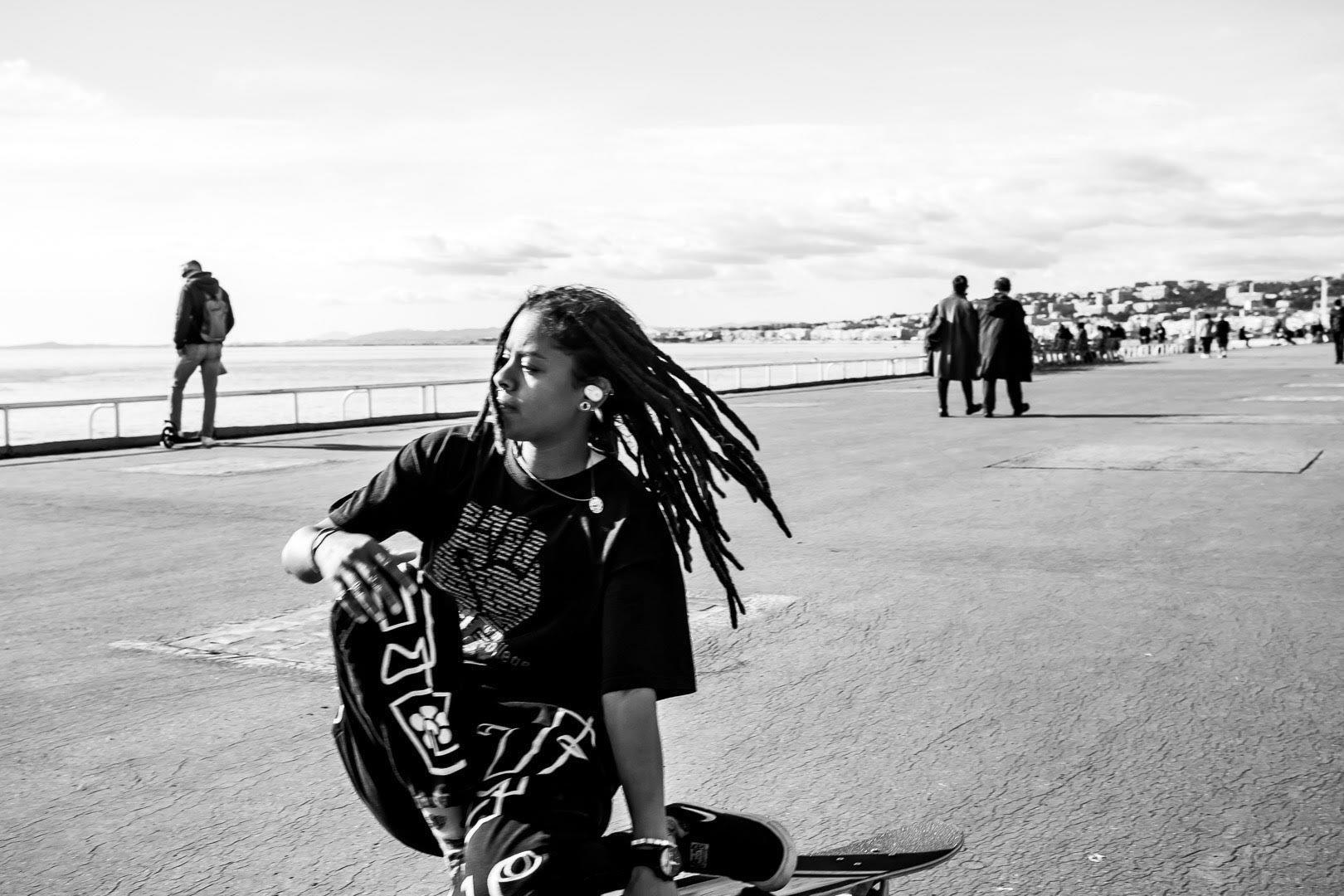 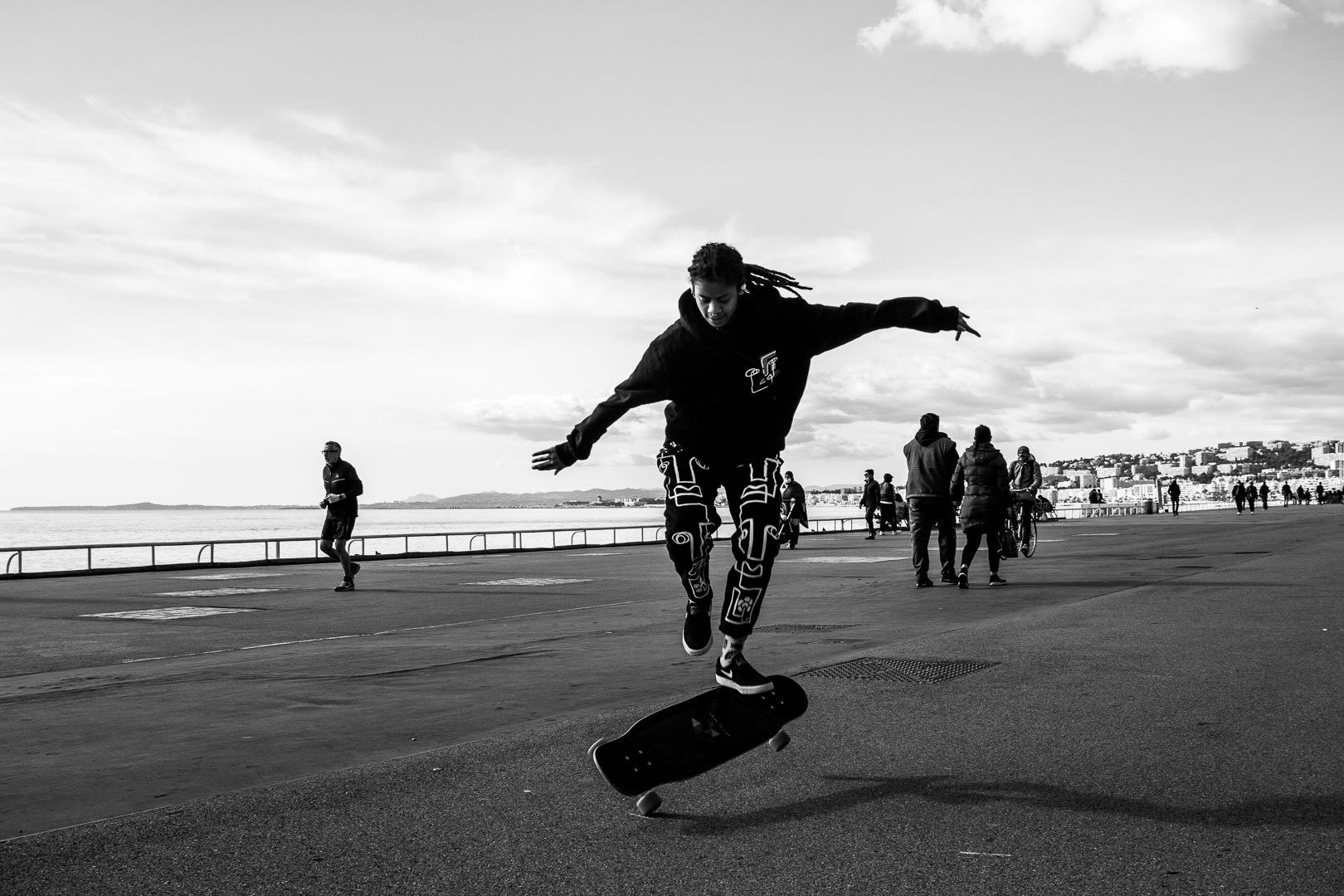 Within a year, Marina’s prodigious ability saw her bag a sponsor in skateboard manufacturer Sector 9, and she soon adopted the stretch of Nice’s Promenade des Anglais, known as Opéra Plage, as her skate home. “I’d practise there all the time, every day. It’s a perfect place to skate,” she says. Before long, she and her friends – among them the similarly top-rated Giulia Alfeo – had begun to merge dance steps with skate moves.

The result is an intoxicating form of skating: tricksy but not too tricksy, and with a premium on fluidity and style. It’s as if Stacey Peralta’s spacewalking, in the closing scene of Future Primitive, had set the tone for skating rather than unbridled Alva-esque aggression.

While Nice’s four-mile promenade and year-round fine weather provides a haven for skaters, the south of France is also the home of the French far-right. “Sometimes, some of the old people here mutter things at me as they walk past,” Marina says of the racism she has faced. Her response is one of mockery: “I just tell them I love them.”

Marina claims her generation is very different and refreshingly, given the accusations of racism among the French police, she says, “the police are cool, mostly. We’re not supposed to skate on the promenade but they leave us alone.” 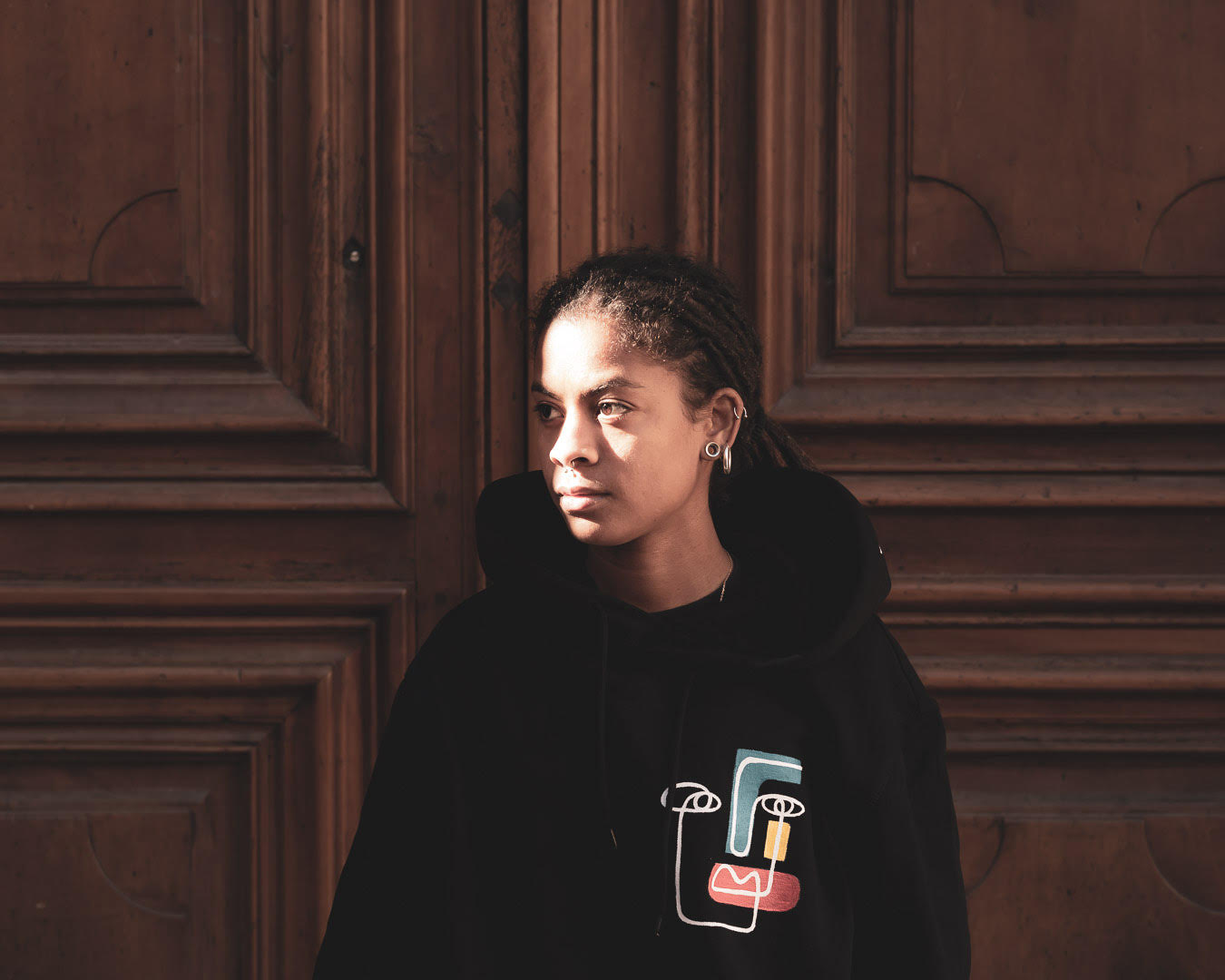 Outside of skating, Marina is studying English, Spanish and Portuguese at the University of Modern Letters in Nice, looking to complete an MA within the next two to three years and then use her language skills to work as a translator, ideally in the skate industry. A recent move to South Korea’s I Love Boards sees her happy and fulfilled with a new sponsor, while her Instagram presence – Marina currently has over 19,000 followers – continues to grow.

It’s all a far cry from her early life on Cape Verde – a place she misses and hopes to visit this year. But Marina wouldn’t have it any other way. Not for the personal opportunities being a world champion will give her, not for the boost to her ego, not because of the emails and phone calls from journalists eager to find out about this super-talented skater. Being a world champion means much more than all that to Marina – from the increased opportunities to teach longboard skating to children in hospitals or in orphanages to challenging the idea that sport and politics don’t mix.

“It’s a platform,” says Marina. “I can use my position to be a role model, to give Black girls deserved representation and to help change their lives. The skate community is very egalitarian – we’re all like one big family. But it’s time to change the marketing in skating, surfing and other board sports. I want to put a smile on people’s faces by helping them discover skating, and by bringing something new to their lives.” 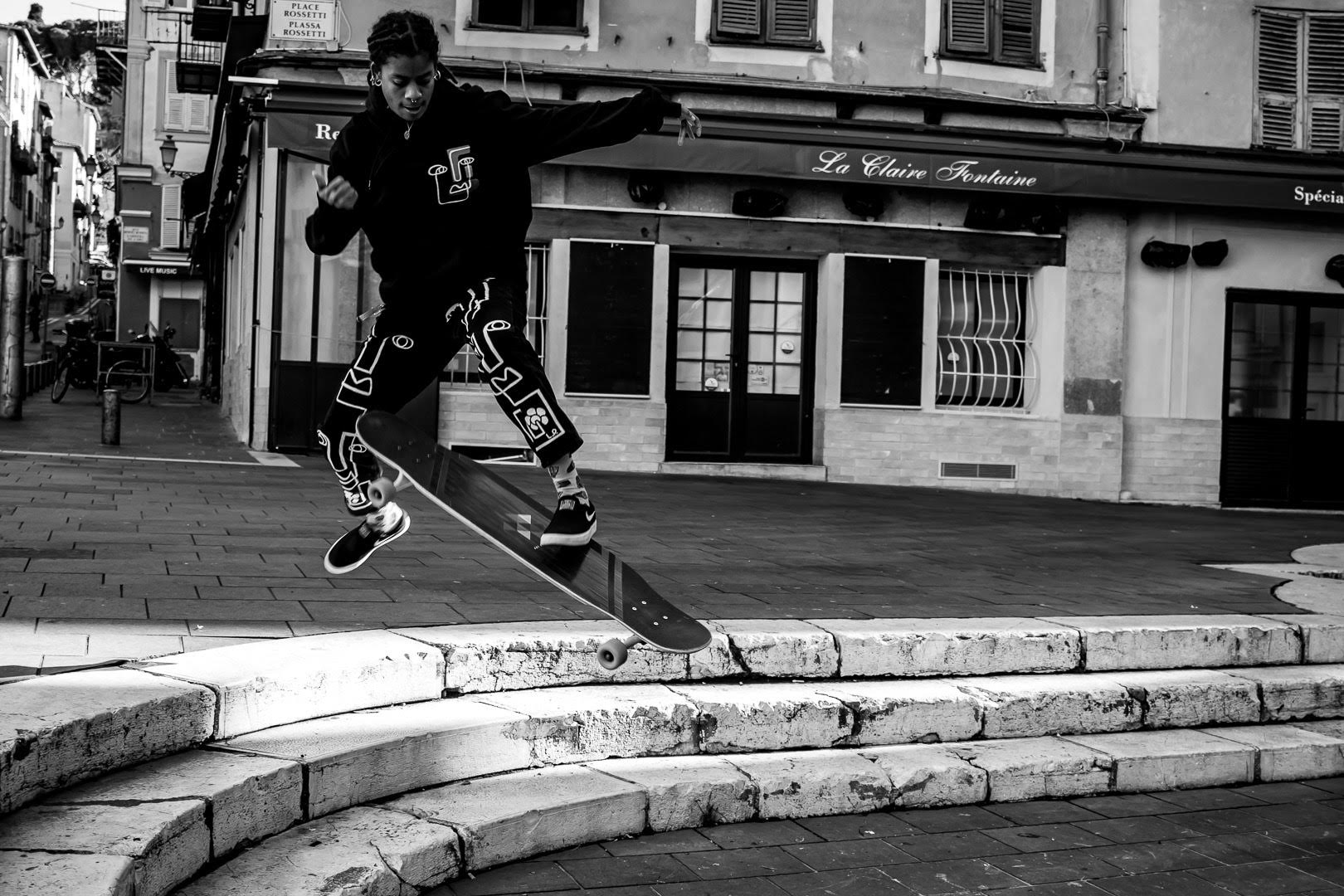 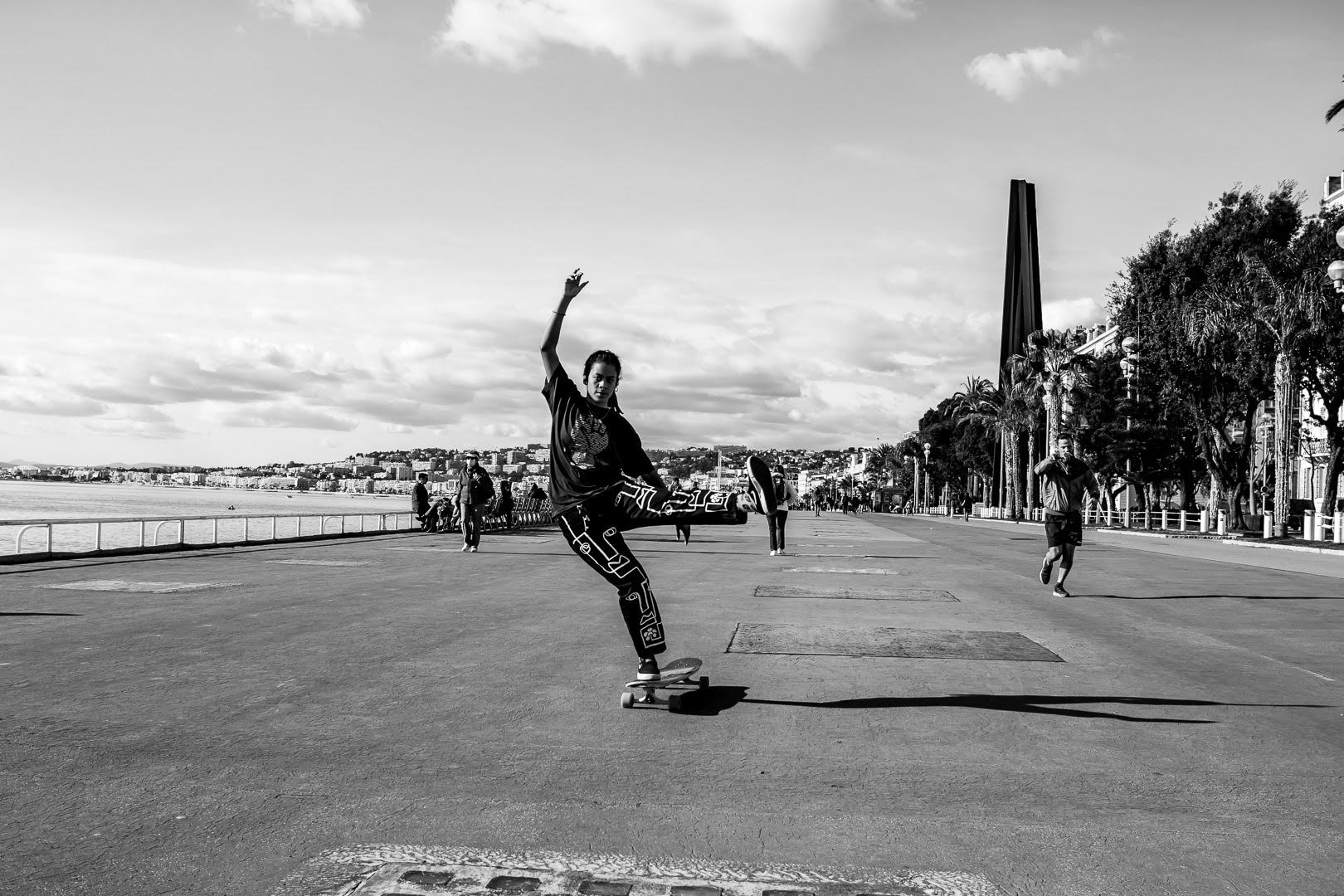 See more of Alex Wade’s work on his official website.

Linkedin
RELATED ARTICLES
OTHER ARTICLES
Photographer Matthew Brookes recalls following a group of young people in Venice Beach living in search of the perfect wave.
Finland-born photographer Sirkka-Liisa Konttinen looks back on her decades-long documentation of life in Northern England.
The author discusses the all-consuming nature of heartbreak, and turning the experience into an incisive exploration of love and loss.
Thomas Hoepker‘s images taken during a road trip across America provide a searing social commentary about a divided country.
Photographer David Hoffman recalls documenting the extreme wealth inequality around Tower Hamlets and Hackney int the 1980s.
50 years since its inception, and the campaign calling for recognition that capitalism depends on domestic labour is as pertinent as ever.