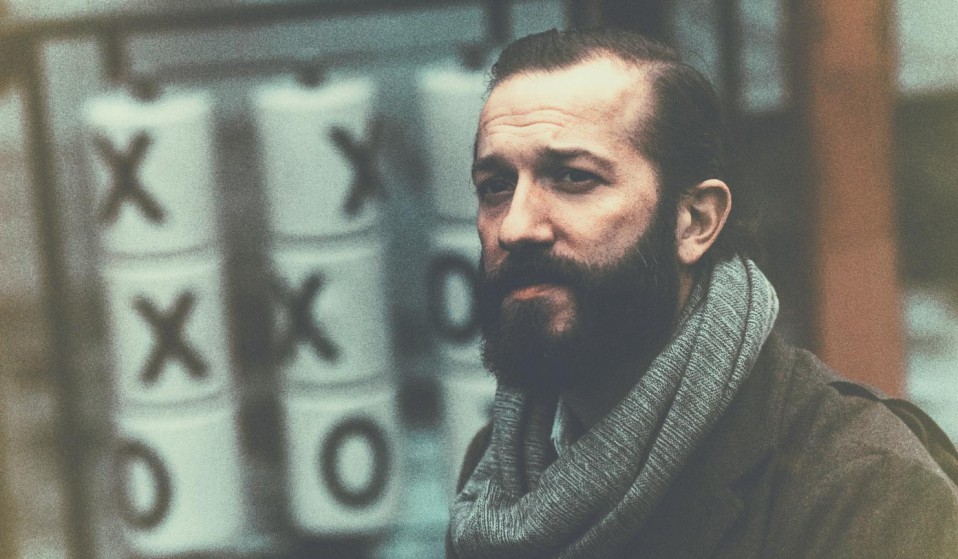 The multi-instrumentalist on forging a singular career in music.

While taking a bath, experimental multi-instrumentalist and composer Colin Stetson talks to Huck about the pressures of being a prodigy, defying preconceptions and his physically punishing live performances.

Every once in awhile an artist comes along to redefine what’s possible with their instrument.

Colin Stetson has managed to do so with one that people don’t always take seriously – the saxophone – while bridging the gap between popular and experimental music.

He upends preconceptions just by the way he uses the instrument: singing wordlessly through the mouthpiece, clacking the valves for percussion and letting the horn roar – all at the same time. It takes a series of microphones taped to his body and instrument just to capture the experience on record.

The results elude categorisation: it sounds like an ensemble barreling through a transcendental mix of metal, electronic and classical music – but it’s just one person, typically recorded live in just one take.

Having been a touring member of Arcade Fire and Bon Iver, he has also collaborated with the likes of Tom Waits, LCD Soundsystem, David Byrne, Feist, Lou Reed, Godspeed You! Black Emperor, The Chemical Brothers, The National and David Gilmour.

But to see Stetson perform solo is mesmerising. You can’t quite figure out how he produces the sounds that he does but the process looks physically and emotionally gruelling. Stetson, who lives in Montreal, is about to release new album, SORROW – an unconventional reappraisal of Henryk Górecki’s million-selling Symphony No. 3 – though he’s also been developing material that will push his physical and technical abilities like never before.

So when Huck catches up with him just a few days after completing a European tour, the 40-year-old sounds understandably wiped out – so wiped out, in fact, that he conducts this interview while soaking in the bath. 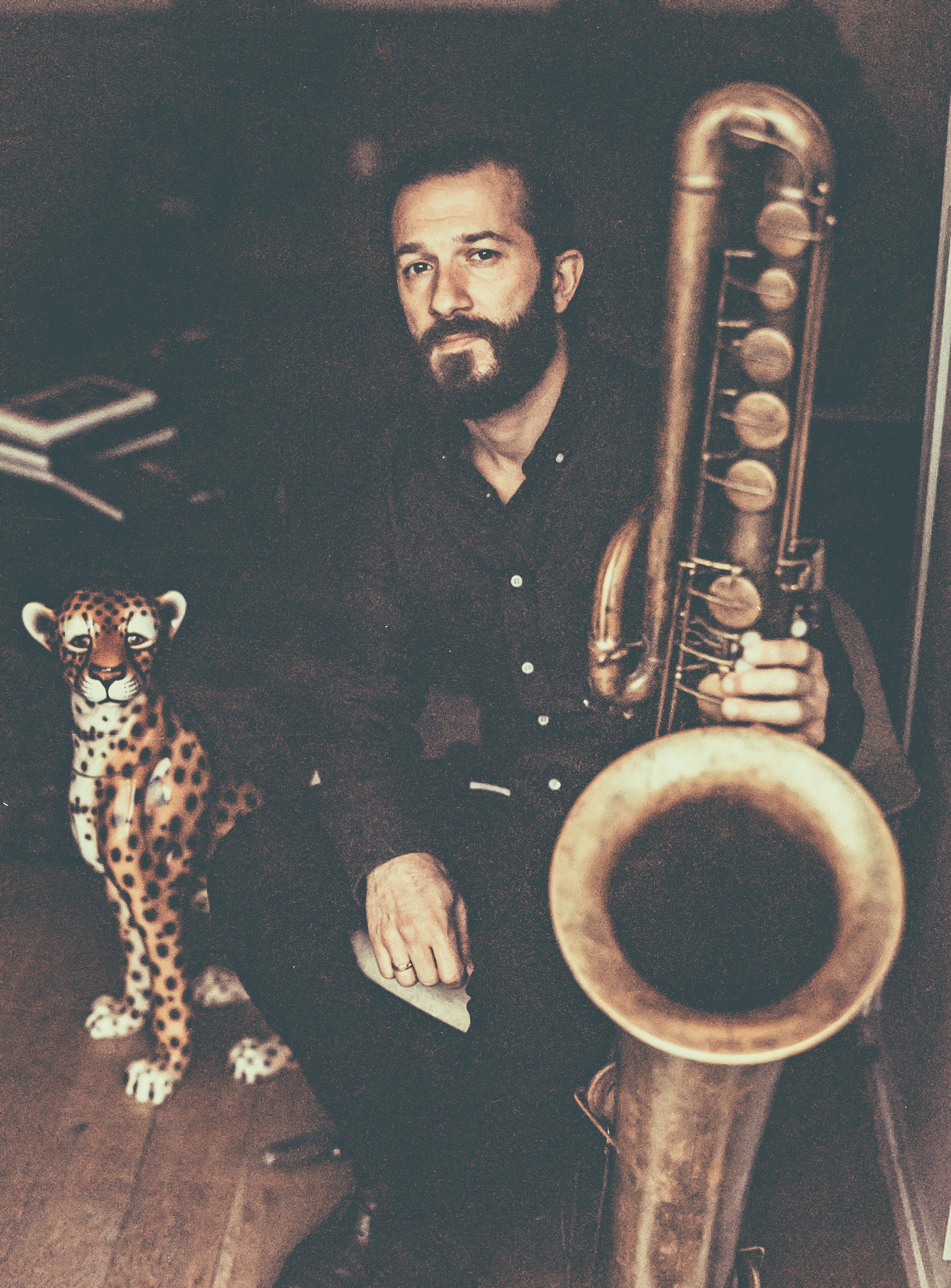 I’ve been an obsessive music listener most of my life and I think New History Warfare Vol. 3 is the only album that can make me feel euphoric but bring me to tears as well. Are there any artists or records that you have that kind of connection with?
Thank you for saying that, I appreciate it. There are many! [laughs] That’s what music has always been about for me: having those deep, visceral relationships with specific records and artists over the years. Two quick examples would be Stevie Wonder and Tom Waits – my relationship and infatuation with [Waits’] music started pretty early and continues to this day.

So did that connection make working with Tom Waits intimidating in any way?
I wouldn’t say intimidating. It was definitely a motivating factor in terms of making sure that it went well! [laughs] When you’re lucky enough to win the lottery of getting in the same room with the person you’ve wanted to work with for years, to botch that would have been pretty torturous. I don’t think I would’ve rebounded from that. [laughs]

You were considered a prodigy in your teens. Did you feel any expectation internally or externally to live up to a certain potential, to make the most of your talents?
Of course. As soon as I started taking private lessons at around 14, I went from being a very mediocre part-time player to – in the space of about a year – playing a lot of stages and performing classical compositions. I quickly realised that I was doing something that I was good at.

The creation of music is one of the few real-time artistic expressions that I feel is just about as broken down to our instinctual foundations as can be, so it’s something that became very important to me. But being good at it then puts me in more positions where I’m under pressure to become better – auditioning for university, winning a scholarship – and soon the real world wraps up around you.

My freshman year, I was put into a saxophone quartet and the main symphonic band and so on, while also being a visual arts major at the same time. That didn’t last because it was untenable, time-wise. That’s all pressure. As soon as you’re put in those situations, you realise that the challenge to live up to the hype is quite real. So yeah, it’s always been big. But that’s what I did from my early teens through my early twenties – and it was just an all-intensive and personally challenging regimen, which pretty much sets you up for a lifetime of living that way. [laughs]

I was at your show in London and the energy you’re pouring into the performance – both physically and emotionally – looks exhausting. I know your fitness regime includes meditation and yoga but is there a comedown after something like that? How do you recover between performances?
Some shows have more lasting effects than others. Like anything that’s particularly draining or physically hard, there’s soreness, swelling – all sorts of things that happen to bodies when you’ve taken them too far. I do need time to mend because not only is it hard just for the mouth and the face muscles, the tendons in the hand, wrist and forearms – all those things – but I’m also flexing and screaming so much that there’s an amount of nerve endings that are just lit up for an extended period of time.

I wouldn’t say there’s a comedown afterwards because I’m used to that part but there’s definitely an all-system fraying that happens after a show and particularly after a whole tour, which requires some recuperation time.

Are you aware of the audience or is it just too demanding in terms of concentration?
It usually oscillates. When it’s going well, there’s no real conscious thought about things; it’s just being conscious of things. Physically, you’re experiencing it all but the processing aspect of consciousness is more meditative. I don’t mean that it’s all blissed-out zen, because most of the time it’s not, but meditative in the sense that I’m not lost in examination and analysis of the experience.

But when you’re writing the material, do you ever think, ‘…How am I going to be able to perform this?’
Well… occasionally when I’m performing it! [laughs] Sometimes you start with the thought, ‘Wouldn’t it be cool if this was possible?’ Some music more or less comes out intact and already performable, within my physical and technical limits.
But most of the set you saw was stuff I couldn’t have done a year ago… maybe not even a couple of months ago. I usually get a sense of out how something feels right away and then figure out pretty quickly if something is going to be physically possible within six months to a year or five years or maybe never.

What can you tell me about your personal history with this Górecki symphony?
I probably heard it for the first time when that famous recording came out on Nonesuch [in 1992]. I think I was a sophomore in university, which is an exciting time for people anyway but especially for musicians who came from a ‘big fish, small pond’ syndrome. You all get together and suddenly you’re discovering all sorts of music imaginable. Some of those are things I still listen to probably near daily and that piece is one of them.

It arrived at a very poignant, emotional time for me and it’s just one of those undeniably special pieces of music that connects with something very base in our nature. Pretty early on, I considered a re-imagining of it and it just never came together back in those days. But it’s been an ongoing dream for twenty-some years and gradually things lined up to make it a reality now, so I’m happy to have finally made it real.

Do you consciously want to challenge people’s perception of the saxophone and how it can be used?
It’s never really been about a specific relationship between my instrument and the audience where I’m trying to step out of convention or transcend it. I guess where it started to get interesting for me was when I realised you didn’t have to only learn from or mimic other players of your chosen instrument, regardless of what it might be. So much more can be gleaned if you do the same thing with other instruments and different sound sources entirely.

You can listen to pretty much anything and try to absorb the bare essentials or even the real sonic specifics – that can take you in different directions, which I guess are then by definition gonna be outside the conventions of your instrument. There are already lots of players doing a lot of the kind of things I’ve been dealing with just as I was utilising things from the players I emulated over the years. I imagine it’s not going to be very long before the specifics of what I’m doing aren’t considered all that out there.

Has there ever been a piece advice from another artist that stuck with you over the years?
Oh, several. [laughs] I once had a day with Roscoe Mitchell, taking a lesson at his house. There were two things that really stuck out. One, just talking about how important it was to be aware of time and to understand its passage while you’re playing… because among young musicians especially, there’s always this idea that you zone out and get completely lost in it.
You can think a minute has passed but really it’s seven. There’s a natural instinct to incentivise that but, actually, it’s the wrong way to go about things. You should be aware of the passage of time so you can manipulate it for the people who are there listening to the music.

He also explained that the most important thing in collaboration is to make sure that those you’re working with are good people – that they’re friends and that you love them – rather than just making music with people who either antagonise or mislead you in some sense. That’s always been something that I’ve taken close to heart. 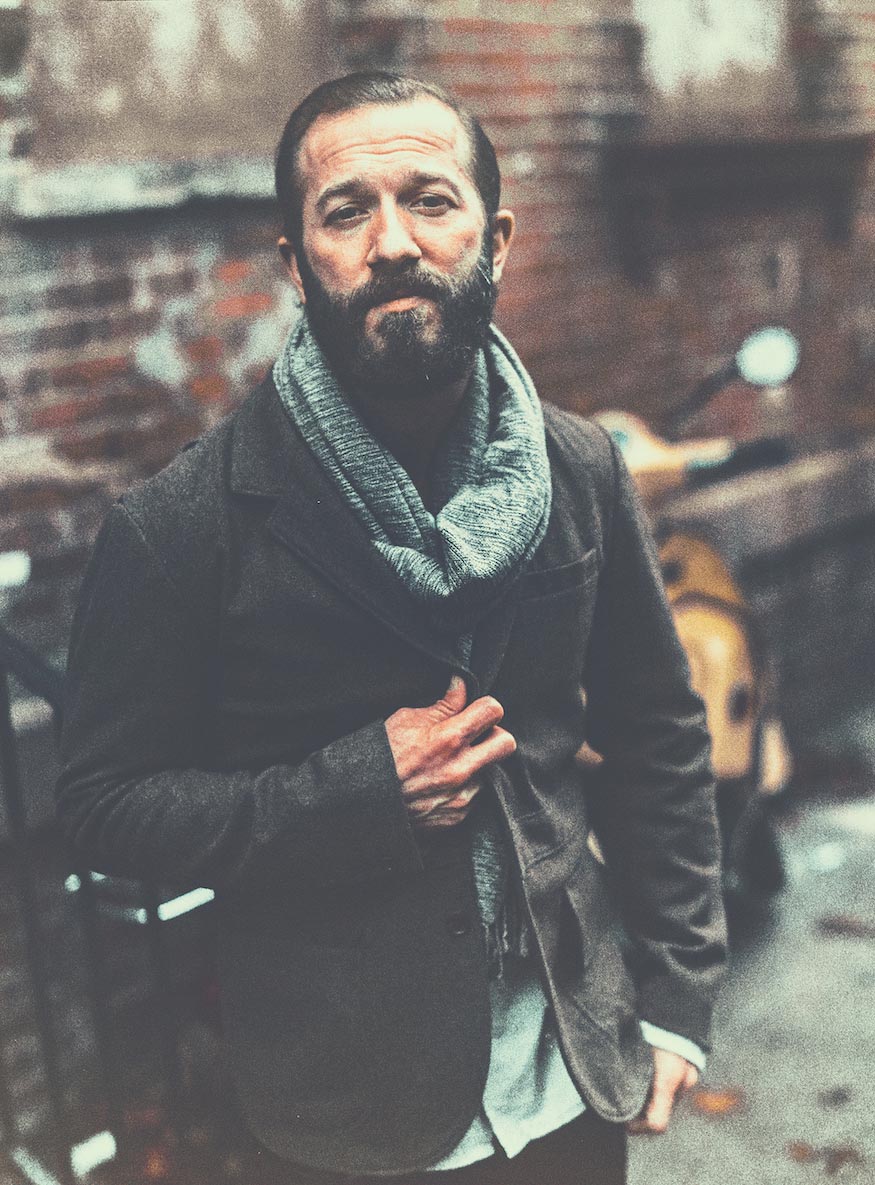 Linkedin
RELATED ARTICLES
OTHER ARTICLES
A new documentary tells the story of an unassuming cul-de-sac of 13 timber framed houses built by Fusions Jameen – London's first Black housing co-op.
Jack Lueders-Booth reflects on capturing the community that lived and worked along the city’s busiest railway route during the 1980s.
The demonstration took place this week over plans to slash £50m from arts bodies in London.
Layna, Maysa and Amaya are three siblings looking to disrupt narratives around the sport. In doing so, they’re hoping to inspire a new generation of skateboarders.
The photographer describes taking inspiration from Magnum photographers to craft an intimate and revealing portrait of the city.
How the sounds of nature, air force bases, walking across the country, Windrush and synthesisers have influenced one woman’s journey through music and life.