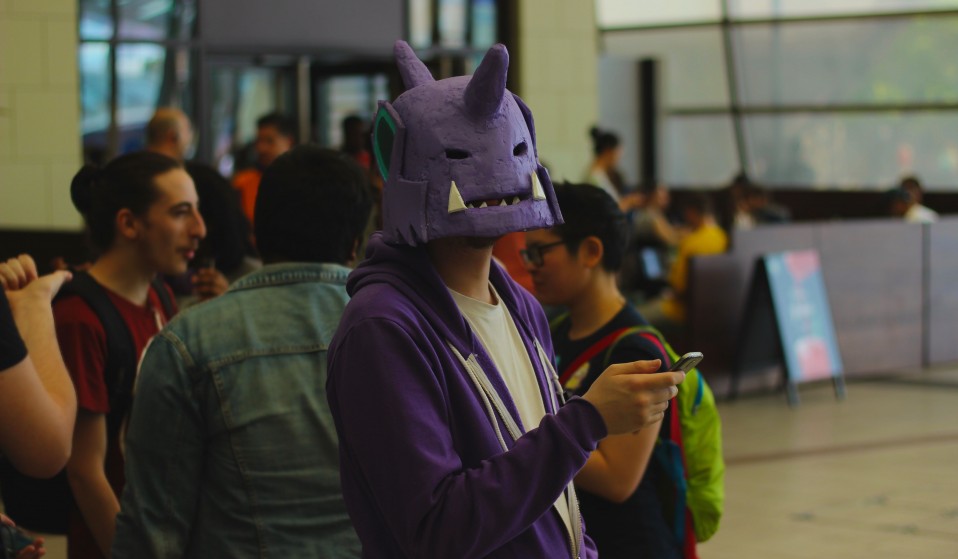 The global phenomenon that is Pokemon GO isn’t something to be laughed at or ridiculed. Yes, it’s a game, and yes, none of it is real, but the relationships I’ve formed in my short time with this game are.

The global phenomenon that is Pokemon GO isn’t something to be laughed at or ridiculed. Yes, it’s a game, and yes, none of it is real, but the relationships I’ve formed in my short time with this game are.

Our generation gets a pretty bad rep. We’re told we’re lazy, that we’ve no imagination, living a life spent glued to a computer screen has left us empty, thoughtless and frankly dull. Nowhere is this more apparent, we’re told, than with our obsession with smartphones, an addiction that 50% of young people suffer from.

Endless apps and high quality inbuilt cameras mean we don’t know how to live in the moment; rather than basking in the joys of life’s unexpected beauty we’re busy picking a filter for Instagram so the world knows that our lives are fulfilled. If you believe everything you read in the papers, you’d think we’re busy finding comfort in following the lives of others, not taking pleasure in our own.

For a while I might have agreed, but now I just don’t buy it. 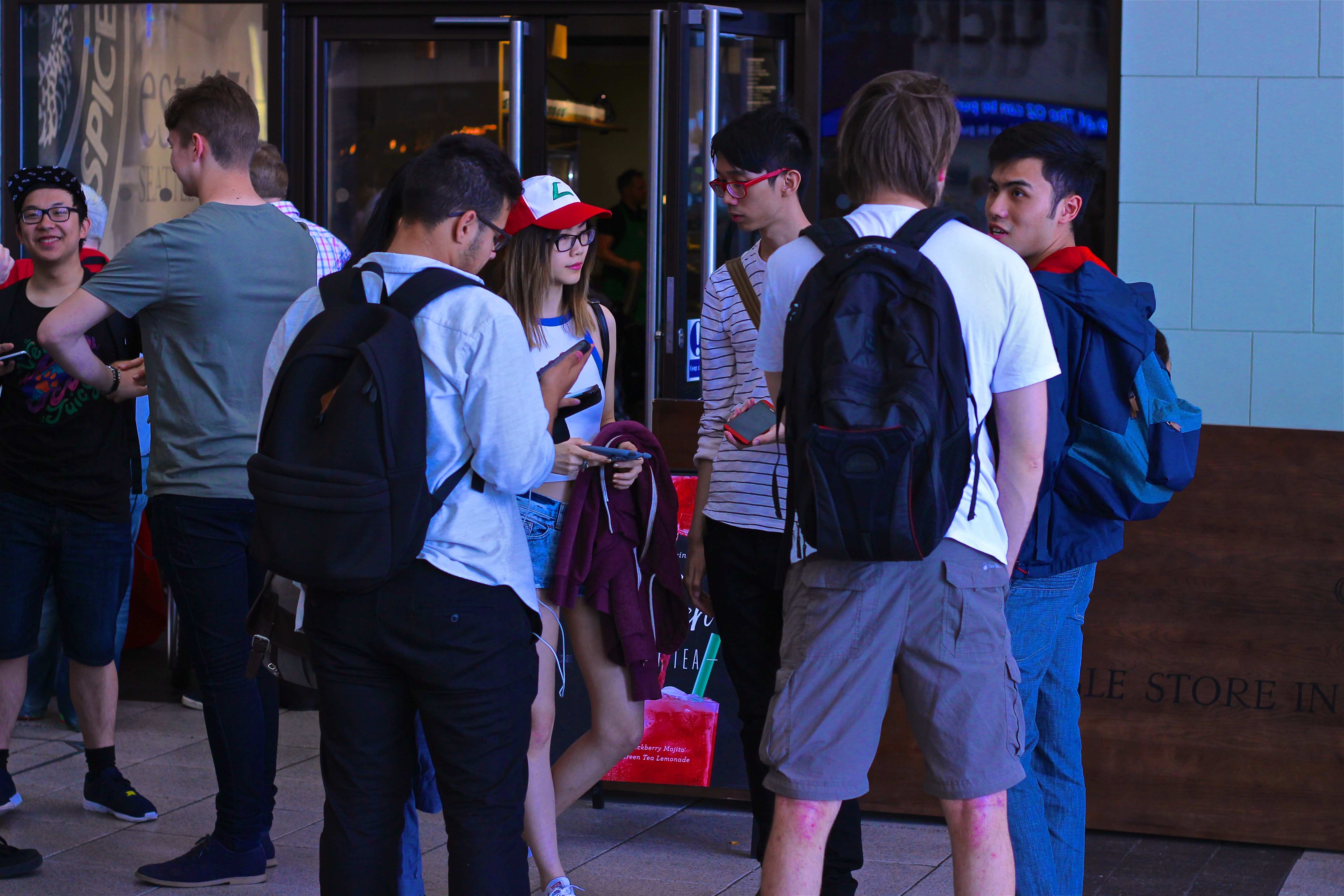 It’s 1am in Westbourne Park, West London, and I’m sat at the edge of a canal between Leonardo and Diogo. Leonardo is an 18 year-old student, while 28-year-old Diogo is a restaurant manager. It’s Thursday night and I’m heading home after a night out with friends in central London, or at least I was heading home. Scrolling through my phone to pass the time I’d opened up the latest weapon in my armoury against boredom – Pokemon Go – and pretty quickly noticed two blokes playing nearby. I’ve lived in this city for three years now, and know too well how hard it can be to muster up a conversation with a stranger, how a city brimming with people can often feel like the loneliest place in the world.

But these two guys and I had something in common. Spying the glow of their screens, I called over, “Pokemon GO?”. “Pokemon GO!”, I hear back almost instantly, as they call me over and introduce themselves to me. Turns out they’d only met minutes earlier themselves, but already they were deep in conversation. I go over to join them.

After offering me a beer we get talking about the surreal situation we’ve all found ourselves in. “This is everything I dreamed of when I was a kid,” Diogo tells me. “I haven’t left the house to do anything but work and drink in almost five years.”

Breaking into a nervous laughter he sips his beer, pointing out more people coming towards us. We begin to walk along the water in search of a nearby Pokemon, as the newcomers join our group.

It’s 2am now as we’re sat on the path, dimly lit by the moons reflection on the stagnant water, but the conversation continues to flow.

Diogo has depression, and confesses to me that the idea of meeting strangers has always terrified him. “It’s scary meeting new people. I moved to London because I wanted to be surrounded by people I’d never meet, people I could learn from and make friends out of, but it’s not as simple as that.”

Pokemon GO has been met with a lot of scepticism and bad press, with many claiming the game is responsible for further plugging us into our phones and removing us from reality. But as I say my goodbyes and finally head back to my bed, I can’t help but think the critics just don’t get it. 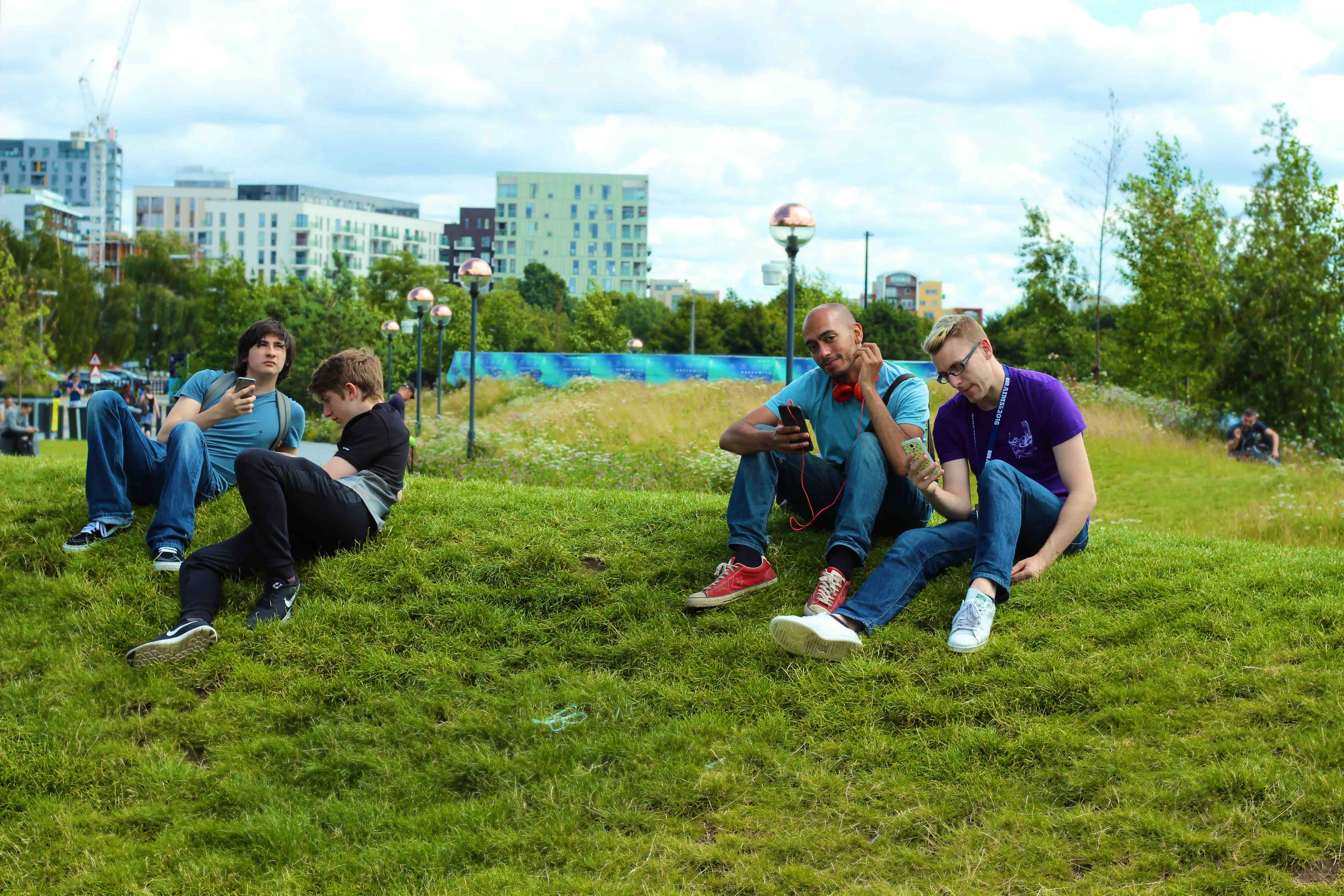 Meeting Leonardo and Diogo, it became apparent that the game isn’t a substitute for real life: it’s a revolutionary new way we can engage with one another, at a time where human interaction is becoming ever more scarce. For three hours we sat, we talked, we shot up the road when a Dratini appeared in the distance. I’d even grabbed their numbers, we decided to stay in touch.

Inspired by the spontaneous evening I’d had with two complete strangers, I thought to myself, I couldn’t be the only person having this kind of encounter, could I?

Diogo had mentioned an event on a few days later at the 02 Arena in North Greenwich, a gathering of players from around the country who’d also found themselves attached to this new game.

As I walk through Peninsula Square outside of the 02 Arena, I’m joined by a crowd of people – some dressed as characters from the game, some in civilian clothing. “Are you here on your own?” a voice asks next to me. Turning towards him, I introduce myself and confess my lack of company. “I’m here on my own too, I just came here to meet people.” 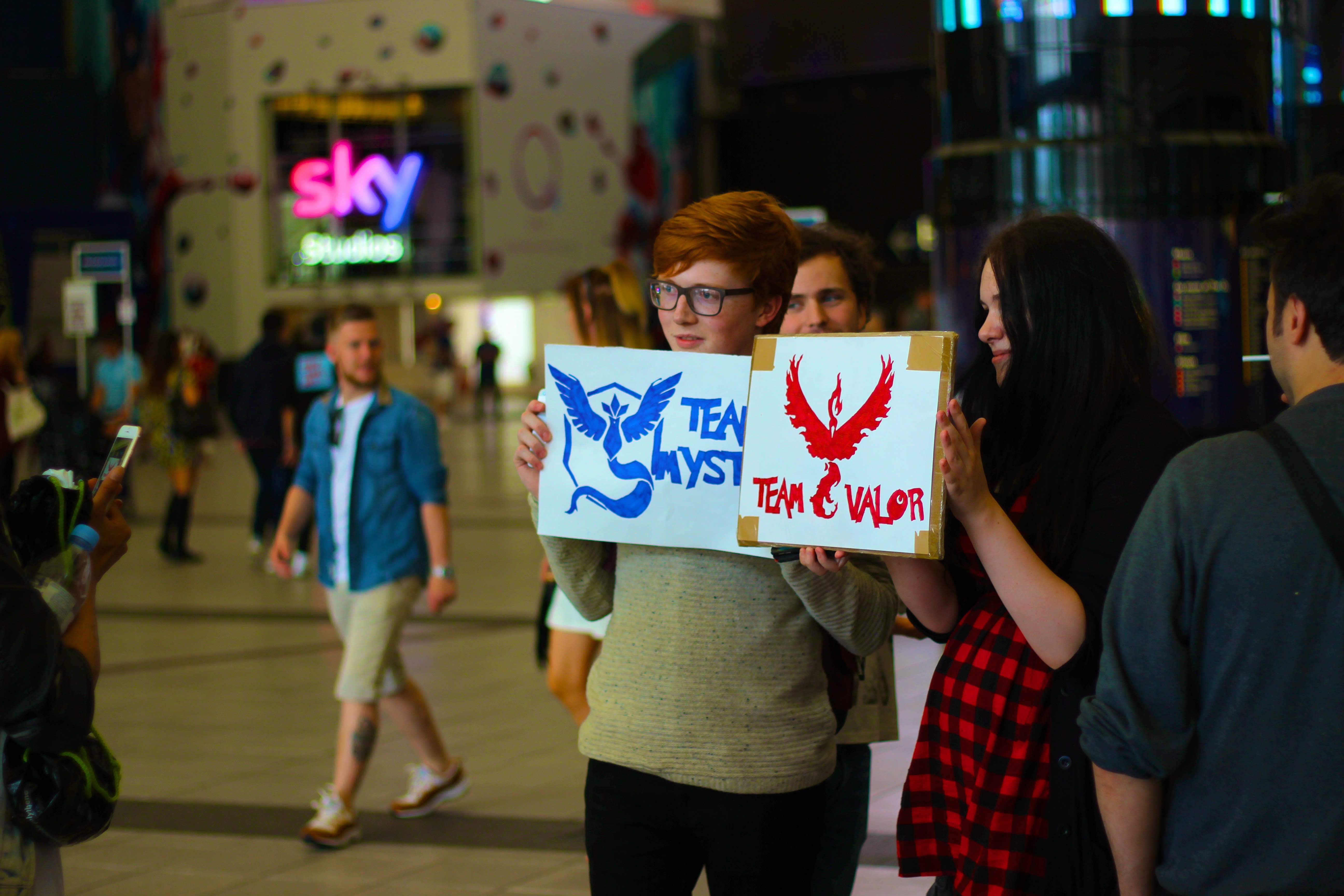 Alex’s reasoning is a recurrent motive in this crowd. I find myself making eye contact with those around me, the usual head bows and blank stares I’d receive in the harsh streets of London have been replaced with curious smiles. It’s a curiosity that leads to conversation, first asking about the game, then taking a natural curiosity in who I am, where I’m from and what I do.

Soon, the day had evolved far beyond the game as I found myself sharing food and forming relationships with two people who I’d just met. In my mind, I pictured the sceptics, those who’d accused this new technology of stripping us of the pleasure of meeting new people.

What would they say now, now that physical proof of social media’s power to connect us is sitting there sharing a chicken and avocado sandwich? When a Whatsapp group with those I’ve already met along the way in just a week or two has provided me with more friends to hang out with than a year living in this city.

Mass multiplayer online games have consistently been made to feel partially-responsible for a generation who stay indoors far more and socialise far less, but from what I’ve experienced with Pokemon GO, it seems a new chapter is just beginning. Rather than someone’s phone in their hand being an evasive manoeuvre, it’s a reason to stop them and say “hi”.

Linkedin
RELATED ARTICLES
OTHER ARTICLES
Jeffrey Henson Scales intimate portraits and protest images of the BPP and its leaders offer a rare insight into organisation at a time of societal upheaval.
Campaigners reflect on what the supreme court’s decision to allow buffer zones in NI means for the future of reproductive rights in the UK.
After a two-year hiatus and a new album, the Nigerian artist is riding high. Now, he wants to bring his alternative, genre-bending sound to the world.
A new film from Berghaus traces the story of Adam Raja, who left behind a turbulent upbringing to discover the healing power of climbing.
Mass crustacean die-offs in the North East have led a community of fishermen to take action to save their seas.
Zsófia Sivák’s ongoing project documents the country’s tavern culture, preserving a once defining part of rural life.