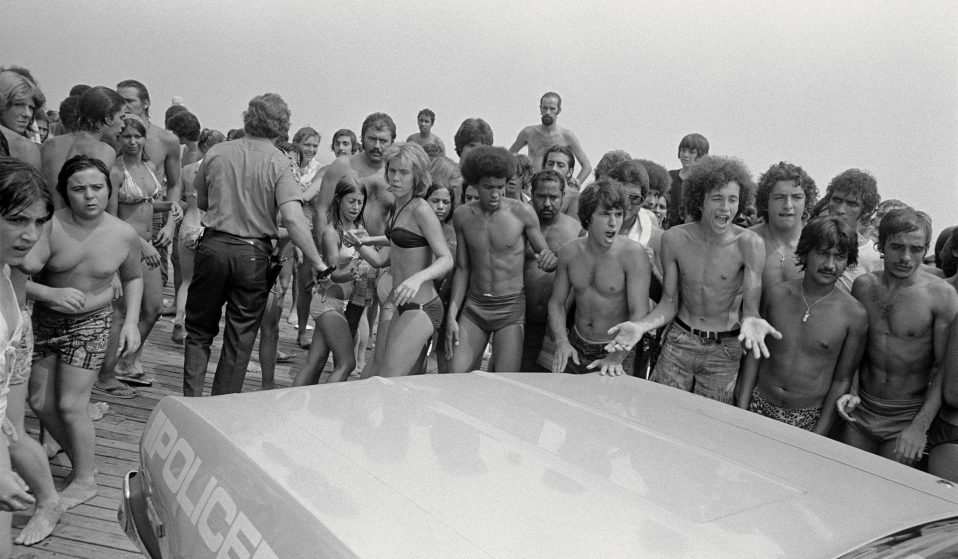 Alternating between colour and black-and-white, the photographer chronicled sexual liberation, economic crises and the repercussions of the war in Vietnam.

Alternating between colour and black-and-white, the photographer chronicled sexual liberation, economic crises and the repercussions of the war in Vietnam.

Fifty years ago, photographer Mitch Epstein arrived in New York to study at The Cooper Union with Garry Winogrand. After a semester of working in black and white, Epstein decided to take up colour photography – then very much a taboo among fine art photographers, as it was seen as the exclusive provenance of advertisers.

Epstein quickly fell in love with Kodachrome lustrous palette – and the free time that came with no longer having to devote hours to developing negatives and prints. But after Kodak changed the emulsion in 1974, Epstein no longer got the results he liked. He went back to shooting black and white until 1977, when he began making colour images on a 6×9 format camera.

By this time, Epstein had honed his street photography practice to precise effect, able to step into the eye of the hurricane and become one with the chaos that surrounded him. With the new exhibition and book, Silver + Chrome, Epstein presents a hypnotic collection of high-energy images made on the streets of New York, New Orleans, and Los Angeles. 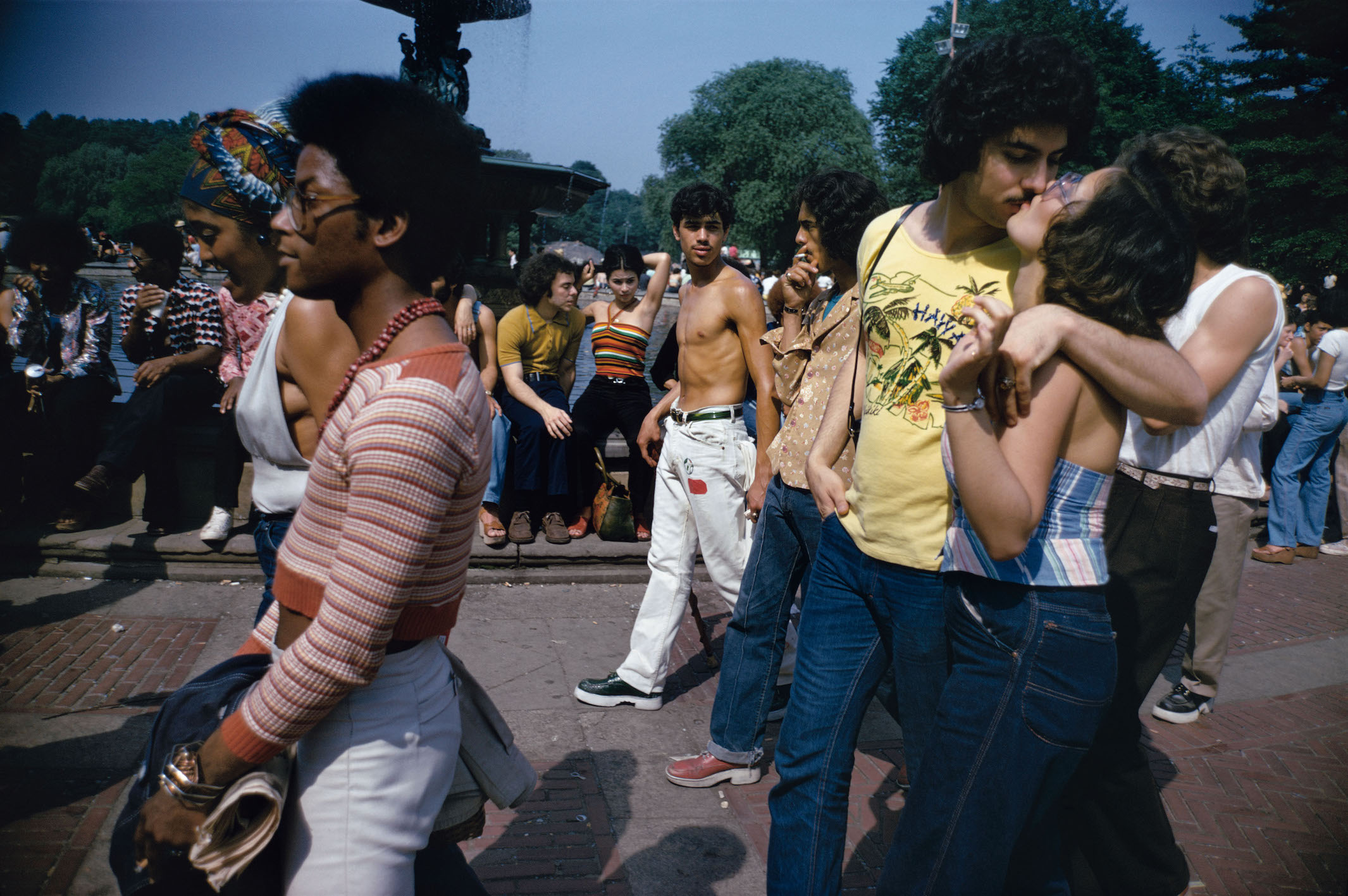 Published alongside a revised and expanded edition of Epstein’s landmark 2005 monograph, Recreation, these books offer a complementary and compelling look at the artist’s earliest work. They each offer a distinct perspective about the nature of street photography, whether it’s about seeing a story unfolding in one’s midst or capturing the raw intensity found amid a cacophonous throng of strangers.

“In these pictures, I am more the flâneur within the crowd — there’s this constant movement of people and activity,” Epstein says. “They’re still in this early period where I’m absorbing my influences like Winogrand but even though I’m working in similar terrain like Fifth Avenue, my way of thinking is not the same.”

Epstein points to a fearlessness he possessed in his youth that allowed him to him to take aim at strangers from point blank range. Many don’t seem to notice, but of those who do, some gaze skeptically, while others meet his gaze dead on, waiting to see what happens next. 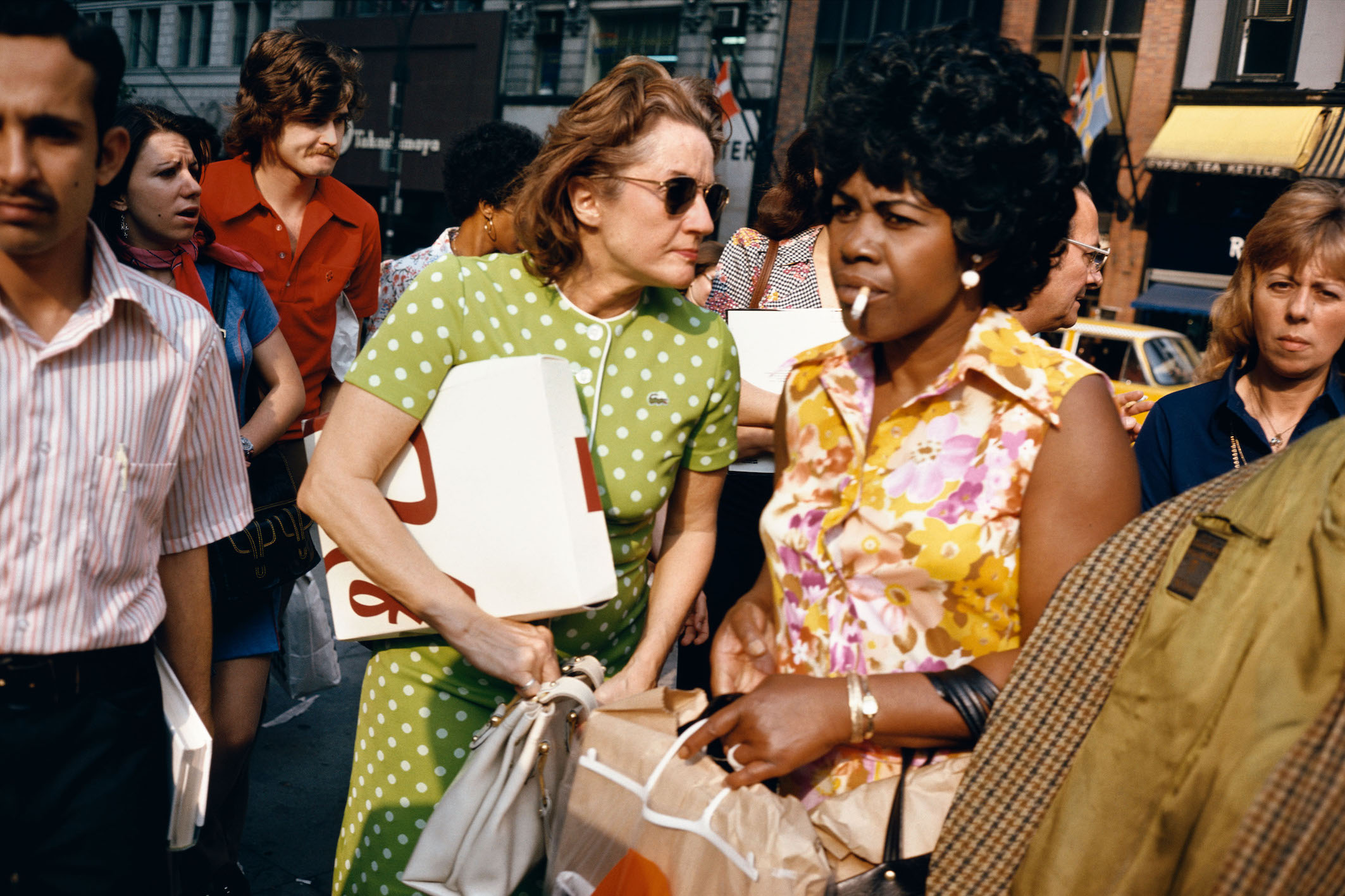 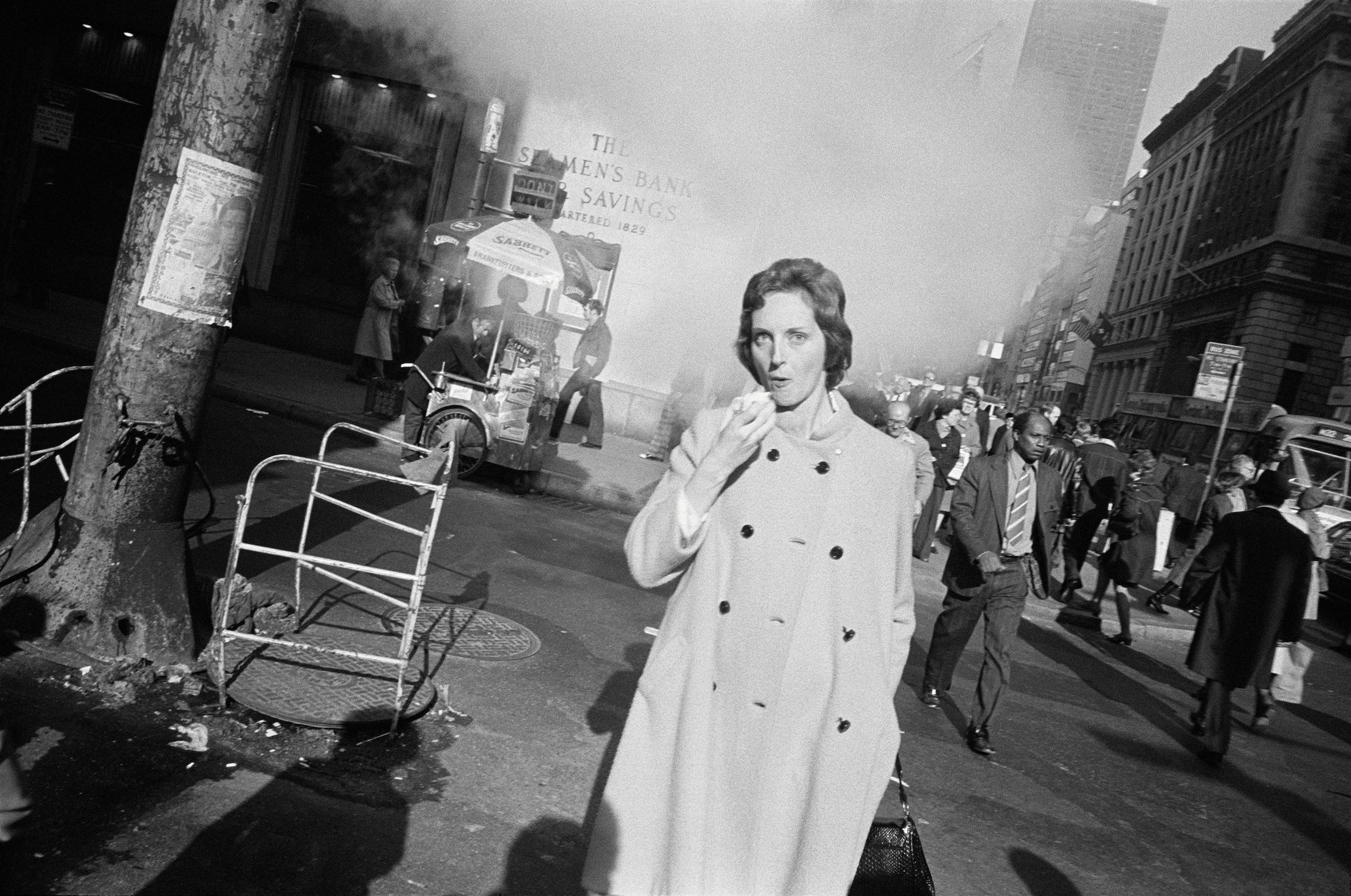 But once the shutter clicks Epstein moves on, flowing through what he describes as “a kind of edginess and messiness on the street.” Once he established his practice in New York, Epstein was ready to step out and visit other cities where he might find a whirlwind of activity that readily lent itself to street photography.

“It was thrilling to be in this onrush of people, movement, and kinetic energy, an have the sensation of infinite possibility,” he says. “It was a kind of training to pay attention, have this acuity of focus, discipline, and patience. It was like listening with my eyes and when something jarred me, I responded to it.”

Looking back at these works, Epstein sees deeply embedded sexual, racial, and political themes that are even more resonant today. “These pictures to me at time are like a puzzle,” he says, “They have their own mystery.” 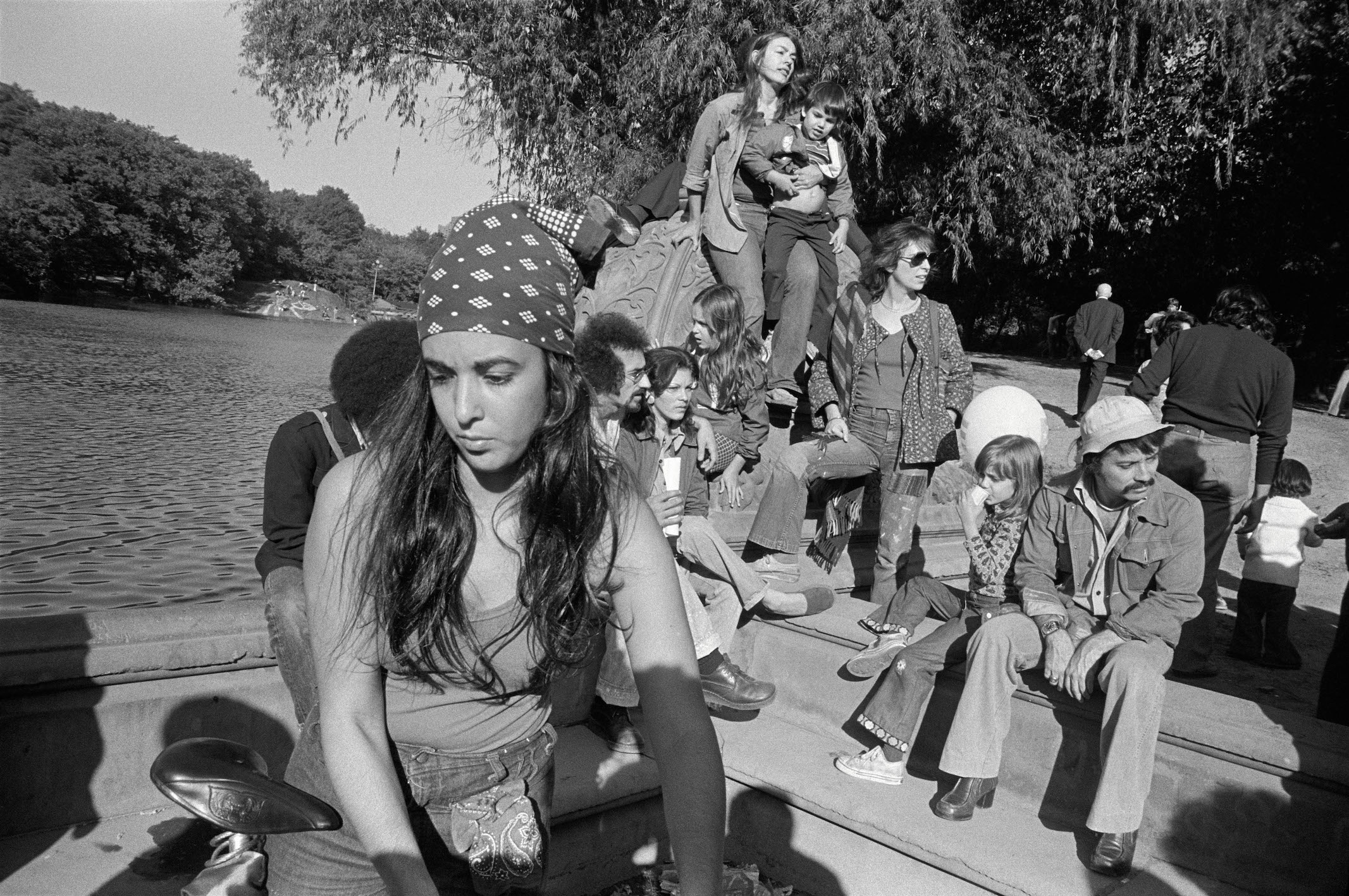 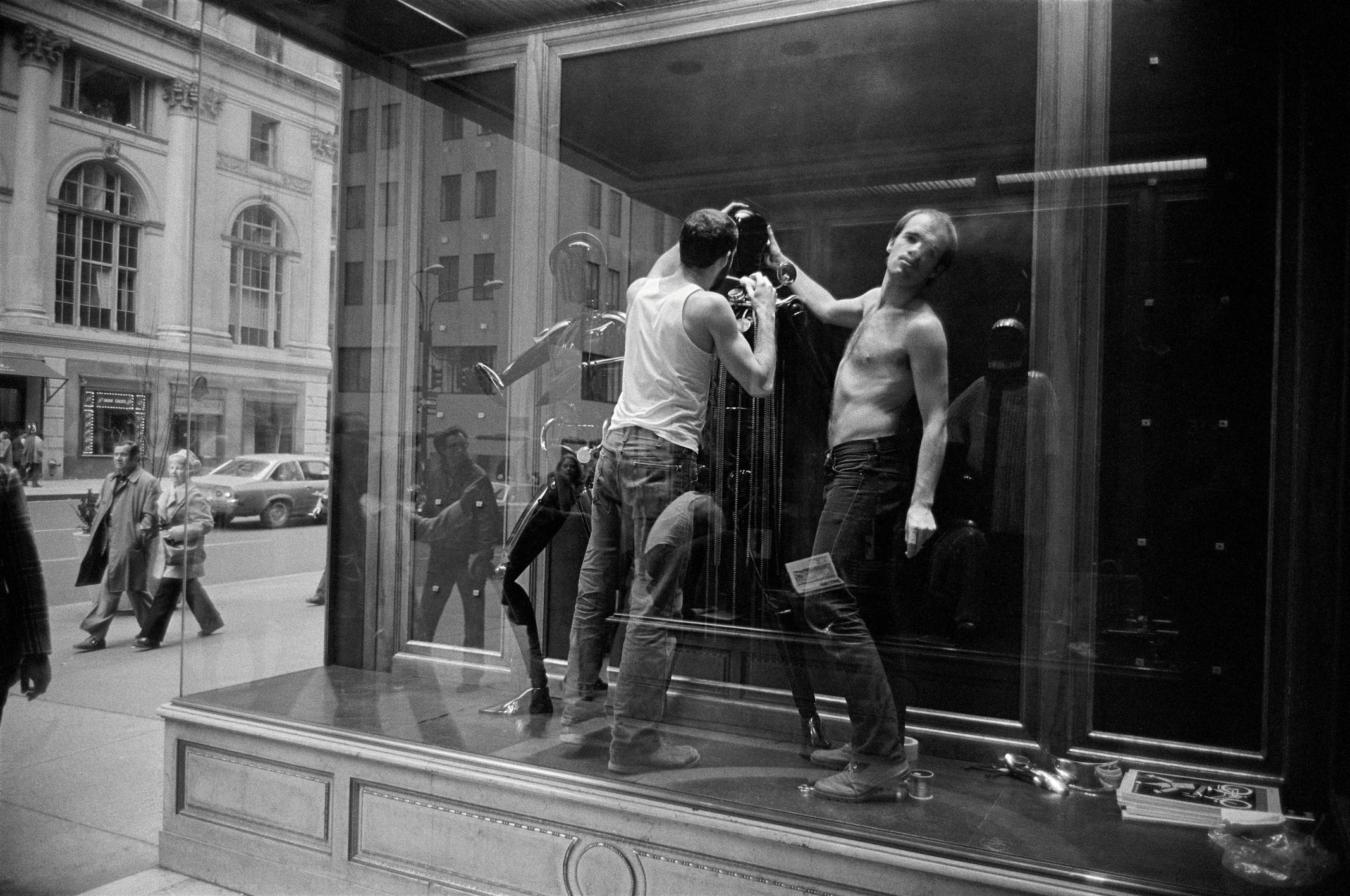 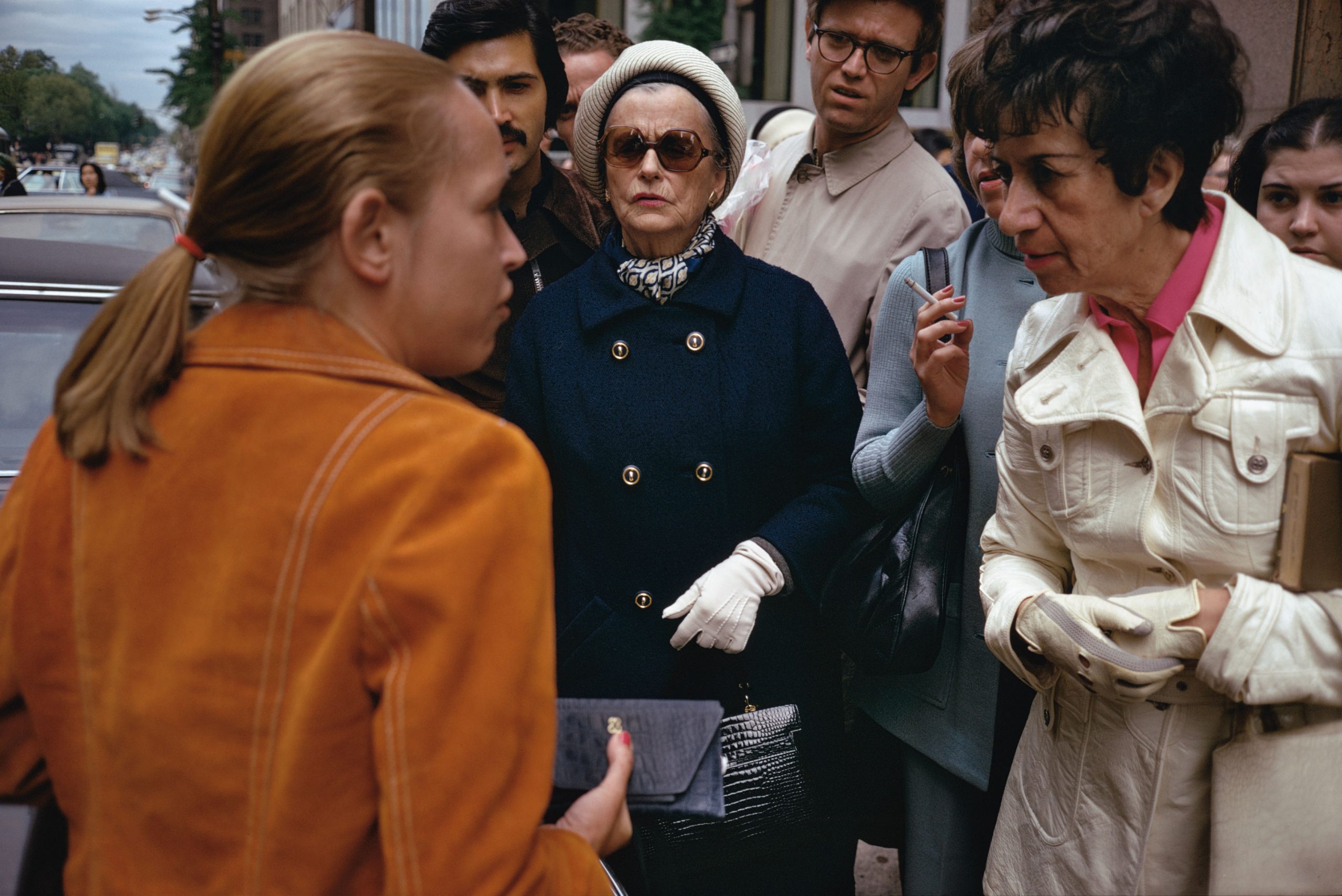 Linkedin
OTHER ARTICLES
A new podcast is opening up the conversation between trans women and trans amorous men in the hope of building coalitions.
Tristan O’Neill’s shots of dancers caught in moments of reverie at the height of rave’s golden age are a testament to the UK’s legendary club culture.
A recent High Court ruling against the right to wild camp in Dartmoor National Park sparked the largest land protest in history – and campaigners say their fight is not over yet.
Photographer Sean Maung reflects on documenting a small town in Pennsylvania afflicted by high levels of unemployment, poverty, violence, crime, and addiction.
After blocking the Scottish government’s gender recognition reform bill, Westminster is now devising further changes to the law to make it harder for trans people to self-identify.
AI companies that develop image-generators using copyrighted artwork from the internet are coming under fire from artists who say that it amounts to theft.