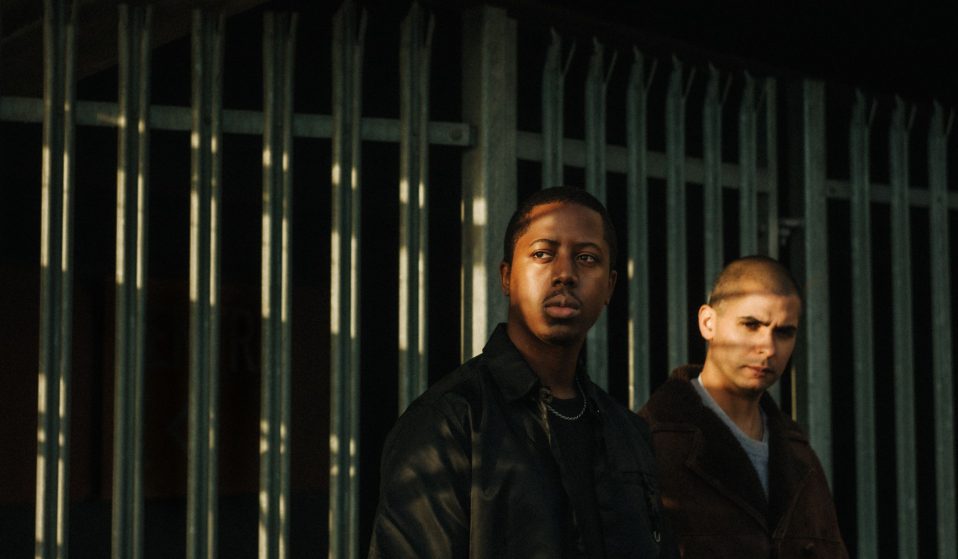 As they gear up for the release of their latest joint project, the drummer and saxophonist talk sustaining the London jazz scene for future generations.

The drummer and saxophonist have been at the forefront of a new vanguard of London-based jazz musicians. Now, as they gear up for the release of their latest joint project, they’re focused on sustaining the scene for future generations.

Back in March 2021, saxophonist Binker Golding was in the Bath countryside making an impromptu, nighttime bonfire. The fuel for the fire was a tape containing a recording of a track he had made earlier that day with drummer Moses Boyd.

“We both hated it, but the executive producer Darrel wanted it on the album, so I decided to take things into my own hands and get rid of it,” Golding says. Far from an adolescent prank, it was an act of defiance that spoke of the seriousness with which the pair take their music.

“Darrel was really angry the next day but it is our name that has to be on the thing,” Golding says. “I don’t want my grandchildren to turn around one day and be like, ‘granddad, that track sucks’.”

Golding pauses and lets a mischievous smile escape his lips as he speaks over video call from his North London home, while Boyd stifles a laugh from the opposite side of the Thames, flanked by his drum kit at his home studio. The duo are recounting the recording process for their fifth album as the free-jazz outfit Binker & Moses, Feeding the Machine, with a fraternal ease that speaks to their 14 years of history since first meeting as members of the late trumpeter Abram Wilson’s band in 2008.

In the years since, Boyd and Golding have been at the forefront of a new vanguard of London-based jazz musicians. These are artists producing improvised music that references canonical, historical compositions as much as it does the diverse heritage of its players and the diasporic mix of the English capital. It is a freeform movement including the likes of saxophonists Shabaka Hutchings and Nubya Garcia; one that has pushed jazz from specialist venues into festival lineups, DIY spaces and onto the club dancefloor.

Both musicians are acclaimed bandleaders in their own right, with Golding releasing his debut LP in 2019 and Boyd’s 2020 offering, Dark Matter, earning him a Mercury Music Prize nomination. Yet, their origins as recording artists date back to 2015 with their first release as Binker & Moses, Dem Ones, which won the MOBO for Best Jazz Act that same year. It is a combination they have returned to with the most regularity since. 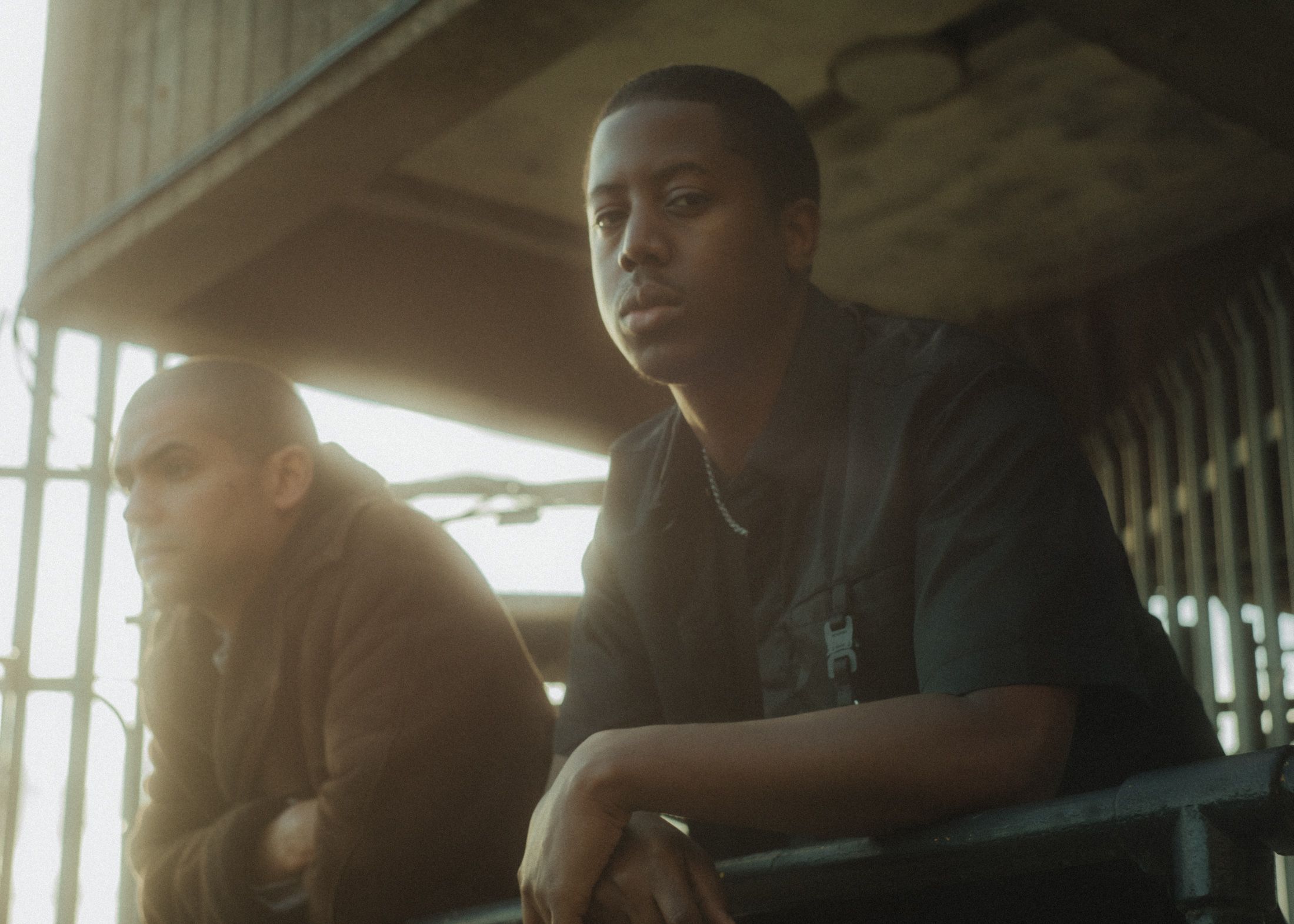 “Playing with just sax and drums is so exposed,” Golding says. “If you don’t sound good you’ll get found out real quick in that opening bar, from the first note, because there’s only two things to listen to. That makes it honest work.”

“You can’t get too comfortable as a musician,” Boyd adds. “It’s always good to be challenged, and this is the most relentless assault on my musicianship that I know.”

If jazz is the performance of improvised music, then free jazz – an improvised performance with only the most minimal pre-agreed structure – is perhaps the genre’s purest form. It demands ultimate presence; the rigour of being forever attuned to the changes your fellow performers make on their instruments, while also channelling an ineffable sense of anticipation and vision for the structure of the whole. It is a push and pull; a tussle between the known and the unknown.

To listen to a Binker & Moses track, which are typically recorded in single takes without overdubs or post-production edits, is to be immersed in this sense of finding certainty within the uncertain. Both musicians first became interested in playing a duo format while jamming through ‘90s recordings of saxophonist Kenny Garrett and drummer Jeff ‘Tain’ Watts in the quiet moments of a 2014 tour with singer Zara McFarlane. They have since channelled their long standing personal relationship into a unique musical confidence.

“We’ve been playing together for so long now, there is so much belief at our fingertips and we just trust the process because we know it never really fails,” Boyd says. “It’s gone way past the point of discussion and we don’t need to explain to each other what we’re going to do,” Golding adds. “There’s a hidden language that we both understand and respond to. We just play.”

This sense of play shines through on the Feeding the Machine. Following two studio albums and two live recordings, the duo altered their process by inviting a third musician, Max Luthert, to improvise on tape machine and modular synths alongside them for their three-day session. The addition of Luthert cracks open the pair’s improvisatory bond, resulting in six tracks that revel in reverb and delays and that give the sense of melody curling back in on itself. Golding’s sax punches through the mist to provide strobing, clarion calls of sound, while Luthert displaces forward momentum with his looping, instead leaving Boyd to play out undulating, muscular textures on the drums.

It is an LP experience, one to be listened to in its entirety as the trio’s interplay envelops. Aside from the burning of that one particular tape, the experience of recording was a seamless one, coming after a year of coronavirus-related performance delays and another lockdown in England. “It feels like one voice on this album,” Golding says. “It is the tightest synthesis we’ve had on a record and that might have been because we were coming out of isolation straight into the studio to create – we were jumping right to the ideas.”

Despite coronavirus wreaking havoc on touring and recording schedules – especially for jazz musicians who earn the majority of their income from live performance – Boyd notes how his and Golding’s peers have only gone from strength to strength in the jazz scene and beyond. “We’re in a golden age of music right now,” he says. “Our group of musicians has had such an effect on popular culture. I see so many jazz players backing people like Celeste, Little Simz and Kano, and now everyone is standing on their own two feet, it’s up to us to sustain the infrastructure for the next generations to come through.”

Indeed, nurturing young talent is embedded in jazz culture. Boyd and Golding were both initially trained at the London-based free workshop Tomorrow’s Warriors, led by bassist Gary Crosby. The community organisation has spent the past 30 years offering weekly tuition to budding jazz musicians of all standards and both Boyd and Golding remain close to Crosby, with Golding still leading the Tomorrow’s Warriors Youth Orchestra. Many of Golding’s students have since made it into Boyd’s band, as he references that he likes to keep it packed with young players to push each other forward, much like drummer Art Blakey’s Messengers group, which was an incubator for young players throughout the 1950s and ’60s.

“Somebody needs to do a research paper on the GDP Tomorrow’s Warriors has provided,” Boyd says. “The amount of musicians who have been [performing] behind Amy Winehouse to Adele coming from that free education – it’s amazing. Gary’s been running it for over 30 years and he’s done an excellent job but it’s up to us to build on it.”

“We’re sustaining ourselves now and creating an industry,” Golding adds. “I look back at when we started and there were only three jazz touring acts in the UK among our peers and now there’s dozens of us being booked to play festivals like Gala or Outlook and Dimensions. That is down to the people around us having the vision to not keep us in the ghetto.”

Boyd and Golding have played their way out of that marginalised ‘jazz ghetto’ thanks to the integrity of the work they have put out. And to keep it up, sometimes that means destroying recordings. “I tend not to look back so much. I’m always thinking, what’s next for us? How do you keep things going?” Golding says. “This music that we’re playing isn’t a fad but audiences can be fickle, so we need to make sure we’re not putting a false spin on anything. We can only be who we are and not try to be anything we’re not.”

Linkedin
RELATED ARTICLES
OTHER ARTICLES
Following the release of his newly republished 1991 book, Redheads, the American photographer reflects on his celebration of ginger people and their magnetic power.
The author discusses her blistering new novel about history, revolution and queer love.
Over the weekend, London locals came together to resist a pre-planned police raid targeting delivery drivers.
From the Yakuza to a biker gang, Bruce Gilden recounts capturing Tokyo and Osaka in the ‘90s.
New legislation is set to make it more difficult to hold Israel accountable for its human rights abuses.
While protests over abortion rights rage in the US, access to abortion services is still almost nonexistent in parts of the UK.