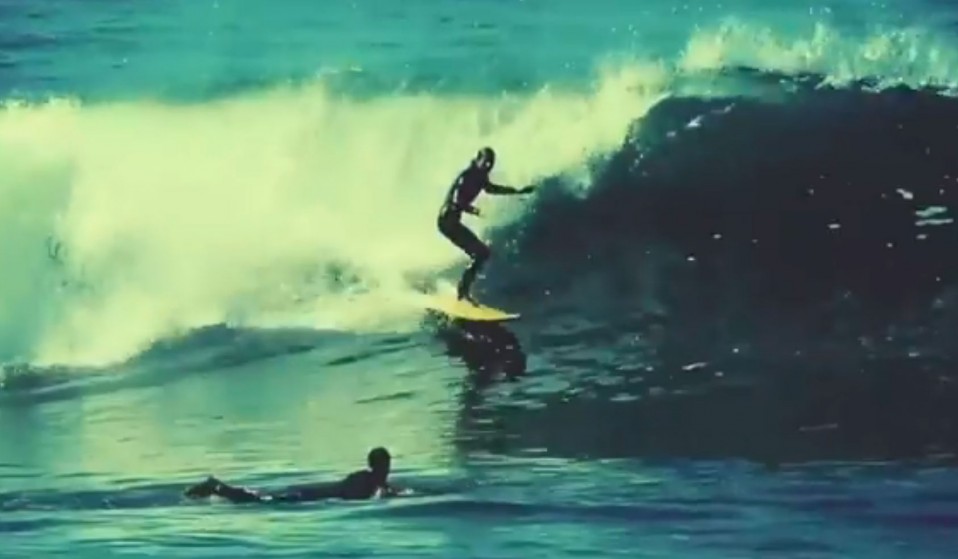 To honour the renaissance of the surf/skate music video, heralded by Joel Tudor and DJ Harvey, we've pulled ten of our faves from the archives.

To honour the renaissance of the surf/skate music video, heralded by Joel Tudor and DJ Harvey, we've pulled ten of our faves from the archives.

If Joel Tudor singlehandedly made surfing cool again in the mid-’90s – after it all got a bit beergutboyrock in the late ’80s – then he could be about to do the same for surf/skate-themed music videos with a new audio collab that dropped yesterday.

Teaming up with DJ Harvey to provide visuals for the cult British DJ’s new rock project Wildest Dreams, Tudor is bringing back an era of soundtrack shred-films that made MTV 2 feel more like an arty Hellaclips in the ’90s and 2000s.

So, to honour the renaissance of the surf/skate music video, we’ve pulled ten of our faves from the archives. Enjoy.

Quickly becoming a classic, this beautiful vignette sums up a California imagined and dreamed of from across the pond. Says DJ Harvey on Nowness.com: “As an East-Anglian Englishman, I looked to California as a promised land when I was a kid. It had skateboarding, surfing, hot rods, tattoos, the Mansons, the Beach Boys, pornography, the plastic people and the movie industries. It was everything I was into, the dark side of the hippie thing. I aspired to Hollywood babylon: hippy satanism, psychedelia and Frank Zappa and The Mothers, all that wonderful stuff.”

The ultimate collage of eating shit. Watch at your own risk.

A nostalgic paean to the Halcyon days of Jackass and CKY when skateboarding ruled supreme – closely followed by hurting yourself for lolz. Kinda heartbreaking to watch Ryan Dunn so full of life in 2010, just a year before his untimely death by car crash.

In 2011, Red Hot Chili Peppers’ Anthony Kiedis called Crazy Band the “the most fun band I know to be next to right now”. Crazy Band take all the tropes of LA life and flip them on their head to create DIY punk at its unadulterated best. In this video they skate and skitch in a traffic jam, which is rad.

Patrick O’Dell slows everything down in this pool-based skate sesh, which unfortunately makes me think of Sum 41 but, like, not for long.

Not really much skating in this but someone does ride a fish down a grassy hill at one point, which probably deserves a shout out. Plus it’s nice and The Growlers are cool.

Bill Strobeck teamed up with actor/singer Jason Schwartzman to make the video for this track ‘Any Fun’, featured on the second album Davy of his Coconut Records’ solo project. The video features the likes of Schwartzman, Gonz and Chloe Sevigny (in a drug rug) cruising around NYC, hula hooping, shooting Super 8 and having lots of fun.

Noisy Detroit trio rip up their DIY skate ramp in this pranged out short.

All hail Spike. The Sonics get the Jonze treatment.

Linkedin
RELATED ARTICLES
OTHER ARTICLES
Photographer Melanie Nissen recalls capturing the characters, fashions and rarefied chaos of a rapidly-expanding set of punk bands who helped to redefine the genre.
In Sheffield, food delivery drivers are fighting back against one of the giants of the gig economy.
Photographer Alice Mann reflects on capturing the camaraderie and discipline it takes to succeed in a highly-competitive sport.
With a new bill seeking to further criminalise asylum seekers, the work of a group of volunteers monitoring small boats in the English Channel is all the more vital.
As the role of the nuclear family is increasingly called into question, people are finding new ways to exist outside heterosexist norms.
Ahead of the policing bill reaching its final stages in the Lords, protestors came together to rally against the legislation.