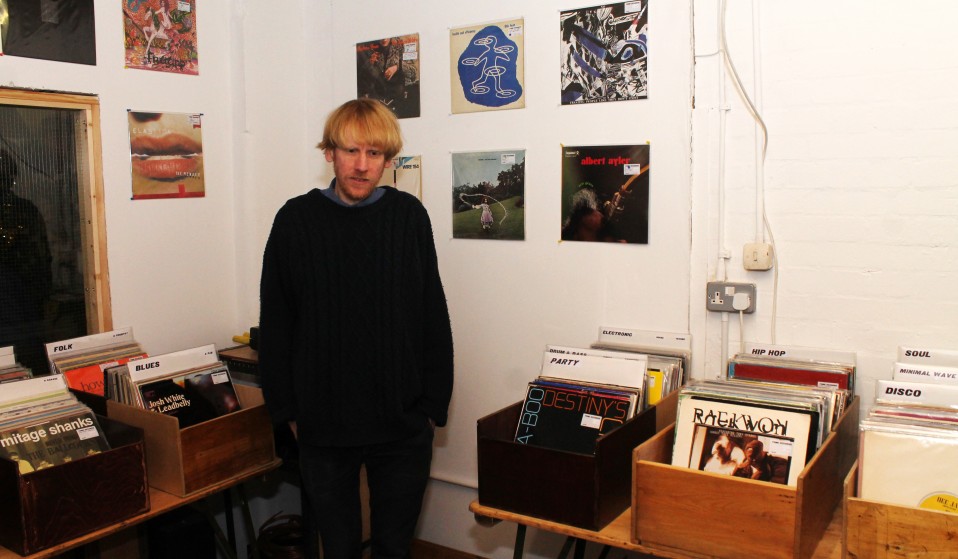 London's DIY scene is thriving. Here's what to look forward to this year.

Kevin Hendrick runs Tome Records out of DIY Space for London, a show venue and community space in South London. Show-goers can browse the record store's selection of hard-to-find and not so hard-to-find pressings during gigs and events. Here are Hendricks picks for the 5 most anticipated sounds of 2016.

Tome Records was started last year by Kevin Hendrick from a few wooden crates. A longtime member of London’s punk scene (his current band is Primitive Parts), Hendrick had worked in a couple record shops before he took the plunge and opened up his own. He found a spot for the shop at the site of an old industrial building in South London which was in the process of being converted into DIY Space for London (DSFL).

DSFL is a collectively-run space that’s quickly become a flagship punk venue in the city, especially since the demise of Power Lunches, who passed off the torch to DSFL in the Facebook post announcing their closure. Fundraising and planning for DSFL began in 2012 and over the spring of 2015 it was renovated by collective members themselves. It’s now a music venue, and a social space operating as a members co-operative – meaning anyone can join. It houses that a cafe (Joey’s Kitchen), a print and darkroom collective, practice spaces for bands, weekly yoga classes, and a whole host of other groups which use the low-cost space and help keep DSFL running.

Tome is nestled in a side room at DSFL. Dubbed the in-house record store, it’s a bare bones set-up with one of the best selections in the city. Here are Hendrick’s top picks for London DIY in 2016:

Excited for some Oblate releases this year. It’s the solo project of Lindsay Corstophine who also plays in the brilliant and busy Sauna Youth and the not so busy Primitive Parts. He has also been recording cool bands like Primetime. House music informed by punk is what I hear.

A London record label doing small, lathe-cut runs of primitive electronics and weird DIY minimal wave. Bubbling away in 2015 a bit cloaked in mystery on account of the label being reachable only through a Facebook page (although they’ve now expanded to an actual website and even an email address). Really excited for a bigger busy year of weird wonderful vinyl from PY.

I just heard this band the other day – a practice recording on one of their phones. This band is very new but I’m already sold. For me, in just three songs, it has all the right amounts of harsh, of sassy structure and bile and beauty. Too much energy for the smart phone. Members of Woolf, Major Malfunction and COP. They’re going to give 2016 a right load of grief. 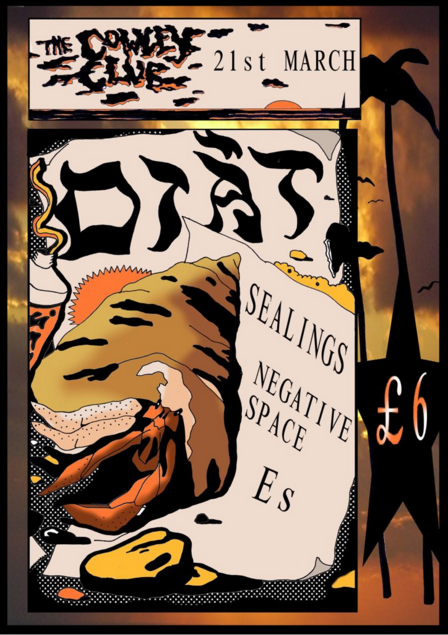 Pronounced “S”. Another super-supergroup: members of Primetime, Gloss Rejection, The Worms, and Black Fungus. That is – Maria, Flora, Tamsin and Katy. I saw them at DIY Space right at the end of last year, I think they were hungover and they were great. It’s a weird mixture of dark chorus-y bass lines that intertwines with keyboards. All sprawling and brilliantly stapled together with the drums and the vocals are UP FRONT. It’s too hard to explain it has to be seen to be heard. It’s really weird and really cool and I think it’s going to be something special in 2016.

They can do no wrong in my opinion. Or perhaps they do, do it wrong and that’s why it is brilliant. Anyway I’m a big fan of the singer, Russell Walker, and his various projects – Bomber Jackets, Charcoal Owls and his collaboration with Dan Melchior. The Pheromoans have been going for nine years and this is their fourth album fresh for 2016. It’s on Luke Younger’s (Helm) label. I’m equally intrigued to see what 2016 brings for Helm and Younger’s label, Alter.

Check out more from Tome Records

Linkedin
RELATED ARTICLES
OTHER ARTICLES
Russian radio DJs Tatyana Andrianova and Mihail Rezvan are championing new independent music in Moscow and beyond.
Police brutality, domestic violence, the refugee crisis, dad dancing and hallucinogenic drug experiences were all explored in the music cinematography of the past year.
Loud And Quiet’s reputation has grown steadily since it began life as a fanzine in 2005 - thanks in part to its eye-catching music photography.
Thanks to people like Jon Tolley and Mike Smith, record shops still exist in the age of music streaming.
A selection of tracks drawn straight from the floorboards of modern dance culture’s Mecca.
Burger Records founders Sean Bohrman and Lee Rickard reflect on foul-mouthed weirdos, saving lunch money to buy records and 'The Stooge Mobile' of their suburban youth.