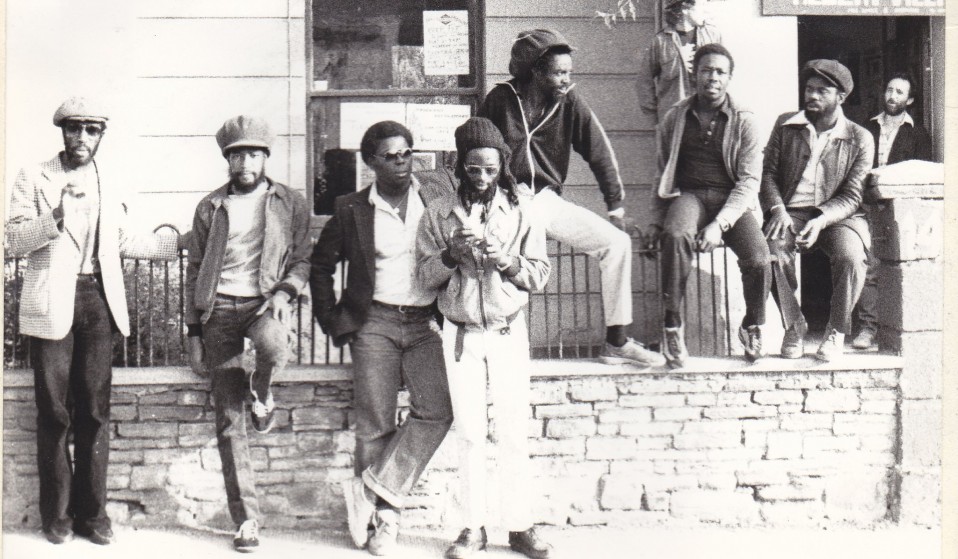 Jabulani Ngozi of the Black Roots and author Richard King reflect on how a radical spirit of resistance in the 1980s shaped the city’s unique music culture.

Jabulani Ngozi of the Black Roots and author Richard King reflect on how a radical spirit of resistance in the 1980s shaped the city’s unique music culture.

“When we started in 1979, we were all young kids, just leave school, lack of opportunities to get ahead in the industrial world, work and all that – unemployed,” explains Jabulani Ngozi, a founding member of the influential Bristol reggae band Black Roots. “We were just hanging around, and there was nothing much to do. And a couple of us decide, say ‘Well, mercy, we try do something for ourselves.’”

Bristol’s underground scene has long been instrumental in driving British music forward, from reggae and dub to late ‘70s post-punk, through to the import of hip hop and development of trip hop in the ‘90s, on to jungle, drum & bass, dubstep and today’s thriving bass music scene. 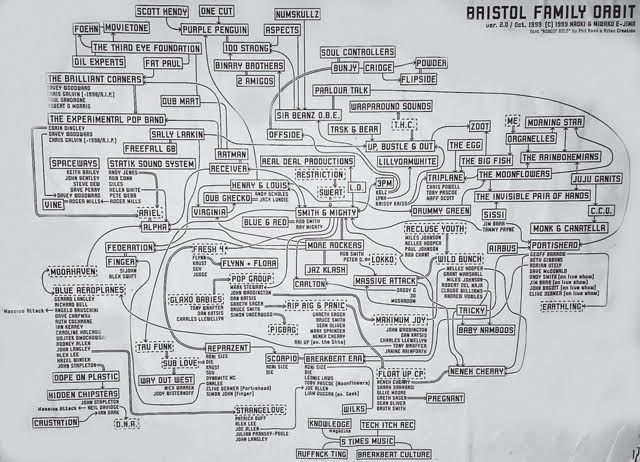 But when we trace the roots of this music back, we end up at the pumping soundsystem culture that emerged in the late 1970s/early 1980s – in a climate of resistance to oppression, inequality, unemployment, racial injustice and police brutality. The 1980 St. Pauls riot brought all these tensions to a head and had a strong impact on the evolution of Bristol’s underground. This fiery streak remains, and has no-doubt played a part in keeping Bristol’s vibrant multicultural melting pot burning to this day.

To help piece the story together, Huck presents an exclusive extended interview with Jabulani Ngozi, rhythm guitarist in Black Roots, from Gilles Peterson’s radio documentary on the Bristol underground, ahead of this weekend’s 6Music Festival.

Following in the footsteps of the Untouchables, Private Number and Sonic Invaders, Black Roots weren’t the first Bristol reggae band – but the eight-piece band from St. Pauls were the first to become significant recording artists. Following their debut Black Roots in 1983, the mainly-Jamaican-born group have released over ten albums and after disbanding in 1995 are back together making music.

Their distinctive brand of ‘militant pacifism’ roots reggae struck a chord in a time of strife and social conflict during the 1980s and their influence on all Bristol music that followed has been huge. The revered DJ, John Peel once said; “If anyone tells you that there is no such thing as good British reggae, first tell them that they are a herbert and then listen to Black Roots.”

“Bristol in the mid ’70s, was a fairly segregated city,” explains Richard King, featured in Peterson’s documentary and author of Original Rockers, that documents the rise and fall of Bristol record shop Revolver, which played a key role in this era. “People don’t really like to talk about it but it was there.”

The 1980 St. Pauls riot erupted in response to a heavy-handed police raid on the Black and White Café, an important social centre in an area with a strong black identity, but grew out of a deeper-rooted anger at social exclusion and lack of opportunity.

For King, the riot was a major event: “Bristol was the first city that rioted in the ’80s – and it rioted for a reason, because St. Pauls was being starved of resources, there was a ‘sus law’ and there was a lot of heavy stuff going on,” he explains. “[After the riots], rather than have the soundsystem impounded, and the equipment destroyed, which happened up until the riots, The Wild Bunch and other soundsystems from the the mid-‘80s onwards were allowed to kind of get on with it.”

Active from 1983 to 1989, The Wild Bunch is one of the most well-known soundsystems, in part because it featured Robert Del Naja, Grant Marshall and Andrew Vowles, who went on to form Massive Attack in 1987. Jabulani and The Black Roots were associated with a soundsystem called Tarzan the High Priest, but these were just two of many that flourished, pushing the Bristol party scene to new heights. 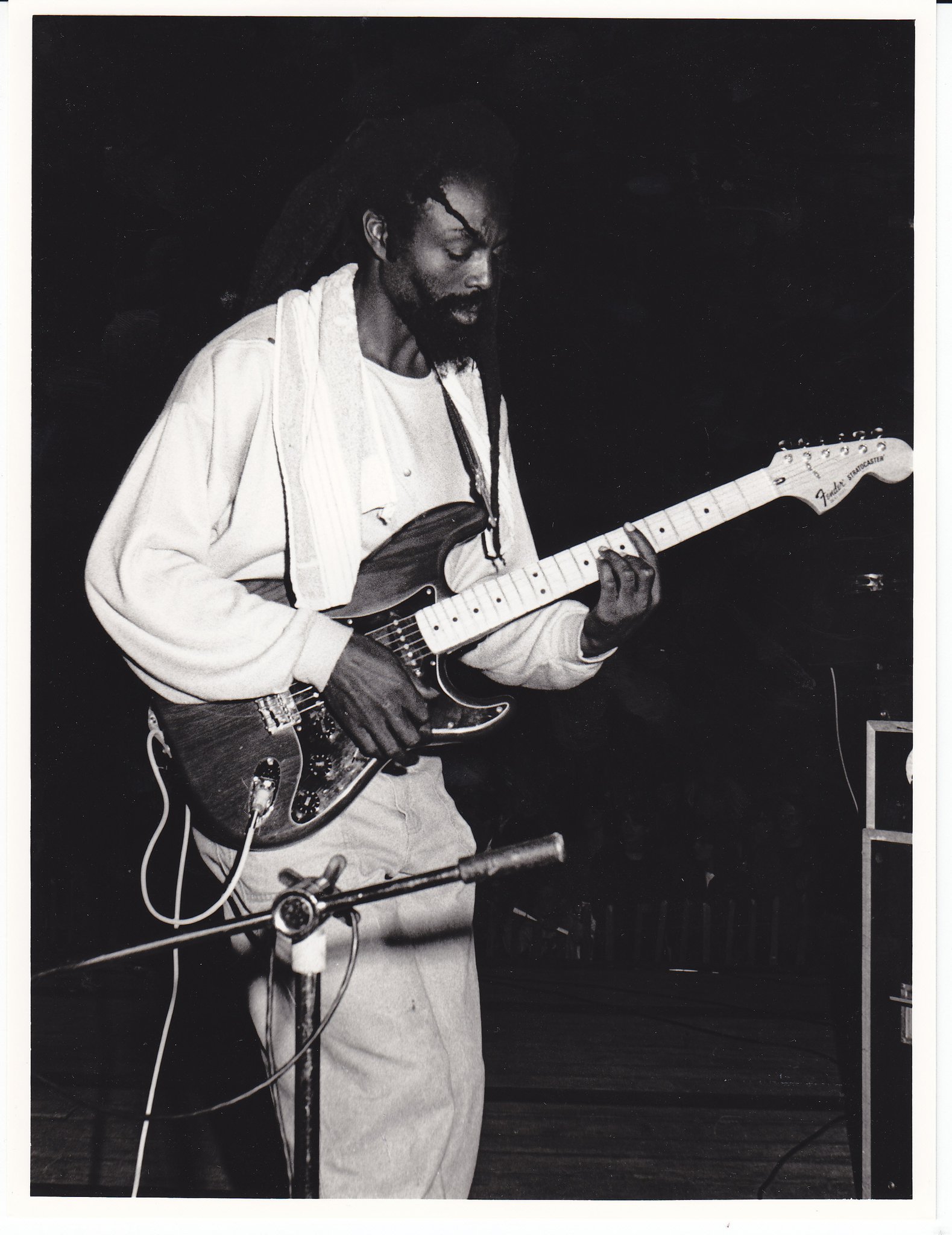 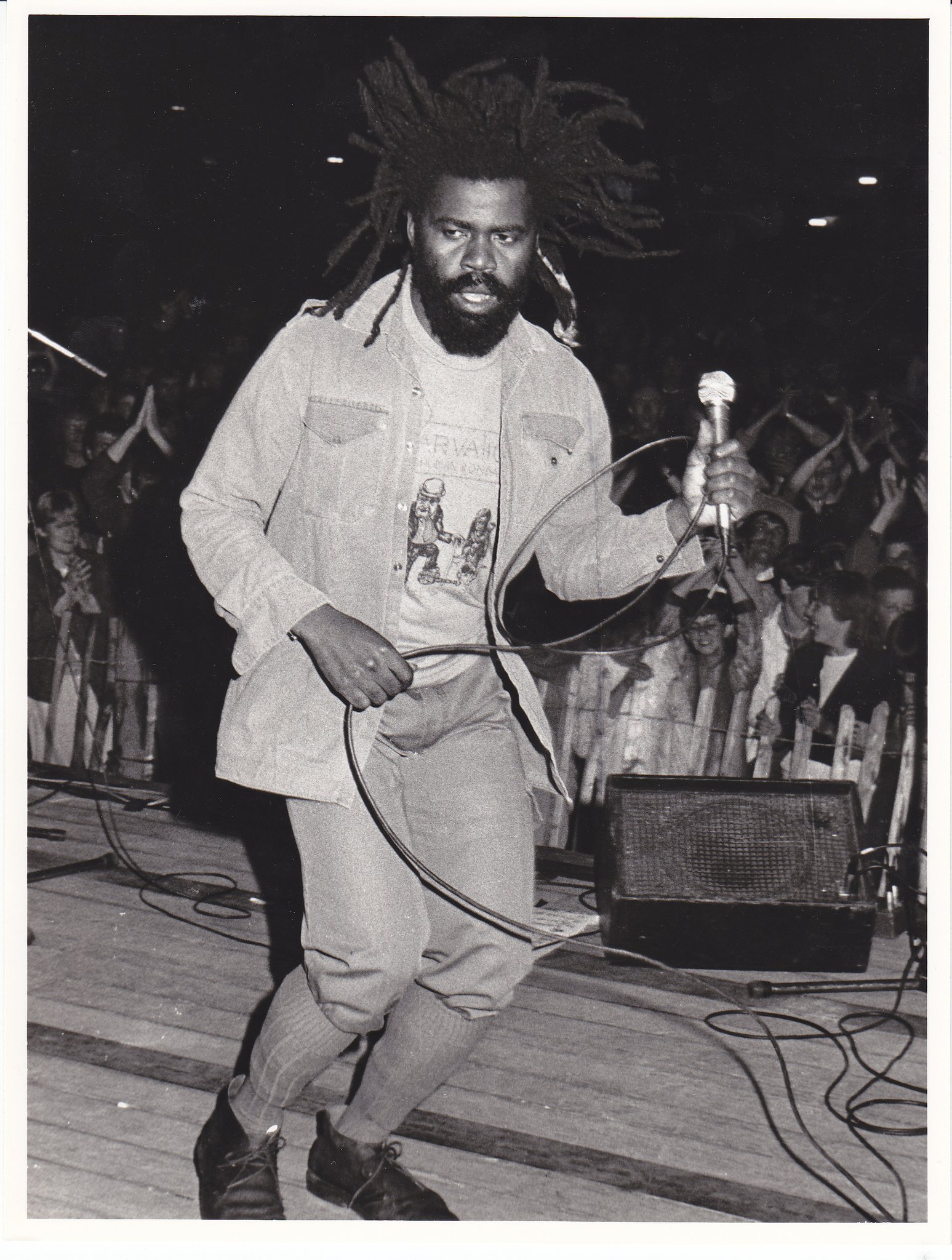 For King, the free space opened up following the riots was key to the development of Bristol’s thriving underground scene – and continues to shape the city’s unique music culture. “After the riots, the police said, ‘Look, we’re not going to touch these guys, they’re going to go for it,’” explains King. “[The soundsystems] could play all night into the morning without any hassle. And you know what it’s like when you’re really deep into the music: deep deep deep into the night and everyone’s just in the same place. I think that’s Bristol: the fact that it came from that late, late, late night vibe, where people were just allowed to just go on and on and on. And the bassline just rolls and rolls.”

Right up to today, there’s always something brewing in the Mild, Mild West. But Bristol’s reputation for having a more chilled outlook than the rest of the country conceals a powerful energy that lies under the surface. “The vibes is good in Bristol because it’s an old slave town,” Jabulani explains. “Our ancestors feel the pressure and they inspire us to enlight the world through the trouble and whatever.” 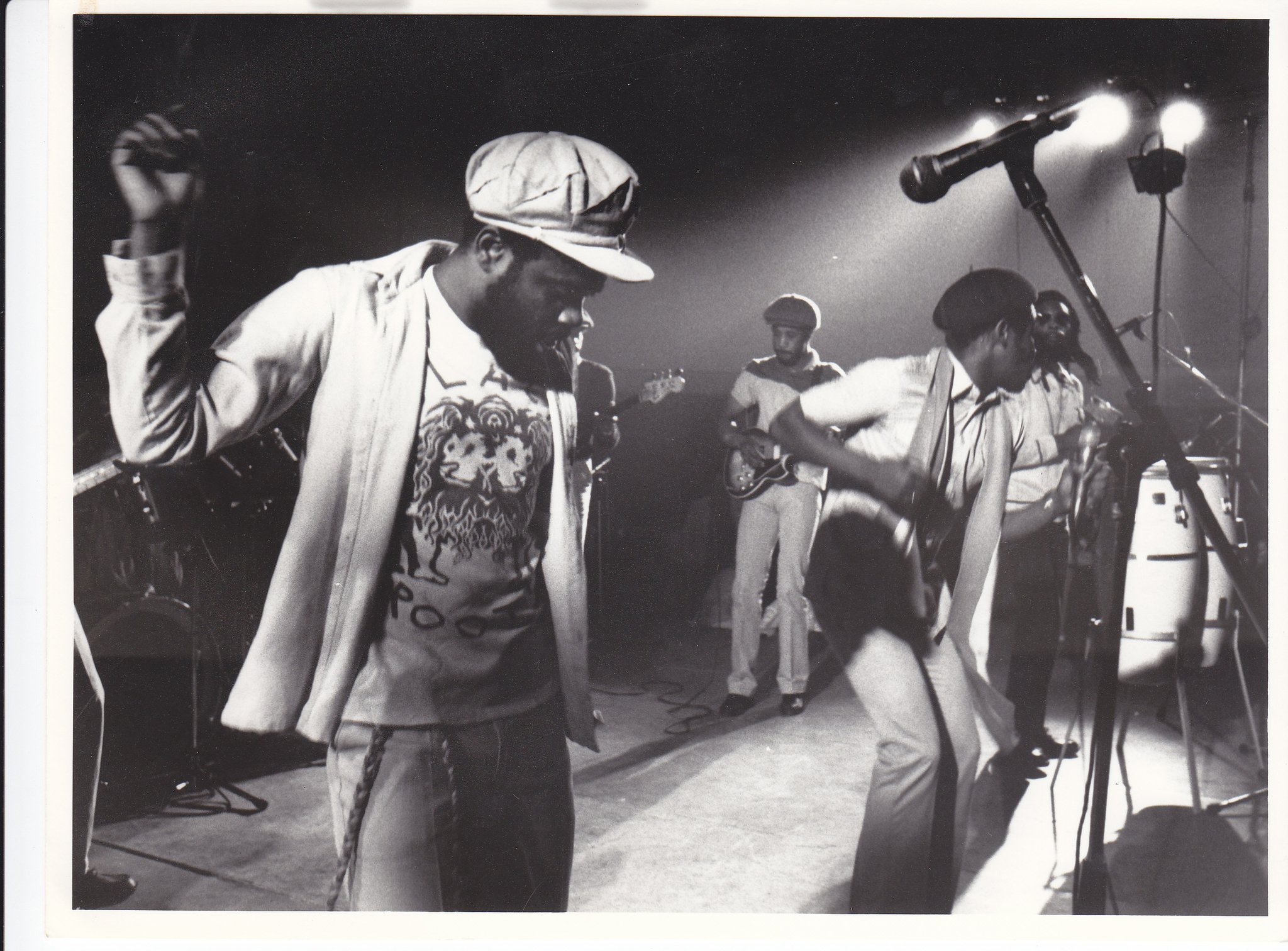 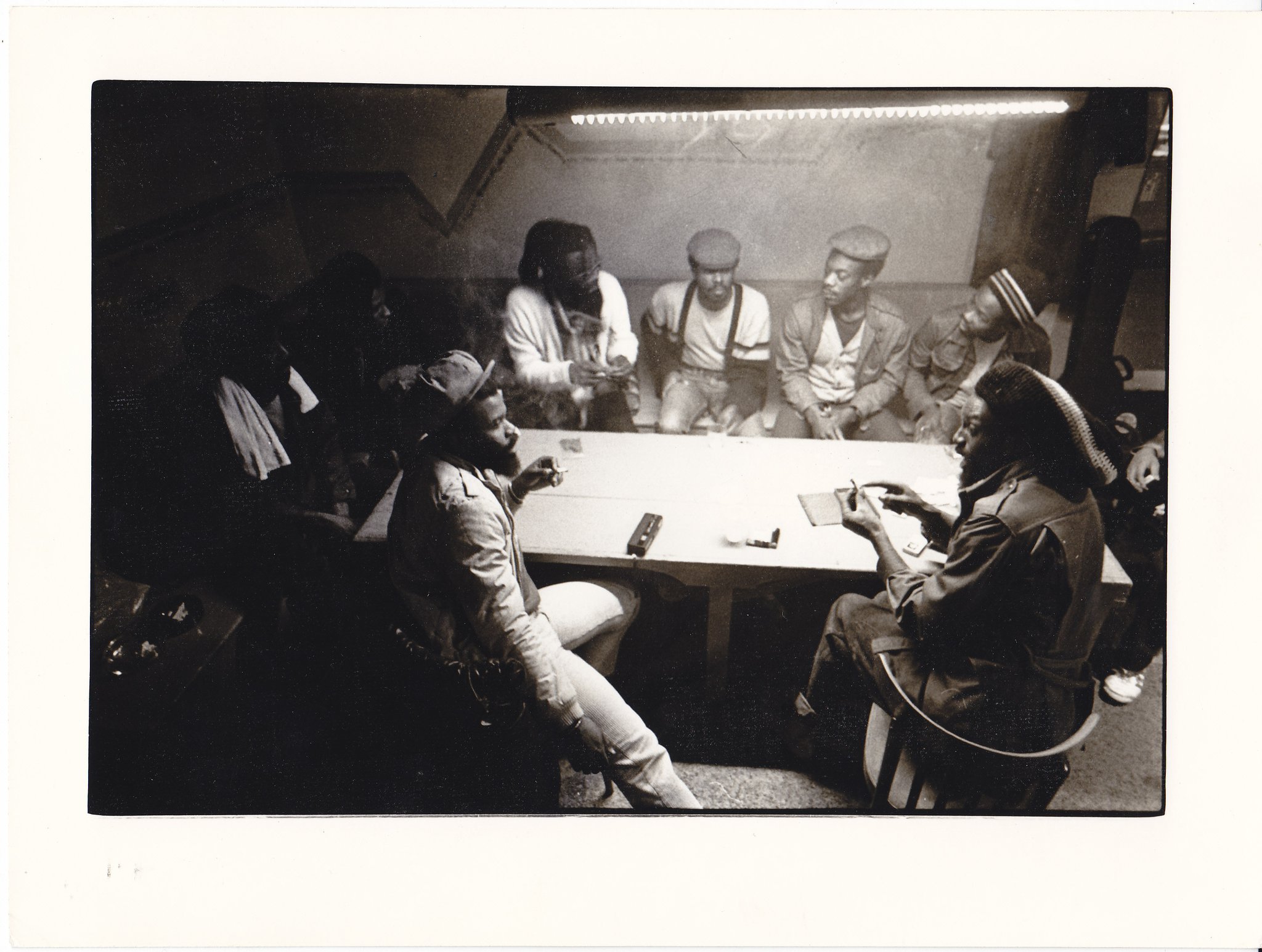 For Jabulani, despite the conflict and inequalities, music continues to play an important role in uniting Bristol to move forward. “We’re proud of everything we’ve done to enlighten Bristol,” he reflects. “We came to England from the Caribbean at a very young age, so to see that we progress and join the people to our thoughts and minds through our music… because the music to me is very important, because we have to expand our thoughts. It’s not very often a lot of us can go on the radio and speak it. We speak it through the music. Lyrically, the content of the music, the feel and the vibes of the music, that’s the spirit of our ancestors. That’s what reggae manifests anyway, through vibes, through the feel.”

Linkedin
RELATED ARTICLES
OTHER ARTICLES
Campaigners reflect on what the supreme court’s decision to allow buffer zones in NI means for the future of reproductive rights in the UK.
Jeffrey Henson Scales intimate portraits and protest images of the BPP and its leaders offer a rare insight into organisation at a time of societal upheaval.
The first-generation graffiti artist reflects on the tagging’s emergence as an art form and the players who pushed the medium forward.
A new podcast is opening up the conversation between trans women and trans amorous men in the hope of building coalitions.
Mass crustacean die-offs in the North East have led a community of fishermen to take action to save their seas.
Zsófia Sivák’s ongoing project documents the country’s tavern culture, preserving a once defining part of rural life.