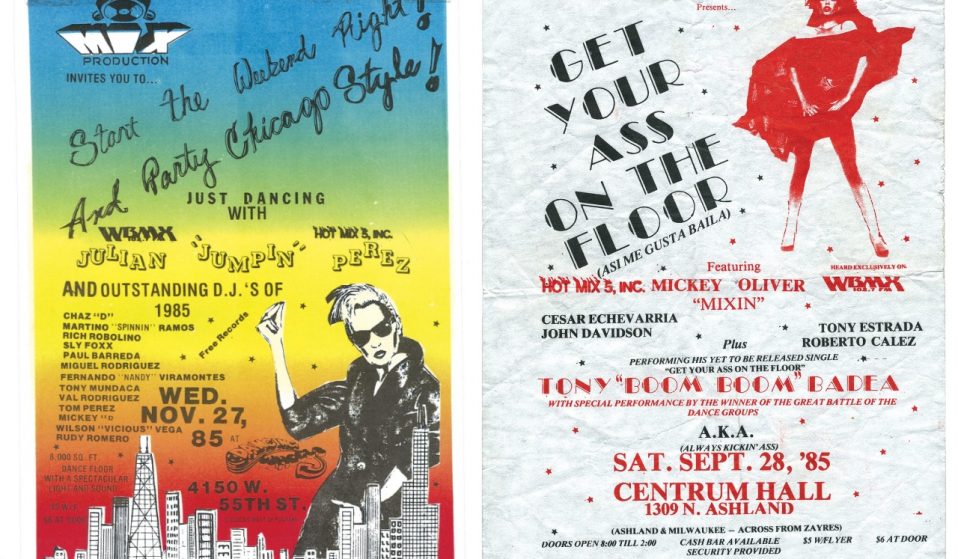 A new book celebrates the power of the DIY party flyer – homemade designs which helped transform the city’s dance scene.

A new book celebrates the power of the DIY party flyer – homemade designs which helped transform the city’s dance scene.

On July 12, 1979, 50,000 people descended upon Comiskey Park in Chicago to attend “Disco Demolition Night”. The promotional stunt, organised by Major League Baseball, saw a crate of disco records get blown up, and the field destroyed.

The “Disco Sucks” sentiment was fueled by the global success of disco music; a predominantly Black and gay art form that triggered the worst impulses of white cultural hegemony.

Once the mainstream turned its back on the culture, disco went back to its roots, and a new style began to emerge in Chicago’s nightclubs. This was the beginning of house music, which got its name from the Warehouse, a members-only gay club for Black men helmed by legendary DJ Frankie Knuckles.

“Knuckles and native Chicagoan Ron Hardy began adding their own twists and turns, mixing in Italo disco, synth, soul, R&B, and even rock occasionally, until their sounds began to find their way outside of these walls,” says Mario ‘Live It Up’ Luna, author, and Brandon Johnson, publisher of the new book Beyond Heaven: Chicago House Party Flyers – Volume II, From 1981-1992 (Almighty & Insane).

“Young black men such as Jesse Saunders, Marshall Jefferson, Larry Heard and others picked up on what Knuckles and Hardy started. With the technical innovation of drum machines, they began producing music of their own in the early ’80s. That was when Chicago house music was born.” 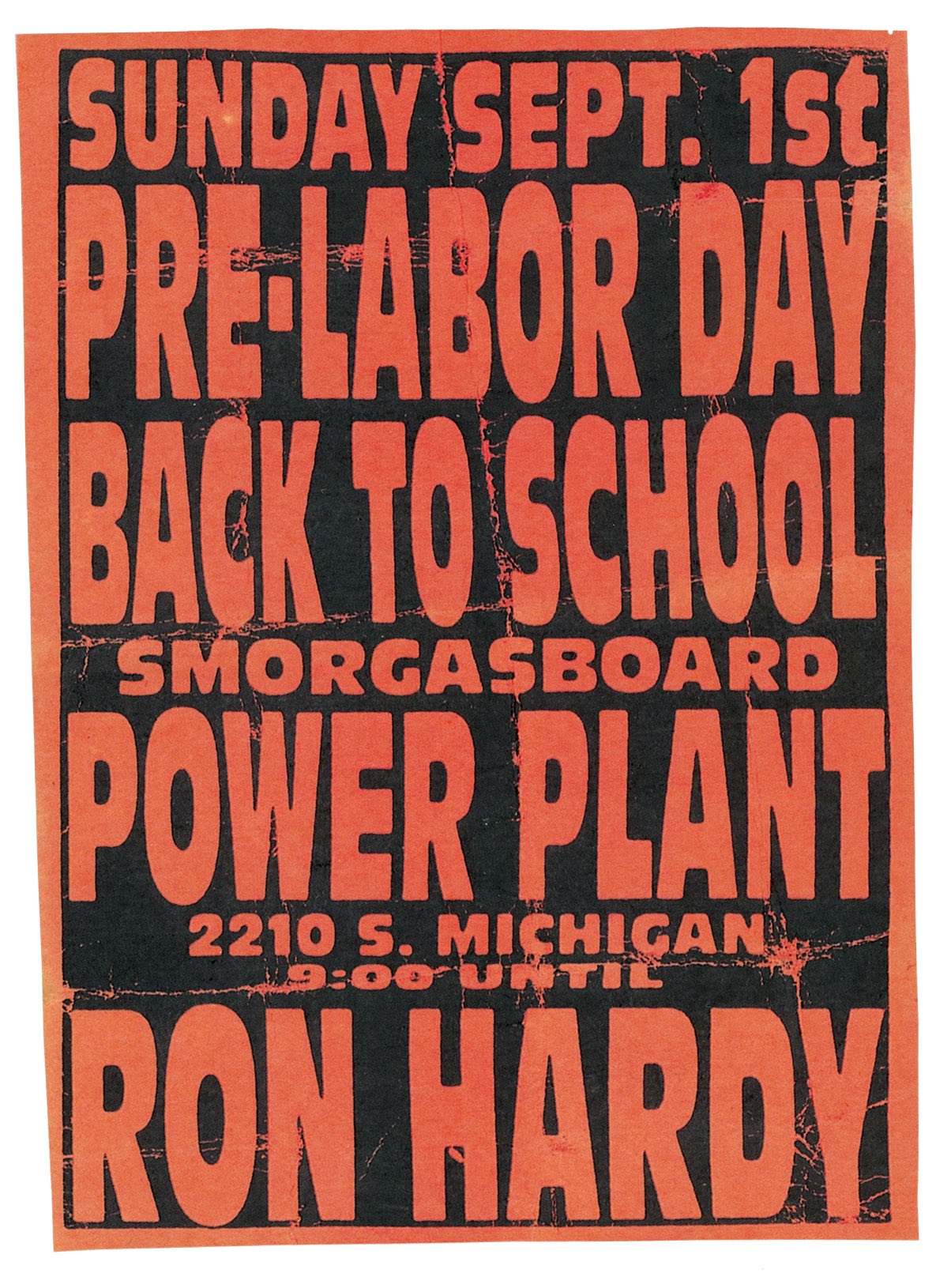 Being an underground phenomenon, everything was DIY. Parties were promoted on flyers – presented in the book – which were remarkably cutting edge by analogue standards. The Chicago skyline graphics, colour gradients, and graffiti elements combined to create a look that conveyed urban sophistication and the high energy of house music.

“Many people held onto their flyers, but over the years things like this get lost or tossed,” Johnson says. “Mario is one of the few to preserve a large archive of what now can be considered historical documents. These flyers give the who, what, when and where of the scene, along with its visual aesthetic. In this sense, they are perfect primary sources for assembling a history.”

The first volume quickly sold out, appealing not only to those who had lived the life but also crossing generational lines. “It was both nostalgia and discovery, depending on who you talked to,” adds Johnson. “We’ve noticed a theme of younger Chicagoans engaged in the contemporary music scene incorporating design attributes from the book in their own graphics for the visual appeal, and in homage to the past.”

The second volume offers a more expansive look at all of the scenes happening in Chicago throughout the ’80s and ’90s. “We also included images of WBMX hot mix cassette tapes bootlegged from live radio sessions and distributed locally,” Johnson and Luna say.

“This was a culture of diversity and inclusion – all were welcome if they came in with respect. And this was a big reason why house got so huge in Chicago and beyond.” 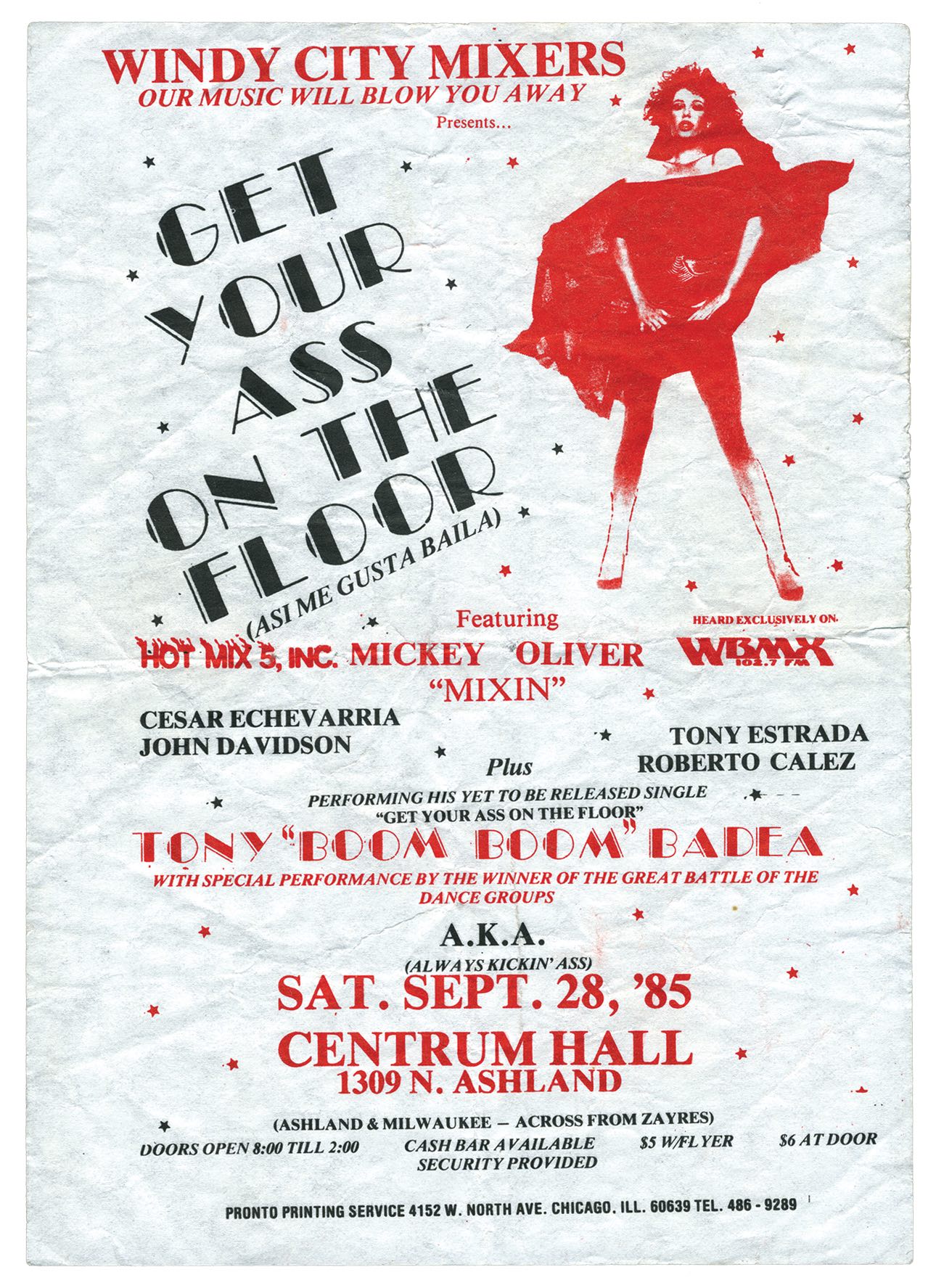 Get Your Ass On The Dance Floor Centrum ’85 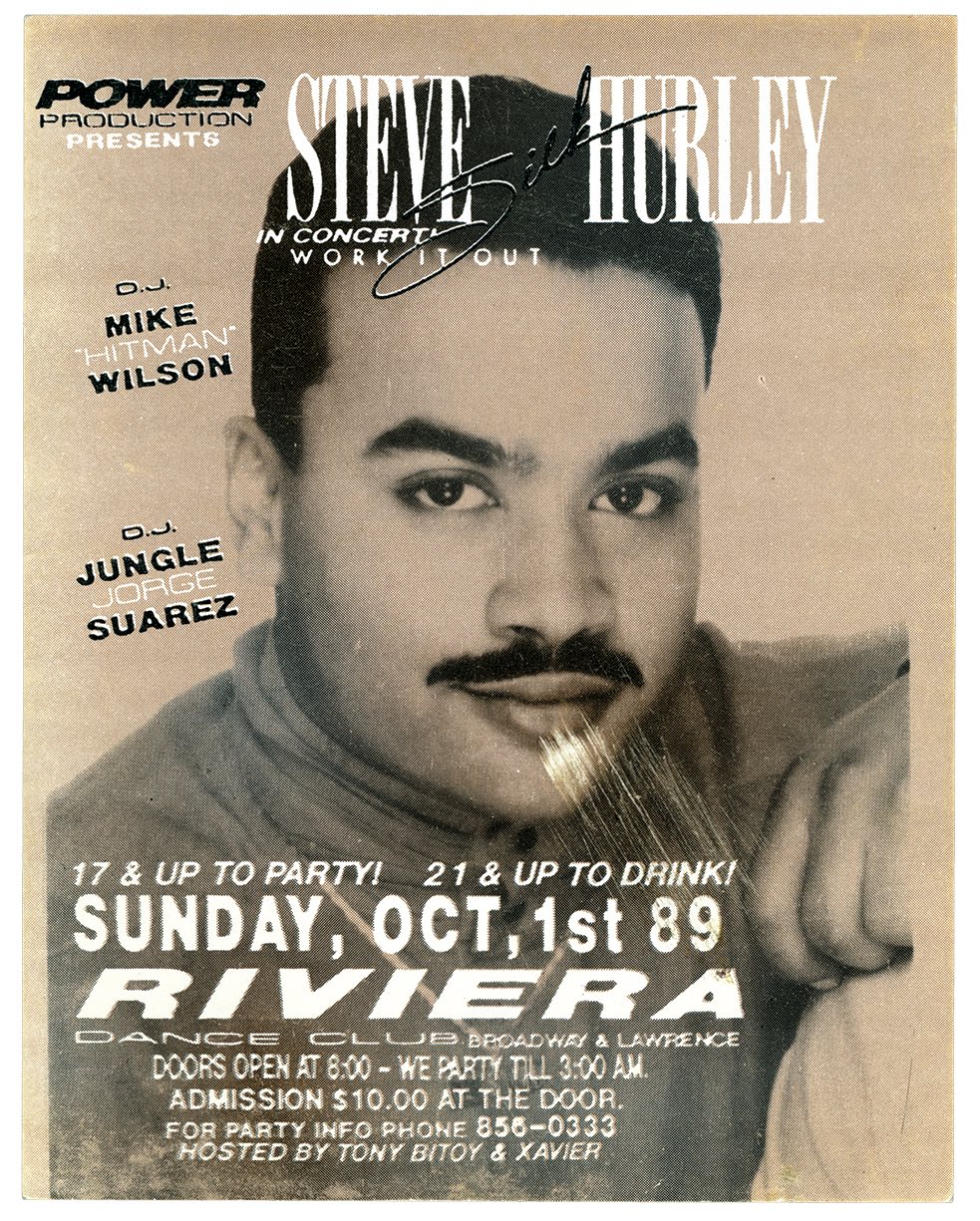 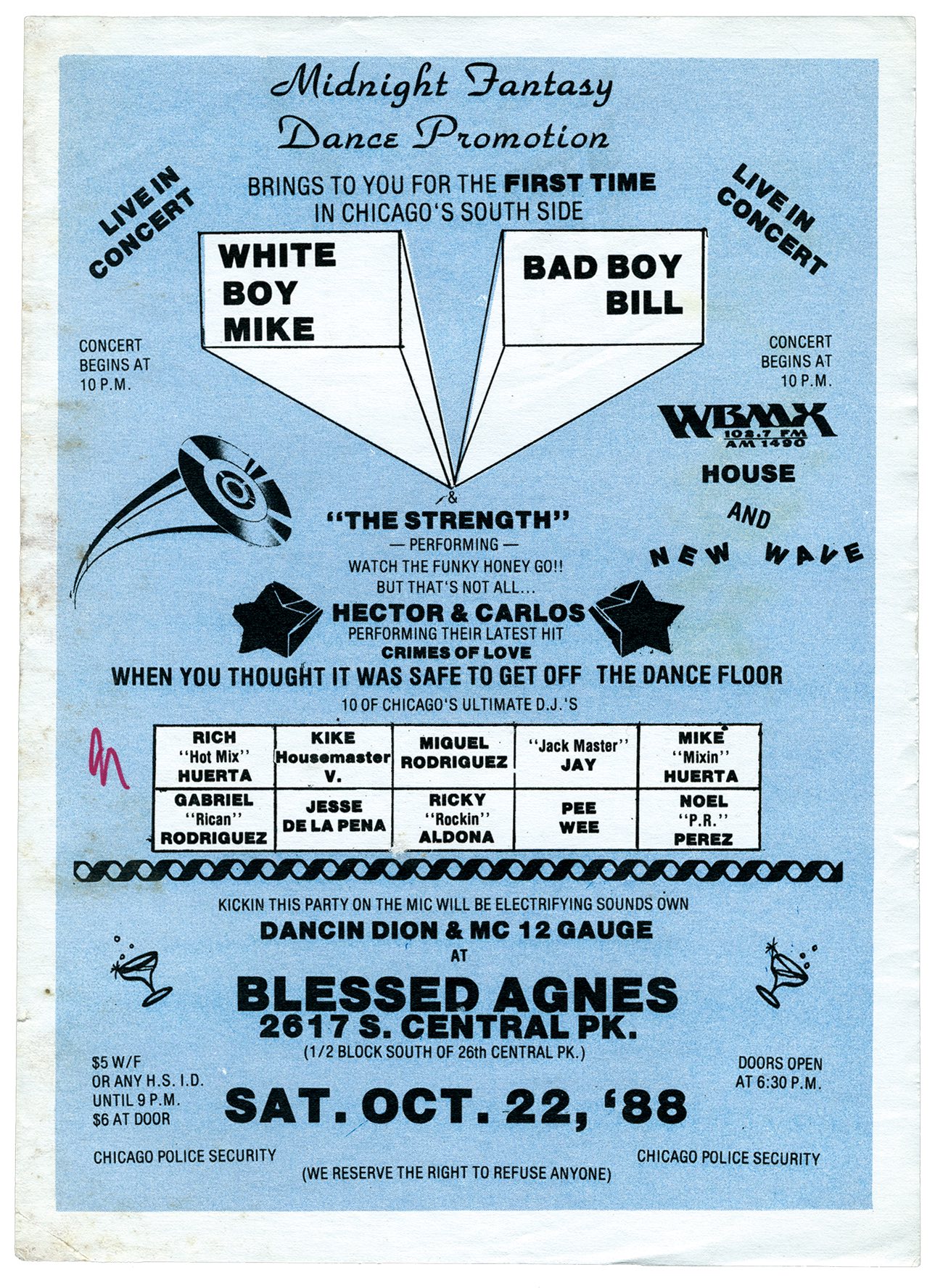 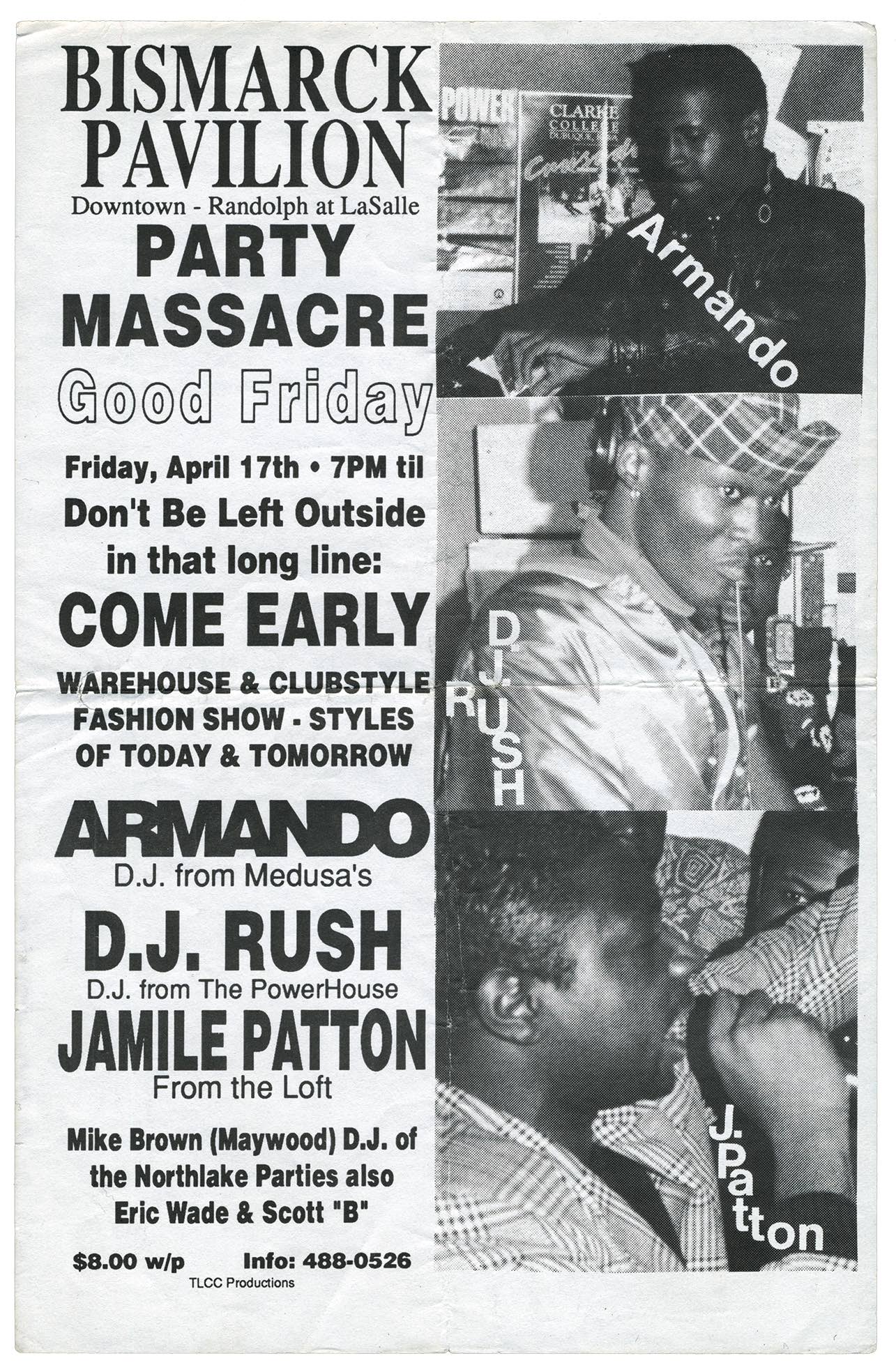 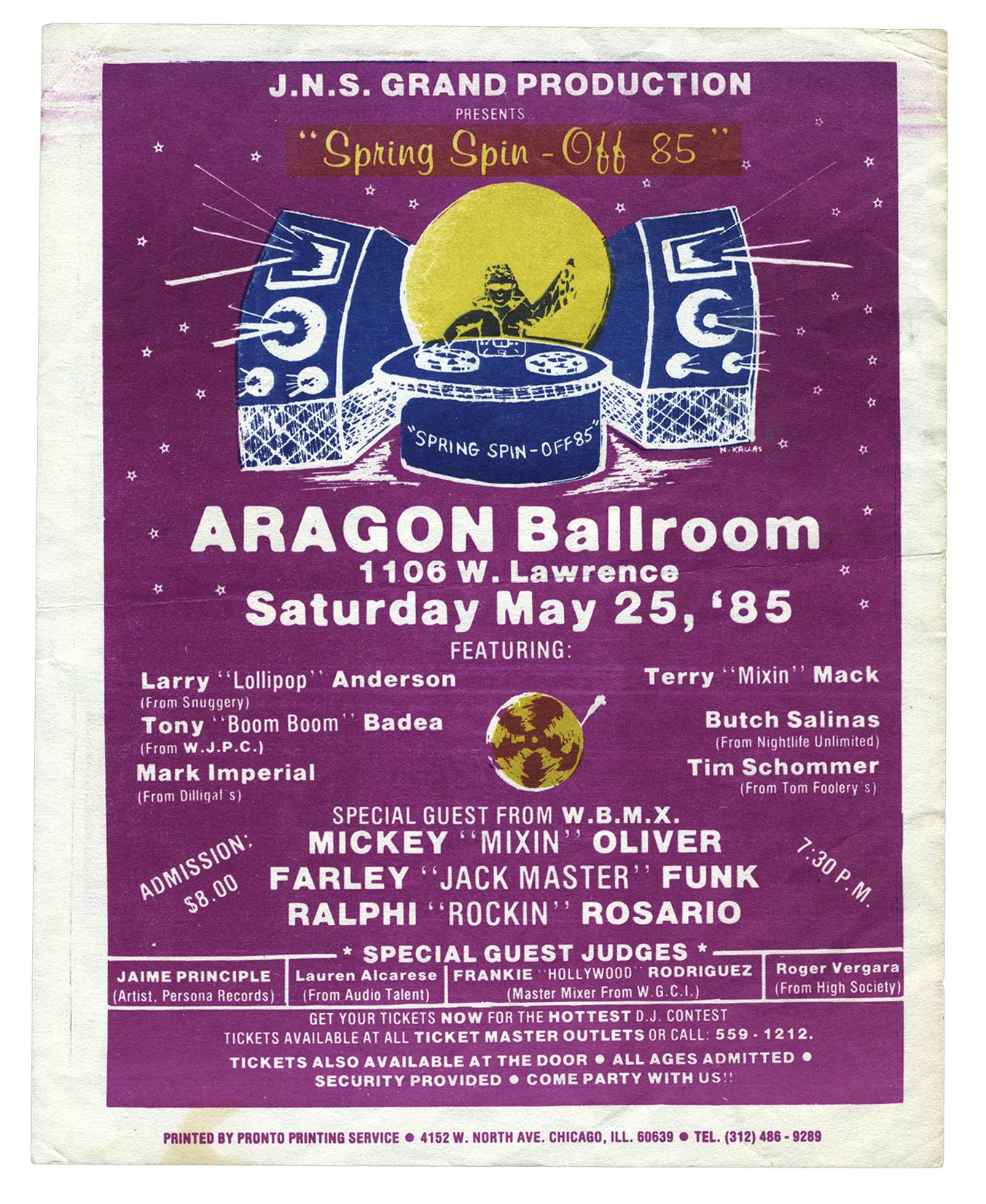 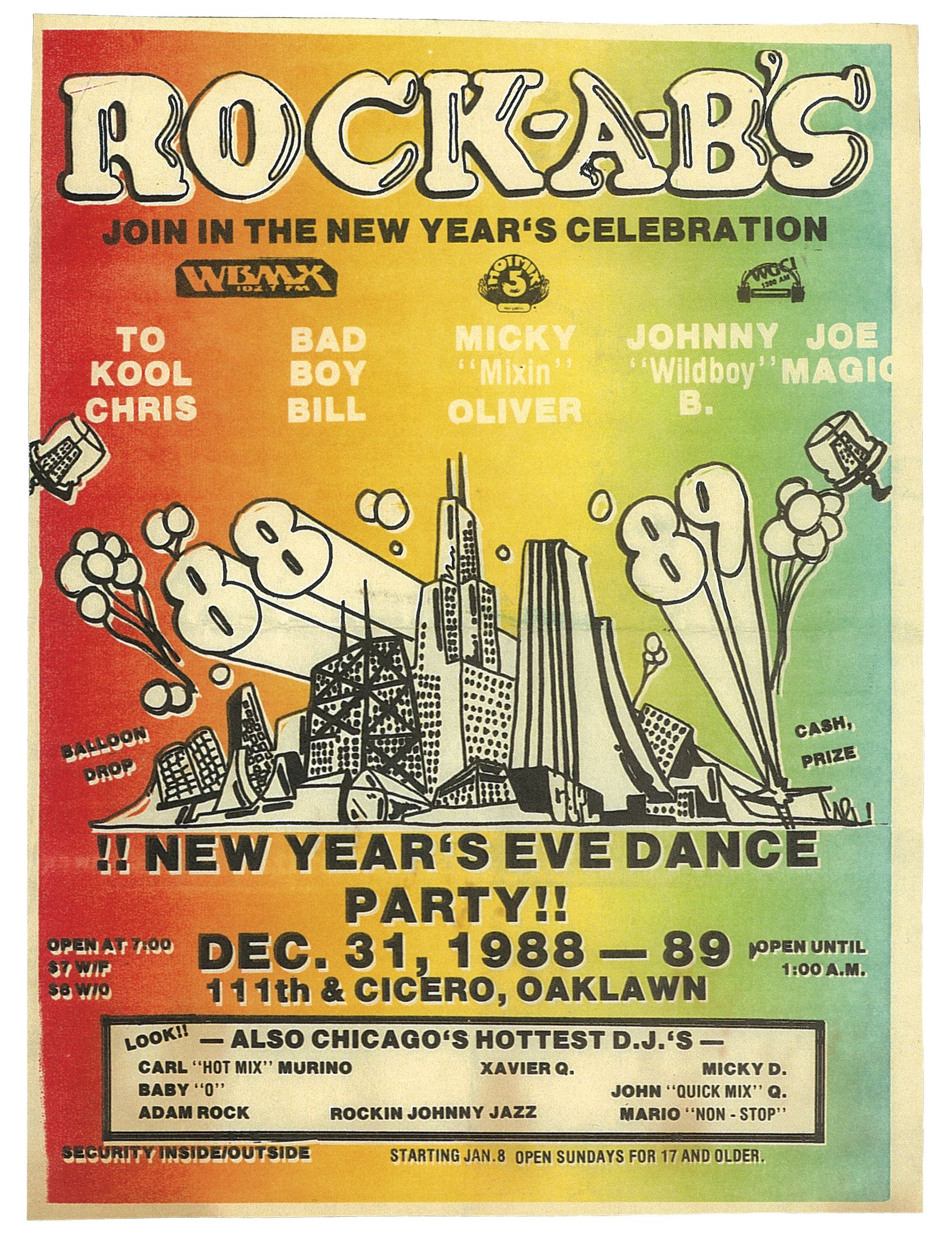 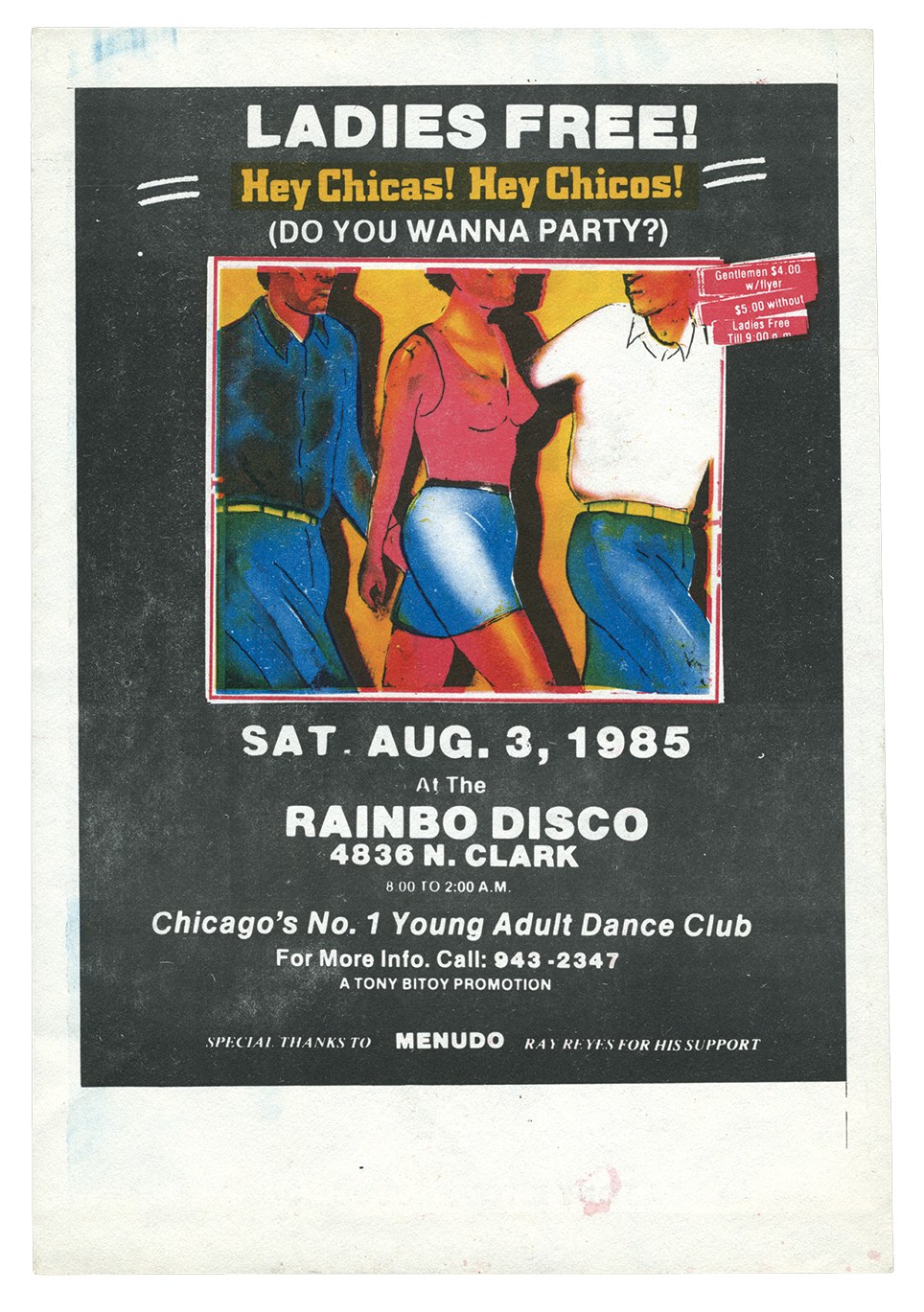 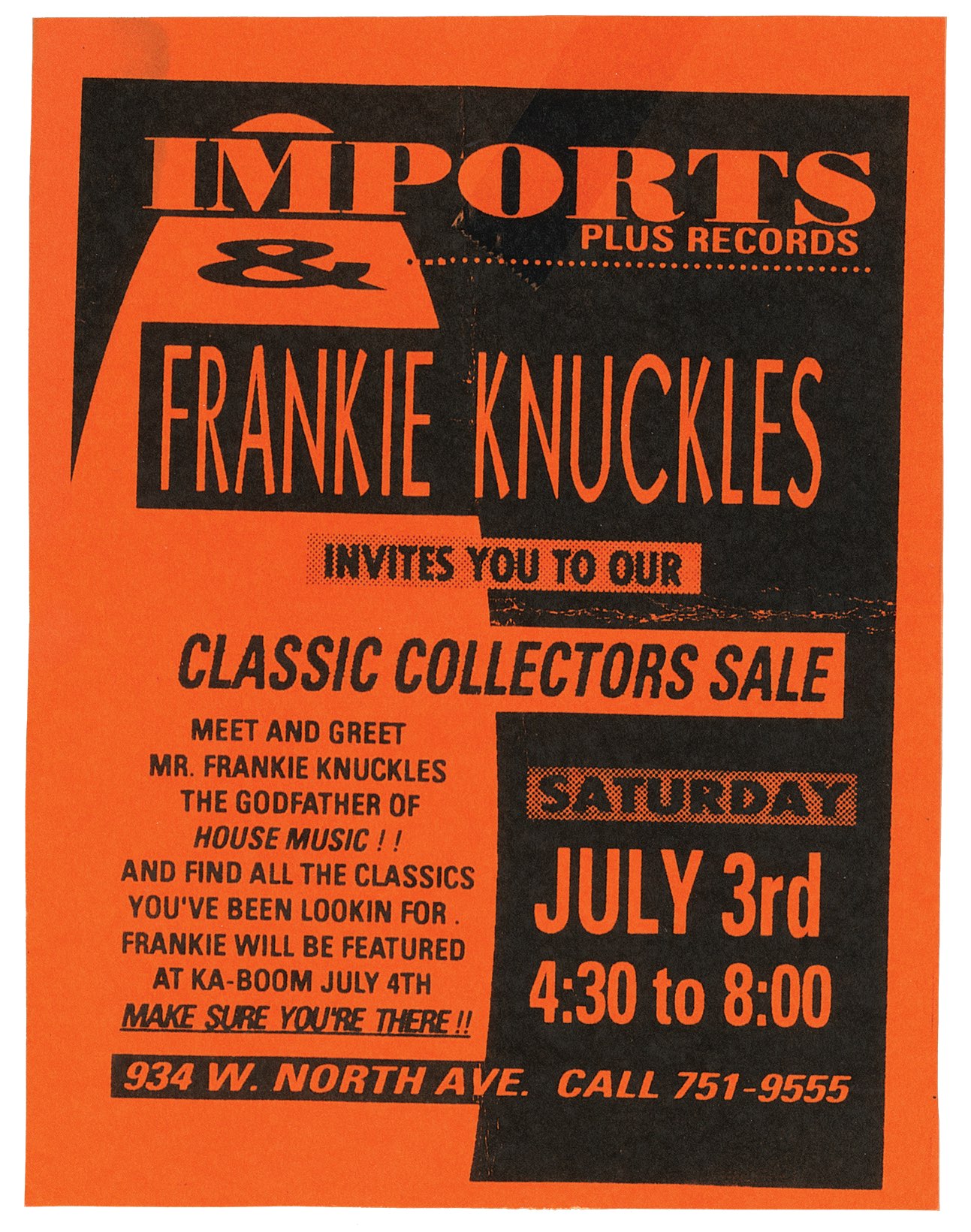 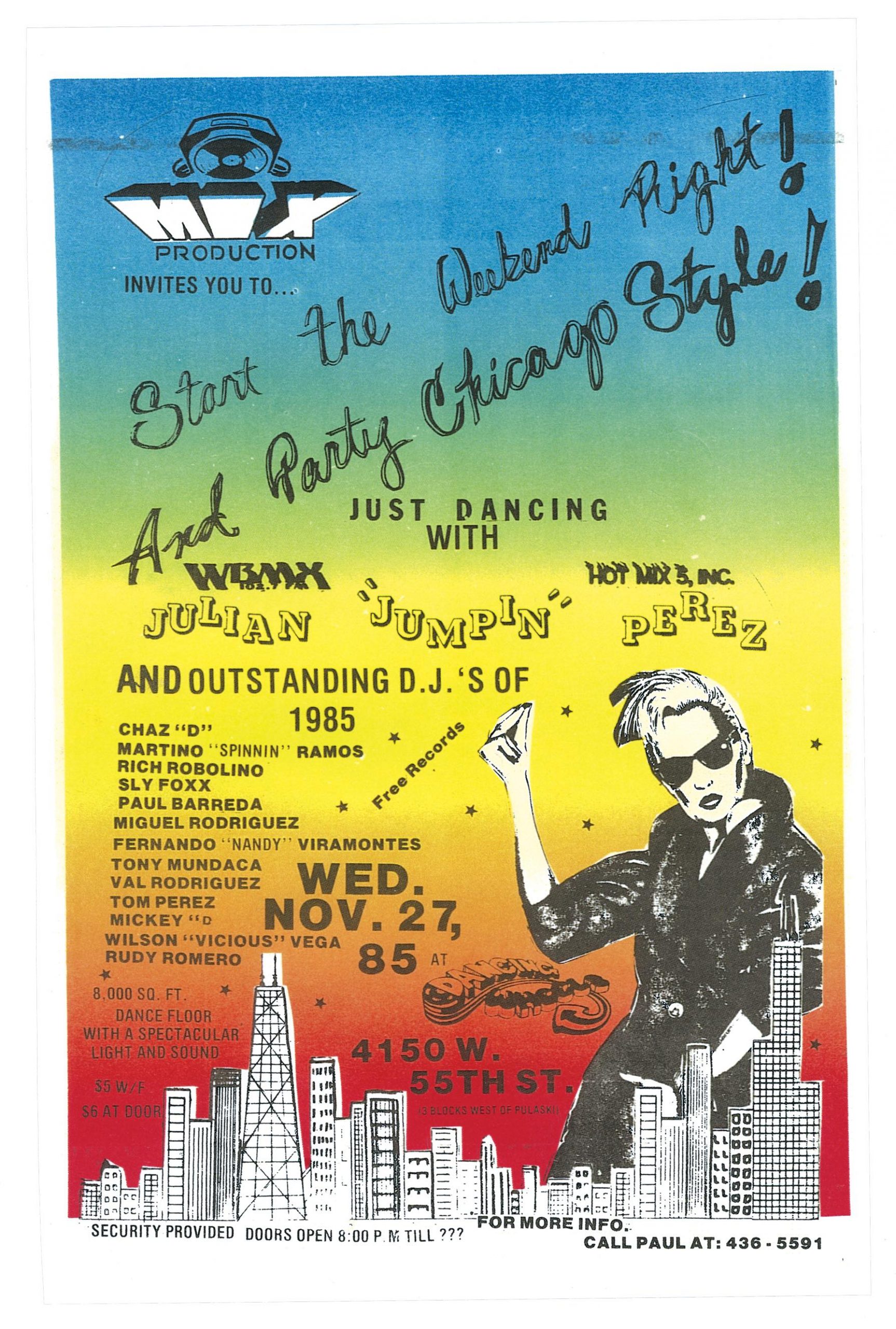 Beyond Heaven: Chicago House Party Flyers – Volume II, From 1981-1992 is out now, and published on Almighty & Insane.

Linkedin
RELATED ARTICLES
OTHER ARTICLES
David 'Dee' Delgado’s photo project is about honouring and uplifting the city of his youth, and a world rapidly disappearing under the relentless onslaught of gentrification.
A group of aid workers face prison for helping to save people fleeing their homes at sea. If they are charged, it will have a chilling effect on humanitarian efforts.
After building his reputation covering the US civil rights movement in the 1960s, the photographer went on to produce some of the most enduring images of the past century.
The pro skateboarder withdrew from the 2020 Olympic Games so he could come out as trans. Now, he’s hoping to encourage others to live as their authentic selves – within the sport and beyond.
A new podcast is opening up the conversation between trans women and trans amorous men in the hope of building coalitions.
The first-generation graffiti artist reflects on the tagging’s emergence as an art form and the players who pushed the medium forward.