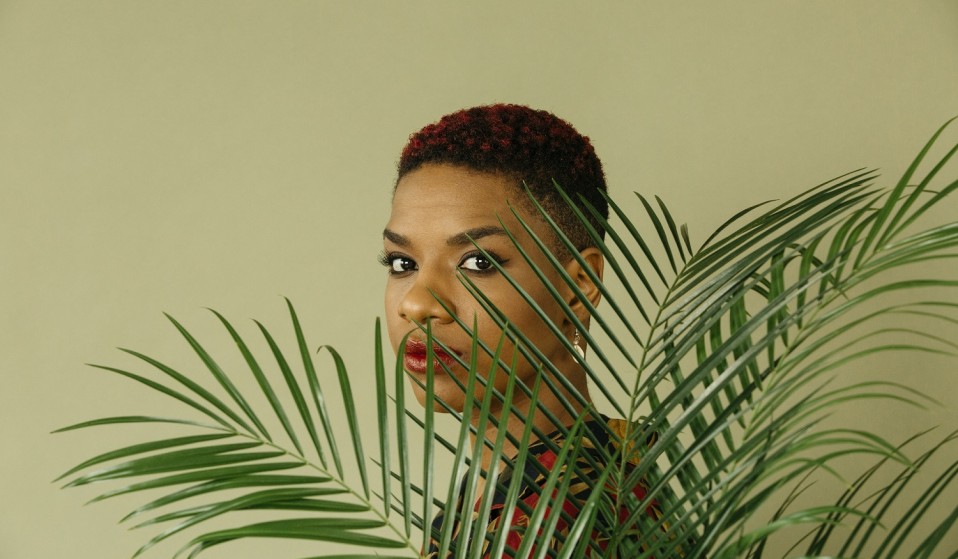 For the latest instalment of Huck’s Monday Mix, New York artist Aisha Badru shares the music that’s accompanied her from late night open mics to the recording of her debut album.

For the latest instalment of Huck’s Monday Mix, the New York artist shares the music that’s accompanied her from late night open mics to the recording of her debut album.

Upon graduating high school, Aisha Badru turned down two music scholarships. Shackled by the assumption that she’d never make it as an artist, the New Yorker landed at a college in the Bronx, miserable and a little lost.

After sticking it out for three years, she finally made the decision – despite protests from her college professor father – to drop out and make the jump. Working in a book shop by day, Badru spent her evenings performing at open mics, using her own relationship with personal conflict to help shape a series of airy, ethereal folk songs.

It was one of these – aptly titled “Waiting Around” – that first announced the Yonkers-born musician on a major scale, propelling her into the limelight – and a Volkswagen commercial. Now, with a debut album scheduled for release in the coming months, it’s fair to say that it’s been quite the journey. For the latest instalment of The Monday Mix, Badru shares some of the music that shaped her along the way.

“Early on, a big music influence for me was Malaysian singer-songwriter, Yuna. Her voice was delicate, yet her lyrics always carried a lot of weight. Sarah Jaffe’s album Suburban Nature, was another big influence through her youth. Jaffe’s production was mostly simplistic, allowing her craft of story telling to stand out,” she tells Huck.

“This playlist is a compilations of songs from artists who have inspired me over the past few years – especially during the time when I was still gaining confidence to release my music.”

Watch the video for Aisha Badru’s “Bridges”, out now via Nettwerk Music.

Linkedin
RELATED ARTICLES
OTHER ARTICLES
Ahead of the release of their first collaborative album, the producer and rapper talk psychedelics and the state of UK hip hop.
Financial turmoil is pushing people who work in the sex industry into more dangerous and desperate situations as a means of survival.
Cindy Campbell recounts how her brother ushered in a new era of musical culture at a party she held in the Bronx in ‘70s.
A 37-year-old woman shares how her abortion led her to become a clinic worker, and the abuse she’s received in that role.
Following the announcement of an 80% hike in the energy price cap from 1st October, crowds gathered outside the offices of energy regulator Ofgem to protest and declare their intention to undertake a payment strike.
The two-day long event returned to London this year, showcasing a spectacular parade, steel bands and Caribbean food.