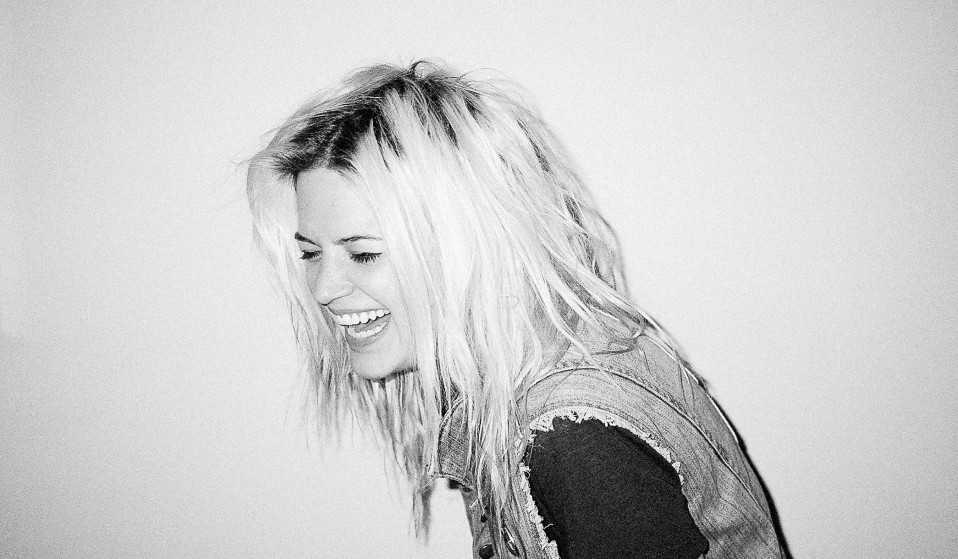 Text By Alison Mosshart as told to Megan White

When The Kills’ Alison Mosshart first heard Jamie Hince’s guitar through the floorboards of a flat in London, it sparked her life in a new direction that took her all the way to the top.

When The Kills’ Alison Mosshart first heard Jamie Hince’s guitar through the floorboards of a flat in London, it sparked her life in a new direction that took her all the way to the top. Ahead of their upcoming UK tour, here she talks to us about the power of youth.

When I look back on my life, the part where I made lots of insane decisions and went nuts, when I was like twenty, that was the most important time.

I grew up in a tiny beach town in the centre of Florida in an area called Vero Beach. As a kid, you don’t really live too much outside your own neighbourhood, it’s like your kingdom and your neighbours are the only people that exist in the world. My childhood was pretty normal – lots of bike riding, lots of skateboarding, building ramps, getting cut, going on adventures in the woods. I had a couple of really good younger guy friends – we were a gang and just ran around.

When I was a little older, we moved across town and I never saw those kids again, and as you do when you’re a kid, I thought my world was over. And then you meet new neighbours, and they’re your world, and within a year you can’t even remember the past. It was over that side of town that I started really getting into skateboarding and art and things like that. There was a huge fanzine called Sure and they did house shows too.

There was a very small group of like-minded kids who were into punk music and skateboarding and we all hung out together. From there we pretty much started a band [Discount] and that was it. I got myself out of town.

I met Jamie [Hince] when I was in London when I was around sixteen or so, touring with Discount. Jamie lived in the at above the one we were sleeping on the floor in. One of his roommates drove our van and the other booked our tours, and so I met him like that. I heard him playing guitar upstairs through the floor and thought he was the coolest person in the world. He was ten years older than me.

We got talking and he ended up lending me a four-track cassette recorder to take on tour with me. I came back to London in between European tours and played him what I’d recorded and it was all super weird but he was really great and so supportive and interested in whatever I was thinking about and we became friends.

When I went back to Florida we kept in touch and kept sending tapes back and forth. I became obsessed with recording four-tracks. I’d send him everything I did, and that’s kinda how the band started.

It all felt relatively normal to me back then. I was on tour all the time and kinda stopped going to art school because of that. 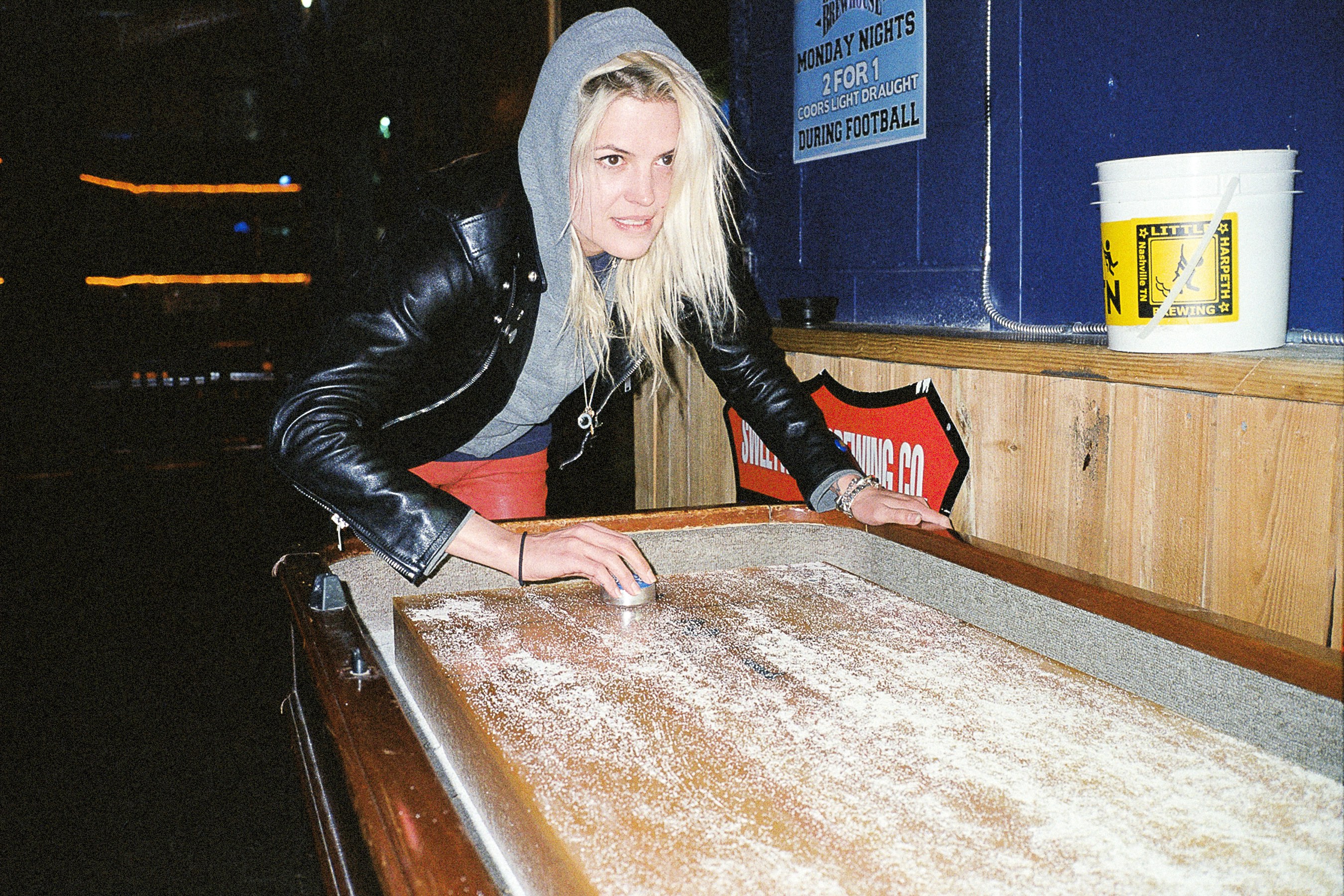 And then one week I woke up and decided I wanted to move to London and work with Jamie. Within that week I’d packed up everything and moved. I didn’t have any money but it seemed like a perfectly reasonable idea. It felt really good, it was the easiest decision ever, and I had no idea why. I didn’t even think about it.

I suppose when you’re twenty, you don’t really think much, which is such a beautiful thing, and you make life-changing decisions and you’re capable of doing that because you’re not bogged down by bad experiences and a million disappointments and being broke – you’re already broke, nothing has happened yet, and you’re just going. It’s awesome and freeing and okay, and I was incapable of feeling like that was a problem, it never occurred to me.

I didn’t have much with me, just a couple of suitcases of stuff that was all absolutely pointless in this country. I wandered around a lot, just getting on night buses and riding them full circle because they were warm. Everything was an adventure. It was very much a solo mission. I didn’t really know anybody apart from Jamie, who had a life, and a couple of other people who’d helped me on tours when I’d been over before. I was sleeping on their couches, wandering around, living inside my journals and drawings and my music. That’s all I did, all day long.

It wasn’t scary – it should’ve been. Lots of shitty things happened – I got chased, someone tried to drag me in their car. I got mugged numerous times. But that kind of shit just brushes off you and then you’re out walking on your own in the dark all by yourself again like none of it fucking happened. That’s what being twenty is, I suppose, it’s kinda feeling like you’re immortal. It was all just completely emotion-fuelled and beautiful and wild.

Moving to London was a big change but it seemed completely natural and I think, ten years later, it’s still like that. I think you change throughout your entire life, you can’t help but take in all the things you’ve learnt and seen and done and let them shape you in some way.

It’s really hard to mark those moments where you woke up and you were like, ‘I think I’m different today.’ You just don’t see it coming. All you can do is look back and try to recognise the certain headspace you were in and see if it’s wildly different to where you are now.

I am incredibly thankful for everything I’ve learned and seen and done, I wouldn’t change any of it. I’m constantly changing.”

Linkedin
RELATED ARTICLES
OTHER ARTICLES
The photographer reflects on building trust with his subjects and using the street as his studio.
Photographer Yan Morvan revisits a radical moment in history, which saw the emergence of a fiercely-rebellious spirit among the UK‘s youth.
In Sheffield, food delivery drivers are fighting back against one of the giants of the gig economy.
Photographer Melanie Nissen recalls capturing the characters, fashions and rarefied chaos of a rapidly-expanding set of punk bands who helped to redefine the genre.
Hundreds gathered together to protest the policing bill by making as much of a racket as possible.
The novelist discusses his electrifying debut, which offers a deft examination of masculinity under late capitalism.