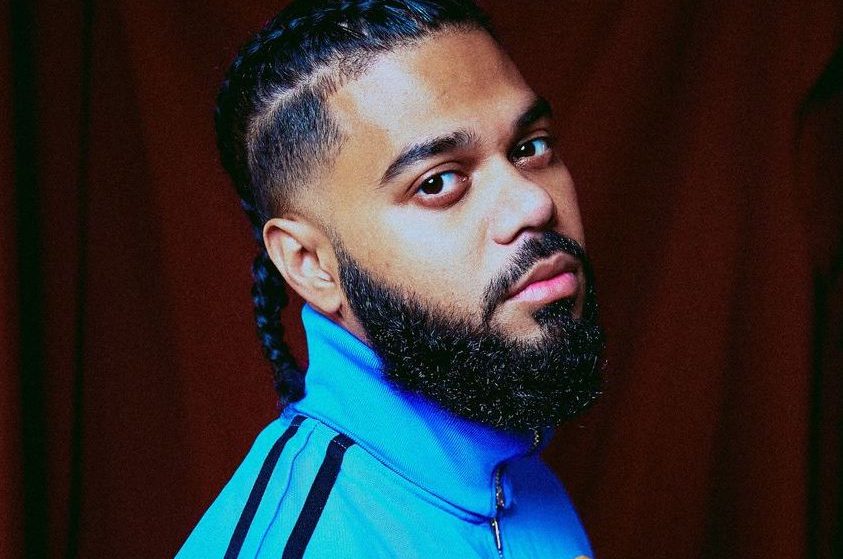 The New York MC reflects on his experience with Trumpian US immigration policy, and how it impacted his career.

The New York MC reflects on his experience with Trumpian US immigration policy, and how it impacted his career.

“They never tell you how much money it costs to become a citizen,” says Anik Khan. The NYC-based rapper is cutting a frustrated figure via video call, describing the tenuous immigration status he lived with in the US for 20 years.

When Khan released his 2017 record Kites, it was a commercial success. In response, he was inundated with tour offers: London, Amsterdam, Porto, Berlin. Europe was calling out for him. However, the Queens rapper, who has over five million streams to his name, had to pass on all of them. Because, despite the fact he had lived in America since he was four years old, Khan was still an undocumented citizen.

Naturally, the Bengali artist developed a sense of paranoia around his precarious situation. This led to him ultimately rejecting all overseas offers; which, in turn, led to him being overlooked. “I couldn’t tell people, ‘Yo, my paperwork isn’t right,’ because [back then] I’m not sure if someone will use it against me,” he explains. “So I looked like I’m this lazy kid that’s not taking advantage, and those offers dried up. I shut down. I became so depressed. I didn’t make music for a year-and-a-half.”

In an ocean of bureaucracy, Khan was raftless: his journey a reflection of the deleterious impact of America’s broken immigration system. Misdemeanours began appearing against his name, as did rising debts. With an immigrant family to take care of, Khan was unsure where exactly to turn. He was never allowed to speak about his experiences – until very recently. 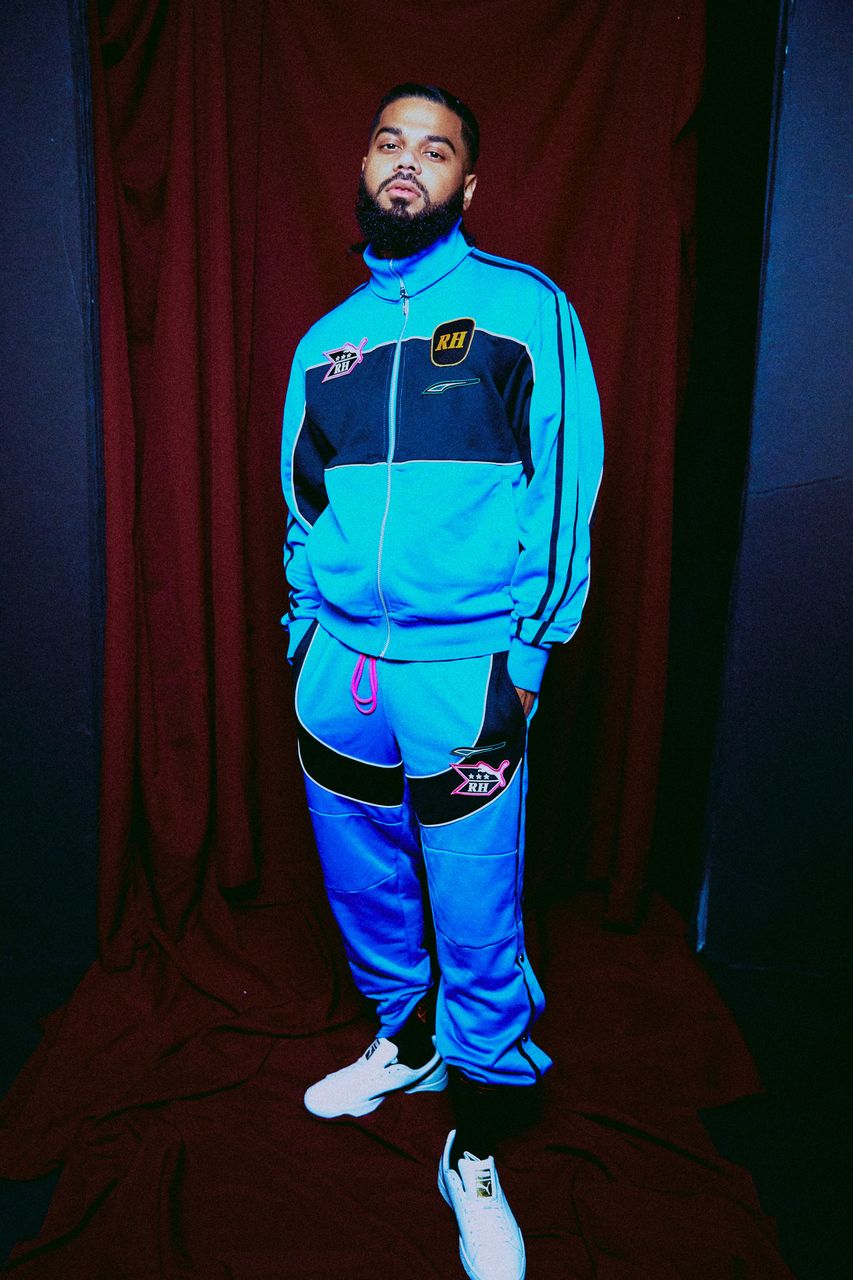 His latest two EPs, Denied and Approved (released in July and September of 2021 respectively), capture Khan’s mood before and after finally gaining American citizenship. Floating between soca, dancehall and Bengali riddims, he is comfortable rapping over any beat that’s given to him, detailing the most turbulent years of his life. “Denied, I’m falling behind / I wanna inspire, but they will not let me fly,” he sings on the first project’s title track.

It’s a radio-friendly double-helping, one that exudes relief and joy as well as the years of pent-up frustration. The project may be rooted in the diversity of Queens’ population, but it’s Khan’s family history in Bangladesh that shaped him, and in turn, the EPs.

Anik’s father fought in the Bangladeshi liberation war of 1971, seeking asylum in the United States when he was eventually persecuted. “He was a part of it,” Khan says. “He’s the reason I speak our language. He made sure that I didn’t forget where I came from, [that] I eat my food with my hands. He always made sure to tell me about 1971 and what was going on. He gave me a conscience, understanding that there’s things bigger than us, [that] freedom is a right – but it’s a right that you got to fight for sometimes.”

When Khan was nine, his family went back to Bangladesh. The trip was only intended to be for a month, but they were “betrayed by a family member” who alerted authorities to their presence. Forced to change their names and identity papers, the family smuggled themselves back into the United States after spending a year in their homeland fleeing persecution.

“Now, I can talk about all this shit which I wasn’t allowed to do before,” Khan says. “My grandmother had died. We weren’t legal to begin with when we left [America] and one of our family members ratted us out. We had to change our names to get back into America – before changing our names back.”

Once back in the States, Khan lived in lower-income housing in Queens, his dad working double shifts. It was around this time that Khan fell in love with hip hop, inspired by the likes of Jay-Z and Nas: two artists from New York who carried their boroughs on their backs. It was a dream Khan wanted to emulate. “I would battle people and do open mics everywhere,” he remembers. “I come from that midway generation where I had to learn the old ways – where people would just hand out CDs to people – and then I had to relearn how to use the internet.”

Eventually, the family moved to Virginia, a few states south of New York City along the Eastern seaboard. But when that house was foreclosed soon after, Khan was faced with a tough decision. “I moved back to New York,” he recalls. “I looked at my parents and said, ‘This is the lowest we’ve been in a while. You’re going to go stay with my sister in a room. Let me take six months and see if I can figure this music shit out.’ So, we came back, and in six months, I got my first production deal.”

After the release of his debut EP I Don’t Know Yet, Khan started making inroads. Hopping between managers and agents, he was learning how to stay independent while continuing to grow. He toured the country before releasing Kites in April 2017.

At this point, he was seemingly everywhere. His face graced billboards in New York City, his raps pumped out of speakers across Europe, all while he was courting a growing fanbase in South Asia. Life seemed to be on an upward trajectory, heading to a place where he would be able to help his family with their debts. Yet, before Khan could sign his citizenship papers, the Trump administration revoked them.

“It costs over $1000 just to apply for your citizenship,” Khan explains. “It took 12 months for them to go through my background. You have to hire a lawyer too, which costs money, and additional fees. Once that was passed, you go take the citizenship test. I passed with flying colours. Usually, they hand you the paperwork right there. Instead, they said, ‘We can put all of this into the mail for you. We’ll mail you the paperwork. It should be coming to you within a month.’ One month turned into two months, then into two years.”

During this time, Khan fell into a deep depressive spiral as he was mired between two worlds. “I was hard to communicate with,” he admits. “Two steps forward, three steps back. I was a jerk in terms of having a revolving door of managers, so I stopped for a while. I thought it was over.” During this time, he also went through a tumultuous break-up as a long-term relationship came to an end.

“It was a few months after Trump was inaugurated as President,” Khan says. “There were a lot of eyes on me because of issues to do with Muslims, Yemenis, borders and immigration. Kites spoke to all of that.”

Through his music, Khan had serendipitously explored many of the issues brought to the fore in the early, contentious months of Trump’s presidency. “America was made from black backs and brown shoulders / Yellow and beige arms, we brought culture / We brought order, we brought fortune, we crossed oceans and taught for ya” he spits on ‘Columbus’.

For so long, Anik Khan had sought out stability. But it was beginning to feel like a mirage. This was until one day in late 2019, when he was at a bar with two friends, and received a call from his father. The papers had arrived. “I broke down and cried right there,” Khan says.

He flew out to Jamaica and the Dominican Republic, enjoying the taste of freedom and experiencing the homeland of those who surrounded and supported him in Queens. It also allowed Khan to start thinking about how he wanted to express his journey: how he wanted to bring together his worlds of East and West India on an album. 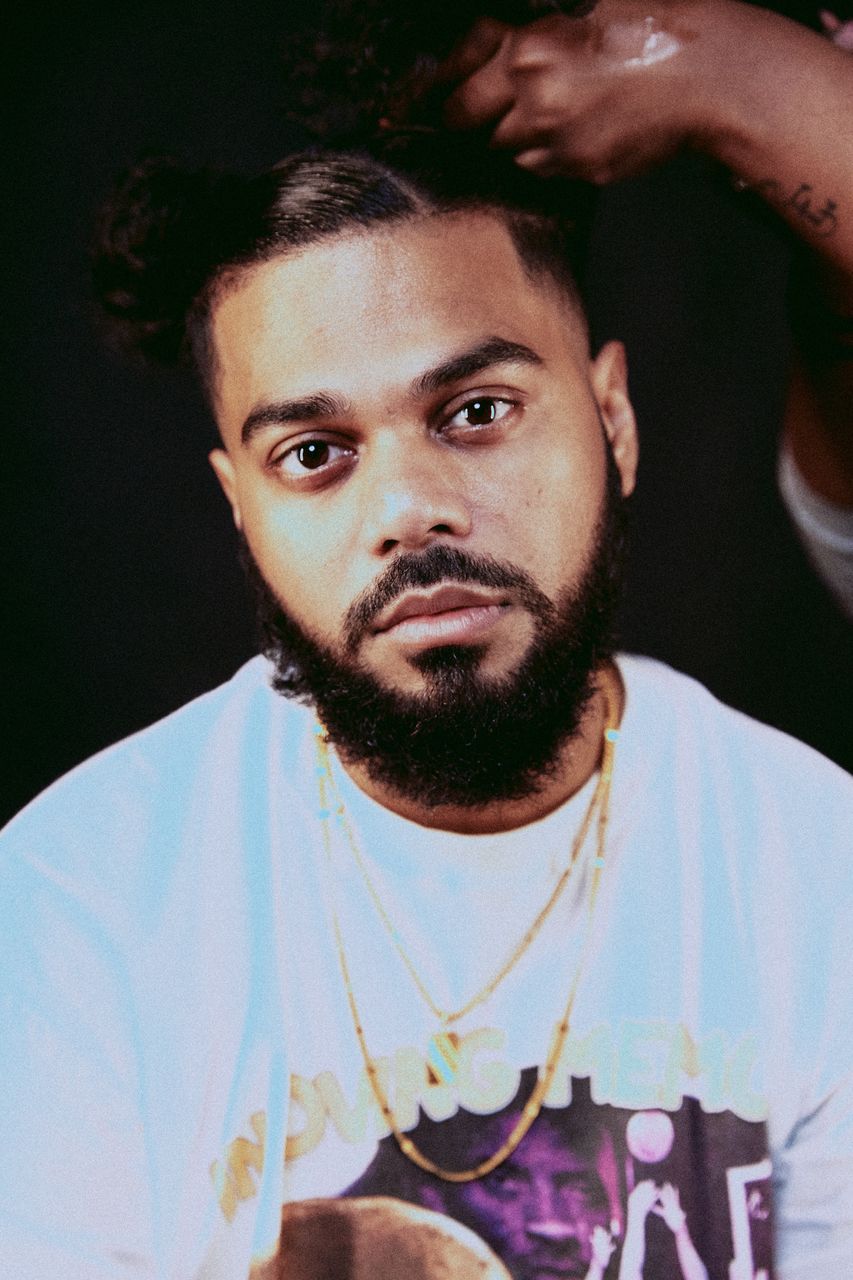 It looked like yet another setback. But those early months of the pandemic allowed Khan to refocus. He went live on Instagram, offering his help to buy and transport groceries to vulnerable people’s homes, as well as assisting in local political campaigns (he had been a vocal supporter of Bernie Sanders) and generally ensuring the community stayed uplifted. “I had a car,” he says. “I said to whoever don’t have cars, ‘I’ll pick up your medicine or food.’ If you’re just part of a community, you’re just doing that shit for people.”

All that time indoors also allowed Khan to direct his attention to music in a new kind of way. He was able to spend more time seeing what worked and what didn’t on the EPs, which, in turn, allowed him to get more vulnerable in his writing.

Now, following the success of Denied and Approved, Khan is finally looking to the future with optimism. He is able to focus on himself in a way that his previous situation didn’t allow – and relishing the prospect.

“The more I grow, the more I realise, if I can’t handle my heaviness on my own and do the work, it’s only going to damage any relationship that I try to get in,” he says. “I thought I did the work but I was very quickly reminded that there’s a lot of work to be done for myself and a lot of heaviness to unpack. I wake up, I do my gratitudes, my daily affirmations. You learn to forgive yourself and then there’s some days, if I’m lucky, where it feels amazing.”

Denied and Approved are out now.

Linkedin
OTHER ARTICLES
From the Yakuza to a biker gang, Bruce Gilden recounts capturing Tokyo and Osaka in the ‘90s.
In the latest OFFF Dispatch, the enigmatic designer dives into his process, connecting the dots between his unique and varied creative output.
While protests over abortion rights rage in the US, access to abortion services is still almost nonexistent in parts of the UK.
The situation in Afghanistan remains dire, with many groups facing persecution at the hands of the Taliban.
Following the release of his newly republished 1991 book, Redheads, the American photographer reflects on his celebration of ginger people and their magnetic power.
Over the weekend, London locals came together to resist a pre-planned police raid targeting delivery drivers.