Art & Culture / Music / Are Sons of Raphael the new messiahs of rock music? 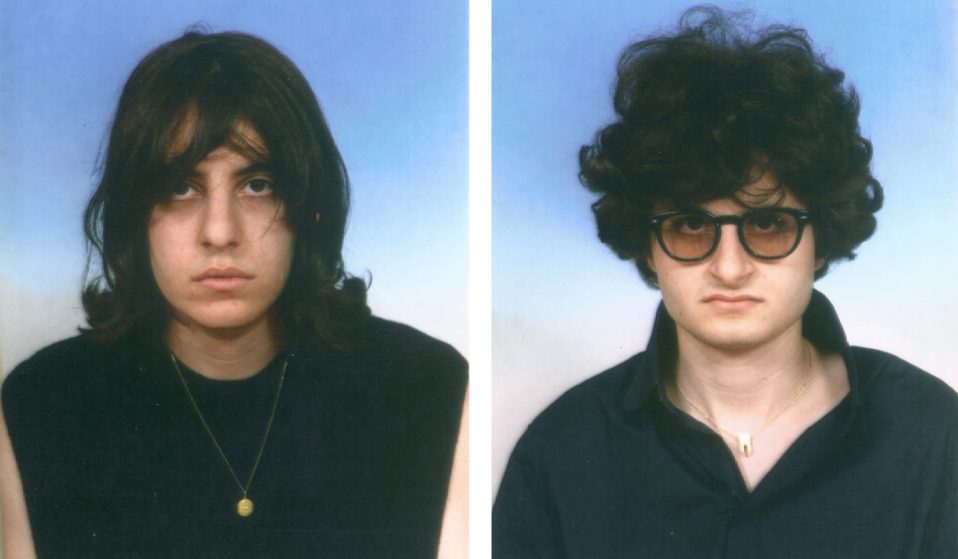 “I hold a dual citizenship in heaven and earth,” says Ronnel Raphael, reciting his own poem at the outset of new EP A Nation of Bloodsuckers.

It’s a bold claim. And yet to talk to Sons of Raphael over some tempura and asparagus skewers in a Hampstead Japanese restaurant is to discover young people with an almost unhealthy interest in the empyrean. As for earthly delights, most of their interviews have been conducted at this eatery on the hill near their home. They even celebrated Ronnel’s 20th birthday here the other day, too. Like Gilbert and George, they appear to be creatures of habit.

“I look up to Jesus and the prophets, not from a religious perspective but as a model of success,” Ronnel has mentioned in a previous interview. “What initially began as a marginal movement transcended cultural boundaries. What we are about to do is no different.”

Ronnel and his brother Loral, 23, are clearly as hungry for universal success as they are for the miso soup. Sons of Raphael have only officially brought four songs into the world so far, but they tell me they’re determined to produce an album “for the ages” with songs that will transcend the current geopolitical malaise we’re living through, as well as most of the music too.

The younger brother, who was named after L. Ron Hubbard (their parents aren’t Scientologists but did a lot of work researching the controversial religion), does most of the talking, delivering lines that could have easily been lifted from a Brat Pack classic: “I was the only kid in boarding school carrying around a Fostex reel-to-reel. It wasn’t always easy but it was worth it,” is just one example.

The brooding, handsome older brother mostly takes a back seat, but will then let you in on his Machiavellian determination. This includes convincing their record company, French label Because, to pay for a full orchestra across eight of the 10 tracks on their future debut album. It involves correctly guessing the email of Lars Von Trier’s cinematographer Manuel Alberto Claro in order to enlist him to make the video for A Nation of Bloodsuckers. It’s also during this interview that Loral first tries tofu (he looks distinctly unimpressed, but is fascinated by the texture).

The Raphaels join a long lineage of frères terribles in rock, but there are certainly no signs of disunity at this stage. They finish each other’s sentences and refer to themselves constantly in plural pronouns. They’re also stylish and idiosyncratic, excellent dining companions, and there’s certainly an indefinable whiff of good old-fashioned rockstar-ishness about them, making them something of an anachronistic guilty pleasure amongst today’s panoply of circumspect pop hopefuls. If Wes Anderson were to remake The Lost Boys then they’d be a shoe-in for the Frog Brothers. 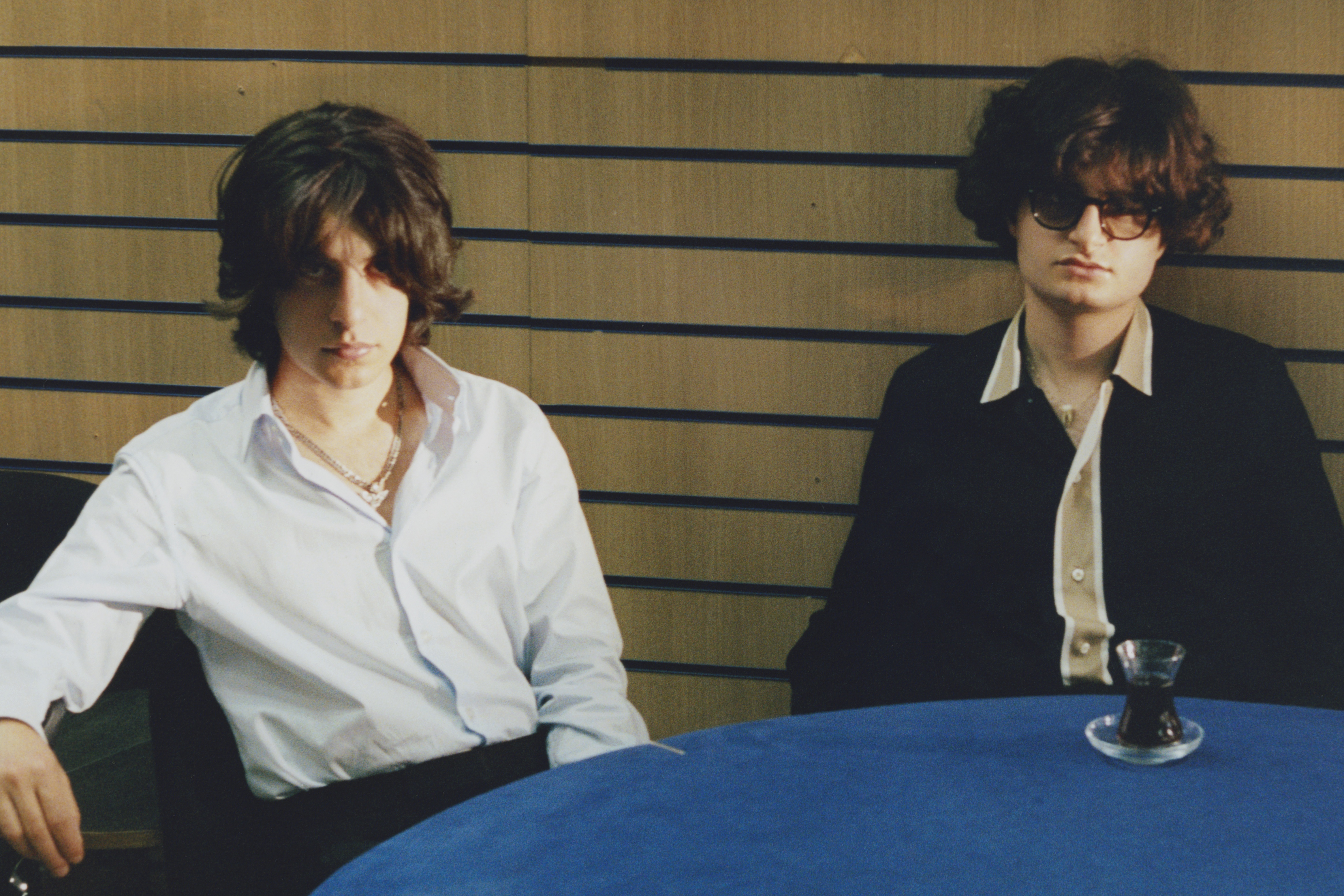 Do you come here often?
Ronnel: We’ve been here many times lately.

Do you do that thing where you eat the same food constantly because it’s delicious and then suddenly get sick of it?
Ronnel: We already feel sick. That’s what we were saying: ‘I can’t believe we’re coming back here; we feel sick.’

I’ll tell you something about myself: I don’t like bad sushi. It’s the worst thing in the world. I will not tolerate it.

Do you cause a scene?
Ronnel: Yes, I do. If it’s not good, I return it. But it’s never not good here.

You did an interview in this very restaurant where a bailiff turned up to collect your gambling debts.
Both: Yes, that happened.

Bailiffs are like vampires. You shouldn’t invite them in.
Loral: You never know when they’re going to show up.

Ronnel: We bumped into the guy. He knew we were at the restaurant, so…

Maybe this is an impertinent question but, do you have problems with gambling?
Loral: No, no.

Ronnel: No, no. But we enjoy it. It’s something we like to do on the weekends.

Loral: I like sport. I don’t know much about sport, but I like the excitement of it.

Ronnel: I could see in the future that we might develop such a problem. But right now, we don’t have it.

You live in a very nice part of Hampstead.
Loral: It’s mostly adults. No young people.

Ronnel: We’ve adapted ourselves. We wake up at 5am, we go to the Heath, we go for a walk. We’re very much like an elderly couple.

It’s interesting that you answer as a collective ‘we’.
Loral: Yeah, I went on a date the other day and the girl asked me if it was going to be with both of us.

Ronnel: Is that right? Which one? I would have liked to have joined. But no, we are very good like that. We don’t mind it, actually. I always speak for him and I never say ‘I’.

You went to international schools, didn’t you?
Ronnel: It was one school in Bristol and I spent most of my life there. That’s where we shot the video for ‘Eating People’ [where the duo invade a school church sermon to perform a gig]. A lot of people thought it was staged. It’s a shame because it really was a risk making this video. Then I had to pay the price for staying at that school for another year and having all the teachers say: “You’re going to hell, Ronnel.”

Ronnel: As if we could stage that! The headmaster, the Chaplin, the kids at school! We couldn’t have evoked such a reaction. You can see they’re shocked.

Loral: The idea was to document our first live performance before we even had a band. I had rolls of film and I wanted to use them. So we played it one-and-a-half times and then we got shut down by the music teacher. 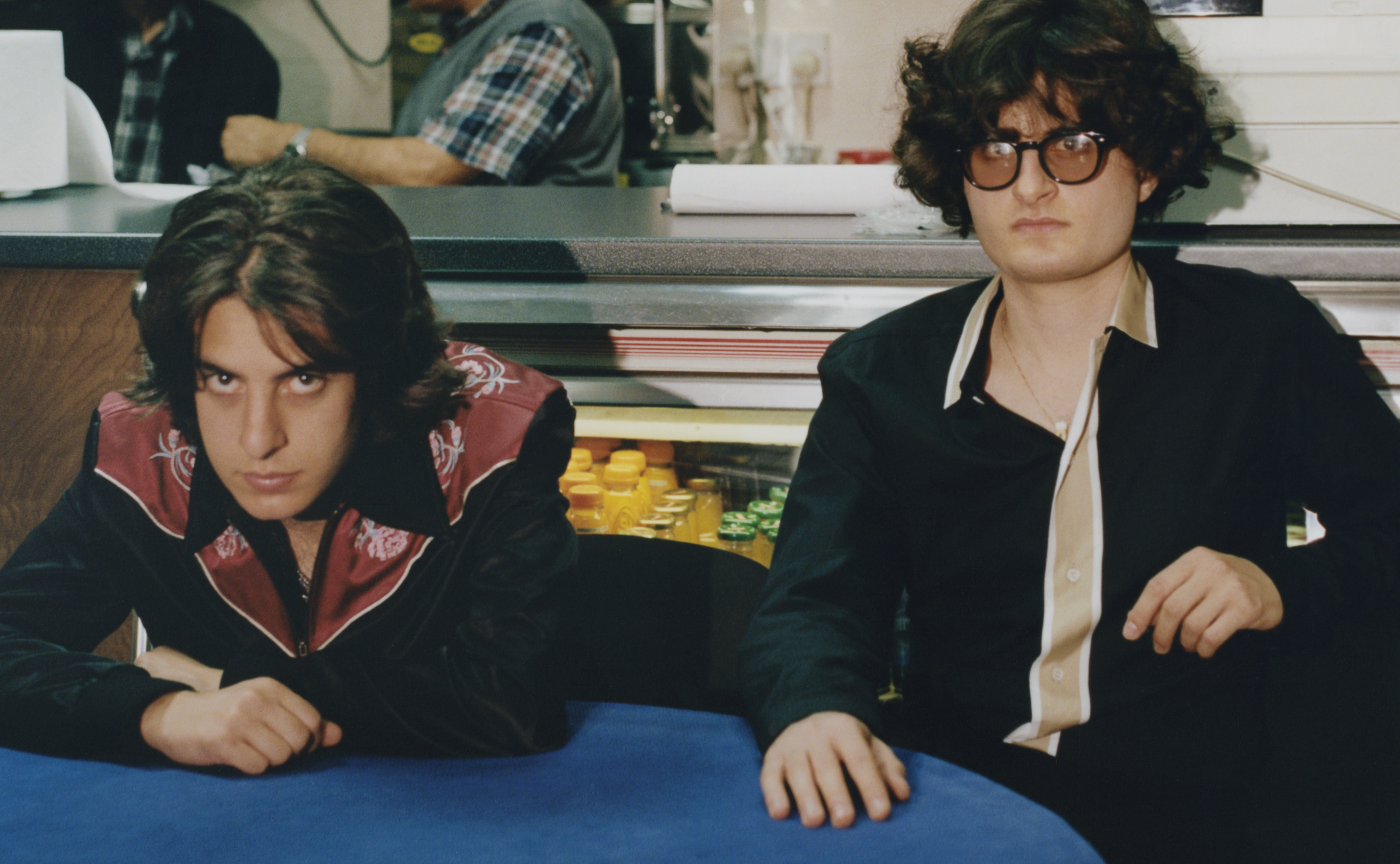 Is ‘Eating People’ about transubstantiation?
Ronnel: Where did you read that? Well yeah, to an extent. It’s to do with the Eucharist, actually.

Are you religious?
Ronnel: No, we don’t participate in religion. It’s funny, we often get asked if we are religious. I am just fascinated by religion; always have been. In fact, I studied it. For me, it’s my language; for most people, it’s no longer their language.

So let’s take a look at some of your lyrics. Which nation are you singing about on ‘A Nation of Bloodsuckers’?
Ronnel: No particular nation. Because I think to write specifically about things is death. We want to make something for the ages, and if I were to address something that is happening now, it wouldn’t endure. I think the nation is just a broader term for a culture which, in the video, is very much represented by the carousel, riding on superficial pleasures and, more than anything, based on temporary values. Songs should be universal. We are not a political band and we wouldn’t like to be one.

We’re at a point in time where nation states are withdrawing from internationalism and embracing protectionism. In these terrifying times do you never think, “Fucking hell, that made me angry or scared; I have to address that in song”?
Ronnel: It’s a very cheesy thing to say but every song should be a love song. If I write a political song, I don’t think it’ll matter at some point. It will lose its relevance in the world and there’s no point in that.

Loral: The world is infantilising. But it’s okay for a band like us.

Ronnel: Yes, because it means our songs will be better than all the others.

It’s interesting that you think your songs will last whereas maybe your contemporaries’ won’t.
Loral: Our album will.

Ronnel: Yeah, I’m not talking about ‘Eating People’ or ‘Rio’, I’m talking about what you’re still to hear – that’s the album and that will last.

Loral: Nixon. We are interested in politicians and their dietary habits.

Ronnel: I am very interested in the diets of dictators. Hitler ate only mashed potato.

No thoughts on Brexit, then?
Ronnel: I think I’d love to help you here, but in all honesty, entertainers shouldn’t be talking about those kinds of things. But I like to talk about God. Let’s talk about him.

Or her.
Ronnel: Or her, actually! Absolutely. She could also be a nurturing mother like in the Book of Samuel.

Who are the bloodsuckers?
Ronnel: When we sent out a press release a year ago we quoted Psalms 5:9 (“For there is no faithfulness in their mouth; their inward part is very wickedness; their throat is an open sepulchre; they flatter with their tongue.”) It is just a description of mankind that is still under the dominion of sin.

And who are the “savage sex maniacs” on ‘A Nation of Bloodsuckers’?
Loral: I guess that’s kind of relevant now with everything that’s happened with harassment and the #MeToo movement.

Ronnel: So that’s interesting. It’s funny to think I wrote it in the library in my house in boarding school some time ago.

You’re both still very young, but what would you like to achieve before death?
Ronnel: We want to produce something for the ages. That’s all we could ask for.

Loral: Making what you want to make and realising your own vision without disturbances or compromise. Like the ‘A Nation of Bloodsuckers’ video – which was quite hard to put together production-wise. The whole thing was a struggle and a fight. I didn’t care about anything else because I had this vision and I had to make it. It was the same thing with this album; it’s quite ambitious but it has to be done that way. And if we can’t make it that way then we’re not going to make it.

Ronnel: Yeah, there’s no point. We will abandon the business. We will not be bankers though – I’d rather kill myself.

Learn more about Sons of Raphael, and see upcoming tour dates, on their official website.

Linkedin
RELATED ARTICLES
OTHER ARTICLES
We introduce our series spotlighting the voices of people who’ve been impacted by anti-abortion laws and anti-choice protestors.
With the UK now set to run out of vaccines, people working in the sex industry – particularly outside of major cities – have been left especially vulnerable, reports Brit Dawson.
In the latest instalment of Photographers in Conversation, the creator talks portraiture, platforms and taking inspiration from Little Simz.
From the early originators to the female writers at the forefront of today’s scene, we talk to the artists redefining graffiti’s consciously macho origins.
A new series of photos by Johny Pitts shines a light on communities and subcultures that have all too often been overlooked.
A woman from Texas explains how she was forced to consider the criminal liability she might face for medication abortion over her health.