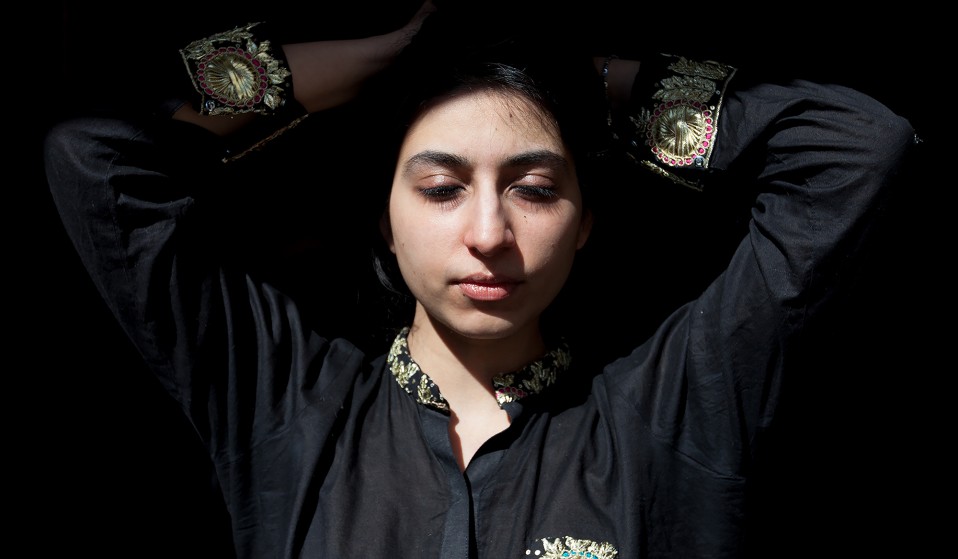 Arooj Aftab rejected Pakistani tradition by immersing herself in music. Now with her debut album behind her, she looks back on her incredible journey.

Musician Arooj Aftab realised early on that she would have to reject other people's interpretations of success in her native Pakistan. Following her dreams to the USA, Arooj studied music in Boston, before settling in Brooklyn. Now with a debut album under her belt, Arooj spoke to Huck about her incredible world-spanning journey.

Arooj Aftab is sitting in the soft light flowing into her Brooklyn apartment. The city springs to life outside as she catches a moment alone. She spent last night surrounded by people – musicians and artists, both collaborators and friends – who had gathered to celebrate the launch of her debut album, Bird Under Water, which coincided neatly with the advent of her thirtieth birthday.

Thirty. That mythical milestone that has long sent minds into self-reflective meltdown. But Arooj has no time for a crisis of conviction; she dealt with society’s plans for her life a long time ago. “Music isn’t considered an actual career in Pakistan,” she says, “as in, something you can study. It’s not considered smart, or worthy of one’s time, or an education. So when I left Lahore to study here at Berklee [College of Music in Boston], people were like, ‘Wait, what are you doing? Where are you going? You’re giving up your studies?!”

Education in Lahore, where Arooj grew up, is held on the highest pedestal. Maths and science rule supreme, and most of her school friends walked a tight, disciplined path towards being something reliable like an accountant. But Arooj got sidetracked early on, and veered off to places that looked more interesting. “I taught myself how to play guitar, because my parents were worried that if I had lessons I’d mess up my studies – which is exactly what happened. I botched my A-levels but almost on purpose, because I was like, ‘I’m kinda done here.’ It’s a scandalous, horrible thing, to fuck up – but I was super excited. It was so bad it was thrilling to me.” 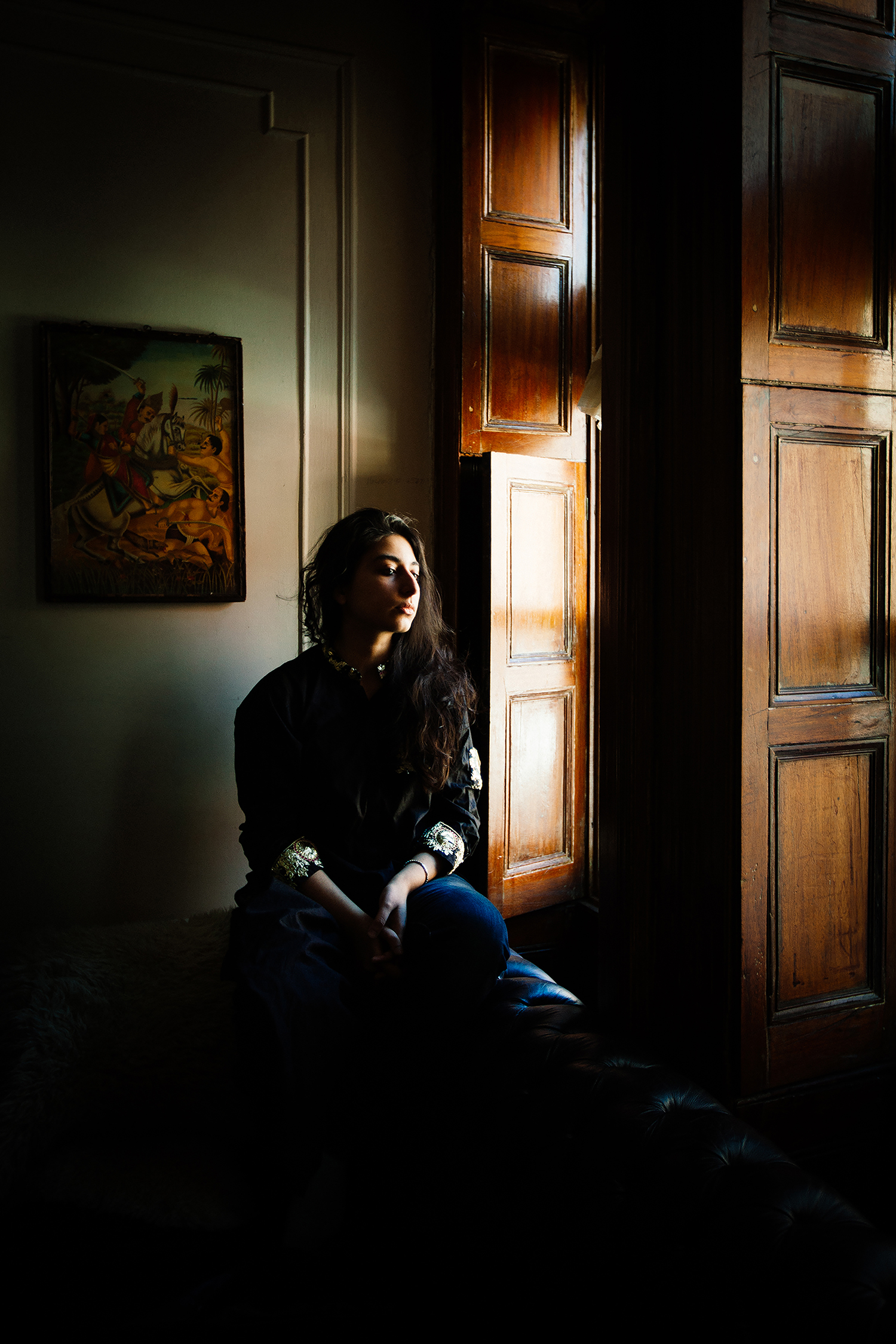 Arooj’s decision, to ostensibly “fuck up” and study sound, didn’t land with the same thud that it may otherwise have done in more conservative Pakistani homes. “My parents had a strong musical presence in our upbringing,” she says. “They would host musical evenings at the house, their friends were always singing and playing instruments. We grew up feeling our parents’ excitement to gather people together and share songs.” At home she was surrounded by a wild kaleidoscope of sound, the swirling Sufi rhythms she saw performed live mixing seamlessly with the family’s record collection, which spanned everything from The Doors and The Clash to Budgie (“They’re a Welsh rock band that no one seems to ever know, but everyone should”).

At Berklee, Arooj paired that murmuration of influences with the skill set she needed to start composing scores for film. She moved to New York in 2011 and, picking up gigs as a sound and film editor at Vice and MTV, fell headlong into a creative community that pulled from all corners of the globe. “It’s one of the few cities in the world where so many cultures come together, and in a very honest way,” she says. “Broad collaboration is the food of experience.”

In Brooklyn, Arooj became the centre point of her own cultural exchange: her album boasts a Greek accordion player, Spanish bass player, Japanese drummer and an Indian pianist, among seven or so similiar names. She also delved deeper into her own roots, studying South Asian literature and pre-partition genres like Khayal, Thumri and Kafi. Much like the Sufi nights that soundtracked her childhood, the layers swirled together as one. “My music is not traditional Sufi at all,” says Arooj of Bird Under Water’s soft undulating tones and trip-hop peaks. “My understanding of Sufism is the feeling of oneness. I want my music to feel familiar to someone who’s interested in acoustic folk, or deep house, or jazz.” 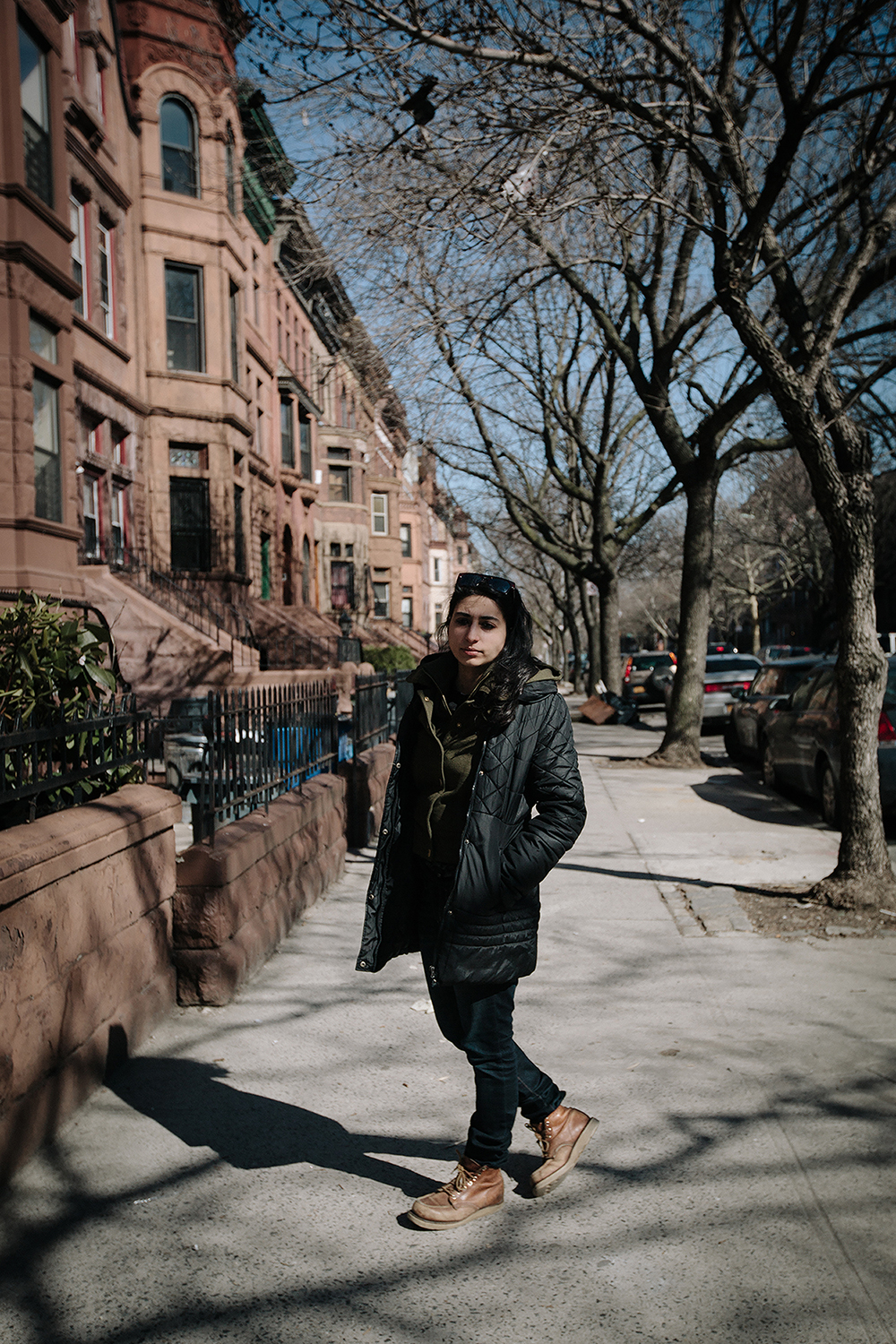 Arooj’s music, the honest husk of her voice, is borderline trance-inducing. It’s gathered her a rapid and growing following, and she’s used that rising platform to champion Pakistan’s creative potential – even when she felt it wasn’t championing her. “It’s hard to make money anywhere as a musician,” says Arooj, who day-jobs as a sound and film editor at Condé Nast. “People don’t want to understand the complexity of your work because they don’t want to pay you. But it would have been even harder for me in Pakistan. Women face a lot of issues, and musicians face even more issues in terms of being respected for their work. We’re making this art, we’re making it for society, we’re the part of the culture that combines the old and the new – and people still don’t get it. It seems like they are reverting back to a very traditional, conservative vibe.”

Power struggles in Pakistan, between religious militants and the state, made headlines in December, 2014, when the Taliban stormed a school in Peshawar and killed 132 children. Another victim of instability has been music and culture, with perpetrators coming from all angles. In 2007, nearly thirty music shops were bombed in north-west Pakistan after a Taliban council banned cassettes and CDs. Meanwhile, YouTube has been blocked by the government since 2008 for housing  ‘non-Islamic, objectionable videos’.

It’s a situation Arooj has had to watch from afar. “I feel isolated when I think about the lack of mobilisation in Pakistan,” she says. “The youth have nothing that unifies them. They haven’t even figured out how to get together and get YouTube turned back on. Look at Turkey and the Gezi Park protests, or Catalonia where they just had a referendum. There’s organised activism, by the people for the people, happening in all these other places in the world, and so I feel disconnected when I think about the lack of unity in Pakistan. 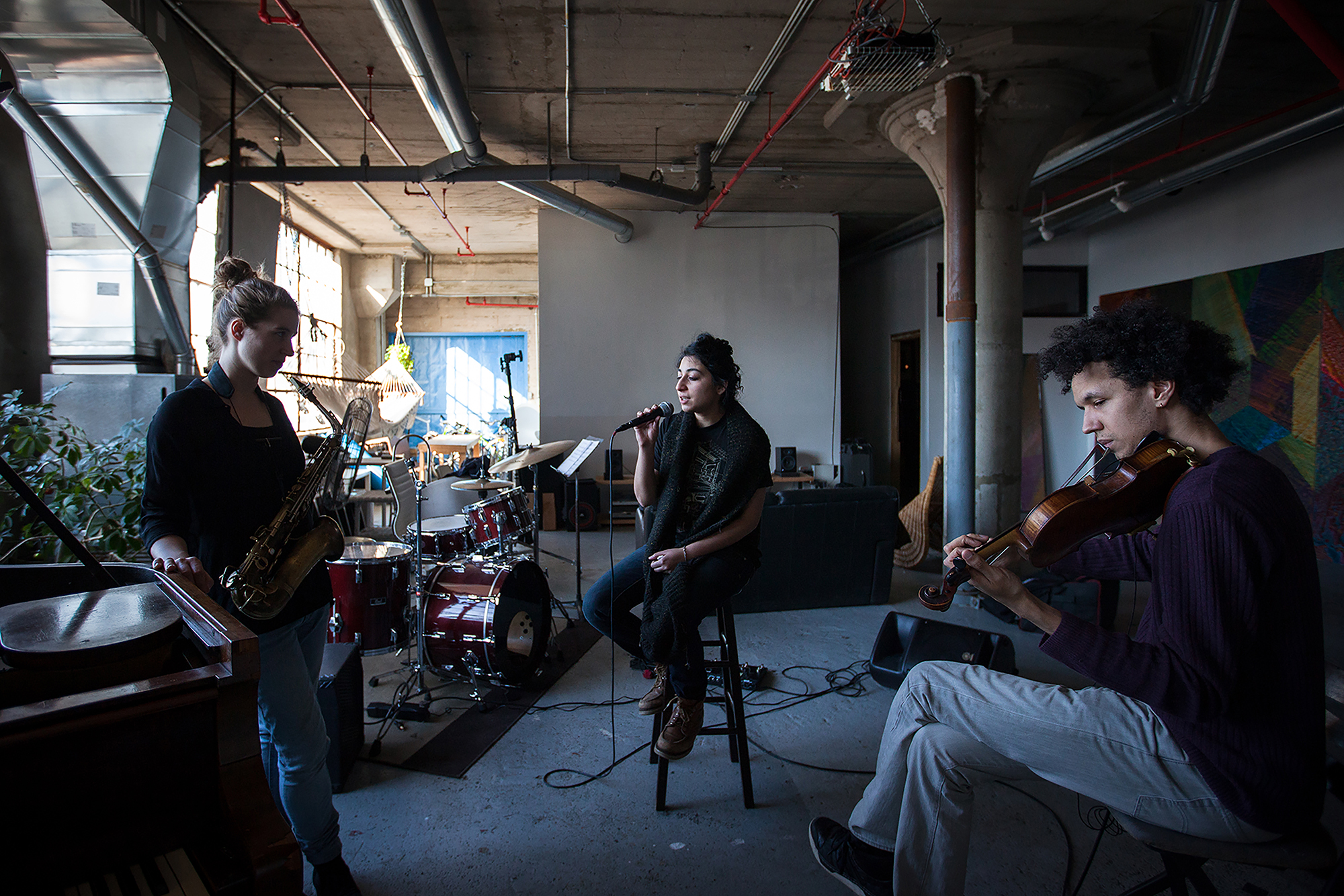 “But that’s not to say there isn’t exciting music coming out of there,” she adds. “Lahore is such a romantic, historical city. It’s always been my creative muse.”

With her new album gaining traction, and an ever-expanding group of collaborators, Arooj is staying focused on the mission she set herself early on, when others thought she had veered wildly off course. “I came here at a time of learning and continued to learn,” she says. “I just continued to gain perspective on the path that I was already on. But the one thing that has solidified is knowing that I want to continue my work in the line of getting different cultures to understand each other.”

So, what advice would she have for someone a little less brave, who’s feeling pressured to follow a linear path? “I would say there is no shame in anything, whatever it is you like,” says Arooj. “I had to go through it, feeling self-conscious that I wanted to be a musician. It’s hard, because you need a community, you need your family or your best friend to believe in you. So I would just say find your person, someone who believes in you. And if there’s something you like doing, whether it’s playing a sport or playing the flute, play it for them. Play it for yourself. You either have to be really good or believe in yourself so much that you make yourself good.”

Linkedin
RELATED ARTICLES
OTHER ARTICLES
Photographer Ira Lapu documents the lives of ordinary Ukrainians living amid a brutal conflict.
The hate Just Stop Oil faced after throwing soup over a Van Gough painting has been immense. Here, they explain why it won’t deter them.
Whether it was seacoalers in Northumberland or the miners’ strike, the photographer was always fully immersed in the story he sought to capture.
A new exhibition brings together 150 works by twelve photographers, offering mesmerising and intimate depictions of life.
The campaigning charity are on a mission to increase inclusion, participation and representation of Black people in trail running.
After voting to strike across England, prison teachers explain why they’ve been pushed to a breaking point.