Art & Culture / Launching a band with no money, no connections and no following 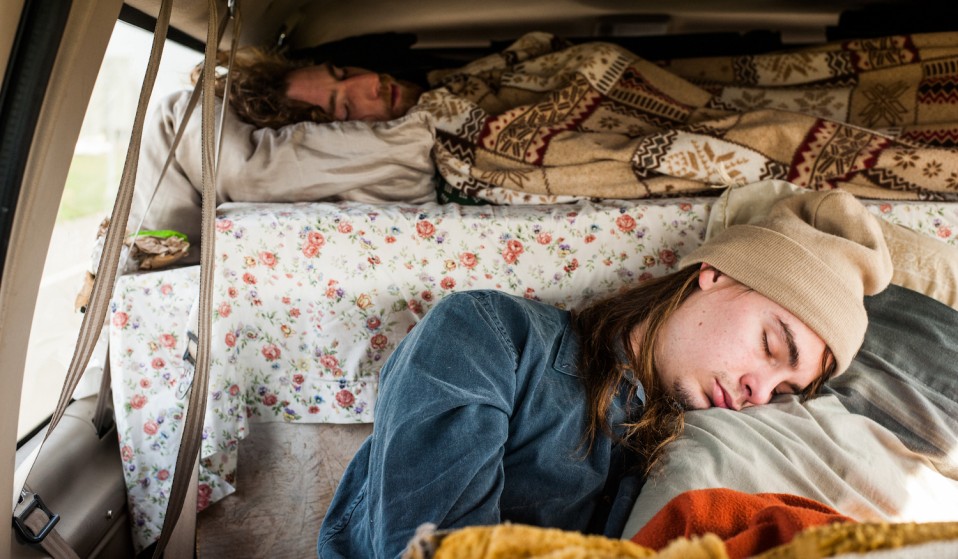 Meet the Nude Party: an indie psych-group learning to navigate American's DIY circuit – a network defined by its lack of rules, its opportunity for growth... and the need to sleep rough.

The Nude Party like to take their clothes off. They’re a self-described “boner pop” band based in the college town of Boone, North Carolina, where the town’s DIY community has provided a perfect environment for bands to flourish. 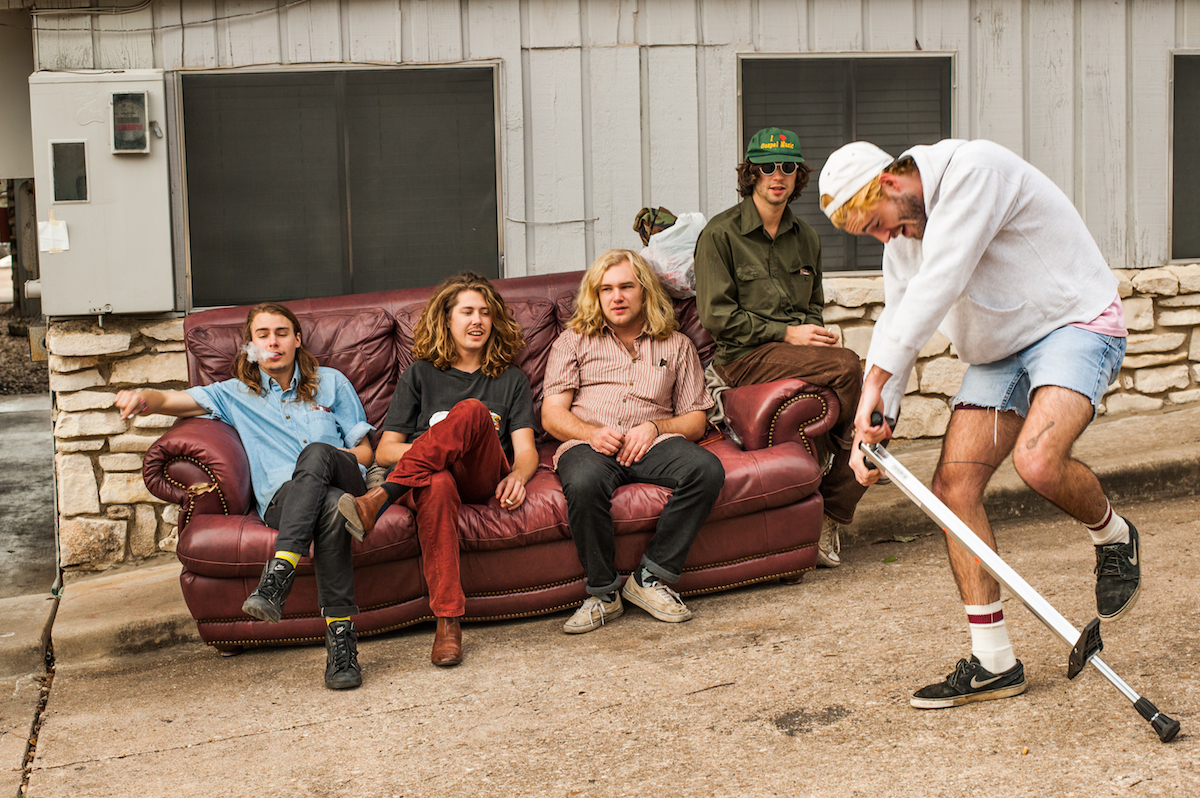 It’s a healthy mix of new acts, supportive sound-engineers, people willing to turn their homes into venues as well as fans hungry for shows every weekend. 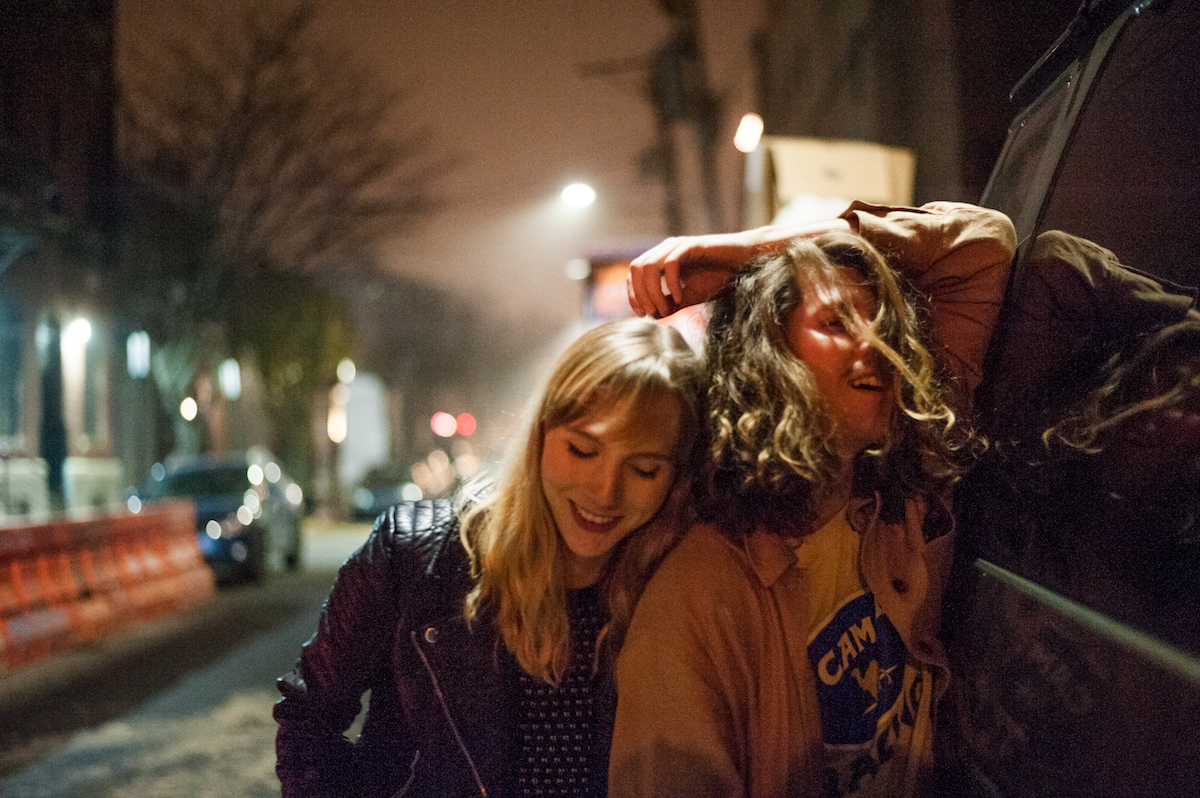 “There’s an energy and a lack of rules that makes it much more enjoyable to play or listen to music,” says Alec Castillo, the Nude Party’s bassist and photographer. “I definitely feel more at home playing a show where people are skating over a fire pit.” 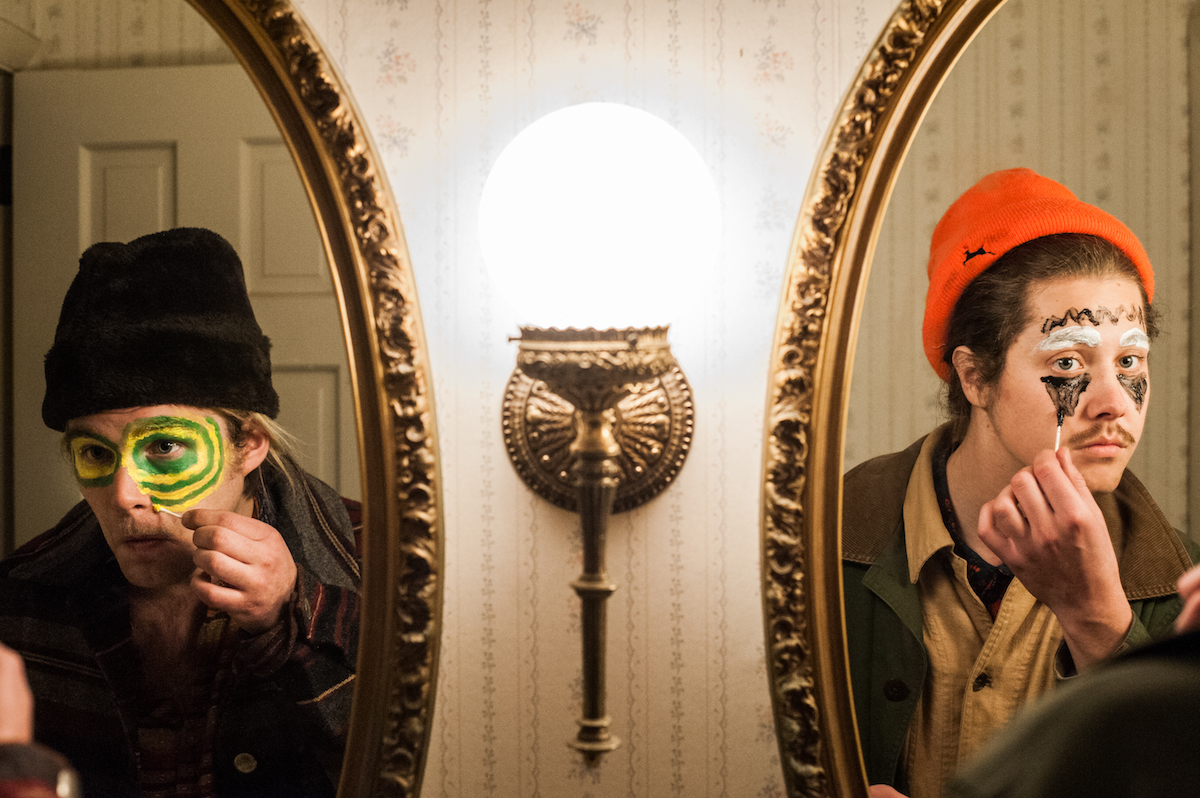 The band lives together in a house dubbed the Nude Ranch where, every summer, they host a festival called Nude Fest. It features a line-up of psych and garage bands from all over the state, spread across two stages, with fans and performers alike camping out together. 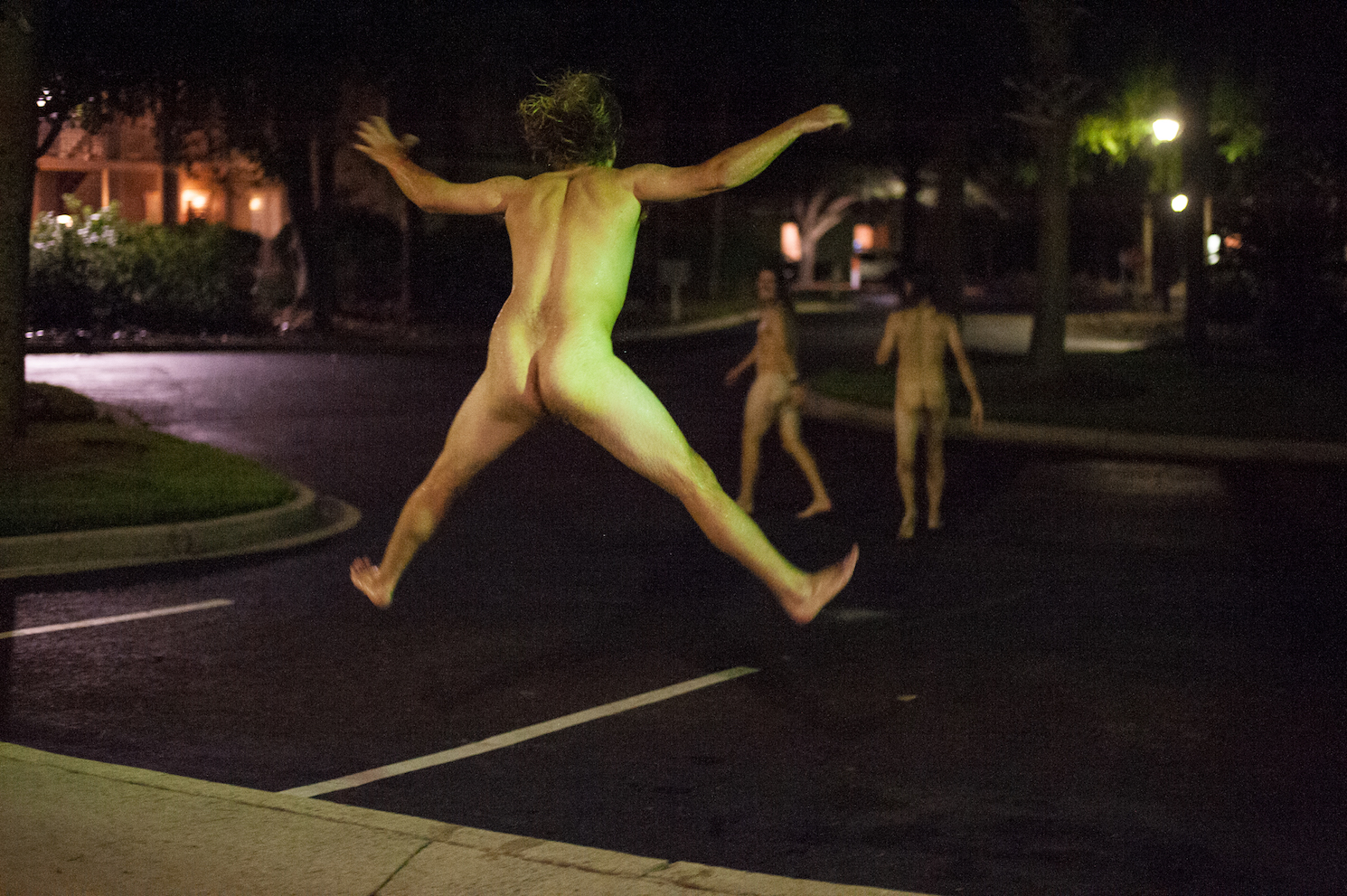 That influx of visiting bands is integral to getting your own group out on the road, Castillo explains. “We wouldn’t be able to travel and continue to make music if it weren’t for our DIY scene and the lovely basements that have hosted us in the past,” he says. “It’s a built-in audience and usually anything goes at these shows.” 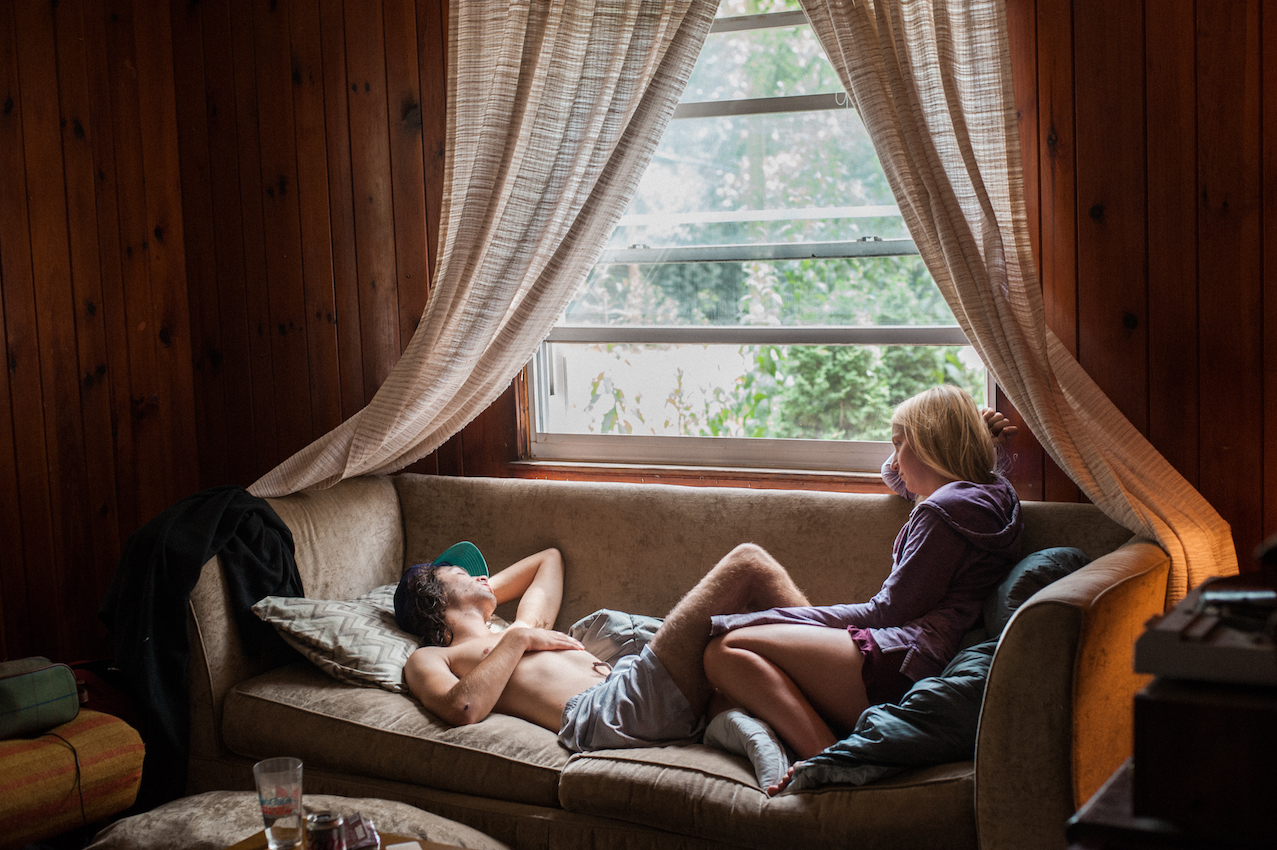 When the Nude Party decided to strike out on their own, they started by sending their music to bands with a similar sound and asking if they could open for them. 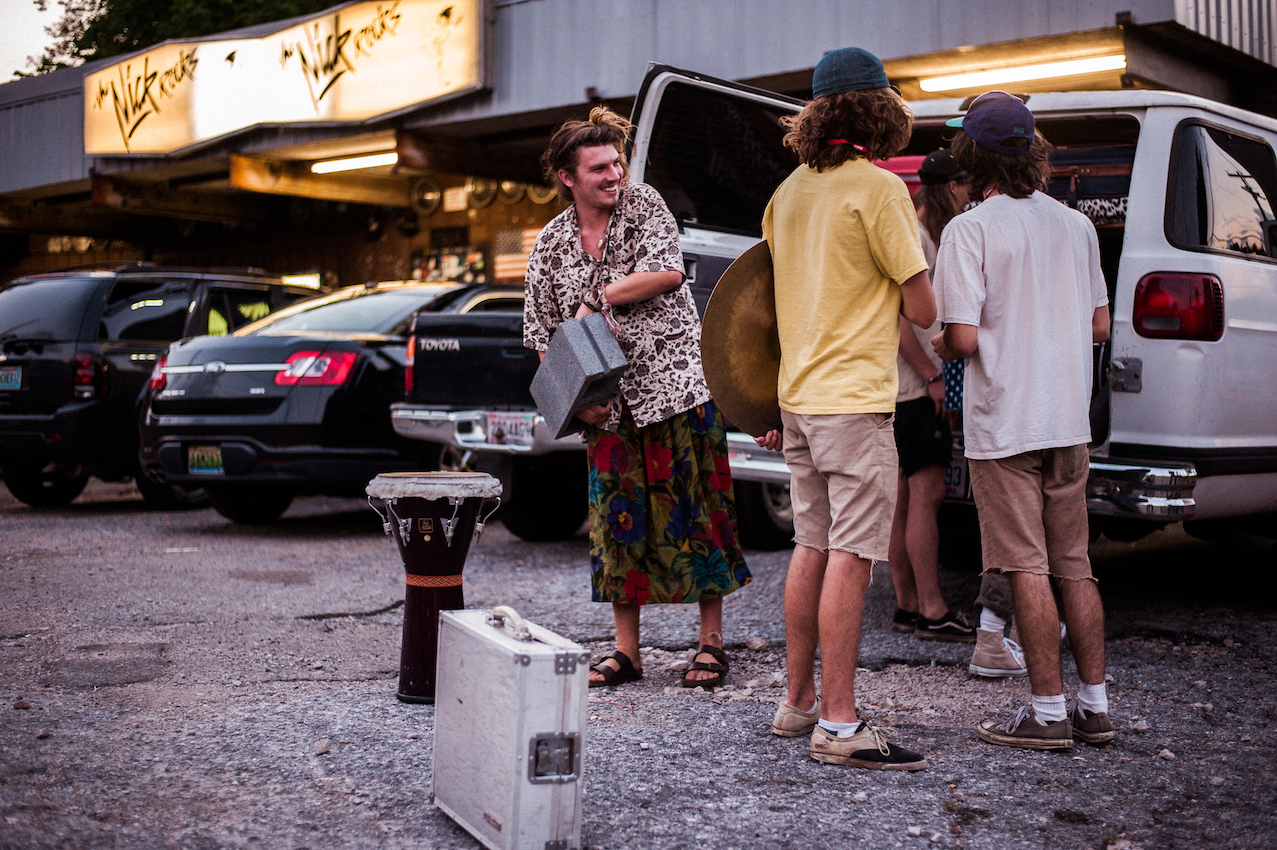 Most of the time, they would either be turned down or receive no response at all. But when an opportunity did come along – any opportunity at all – they took it. 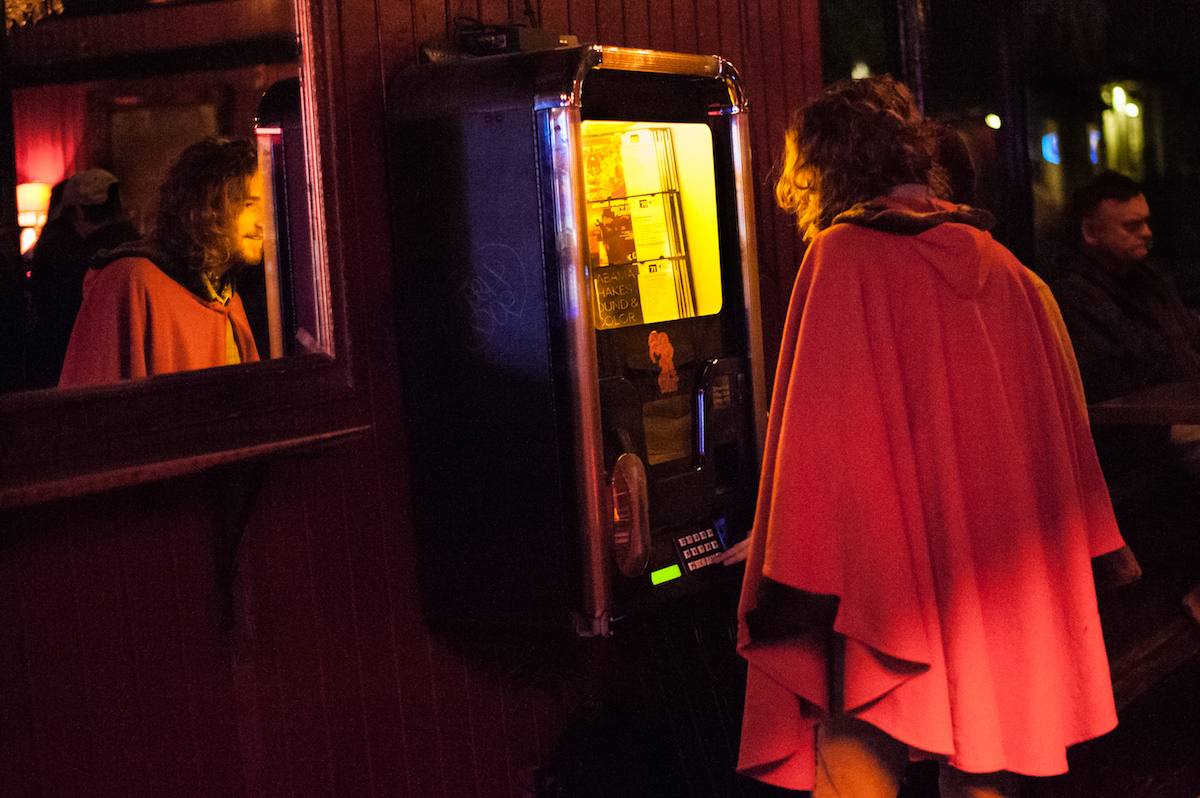 “It’s hard when you’re an out-of-town band with no following and no connections,” says Castillo. “Networking became a big part of growing as a band. Everyone you meet can be an asset in one way or another. 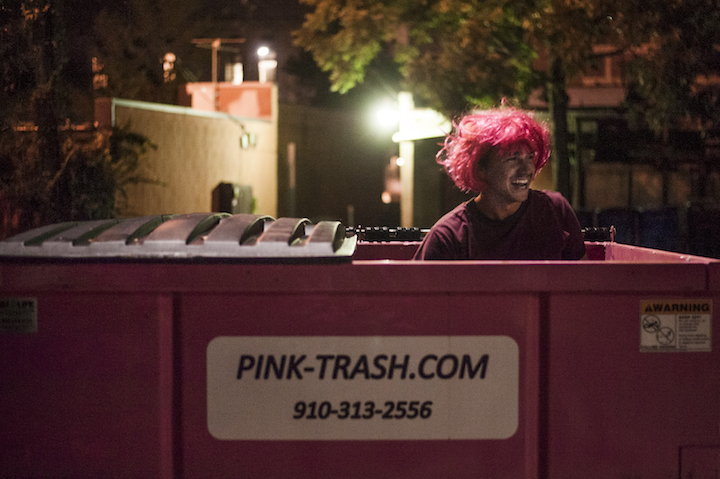 Realising that the band hadn’t been to 90 per cent of the states they were booking shows for, Castillo saw an opportunity for a photo project. 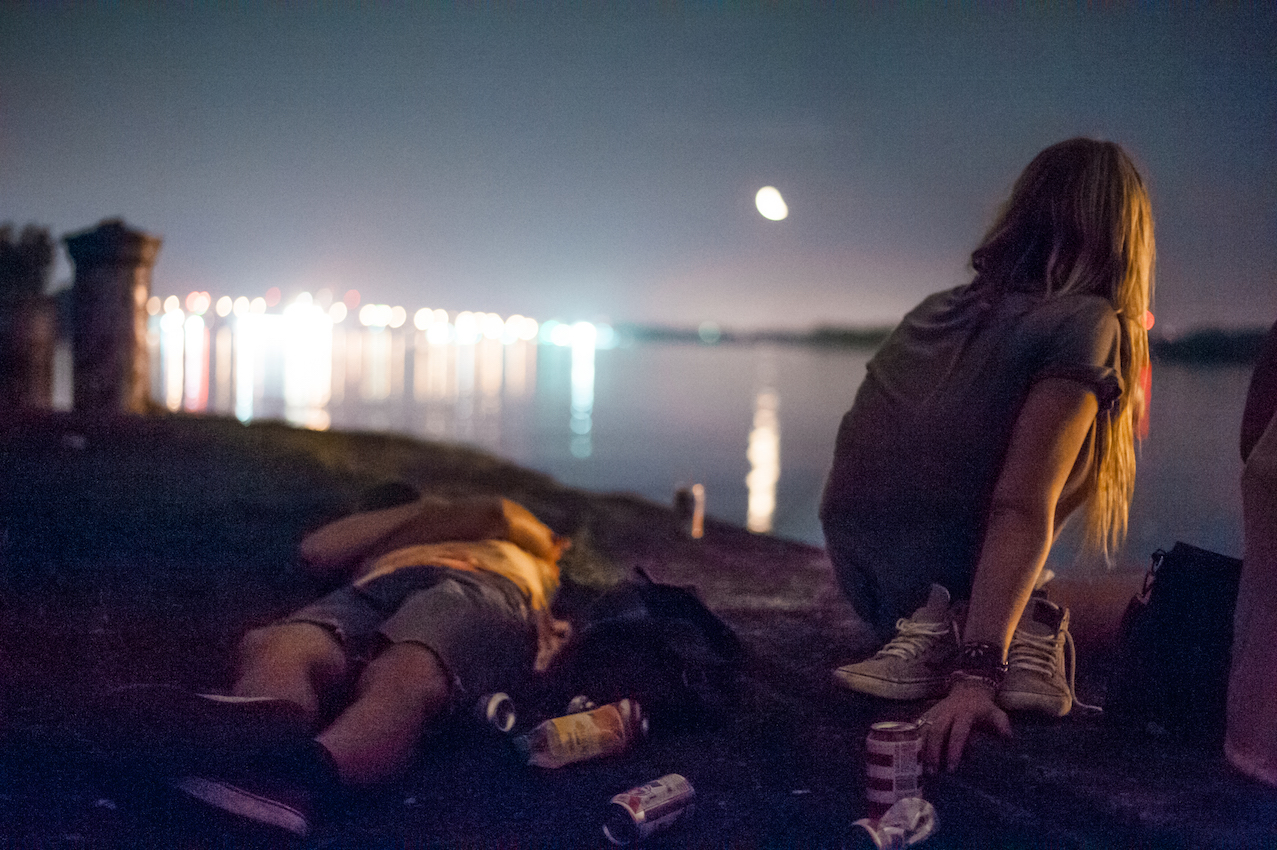 As the enterprise of being in a band grew – playing bigger shows, hiring managers, branching into merchandise – Castillo focused on the friendships at its foundation. 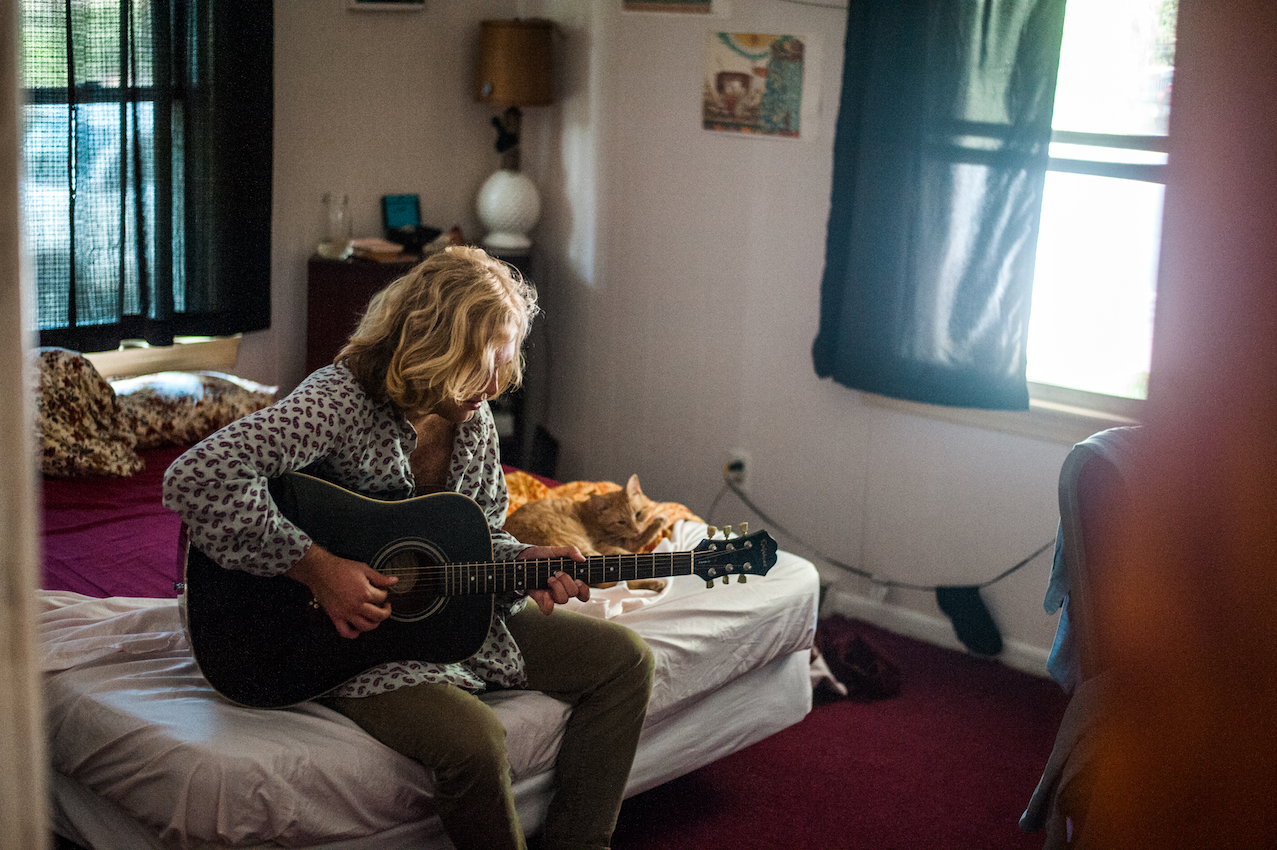 “An underlying theme in my work is to show the importance of relationships,” he says. “I look for moments of intimacy; emotion and body language that I’m familiar with or might be feeling at the same time.” 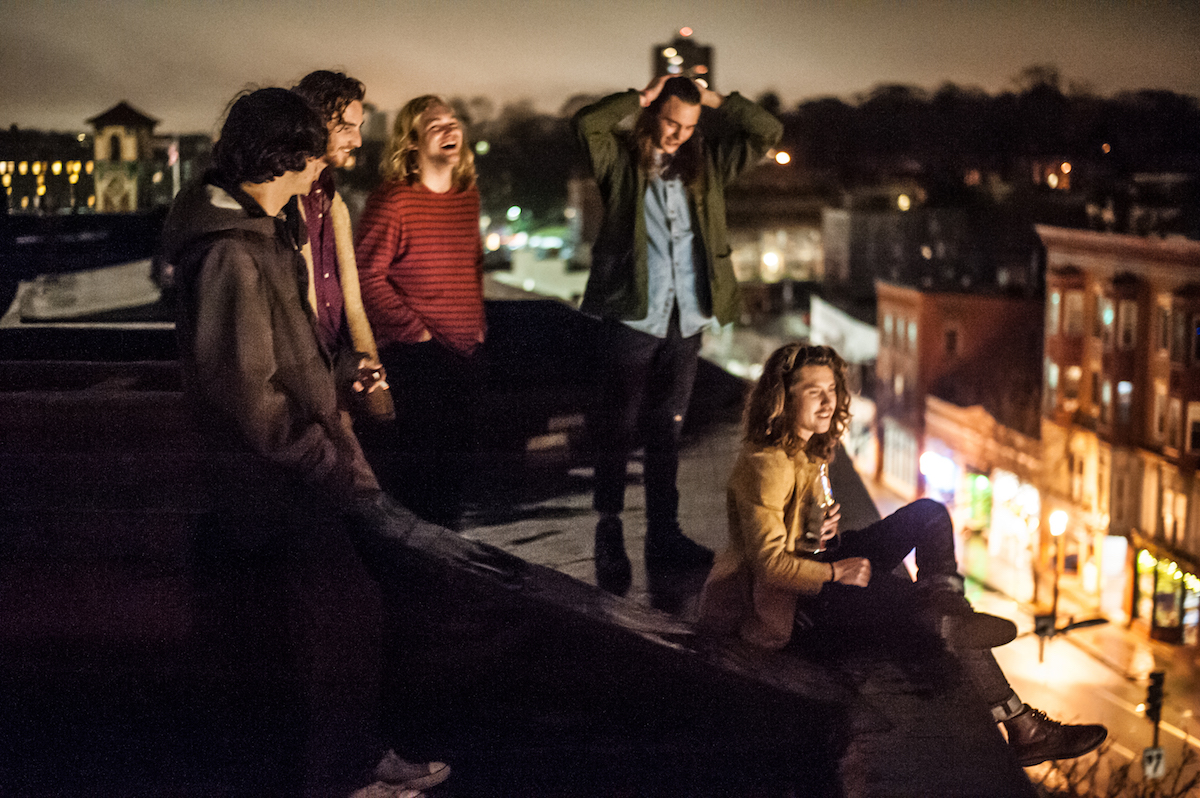 Those moments revealed themselves in the unpredictability of balancing college life with touring on weekends, finding places to sleep in places they’d never been, living a life of unfamiliarity among friends he was all-too-familiar with. 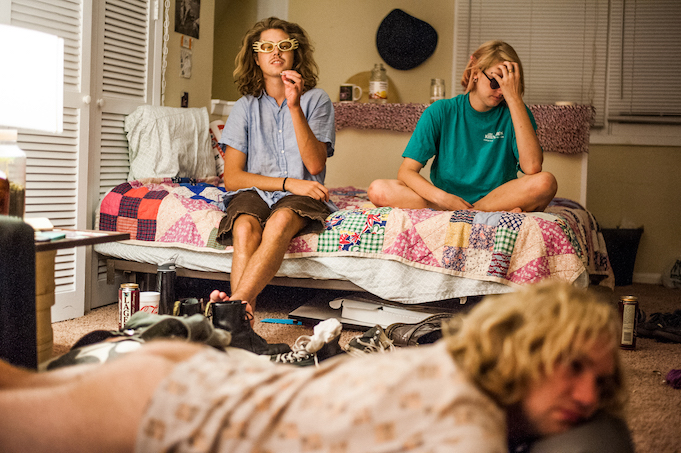 “These are the guys I’ve known from an early age; [the guys I] live with, tour with, write music with and spend every waking moment with. This is a diary of adventures we’ve had together and a story about relationships and intimacy.” 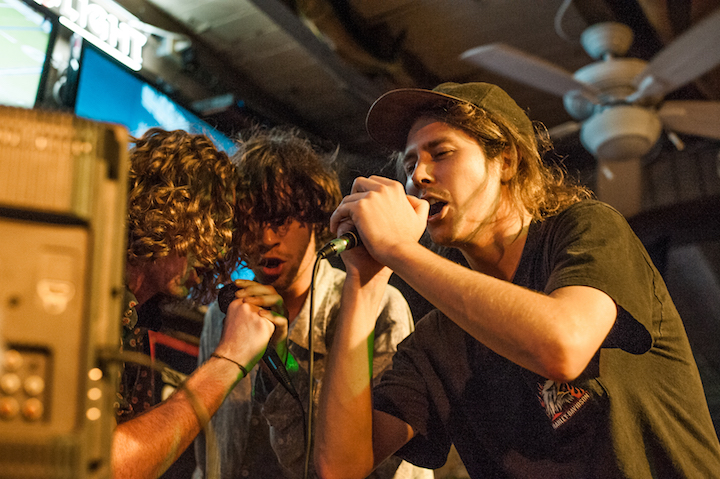 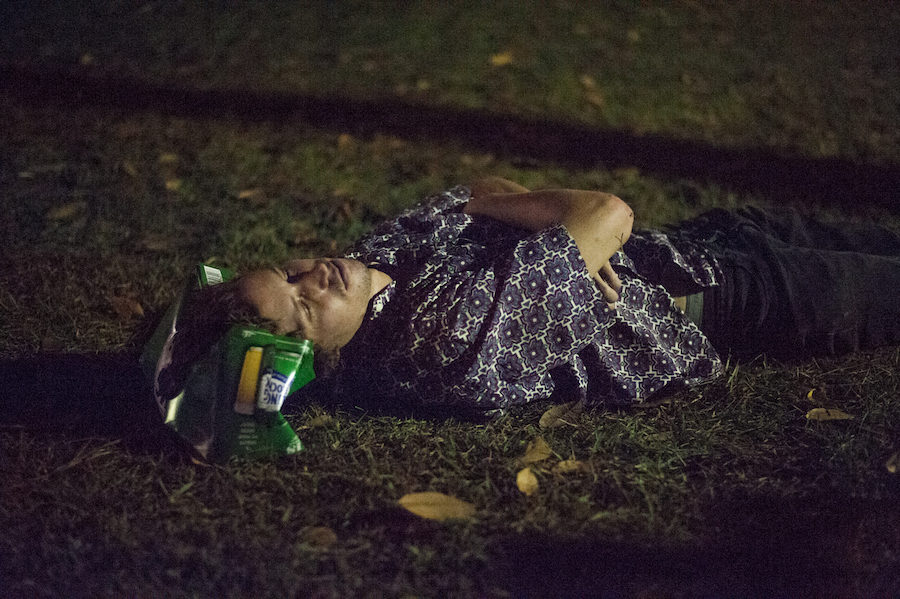 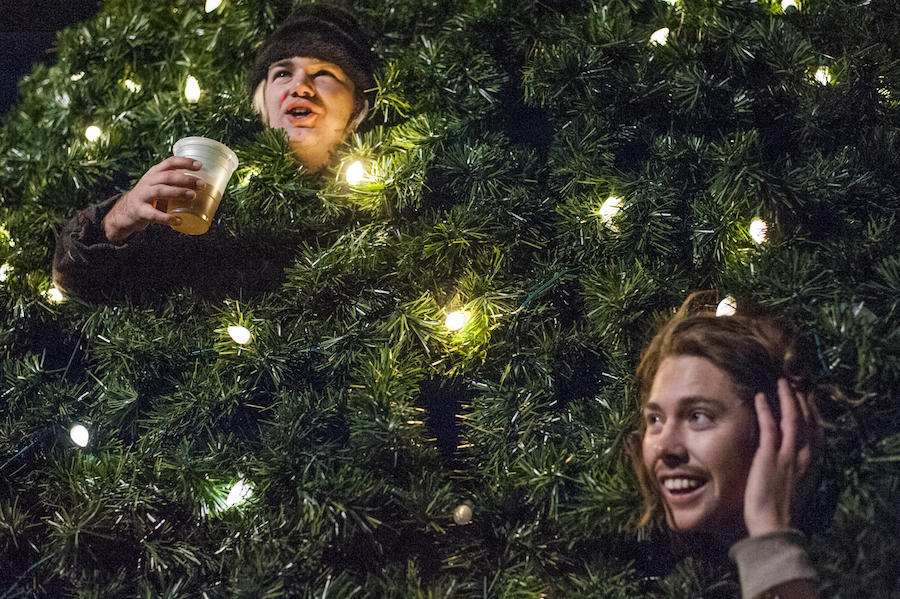 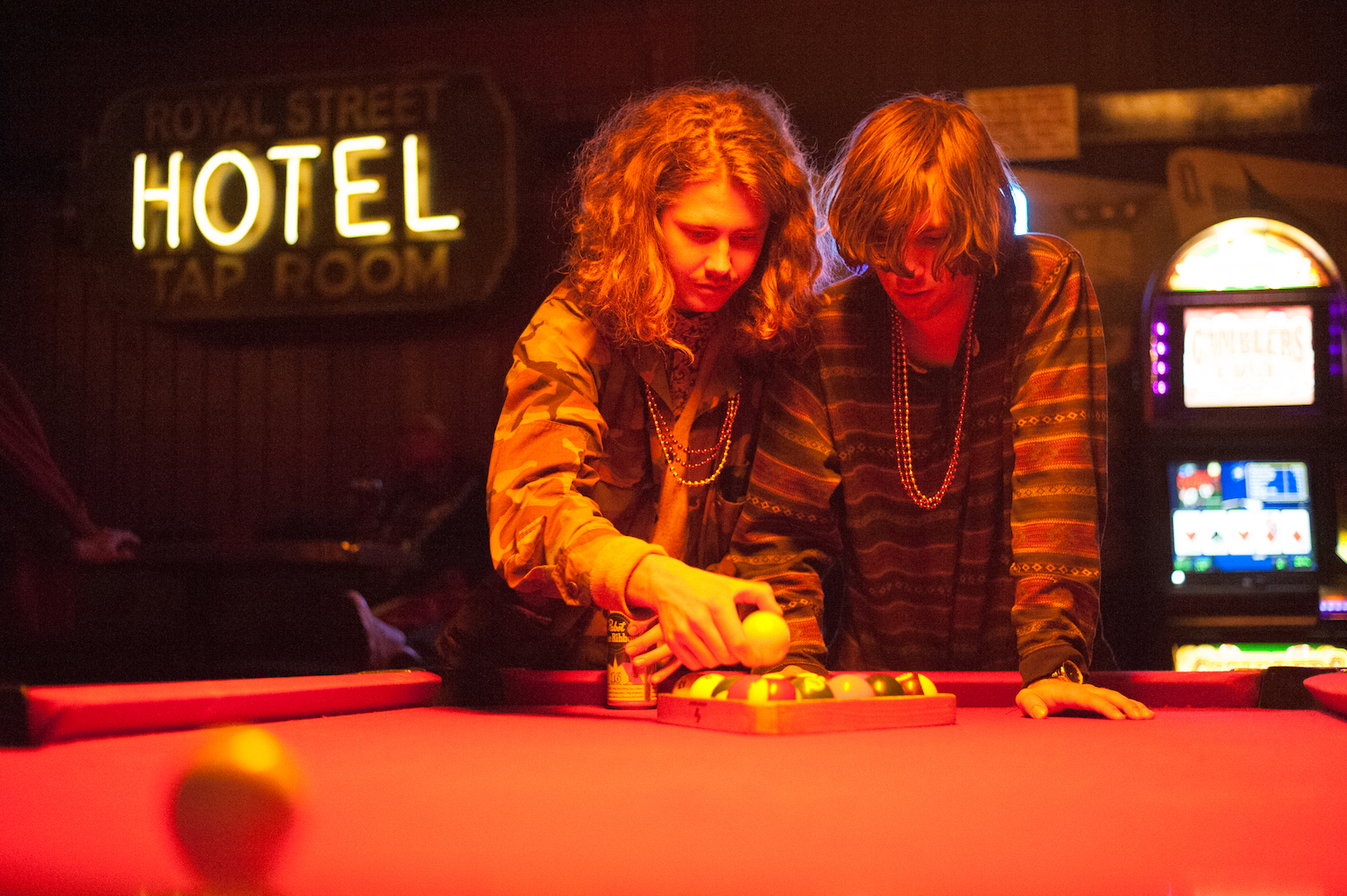 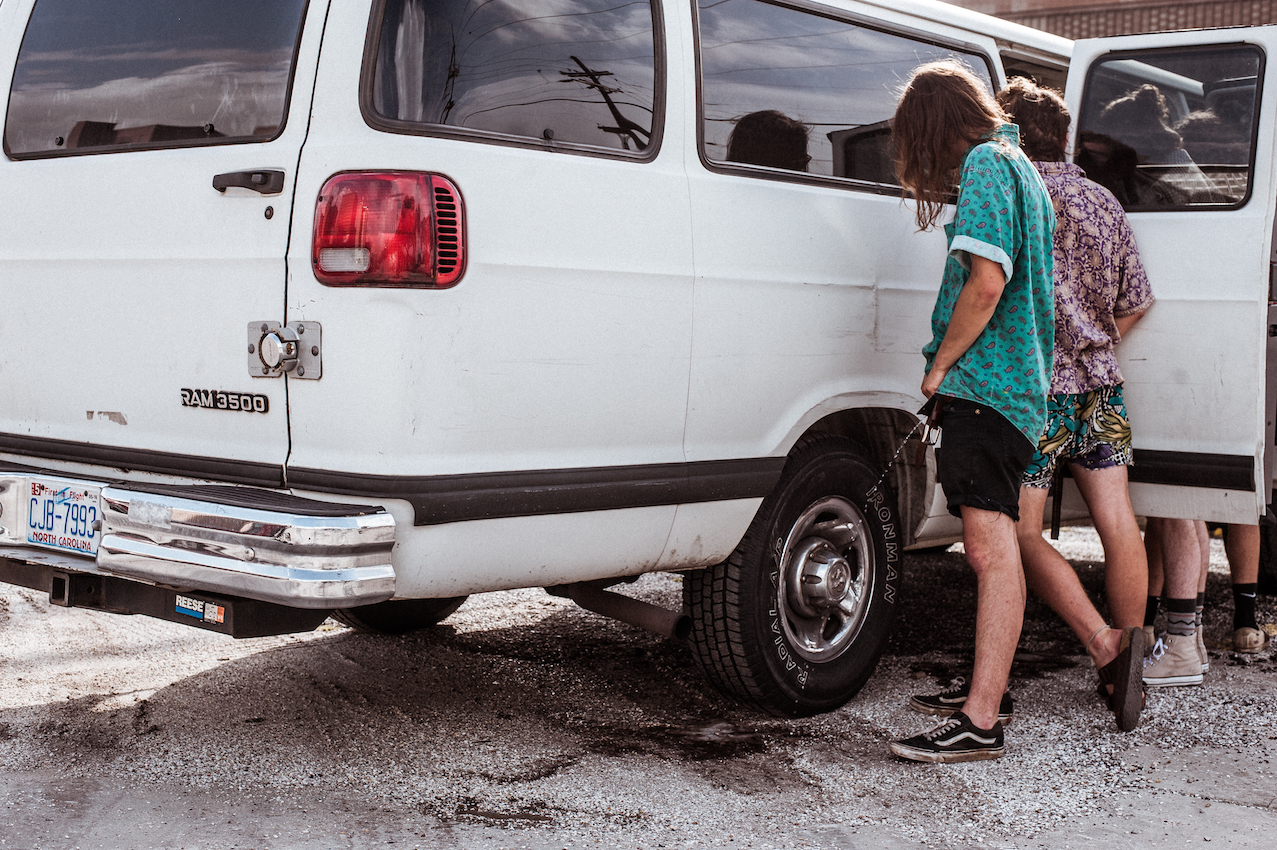 Linkedin
RELATED ARTICLES
OTHER ARTICLES
DIY legend Tim Kerr on living a creative life that transcends labels
A new exhibit at London's Raven Row Gallery explores the shifting nature of community in the late 20th Century. Among the experimental film and video on show are three films by the surreal, genre-bending documentarian Jean-Pierre Gorin.
Savages release their new album Friday. Catch up with the band’s behind-the-scenes tour diary.