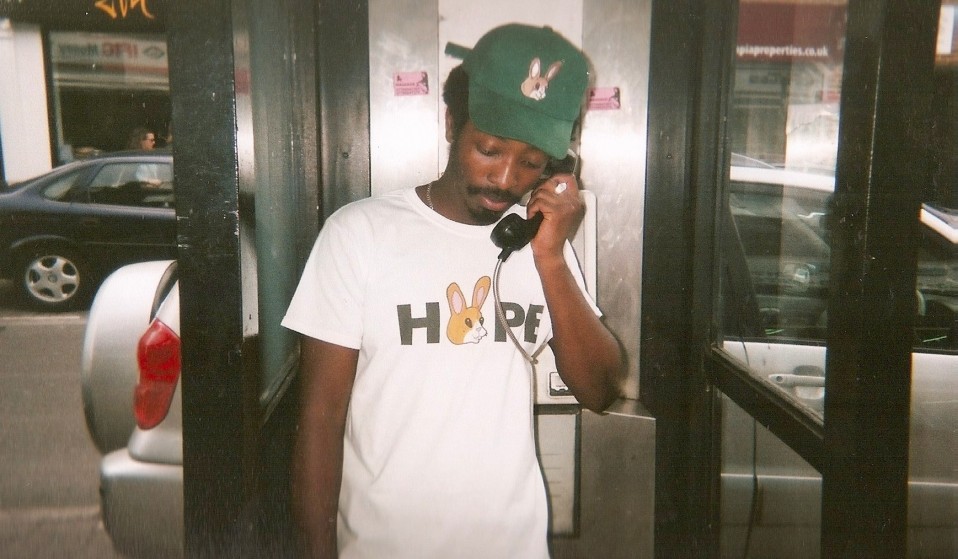 Rapper and illustrator Ash Shakur weaves wit, colour and upliftment into everything he does - from his radiant artwork to his soulful bars.

Rapper and illustrator Ash Shakur weaves wit, colour and upliftment into everything he does - from his radiant artwork to his soulful bars.

“I’m definitely a very nostalgic person,” Ash Shakur explains, “but I’m not stuck in it, that’s the difference. Nostalgia can be the starting point for something new.”

Taken from his new EP Hare This, Ash’s track ‘Nokia’ is a cheeky tribute to the basic phones we knew growing up, which perfectly captures what the South London rapper is about: a bright mix of old and new, woven together with witty optimism.

“To be honest I just wanted to go back in time to an era where we were using these basic phones but we weren’t really complaining,” he explains. “We weren’t saying, ‘Ah this doesn’t have a camera or it doesn’t have the social media. We were composing ringtones on these, you know? People would always find ways to be creative.” 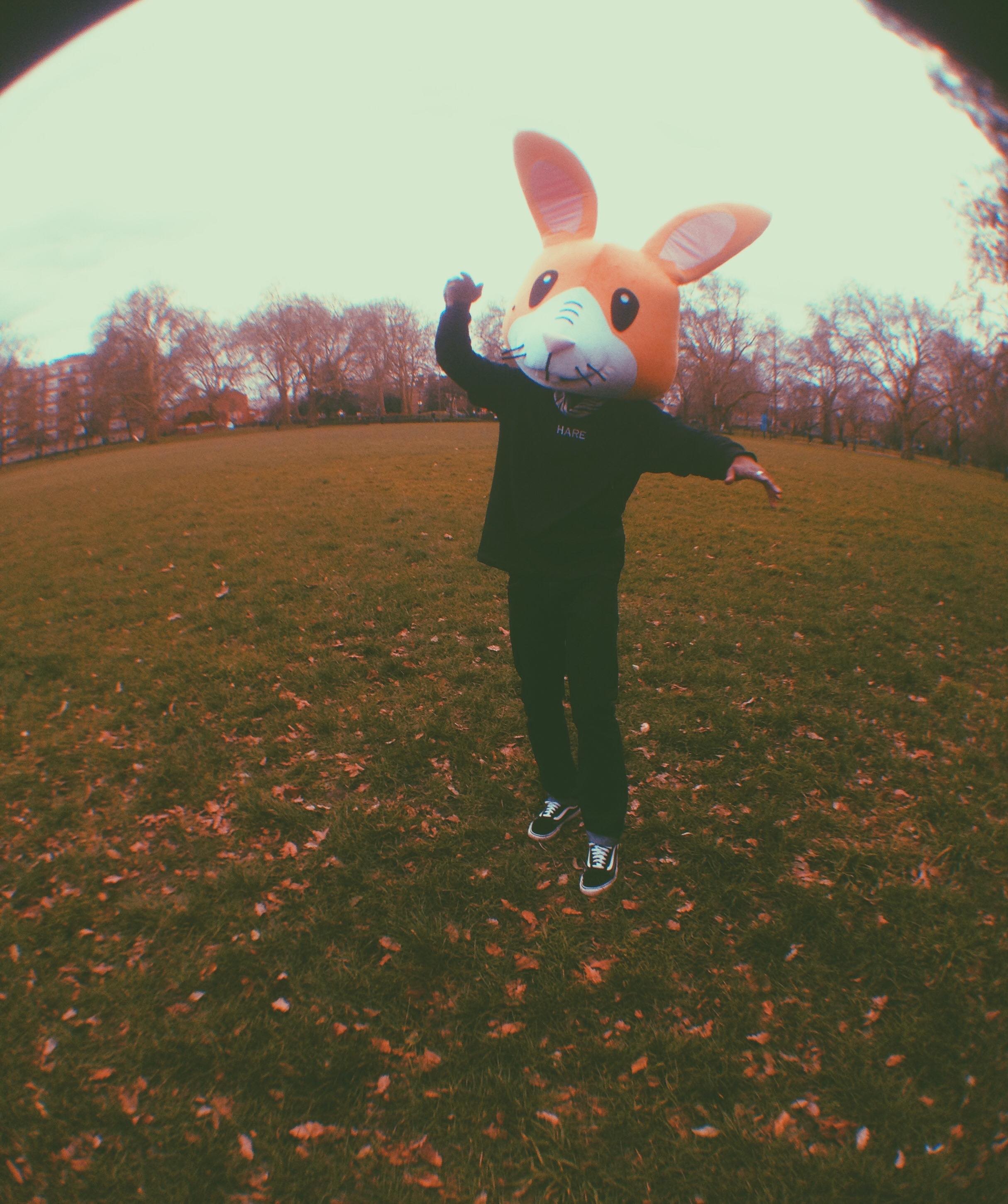 As an artist, illustrator and founding member of Art Life Central collective, Ash is pushing creativity across a wide range of mediums. He suggests meeting to walk and talk at London’s Saatchi Gallery, where he sometimes visits to get new ideas flowing. “I look at stuff beyond music, I look at different artforms or even things where I’m like, ‘What is this?’” he explains. “If you only get inspired by what’s in front of you, you’re only going to produce something similar to what you see, so I always try to incorporate a big range of influences.”

But in his teenage years, the Nokia-era let’s say, he first started coming for different reasons: “If you wanna take a girl out, so she’s like ‘Oh yeah, this is interesting,’ you take her to a gallery, you know?” he says, with a cheeky grin. “Definitely because she’s like, ‘Wow what is this guy thinking? He’s not the same as these other people.’”

Today, Ash certainly stands out in a crowd. He put himself on the radar with his video for ‘Who Is It?’ bopping through his manor south of the river, rocking one of the brightest jackets we’ve ever seen from Jeremy Scott’s 2009 Adidas Originals collection. Fashion is another string to Ash’s bow, but beyond his sharp dress sense, what sets him apart is the positivity he radiates and his enthusiasm for encouraging people to express themselves.

That’s the message to take from ‘Who Is It?’, where he playfully references rappers from hip hop’s golden era with lines like, ‘Who found the roots/Who’s on a quest for love’. The point isn’t to mythologise times gone by, but to encourage people to turn their present experience into art that will be respected in decades to come, like iconic albums Illmatic or 3 Feet High and Rising are today. “I’m always thinking about what could my new nostalgic moment be?” he explains. “Looking back, what are those moments we won’t be able to forget?”

Just like his art and music, Art Life Central is a vehicle to galvanise the creativity he sees around him. “Art Life Central is a collective that originates in South London to push art on different levels and express ourselves – it’s like a platform for artists to really enjoy what they do,” he explains. “’Art Life’ was just a saying I came up with, which stands for ‘Appreciate Real Talent Living in Feared Environments.’” 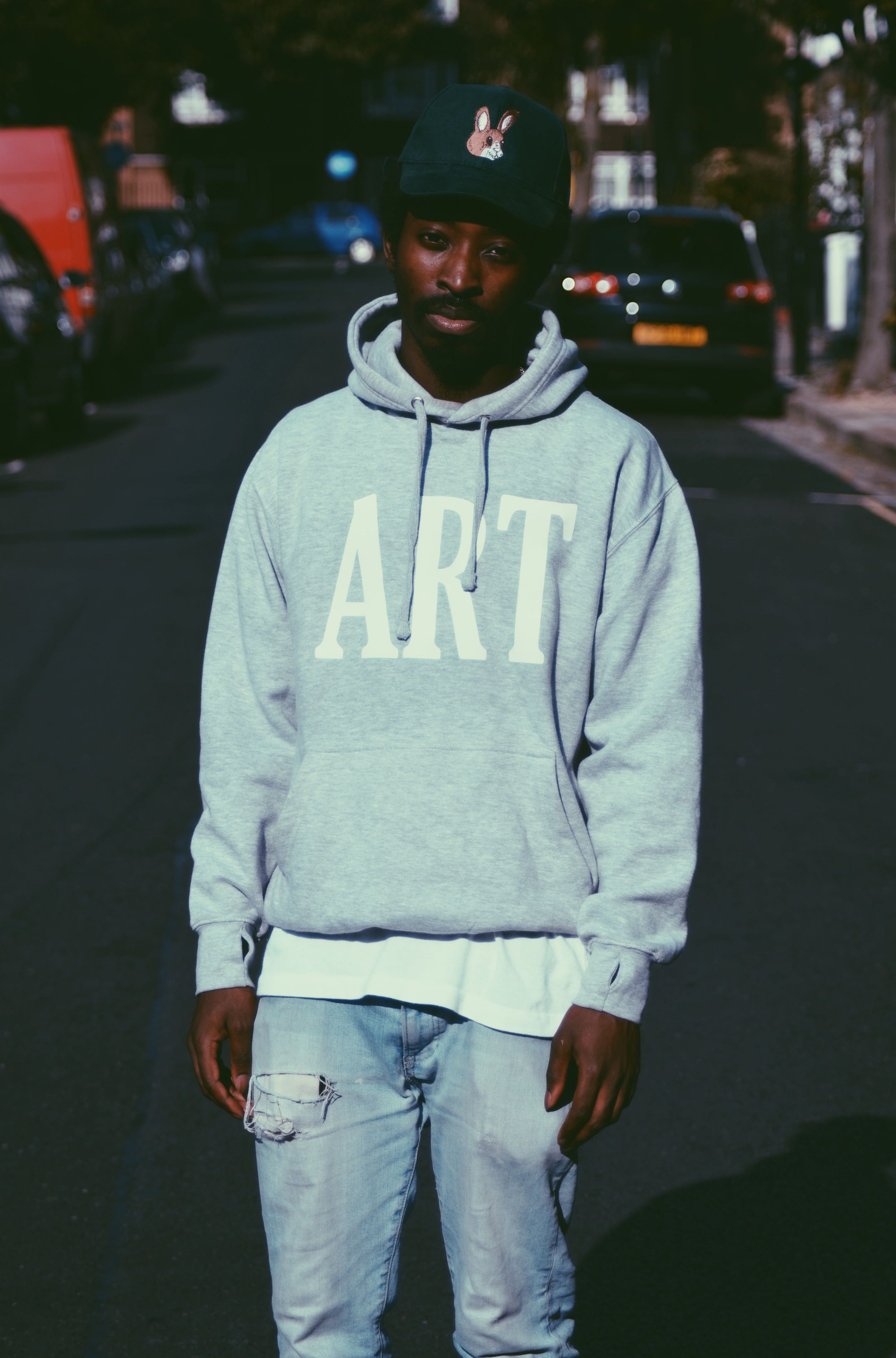 Ash’s positivity and his enthusiasm for encouraging creativity in others comes in part from the negativity he saw growing up. If outsiders ever mentioned his area, it’d only be to talk about gangs, knives and crime. “South London back in the day, we’d always get, ‘Ah, it’s dangerous I’m not coming here’, this, this, that,” he explains. “But there are a lot of people doing the work with a message and narrative they’ve got to bring out. Of course don’t forget about the negatives, but focus on the positive as well – and I felt like we weren’t getting that.”

Tunes like ‘Smile Daily’ radiate the optimism Ash wants to see more of in the world around him. Its lyrics put his message simple and plain, connecting a brighter existence to creating art and doing what you love: ‘Yeah we love every day/Make art every day.’

“Where we’re from we’re actually alright,” he explains. “Despite all the unnecessary things that were happening, we were able to just do our thing. We didn’t get pushed into doing things we didn’t want to, just because everyone was doing it. I’m talking about positive stuff because I wanna bring more of that out in people: follow your passion, follow your dream, you know?”

Ash Shakur’s Hare This EP is out as a free download, February 29 on Soundcloud.

Linkedin
RELATED ARTICLES
OTHER ARTICLES
Photographer Arthur Grace recalls travelling through the Soviet Bloc and finding ways to evade the surveillance of his work.
Thomas Hoepker‘s images taken during a road trip across America provide a searing social commentary about a divided country.
Curator Antoine de Beaupré discusses his immense record collection and what it tells us about the intersection of music, photography, art, and commerce.
Photographer Matthew Brookes recalls following a group of young people in Venice Beach living in search of the perfect wave.
A new edition of a seminal book brings together iconic images of the band onstage in their full glory and backstage in moments of unguarded camaraderie.
Proposals to introduce a minimum GCSE threshold for student loans will disproportionately affect those from marginalised backgrounds.