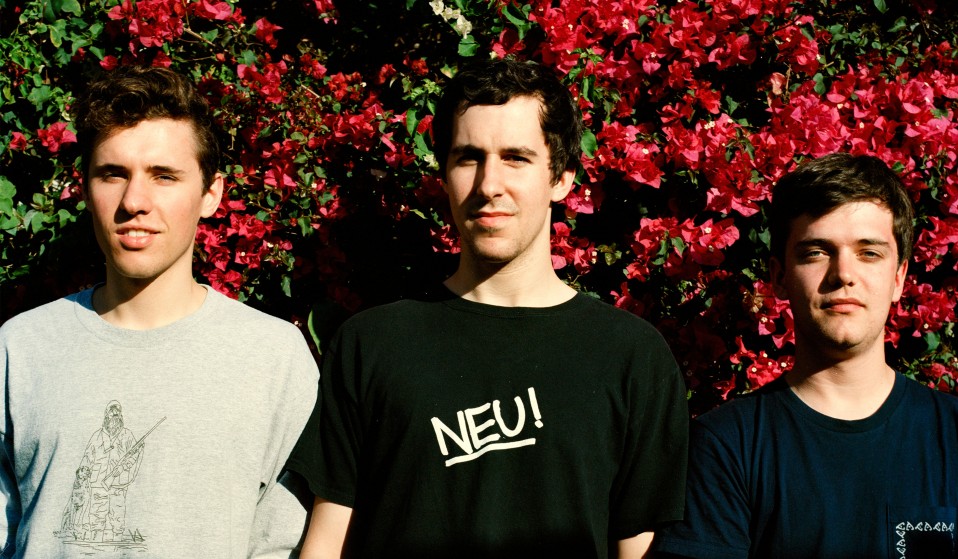 “We just got a tweet and it all happened,” says Badbadnotgood’s Matt Tavares. “The collaborations with Tyler, The Creator or Frank Ocean weren’t really planned. It wasn’t like, ‘Oh, we want to fuse hip hop and jazz in this crazy way’, it just kind of happened. Via coincidence and Twitter we met all these crazy people.”

Toronto trio Badbadnotgood don’t care about genre – or the traditional route to success. They’ll suck in tunes from James Blake or Feist to A Tribe Called Quest and Joy Division, then spit them out through their own future-jazz filter. They’ve hustled hard on social media, done almost everything themselves, from album art to production and the sleeve on their second album proudly states: “No one above the age of 21 was involved in the making of this album.”

Matt (keys), Chester (bass), and Alex (drums) met at Toronto’s Humber College jazz programme. Their musicianship shines through on every track but forgetting much of what they were taught was key to moving forward. “Sometimes what you learn in school is so focussed on perfection,” explains Matt. “You kind of just need to step back, experiment and fuck up. Let yourself be free, find your own sound and style. Jazz musicians back in the day didn’t go to school. They just experimented and wrote songs and played in bands and hustled. They built their own creativity and let themselves like explore that way.”

Over the years, hip hop has drawn heavily from jazz. Gil Scott Heron and The Watts Prophets’ spoken-word jazz poetry influenced rap’s early years and jazz samples are sprinkled through tracks from Nas, Souls of Mischief, Gang Starr and many more. Hip hop openly pays tribute to what came before, but jazz has rarely acknowledged the existence of its young apprentice – that is until Badbadnotgood. For their final music school exams they played a session featuring Tyler, The Creator’s ‘Assmilk’ and some odd Odd Future covers. It didn’t go down well. The the trio nearly failed and an examiner wrote that their performance had “no artistic merit”.

The Humber faculty may not have appreciated the cross-pollination between jazz and hip hop, but when Tyler, The Creator tweeted a link to their Odd Future session it went viral. After talking on Twitter, they hooked up for a series of collaborations in Alex’s basement. “It didn’t feel like a collaboration,” Chester explains. “We were just goofing around, you know what I mean?” The videos put Badbadnotgood squarely on the map and the experience left Tyler buzzing: “I’ve never had a jam session in my life. Oh my god, that was the coolest shit ever… that was cool as shit. […] Fuck yeah, I’m having a moment!”

BBNG’s first two self-titled albums feature a wide variety of covers, ranging from Nas’ ‘The World is Yours’ to ‘Saria’s Song’ from cult videogame The Legend of Zelda. Their latest LP release, III, is the first to be made up of entirely original music, notably the infectious ‘Hedron’ and brooding ‘Can’t Leave the Night’. The moody and complex record blends improvisational jazz with hip hop rhythms and received a huge response, winning a nomination for best album at Gilles Peterson’s revered Worldwide Awards.

Badbadnotgood can’t seem to tear themselves away from huge hip hop collaborations and 2015 sees the release of a full LP with Ghostface Killah, which follows on from the track they released together with Danny Brown in Summer 2014. Sour Soul also features DOOM on mic duties and is hotly tipped by progressive hip hop heads. But after collaborating with some of the biggest names in hip hop and beyond, what’s next for the down-to-earth Toronto trio? “We want to work with more people who are cool, genuine and you know, just have a good vibe.” explains Alex. “People who are doing something unique – who we can work with and there’s no pretence. Just very relaxed and artistic, I guess.”

Badbadnotgood‘s III is out now on Innovative Leisure and Sour Soul is released by Lex Records on February 23.

Linkedin
RELATED ARTICLES
OTHER ARTICLES
In Sheffield, food delivery drivers are fighting back against one of the giants of the gig economy.
With abuse of call-centre staff on the rise, many are now speaking out about the hostility they’ve faced.
Those set to be impacted by the governments ’undemocratic’ bill explain why it risks silencing them.
From Brooklyn gang members, to Welsh miners and the residents of East Harlem, Bruce Davidson used his camera to shine a light on the most marginalised.
The internet furore surrounding a certain NY-based furniture designer should make us question whether condemning people in the harshest possible terms harms more than it helps.
The musician, DJ and founder of Monika Enterprise reflects on a career defined by revolution and rule-breaking.