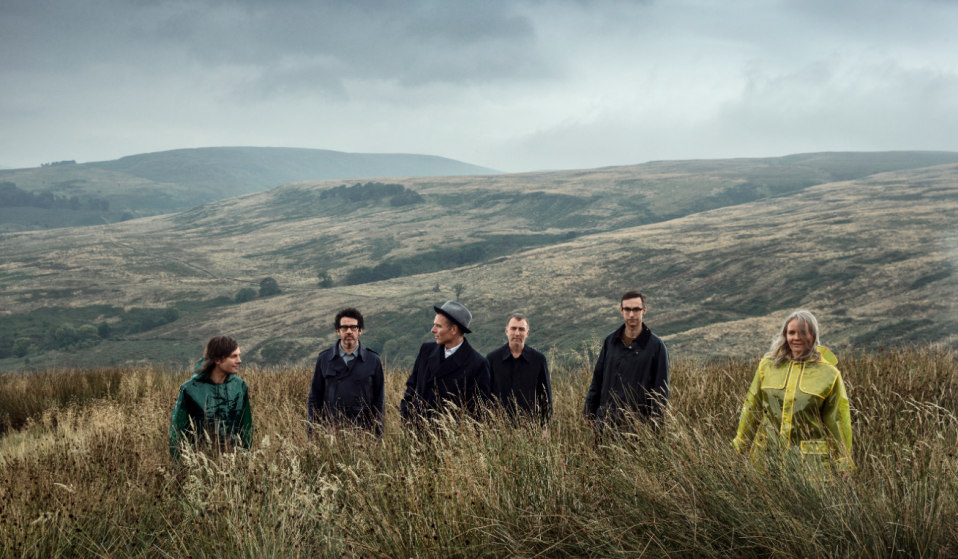 Prior to the release of new album Girls In Peacetime Want To Dance, Belle and Sebastian guitarist Stevie Jackson reveals some of his inspirations.

Prior to the release of new album Girls In Peacetime Want To Dance, Belle and Sebastian guitarist Stevie Jackson reveals some of his inspirations.

Heroes of the Glasgow underground Belle and Sebastian are back with their ninth studio album, Girls In Peacetime Want to Dance, due for release January 20, 2015.

But when you’ve been a band for almost twenty years – what keeps the creative juices flowing? We caught up with guitarist Stevie Jackson to find out what inspires him to keep making music.

It’s amazing how different the energy feels in the morning; the light, the sense of industry and movement. Walking down the street I feel like I’m in a story, the characters around me are sketched out in three dimensions going about their business, the air is tingling with the possibilities of the day. That feeling seems to have disappeared by about eleven o’clock. Everyone is still going about their business, of course, but the golden hours have gone.

Making a collective sound is where it’s at. First achieved in a bedroom when I was fourteen when my friends and I rehearsed a version of ‘Jo the Waiter’ by Tubeway Army. The feeling of the acoustic and the electric and the bass merging together was mesmerising to me. The collective spirit and the camaraderie filled me up and I could see for the first time the real human potential of existence. The spirit of it is something that’s hard to describe but I’ve felt flashes of it in the poetry of Rumi. These days I play in Belle and Sebastian and it’s exactly the same magical feeling. We get in a room or on a stage and we make a collective sound. It’s what it’s all about, it’s what it’s always been about.

I’ve been all around the world and there’s nowhere like Glasgow. That’s completely subjective of course, I was born there, never lived anywhere else really. As I’ve gotten older the influence has become stronger and stronger, you would think it might be the opposite. To me the place is unspeakably beautiful. It’s the tenements, the colour and the quality of the stone and the way the light hits the building at certain times of the day, the parks and the rivers. I love the approach from the M8 heading west, there’s a point where the road curls around left and then right and the vista opens up, Garnet Hill and the Art School to the left, straight ahead in the distance you can see Glasgow University tower and Park Circus, gets me every time. I love coming home.

I love all kinds of movies but I find Cassavetes very interesting at the moment. Here’s a quote from him: “There’s nothing more complex than a middle aged person.” I’m approaching middle age and it’s true. Despite being more confident and happy in my own skin, my feelings are complex and I’m often prone to confusion. You can see these kinds of themes in movies like Faces and Minnie and Moskowitz. Life was simpler when I was younger, based on the usual aspirations and that’s what’s usually conveyed in the movies. I would love to try and convey those kinds of themes and issues artistically. There’s a song I sing on the new Belle and Sebastian album called ‘Perfect Couples’, which is getting there, although it’s just a tongue-in-cheek pop song but there’s undoubtedly a reality to it. I’d like to go deeper.

Order and discipline seem to be the order of the day. One would think these pursuits would be the very thing I had been trying to get away from when embarking on a musical career and indeed I maintained a policy of living in a hovel for a lot of my adult life. Oh how I’ve changed! There’s nothing more inspiring to me these days than sitting at my kitchen table with the ten o’clock sun streaming through the sash windows with cleanliness and order surrounding me. It was actually the dishwasher that changed my life. Cluttered surroundings make for a cluttered brain. Clutter is the enemy. Let the inspiration come!

Belle and Sebastian’s new album Girls in Peacetime Want To Dance is released on January 20, 2014, on Rough Trade in the UK and Matador Records in the US.

Linkedin
RELATED ARTICLES
OTHER ARTICLES
Michael Fordham bears witness to The Most Important Day in Scottish History.
Belle and Sebastian, The Pastels, The Vaselines and other Scottish artists reveal how they will vote in the referendum next week.
Unearthing the archives of William Strobeck, the filmmaker responsible for the first full-length Supreme skate video "cherry" due for release on March 27.