Art & Culture / Music / Benjamin Clementine on love, music and life as an outsider 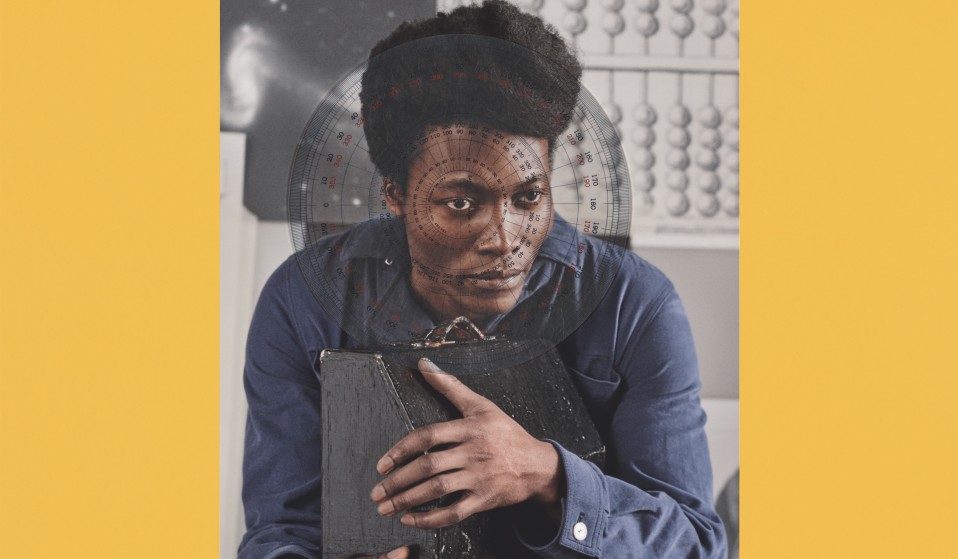 On his latest album, I Tell A Fly, the self-taught London musician turns his unique gaze to the events of today, singing about love, being an alien and belonging.

On his latest album, I Tell A Fly, the self-taught London musician turns his unique gaze to the events of today, singing about love, being an alien and belonging.

Benjamin Clementine is, all in all, a remarkable person. He is tall, with strong cheekbones, his hair in a signature pompadour style. When he speaks, it’s almost in a whisper – a direct contrast to the spellbinding strength of the voice heard in his eerie, soulful musical creations.

Benjamin grew up in Edmonton, North London, in a strict Christian household. An autodidact, he consumed copious amounts of books, ranging from poetry to dictionaries, in lieu of going to class. He learnt to play the piano by ear. At the age of 16, he left the house he grew up in, and at 18, he was in Paris, busking on trains and finding his own voice.

His first album, the Mercury award-winning At Least For Now, came out in 2015, and gripped the music world with a level of poetry and unique voice that demanded people to sit down and listen.

While the storytelling on At Least was strikingly personal, Benjamin’s latest album, I Tell a Fly, sees him turn his insightful gaze to the external world. It all started with a quote present in his American visa, describing him as ‘An alien of extraordinary abilities.’ From there, Benjamin started dissecting the concept of wandering, moving forward. It is both a personal account, and a look at the world in a larger scale.

I caught up with him to talk about melody, love, bullying and what family means.

Do you think being self-taught affects the way you create music?
Benjamin Clementine: Yes, I think so. It isn’t very easy to listen to a song for a whole five minutes and play it from scratch. I used my ears and my own way of expressing myself. So of course, I do see music differently, because music is an expression.

Once you defined yourself as quite “conservative” music-wise – what does that mean?
For some artists, music is about being socially aware, and they end up pointing fingers, saying “this person has done this” – like a higher power. So I stay conservative in that aspect. I like to not mention names, but rather use something that’s close to us, so that we understand it without losing concentration on the real reasons why these things are happening.

In terms of composition and sounds, I am also very conservative. I find a lot of the music being done today rubbish because it doesn’t affect me. I prefer music that is sophisticated – that you’ve picked, sat down and really appreciated. An artist is on a journey – get in a van, or that spaceship, and go with them. If you don’t want to, don’t bother. Of course, that’s not what I, as an artist, want. I want people not just to sit in the spaceship, but walk around it.

Does it ever bother you knowing someone doesn’t like your music?
No, of course not. We all have our ears, and we all have our hearts. I know that if they don’t like it, eventually they’ll die, and someone else will come along and like my music. If my music is still here, their grandchildren might appreciate it. I’m hoping that it stays here for as long as there’s still a bunch people blabbing on about the human race.

Music is music and I just hope that I become somewhat of an influence – I hope that I give people something that they couldn’t have got from anywhere else. That’s all I want. That, and for them to think about themselves. I think it’s part of my duty as a human being to bring people closer to themselves. Realising that this thing called charity starts from home. If it doesn’t, then you’re screwed.

One of the themes of the album is love – what does it mean in this context?
Love is really simple. It’s what you feel whenever you love someone. I don’t think there’s any difference between romantic love and any other type of love.

I admire artists who make 50 or 60 albums, but I think that for me, I’ll have to find a different, new way to express this thing called love. After a certain time, you get tired.

That’s another thing you mention often on the album – the idea of constantly moving forward, without fear.
It’s inevitable – it’s obvious. It’s always been, and it will always be. We came from Homo Erectus, and after that, there was another guy, and then Neanderthals. And now we’re here. From apes! We’re curious to know where we’re coming from, but we’re scared to know where we’re going. We are scared to move forward, and when we see someone moving forward we get scared and we push them and hold them so they don’t.

You’ve also talked a lot about being an outsider. How did you come to terms with that and find your own voice?
I feel that there is a need for me to speak for people who can’t. I know this because I couldn’t speak before. All of a sudden, I found this thing called music and poetry, and it just feels like I finally found a way that made me open up.

When I left London and went to Paris, I didn’t talk to anyone. But as soon as I played music, as soon as I spoke and sang, I felt like I was talking to millions. So I said to myself: If I’m going to do this, then I’ll talk about my experiences. I’ll talk about the silent voices – the silent people who were traumatised, who were bullied, who were forced to do things they didn’t want to do.

I personally feel that I have to do this. Because of the shit that I went through, as a kid. People say I take my music seriously. Well, I do, because of what I’ve experienced. I’m giving back, but in the form of love. I really want to love these people.

I know I’m not the only person who went through what I went through. And I think that when I sing. You hear just one voice, but it echoes off. I might not hear it, but it goes somewhere else, to the unknown, and someone else will hear it eventually.

Even if I’m not as successful as my contemporaries, my music will still be here. To have something that is accessible and can be appreciated for at least a hundred years, that’s not bad.

“Successful” is quite vague – it means many different things to different people.
To me, this is a success. To get kids coming up to me after my show, hugging me and saying they want to play the piano like me. When I was a kid, I couldn’t talk to my own parents, let alone to a stranger and tell them I wanted to be like them.

Being exposed to something that you like as a kid is a gift. I didn’t experience that, so this is what success is for me. Also, realising that love is the safest place to be is a huge thing to me because I couldn’t understand that for a long time.

The interview has been edited for length and clarity.

I Tell a Fly by Benjamin Clementine is out on September 29, via Virgin EMI. You can pre-order it here.

Linkedin
RELATED ARTICLES
OTHER ARTICLES
After fleeing the war in Ukraine, people are finding it impossible to secure affordable and decent housing in the UK.
After building his reputation covering the US civil rights movement in the 1960s, the photographer went on to produce some of the most enduring images of the past century.
A recent High Court ruling against the right to wild camp in Dartmoor National Park sparked the largest land protest in history – and campaigners say their fight is not over yet.
A new law change is enabling Britain’s donor-conceived children to know the truth about their origins – but campaigners say the fertility industry must do more to protect people.
A new film from Berghaus traces the story of Adam Raja, who left behind a turbulent upbringing to discover the healing power of climbing.
As she gears up for the release of her first book, the 24-year-old climate activist talks standing up to authority and building a more inclusive movement.