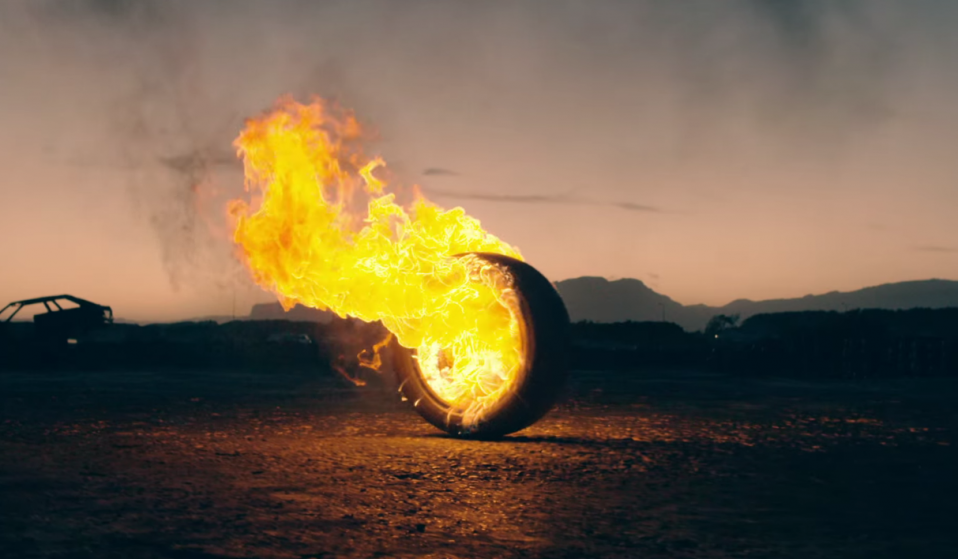 Spinning in South Africa, a walk through the heart of grime territory and oozings of fake blood, from Massive Attack, Kano, Metz and more.

Spinning in South Africa, a walk through the heart of grime territory and oozings of fake blood, from Massive Attack, Kano, Metz and more.

January has been super busy for new releases – music videos included. Take a look at the selection below

Wow, we’ve all been here, haven’t we? Stumbling out of the bar after a long night out, just trying to get home – next thing you know, a pack of shadowy contemporary dancers surrounds you and starts dancing in time with your shaky steps. Just an average Thursday night for Massive Attack, Tricky, and 3D.

Yeasayer – I Am Chemistry

Very weird and freaky video to accompany a new head-bobber by Yeasayer. Some serious world-building going on here for the Brooklynites single off their upcoming album Amen & Goodbye, which is out in April

Something called “spinning” is really big in South Africa’s townships: it’s like suburban kids doing donuts except not at all, because you’re perched outside of the car. Tiggs Da Author is smiling the whole time.

Savages‘ new video is one super intense slow burn. Lead singer Jenny Beth is able to translate the energy of the band’s live performance into this vid with these really small gestures and movements in her face. This video is stripped down and great.

Superbly well edited new video from Metz for their new EP which was released this month. There’s also a great dog in the video so props to that.

Kano’s new album is going to be heavy. JME, Wiley, Giggs, Rustie, Damon Albarn and more. ‘3 Wheel-Ups’ (ft Giggs) is one of the singles – the video is shot on Roman Road in East London. Check out our profile on Kano in the upcoming issue of Huck.

‘Kill V. Maim’ is a trip. There’s a nod to Tank Girl, tons of fake blood, and a pretty serious bow and arrow. Very visual.

Linkedin
RELATED ARTICLES
OTHER ARTICLES
50 years since its inception, and the campaign calling for recognition that capitalism depends on domestic labour is as pertinent as ever.
Photographer Arthur Grace recalls travelling through the Soviet Bloc and finding ways to evade the surveillance of his work.
Writers Gracie Mae Bradley and Luke de Noronha take on the callousness of borders, arguing for a world beyond them.
In the latest instalment of Photographers in Conversation, the chronicler of raves, protests and beyond explains why he’s drawn to such specifically visceral environments.
The singer-songwriter discusses her intimate new project – and the advice she’s picked up across a career as one of rock’s leading voices.
Finland-born photographer Sirkka-Liisa Konttinen looks back on her decades-long documentation of life in Northern England.