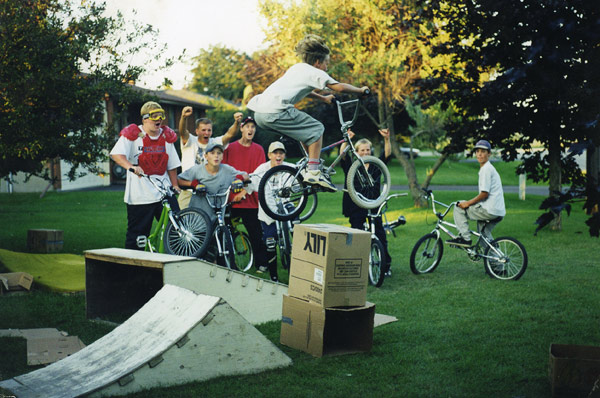 We serve up the latest offering from the Zenga Bros, Odd Future on a ‘70s TV timewarp, a surprise appearance from MF Doom and a whole load more.

We serve up the latest offering from the Zenga Bros, Odd Future on a ‘70s TV timewarp, a surprise appearance from MF Doom and a whole load more.

Any week that sees a video drop from off-the-wall Canadian DIY filmmaking troupe the Zenga Bros is a good week in our book. This is one of those weeks. But there’s also a ton of creative music videos that have appeared on our radar over the last seven days. See for yourselves.

Emerging rapper Ocean Wisdom catapulted himself from obscurity to an underground phenomenon when his infectious, lo-fi video for ‘Walkin’’ clocked up over half-a-million views. His latest, Splittin’ The Racket, sees him bursting straight outta the hip hop mecca that is Brighton. Find out more about Wissy’s meteoric rise in his Huck interview.

We love the Zenga Bros. Their nostalgia-soaked video for Columbus, Ohio folk rockers Saintseneca pays tribute to building ramps as a kid, whackiness and anything with wheels on that you can seriously injure yourself with. Some things never get old.

This visual accompaniment to the song of summer 2015 slides in just in time to catch the last knockings of good weather before it slips away for good. One of many cracking singles from Jamie XX’s phenomenal In Colour, this collaboration with Young Thug found its way into sun-soaked sets across the globe this year.

Two totally different visual styles – in fact two different tunes altogether – collide in this weird offering from Tyler, The Creator. The California ripper starts off white-faced, running from a pitchfork-wielding crowd through a surreal, Cabinet of Caligari world before things all get a bit Soul Train. Sporting a strong ‘fro/jumper combo and oozing with his love for music, he’s joined on the mock ‘70s TV set with Syd from the Internet and the rest of the Odd Future crew.

With some dope sampling and effortless but lyrical flows, LA duo TiRon & Ayomari are undoubtedly one of the most under-appreciated acts in hip hop right now. Their “visual conversation piece” for ‘All We Are’ shows the duo’s willingness to think differently, by weaving a variety of documentary-style interviews on the theme of creativity and retro-archive footage together with the standard bars-to-camera.

Sadly this is just the trailer, but its 29 seconds give you a brief taste of what to expect from Eddie Alcazar’s short film FUCKKKYOUUU, scored by FlyLo himself. Few have had the chance to see it yet, but crowds at Sundance’s NEXT Fest and Austin’s Fantastic Fest reported unsettling vibes throughout. We can’t wait to see/hear the full offering.

Straight. Up. Weird. Shit. But if you’ve got a huge messiah complex or ever have nightmares (or fantasies..) about being mobbed by hundreds of bare-chested CGI clones, then maybe this video for De Staat’s ‘Witch Doctor’ will seem perfectly normal…

OK, so not full music video but a trailer for MED, Blu, and Madlib’s collaborative album titled Bad Neighbor. But hey, any outing of ol’ Metal Fingers in animated form is surely worth a mention.

This video has been out for a good while, but as Philly’s most celebrated slacker Kurt Vile dropped his B’lieve I’m Goin Down LP this week, we thought this was worth pulling from the vaults.

Seen anything rad we’ve missed this week? Tweet us @HuckMagazine.

Linkedin
RELATED ARTICLES
OTHER ARTICLES
Filmmakers get all experimental in two new edits that capture the exciting direction that action sports art could be headed.
Artist Lisa Looser resurrects First World War camouflage to give skaters a mind-muddling experience in South West France.