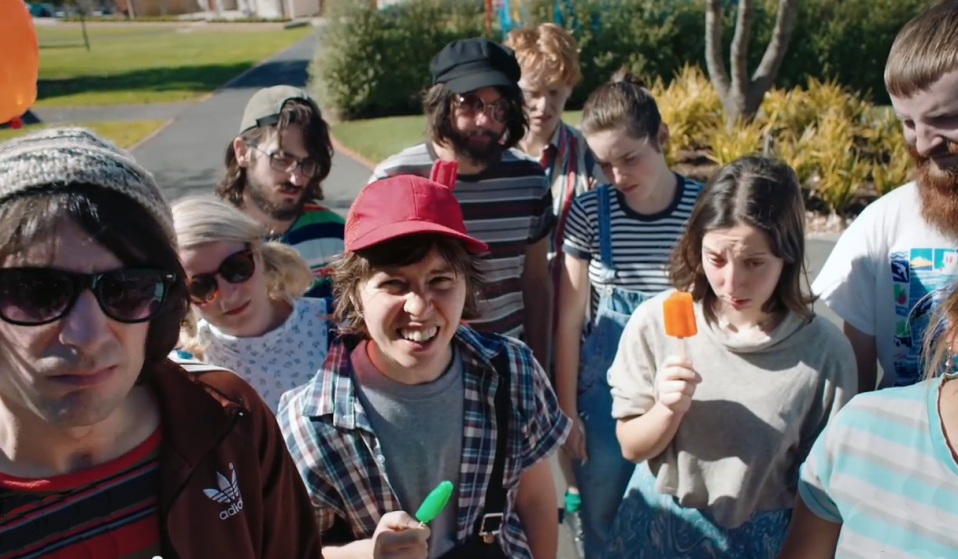 It’s springtime woohoo! That fresh time of the year when lambs are born, Jesus is resurrected and you throw out loads of stuff from your house in an attempt to make room for the summer.

In the spirit of new beginnings, a bunch of great music has been (or is about to be) dropped this month. Here are our faves.

I don’t like shit, I don’t go outside by Earl Sweatshirt

Doris was one of my favourite albums of 2013 and Earl’s latest delivery seems every bit as dark, raw and introspective as that laconic record. I don’t like shit kind of draws you in with all the language of LA club music but pulls the party rug from under your feet. Lines like, ‘I was making waves, you was surfing in ‘em,’ get a standing ovation.

To Pimp A Butterfly by Kendrick Lamar

Kendrick’s highly anticipated follow-up to good kid, m.A.A.d city is a weird, jazzy collection of songs that features field recordings and guests – from Flying Lotus collaborator Thundercat to Snoop Dogg – in an ingenious and unsettling way. It half makes you want to dance and half makes you feel like you have motion sickness.

Strangers to Ourselves by Modest Mouse

Modest Mouse’s first album in eight years is a return to the familiar jangly indie-rock one might expect but as a concept album with an overarching mission to address man’s mistreatment of the planet, Strangers to Ourselves has the added benefit of acting as an audio book with bells.

Sometimes I Sit and Think, and Sometimes I Just Sit by Courtney Barnett

The title made me cringe but if you can get past that Australian grunge revivalist Courtney Barnett and her debut album Sit is a refreshing narrative album that is pretty sweet in its emotional sincerity. Good to put on for the sitting and thinking, and just for the sitting too.

On his seventh album Carrie & Lowell, Sufjan Stevens explores the terrible loss he felt at the death of his mother. In this Guardian article he talks to Dave Eggers about how difficult it was to make, his dysfunctional childhood and how playing the songs live will be a joyful relief.

Kintsugi by Death Cab for a Cutie

His marriage to Zooey Deschanel is over, his bandmate Chris Walla has left him, Ben Gibbard from Death Cab has never had more reasons to feel sad. Which actually makes for a great Death Cab album. And actually first listens to Kintsugi, the band’s ninth album, sound more hopeful than despairing. Death Cab experience all the feelings so we don’t have to.

The Powers That B by Death Grips

I can’t really keep up with what’s happening here. Didn’t Death Grips split up via a napkin that almost #broketheinternet last year? Whatever, this album, due to drop March 31, is one to watch. This track ‘On GP’ is like Fucked Up meets Ratking and that’s just about the tightest combo we could hope for.

Linkedin
RELATED ARTICLES
OTHER ARTICLES
First the labels took a hit. Then the magazines closed. Now it seems the music industry is unstably propped up by free labour. What will happen to this culture if we don't find a new way to pay our artists? Iconic music photographer Pat Graham explores.
Pirate radio, mad jazz and acid house took DJ and tastemaker Gilles Peterson to where he is today.
Is the spirit of the Lower East Side's anti-capitalist underground still alive?