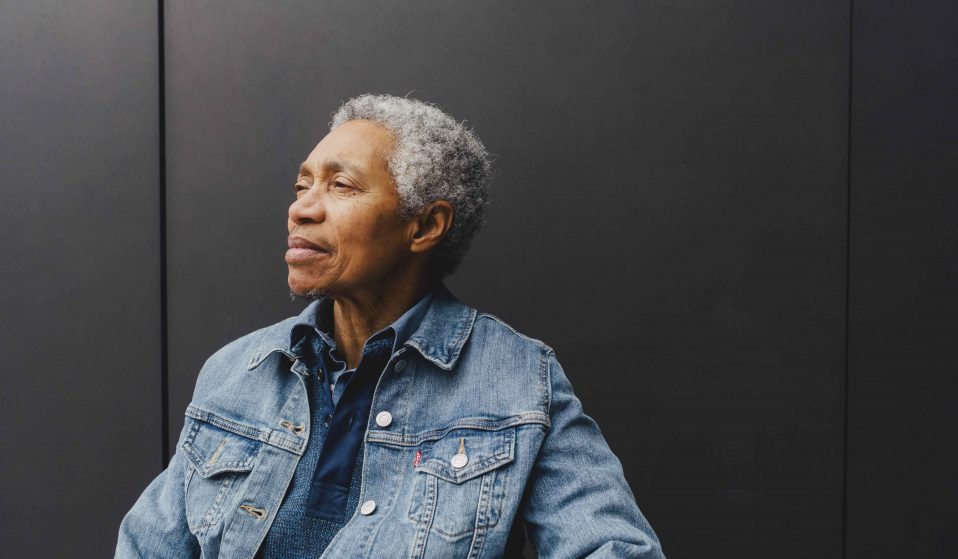 The American musician achieved cult status in his 70s – but that’s just one small chapter in a life unlike any other.

The American musician achieved cult status in his 70s. But that’s just one small chapter in a life unlike any other – a life filled with beauty and trauma in equal measure.

Beverly Glenn-Copeland is sitting in a chair in front of a large window. Behind him the leaves on the trees have yellowed, while others lay scattered on the floor. He swings his arms around as he talks to someone off camera.

The footage is from a feature length documentary that explores Glenn-Copeland’s extraordinary life. At 76 years old, he feels like an unlikely figure to have recently achieved cult status. But, once you begin to pick your way through his story, it’s easy to see how he got there.

Born in Philadelphia in 1944, Glenn-Copeland moved to Montreal in 1961 to study music at the city’s McGill University, making him one of the first black students to attend. Faced with hostility relating to his race, gender and sexual orientation he dropped out of university and picked up a guitar. He was, as he puts it, a hair’s breadth away from being “zapped” in the electric shock treatment commonly used to “treat” queer people at the time. After being led to the hospital by his family, he realised what was happening and fled. Many, he points out, were not as lucky. 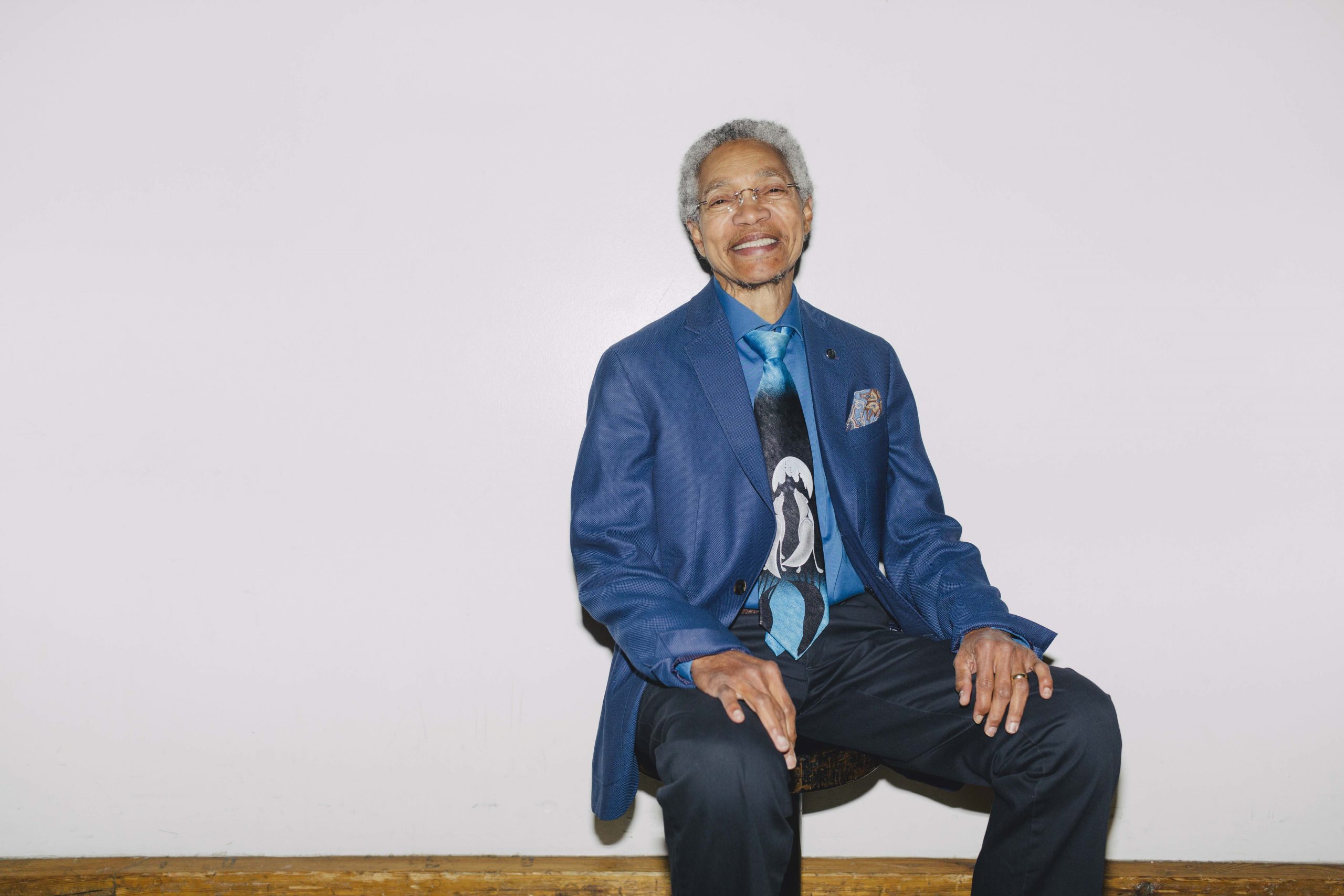 In 1970 he recorded two albums. The first, he professes, is depressive. Glenn-Copeland grew up in a musical household, with his father spending hours every night practicing classical music on the piano. Bach, Mozart and Chopin were his “cradle music” and his abortive move to Montreal was due to see him study ‘German Leider’ (Song Cycles).

“Classical music in the European sense is driven by these big movements, these 20 minute long crashing crescendos, I was still working that out of my system,” he says, talking over Zoom from his home on the North American Atlantic coast. The first album, focussing on death, love and the difficulties of life, gave way to a brighter, more playful endeavour in the eponymously titled Beverly Glenn-Copeland, released later in the year.

But it would be another 16 years before Glenn-Copeland would record again. Now living out in the countryside, surrounded by forest and “actual, wild nature”, 1986 saw him sit down and pen the iconic album, Keyboard Fantasies. The record is just 39 minutes long, with six tracks, and opens with the lyrics, “Welcome the spring, the summer rain.” Produced using some of the earliest drum machines and synthesisers, the album feels like the brush of a branch as you push past it and head deeper into the forest. It was self-released on cassette and sold less than 100 copies at the time. It would be 29 years until it saw the light of day again.

“I just kept writing music and not really concerning myself at all about whether it was ever going to be heard by anybody,” Glenn-Copeland says. “I’ve always been pretty introverted when it comes to the music. For me it’s always been about experiencing having these songs coming through, from what I consider to be the Universal Broadcasting System.” (This system, he says, is the means by which the songs he writes reaches him.)

It was in the ’90s that Glenn-Copeland discovered the term transgender and thoughts around his gender identity fell into place. His relationship with his mother – “[she] had spent all her life being told this was a sickness and something to be cured” – deteriorated until they became estranged. “It became too painful and I rang her and said goodbye,” he remembers.

Almost a year to the day, he woke up feeling forgiving. “I just knew I had to speak to her,” he said. That morning the phone rang. It was his mum. They reconciled, with his mother coming to live with him in her later years. One night, he suddenly felt the compulsion to crawl into bed with her and sing some of “the old negro songs” she would sing to him as a child. Where his father had flooded his world with classical music, his mother had introduced him to the songs of Black American artists. “I got right in bed with her and held her and sang the songs. At the end, she took one breath in, let it out and never took another one.” 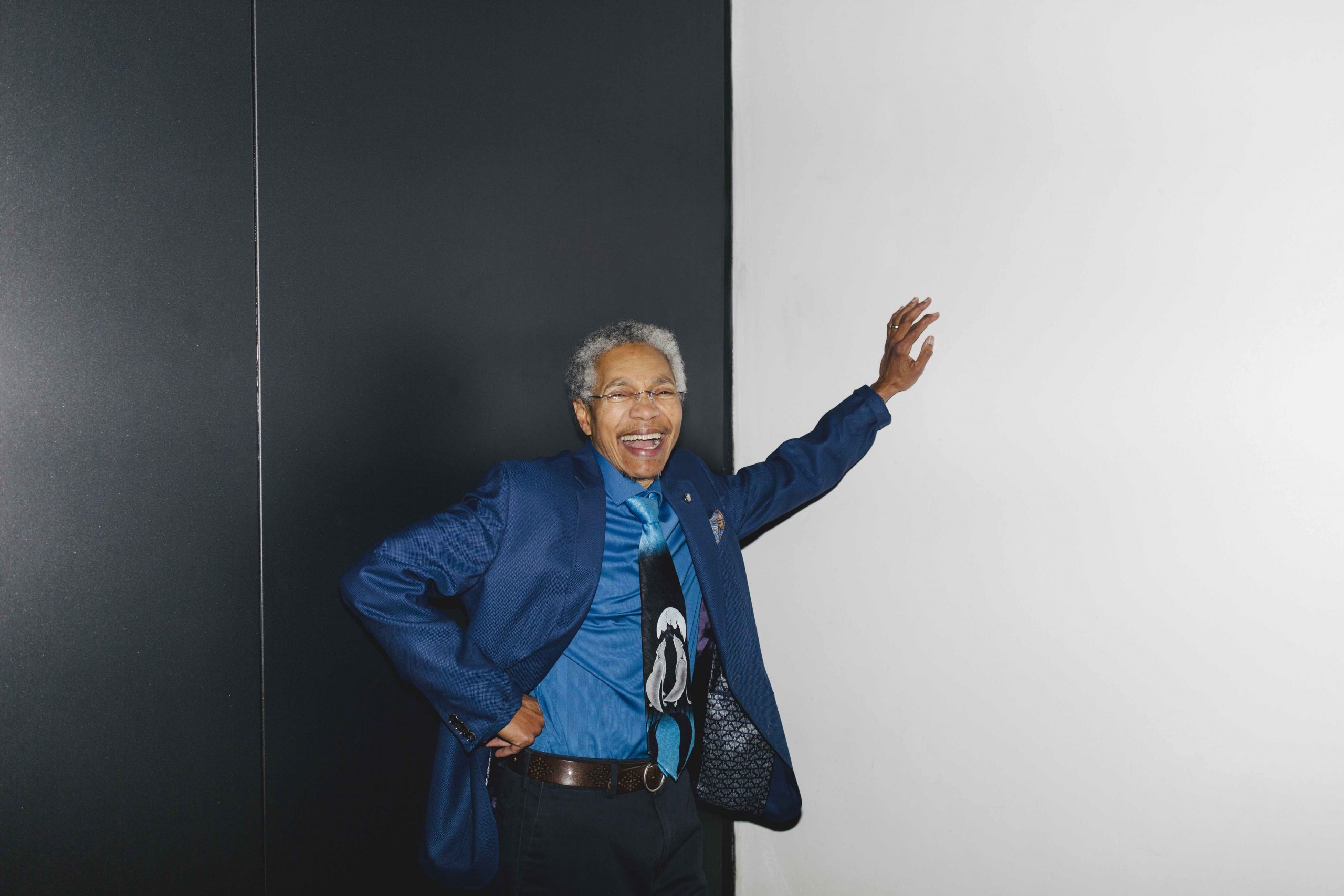 In 2015, Glenn-Copeland received an email from renowned Japanese record dealer Ryota Masuko asking for copies of Keyboard Fantasies to sell. He sent across 50 and they were gone within a week. They asked for more. Soon he was on tour, playing venues across the world, performing songs that had been gathering dust for decades. For an introvert who’d always been unconcerned when it came to others hearing his music, touring the world was a huge sea change. But the stage quickly became home.

“I feel more of a compulsion to be on stage on a spirit level, on an emotion level and on a heart level now. On a physical level I feel like the time for me to be on stage is almost at an end… even though I’m in good shape, I am nevertheless almost 77 years old. I’ve had two occasions on tour where my knee has gone out and I’m limping. I’m not 25, 35, 45, 55 or even 65 any more!”

This brings up an interesting point. Does he feel regret – about what might have happened if he’d found that compulsion or audience when he was younger? “It’s an interesting experience because my own spiritual development is such that if it had happened at 45 I don’t think I would have wanted to go touring,” he says. “I have a deeper connection or appreciation of others now and more importantly the generation that was going to pick up this music, didn’t get born until the late ’80s and ’90s so it really wouldn’t have happened anyway.”

His mother passed away before she would see what would come of Keyboard Fantasies, and of her son as an artist. But he doesn’t feel any sadness about that, either. In fact, he believes she’s been in touch with him ever since she left the earth. To illustrate the point, he tells a story about when he was out shopping one day, walking with a cane that once belonged to her. Out of nowhere, a woman appeared and asked if she could take a look at it.

“She didn’t touch it, she just ran her hands up the sides of it before saying, ‘It’s beautiful, thank you,’” he remembers. “I didn’t think anything of it. But then, half an hour later, I left the store and was on my way to the car and this woman came running out to the parking lot shouting, ‘Just a minute, just a minute! I have a message from your mother!’ She then proceeds to tell me all kinds of things she couldn’t possibly know. She said my mother was saying, ‘You know that project that you put on the shelf, you need to take that off the shelf – you need to get going on it!’”

That project, Transmissions, would come to be the first piece of new music he’s released in over 15 years – and you wonder whether his mother is directly responsible for that. The love he has for her is matched only by that that he feels for his wife. As we wrap up, I ask Glenn-Copeland if there was anything he wanted to talk about that we didn’t get chance to discuss. He replies without a beat. “I want to say thank you to my wife Elizabeth Copeland.” 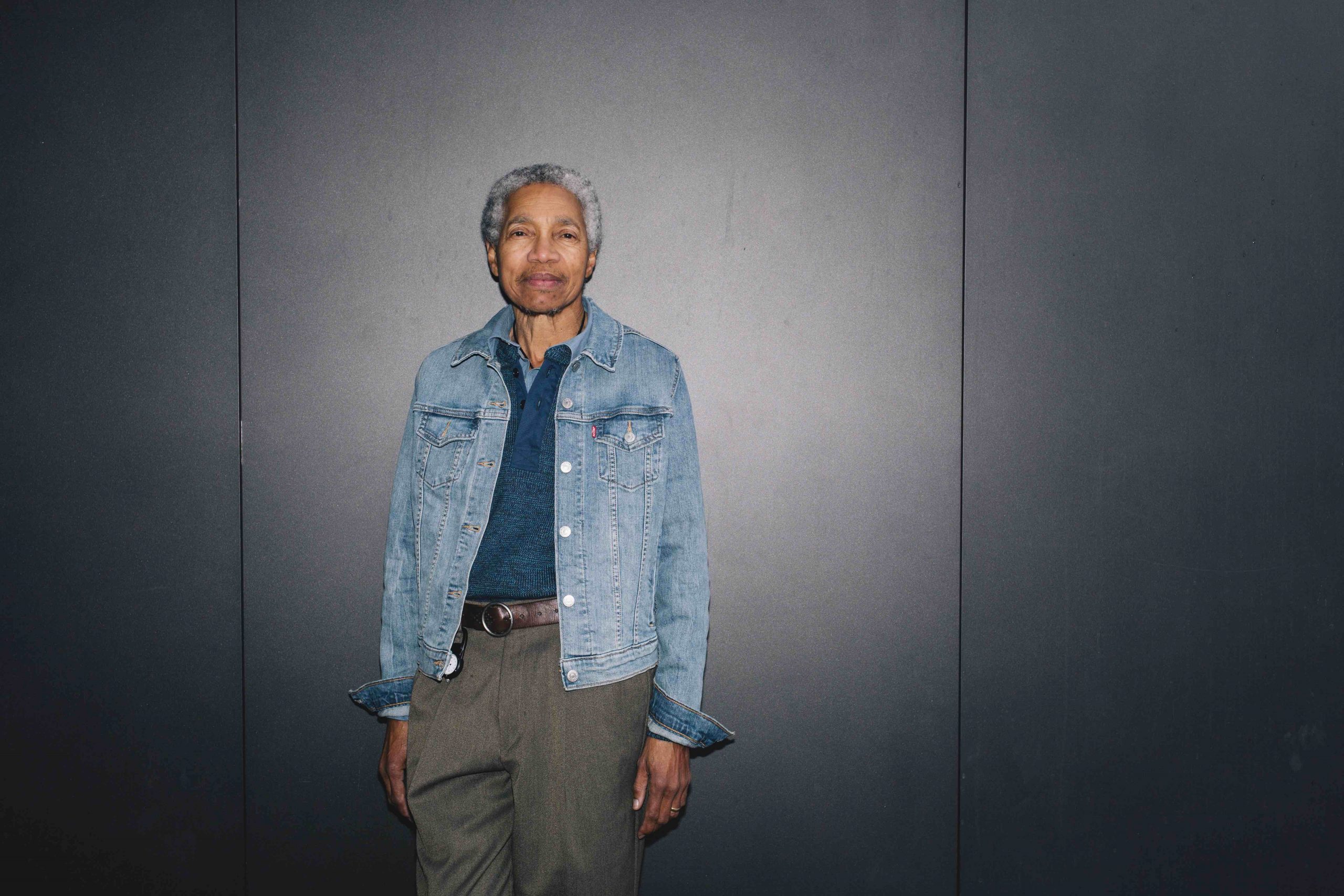 Every story that Glenn-Copeland tells is lit brightly by the joy that emanates from him. The laughter and the exuberance that peppers his movements doesn’t always marry up to the sadness or trauma that runs through parts of his life. As I look back over our conversation, trying somehow boil down everything he is, everything he’s done, one thing quote from him that keeps turning over in my mind.

“Life has got both joy and pain in it for most of us. For some people it has way more pain than joy and for others way more joy than pain but the expectation of life is that there will be difficult times and there will be joyous times.”

“Ultimately what I really want to accomplish with my life is to come to a point, preferably before I am dead, where my perspective is that I am simply joyous to be able to be alive. I’d really like to get to the point where I really feel joyous that I got to see this amazing reality.”

Transmissions is out now on Transgressive Records.

Linkedin
RELATED ARTICLES
OTHER ARTICLES
A group of aid workers face prison for helping to save people fleeing their homes at sea. If they are charged, it will have a chilling effect on humanitarian efforts.
A new law change is enabling Britain’s donor-conceived children to know the truth about their origins – but campaigners say the fertility industry must do more to protect people.
A new podcast is opening up the conversation between trans women and trans amorous men in the hope of building coalitions.
Yohon Tatum, aka Legendary Father of the House of Tisci, reflects on nurturing a new generation of talent.
After blocking the Scottish government’s gender recognition reform bill, Westminster is now devising further changes to the law to make it harder for trans people to self-identify.
Campaigners reflect on what the supreme court’s decision to allow buffer zones in NI means for the future of reproductive rights in the UK.