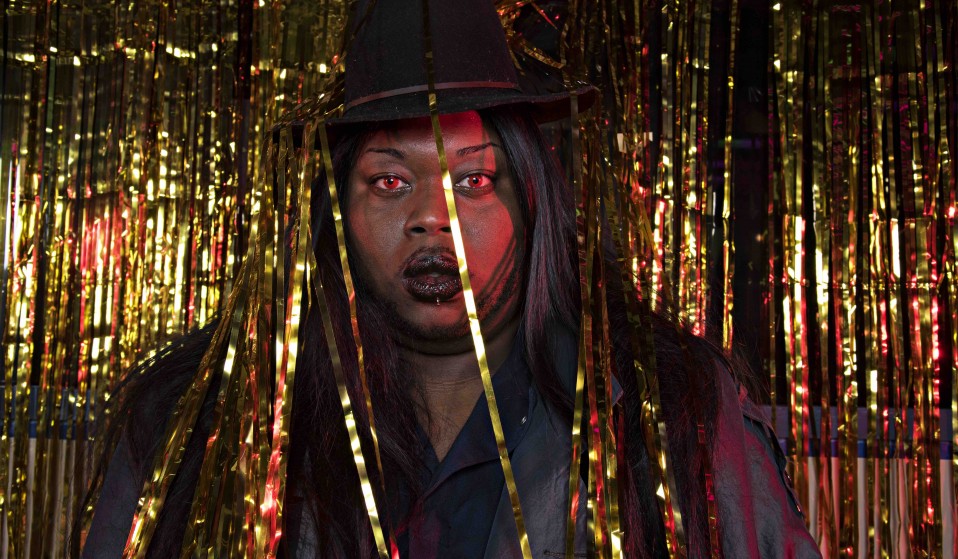 Rapper Big Momma, aka Maurice Montgomery, has always been something of an outsider. As a child he was fascinated by serial killers, bullied by his peers, the only black kid on his scene. With an aesthetic he describes as a combination of Lil' Kim and WWE's The Undertaker, his music sings to a harrowing past and a difficult future.

Rapper Big Momma, aka Maurice Montgomery, has always been something of an outsider. As a child he was fascinated by serial killers, bullied by his peers, the only black kid on his scene. With an aesthetic he describes as a combination of Lil' Kim and WWE's The Undertaker, his music sings to a harrowing past and a difficult future.

“Big Momma’s not a monster but I’ll rip your fuckin’ face loose. Have your shit leakin’ blood, spewin’ like it’s baby puke… Servin’ notes to these rappers, there ain’t no faggot who’s realer.”

The first time I heard those lines snarled by Big Momma, a Florida rapper guesting on Cakes Da Killa’s ‘Break ’Em O ’, it hit me like a sucker-punch. I was en route to a warehouse party in Paris, feeling bored and alone.

Hearing rappers, gay rappers, reclaiming the word that had been spat at me too many times, in too many places, before too many homophobic attacks, was nothing short of an epiphany. Here was someone rapping about sacrificing straight guys he was in love with and resurrecting them as gay lovers, before proudly crooning, “Ain’t nothin’ wrong with a little bondage.” He gave voice to desires, fantasies, and a deep-seated rage I had never been able to articulate.

“I like to think of myself as the voice of the voiceless,” says Big Momma, real name Maurice Montgomery. “I have a thick skin, I’ve been through it all, but some of these kids don’t have that.” 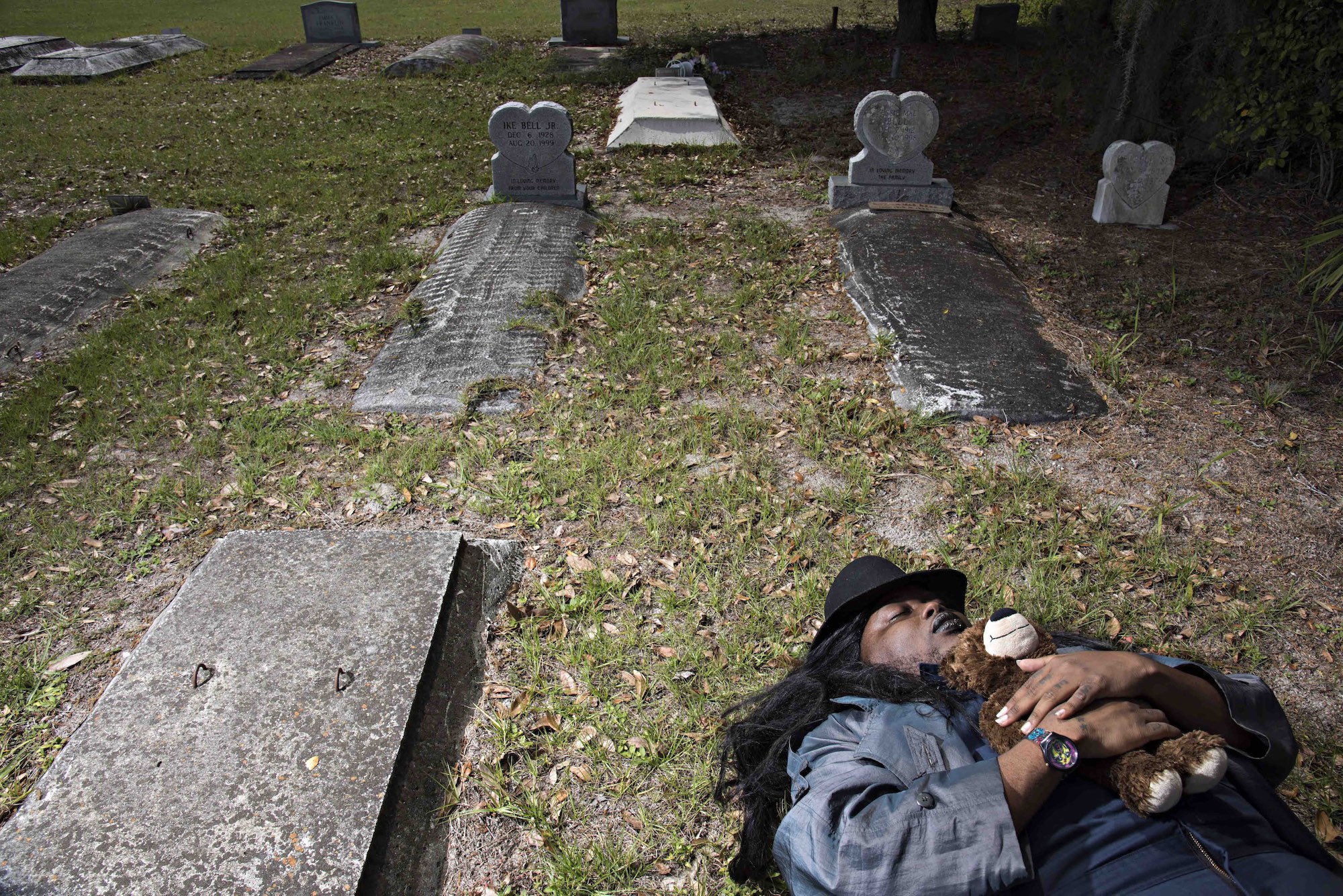 Maurice’s compassion for marginalised kids may seem the antithesis of his violent lyrics, but it all stems from the same place. As a punk tee-wearing, nail-painting, hair-dying Marilyn Manson fan, his teenage years weren’t easy. “I was the only black kid doing that. I was an outsider,” says the twenty-seven-year-old, talking over FaceTime on his way back from the barbershop. Throughout his teen years, he struggled with bullying and was almost pushed to suicide. But the abuse extended beyond the school gates.

‘Sodomy’, one of the most confessional raps of the last decade, narrates Big Momma’s rape at the hands of someone close to his family. “That wasn’t something that I made up. I was actually raped. I made that song because I knew there had to be someone across the world who had been raped by a family member. It was about saying, ‘It’s okay, you’re strong enough to get over it. You’re strong enough to surpass this.’”

The strength required to overcome that trauma, let alone rap about it, is admirable. But the teenage Maurice didn’t always feel strong enough to cope. His obsession with psychopaths and serial killers, continually referenced in his work, is rooted in his own struggle for identity. He recognises the things that might drive a person to violence. 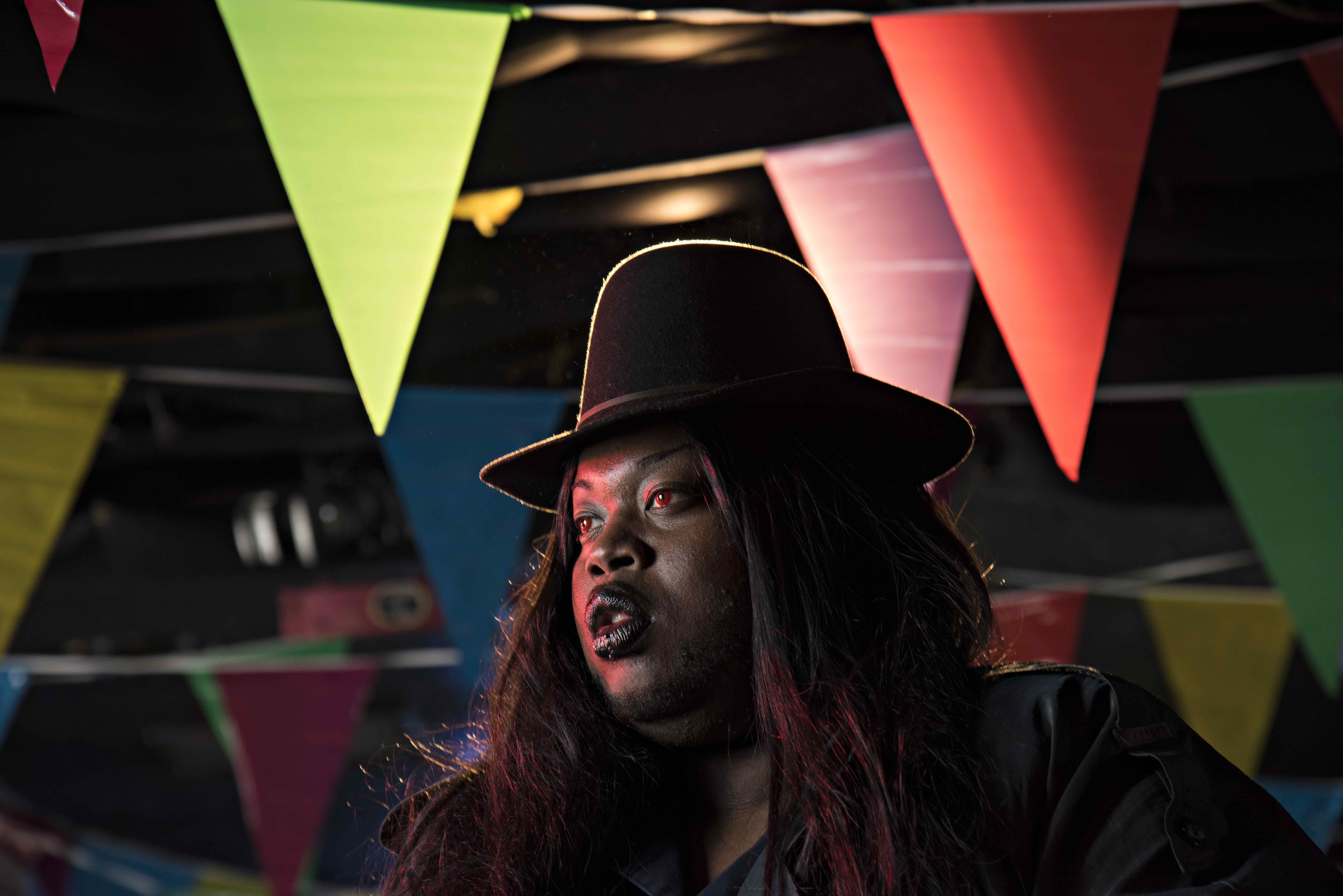 “I almost brought a gun to school and I almost killed all of the kids who picked on me,” he says, clearly hesitant to make such a revelation. “I was normal… and what drove me to want to shoot up all the school was [being] picked on. I wish I had the chance to interview [serial killers], just like you’re interviewing me. I wish I could talk to them, to see what it was that made them do this to their peers, because they were normal people.”

That brutal honesty is a constant in Big Momma’s lyricism. It’s one of the things that sets him apart from other rappers – nothing is off limits and there’s never any sugarcoating. “I will say anything,” he acknowledges. “If something happened to me that I feel could potentially happen to anyone else, I want to put it in a song. I want people to know.”

In Big Momma, Maurice has created a persona that acts as a liberating alter ego. Music has been “a kind of therapy,” he says, and Big Momma – all heavy eye makeup and fierce wigs – is “a kind of escape”. “Rap saved me from a lot,” he adds.

But the schism between person and persona is clear. Behind the hyper-sexual, cannibalistic lyrics and demonic aesthetic is a pensive introvert committed to representing outsiders – someone determined to rap about his life, no matter how dark it gets.

“The reason that I use fear so much is because I feel that [by] me being this demonic figure, I’m respected. And that’s all I want,” he says, our eyes locking on screen. “Respect.” 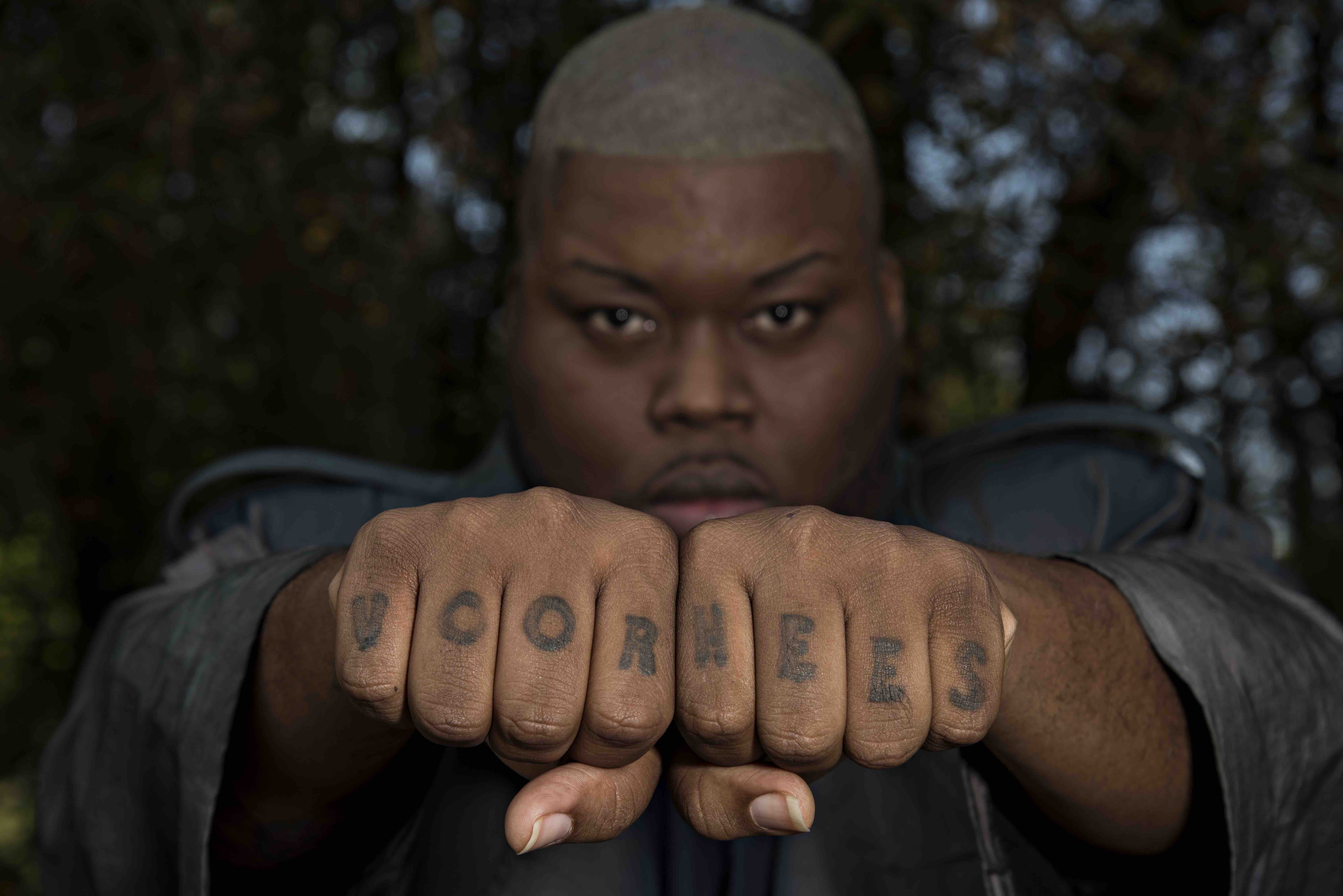 That need for respect stems from the difficulties of being gay in a straight man’s world. Being labelled a gay rapper was “a cute tag”, he says, but ultimately senseless and unnecessary. “I started noticing that they were more worried about my sexuality than my talent,” he adds, echoing a complaint aired by many rappers, from Frank Ocean to Angel Haze, Le1f to Mykki Blanco.

Still, ignoring the sexuality behind Big Momma’s work is as reductive as focusing on it. Samples from Paris is Burning (a documentary chronicling New York’s ballroom subculture in the ’80s) woven through Maurice’s work pay homage to his idea of queer culture – a sharp contrast, he feels, to its muddied appropriation by straight artists.

Linkedin
RELATED ARTICLES
OTHER ARTICLES
A recent High Court ruling against the right to wild camp in Dartmoor National Park sparked the largest land protest in history – and campaigners say their fight is not over yet.
Social prescribing connects people with non-medical support to improve their health and wellbeing – but some experts worry it’s just a stick plaster solution.
The action took place in response to the 200 asylum-seeking children who were placed in hotels run by the Home Office who have gone missing.
A new film from Berghaus traces the story of Adam Raja, who left behind a turbulent upbringing to discover the healing power of climbing.
After blocking the Scottish government’s gender recognition reform bill, Westminster is now devising further changes to the law to make it harder for trans people to self-identify.
AI companies that develop image-generators using copyrighted artwork from the internet are coming under fire from artists who say that it amounts to theft.