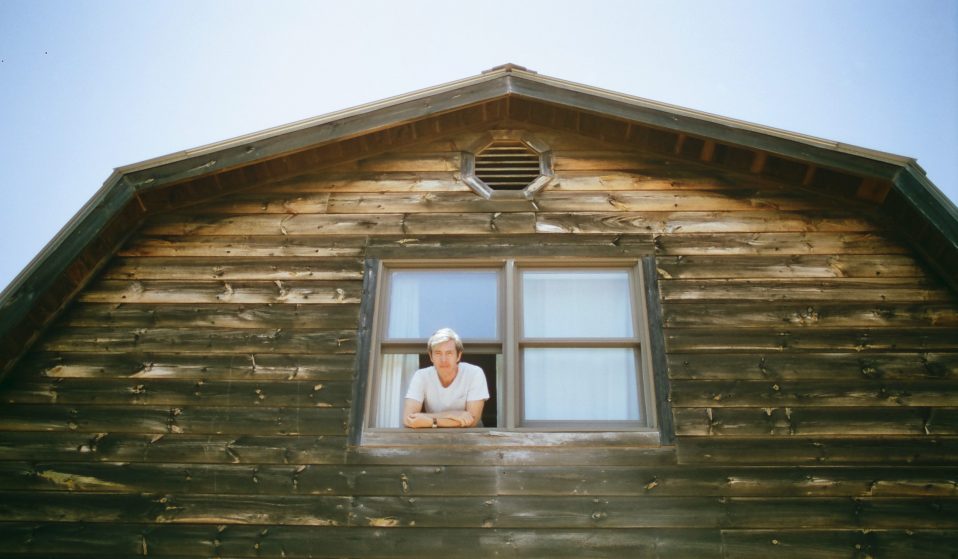 The inimitable singer-songwriter talks protest, parenthood and how he was inspired by Tierra Whack.

The inimitable singer-songwriter talks protest, parenthood and how, when it came to releasing new music, he was inspired by American rapper Tierra Whack.

Bill Callahan is not only a mordent troubadour, he’s also a man of letters. Ten years ago, he wrote a novelette in the form of 62 epistles, titled Letters to Emma Bowlcut. It was an acclaimed literary debut, though it’s Callahan’s day job as a singer and songwriter where he’s made his real legend. Nevertheless, he enjoys communicating through writing, and it’s how we communicate for this interview today.

“I like variety,” he says, via email. “Writing brings out other things. I don’t know why people are averse to email interviews, like it’s somehow keeping the subject at arm’s length. Quite the contrary in my eyes.”

Over a 30-year career, Callahan released eleven albums under the alias Smog, and then six more under his own name from 2007 onwards. From lo-fi beginnings, the cult following has grown and grown, thanks to Callahan’s dry wit and subtlety as a songwriter, as well as his cosy, baritone voice. Broadly speaking, the Smog back catalogue was written during more itinerant, turbulent times personally, while his eponymous work seems to be more settled.

Recently he took a six-year break from recording to spend more time with the family, after his wife, filmmaker Hanly Banks, gave birth to their son. Callahan returned to releasing records last year with the double album, Shepherd In A Sheepskin Vest. To his fans’ surprise and delight, he has followed it up almost immediately with Gold Record, an LP made up of ten singles which arrive on people’s streaming platforms every Monday morning for as many weeks.

Callahan and his label Drag City had the savvy to stream Shepherd In A Sheepskin Vest a side at a time ahead of its release, allowing for a long and slow burning collection of songs to gently seep into people’s consciousnesses, and this time they’re taking it a song at a time. Callahan may not seem your typical digital innovator, but his recent approaches have turned heads.

Did you spend time thinking about how people digest music these days?
I did. Streaming is a new way of presenting music and it’s hard to get excited about it. Is immediate gratification really gratification? If you could learn a new language by taking a single pill, would you really know the language? Would it be a part of you? That said, I was inspired by Tierra Whack who was releasing a song once a week for a while. And with Gold Record, the songs stand up on their ownsome. Furthermore, it’s given me and my label pause to focus on each song with a different bent.

Why did you do a new version of ‘Let’s Move To The Country’? Has the meaning of the song changed for you given that you were moving around so much when writing and recording Knock Knock in 1999? Is this interpretation a more heartfelt one?
Both are heartfelt. I resurrected the song a couple years ago to play it live. It’s always been enjoyable to play live. It sounds different from the rest of the set, but due to my circumstances changing it felt strange to sing these incomplete sentences that are in the original version, so I just finished them, as I did in real life. And added a new dimension. 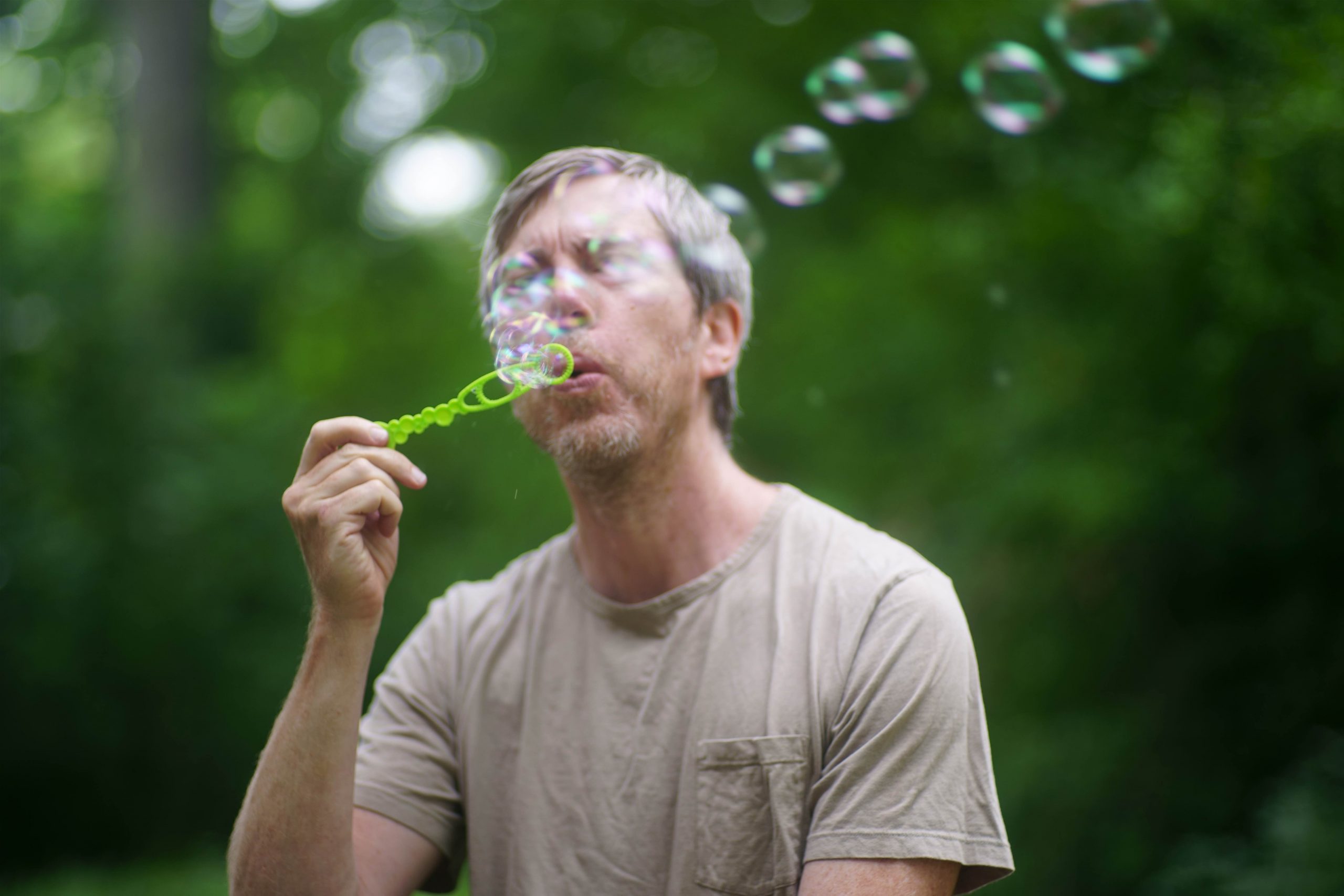 By ‘circumstances changing’ one assumes you mean domesticity. Having a three-year-old son is magical, though I find myself reaching for the usual superlatives and clichés that parents spout about their kids. I wonder if that played a part in your six years away from recording?
Kids are so helpless, they can take every moment. Mine is also very social and physical and doesn’t like to be alone. I think I was so swept up into this new thing that there was no headspace available for putting words together. While walking and rocking my baby to sleep and being sleep deprived to the edge of sanity, I would tell him the most psychedelic bedtime stories again and again. I impressed myself with these crazy stories and always thought I should write them down. I never did because I was too tired and forgot them all. Maybe that is where my creativity was being entertained those days.

‘Pigeons’ is one of the warmest and loveliest songs I’ve ever heard, but I must confess that as a recovering alcoholic I hate weddings – mainly because small talk is inescapable. Does the character in the song enjoy them because he’s serving a purpose – driving a white limo – meaning he has something to do?
I’ve been to a ton of weddings in the last few years. I tend to have some hate for them too. There is nothing to do… but witness. Witnessing is hard! It’s kind of a selfless, suspended place to be. You meet so many people you’ll never see again, you can’t keep the relatives straight… But if it’s two people that you love then it makes it more of a place you want to be. In the song the narrator is peripheral. He’s waiting to whisk the newlyweds away from that place, so he is removed. The married couple probably wants to get away, for it to be over, so he’s kind of a saviour and hero and a spirit guide to the next place.

On ‘Protest Song’ you end up protesting another singer’s protest song. Do you think protest songs are intrinsically worthless or do you just think bad protest songs are?
Generally they’re brittle due to their standing up so straight and tall. And they’re usually addressing a specific moment and their strength is the moment. The moment that passes. The best protest song was something Mayo Thompson [of the Red Krayola] taught me about men protesting their baldness: “We shall over-comb.”

Are you a political animal? Perhaps the image of Bill Callahan sequestered away with an acoustic guitar somewhere doesn’t fit with an image of someone consuming news and tearing up twitter, but politics is difficult to avoid in this day and age.
It’s difficult, but you can also just disconnect and live a peaceful, good life and just check in every couple of days to get the real news. We aren’t made to know what is going on everywhere every ten minutes. Focus on your family, friends and neighbours. I don’t believe in sequestering. I mean, you need input, not just the ouroboros of the self. If all the consumption is going to resolve itself into a great novel, or an article, or a film then I can see it’s worth it. Or if it’s going to make you a civil rights crusader, right on! But if the news of the world is just going to eat you alive then maybe you should small dose it. 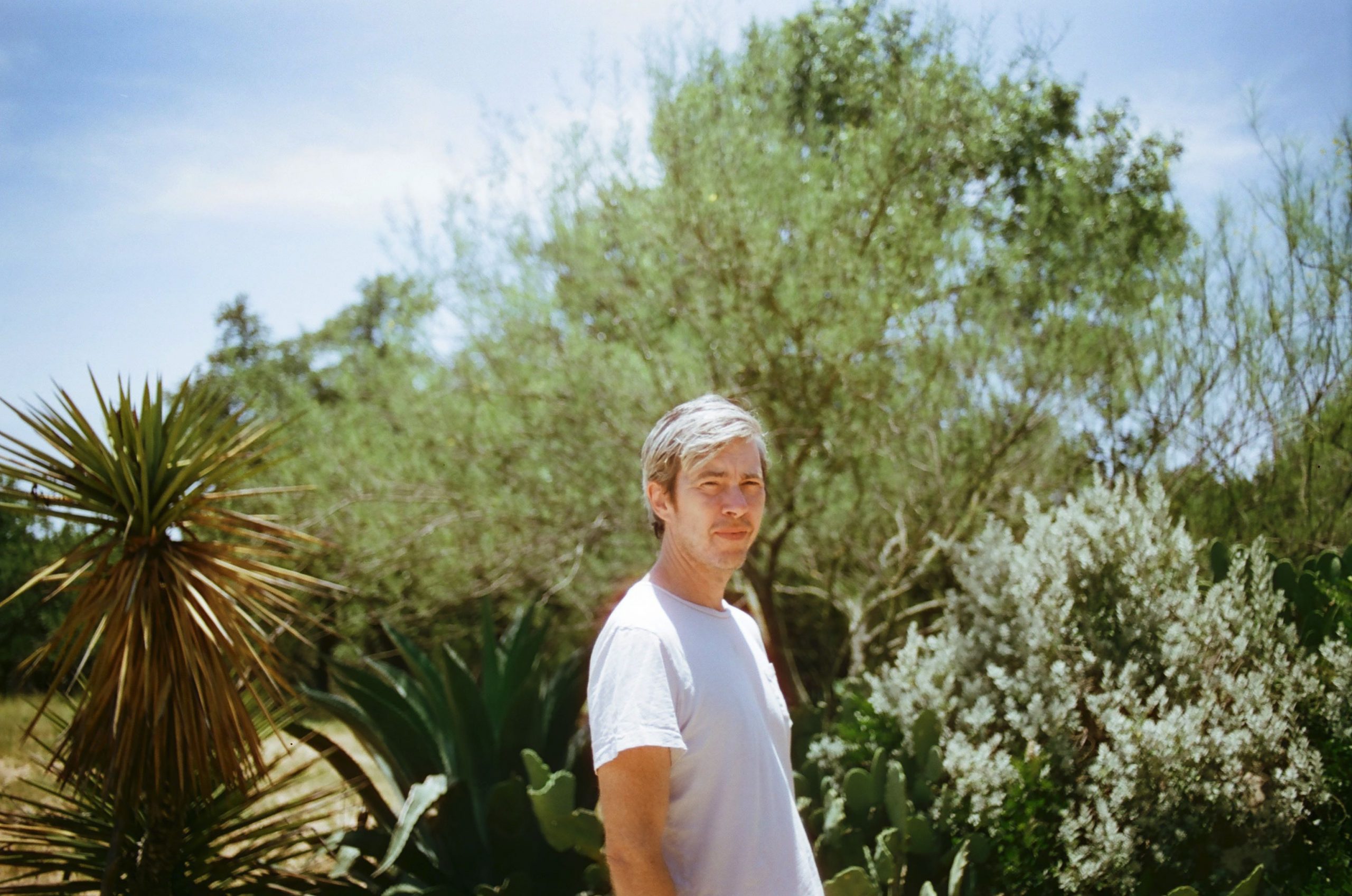 Letters to Emma Bowlcut is an entertaining read. Was it conceived in order to amplify the writer’s self-concern, given that we never see the replies, a reflection of the egocentricity of modern culture?
That was not my intention. It was an effort to make a portrait of a human by using the depth of mundanity and the humorous perspective that can be used to depict our plights.

In the novel you say [to Emma], “I should have come and seen you when it was easy.” Is there anything you wish you’d done before lockdown?
Oh man. It really depends how long it goes on for. Luckily I went to the dentist just before it started. I would like to go to Hawaii but that’s not going to happen anytime soon. My dad is stuck in a nursing home with no outside visitors allowed but it doesn’t bother him.

You often sing about rivers. Is it the Heracletian idea that you never step into the same river twice, or have you just lived by a lot of rivers?
Oceans are special. Like brains or gods or women. Rivers are more kinda everyday transcendence. Every day is a river. They are useful to us. Humans are rivers.

Gold Record is out 4 September on Drag City.

Linkedin
RELATED ARTICLES
OTHER ARTICLES
Sean Maung’s photos are a love letter to the Black and brown communities that make up New York.
By turning a real-life crisis into daytime television fodder, TV bosses have once again shown themselves to be completely out of touch with audiences.
The idea that a younger generation is abandoning work has become a popular narrative online, but it doesn’t necessarily reflect reality.
The two-day long event returned to London this year, showcasing a spectacular parade, steel bands and Caribbean food.
Cindy Campbell recounts how her brother ushered in a new era of musical culture at a party she held in the Bronx in ‘70s.
A new project is documenting formerly incarcerated people as they transition back into civilian life.