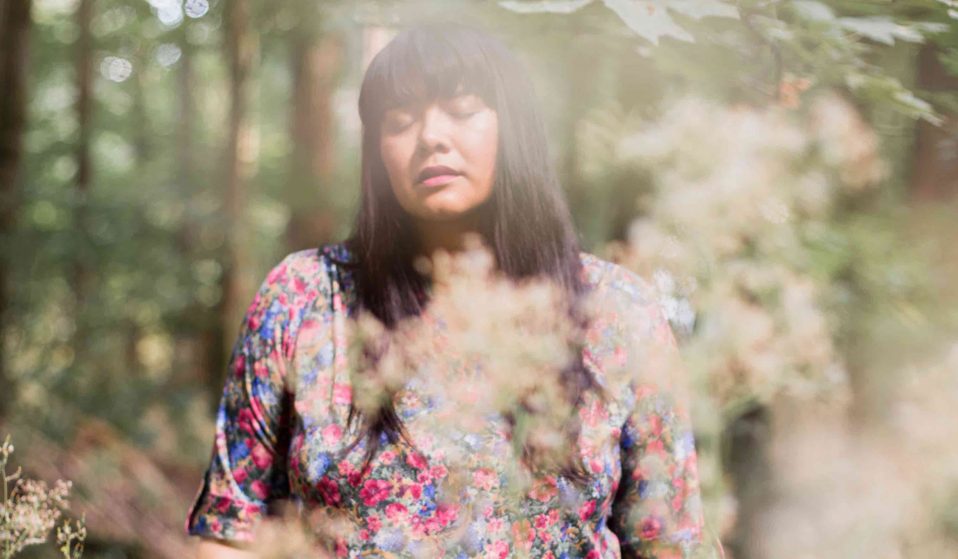 Katherine Paul burst out of Portland’s underground scene. Now, operating on a much larger platform, she’s determined to make a positive difference for marginalised voices.

Katherine Paul would like to make one thing clear from the very beginning: she had a normal, happy childhood. “I’ve read so many interviews with musicians and they’re so angsty, like, ‘Ugh, my dad took my guitar away and it was so rough,” she says with a laugh, rolling her eyes for effect. “But I had the opposite. I had a really supportive and encouraging and beautiful upbringing.”

Best known as Portland-based artist Black Belt Eagle Scout – a self-identifying radical, queer, indigenous feminist – Katherine, 30, grew up on the Swinomish Indian Tribal Community reservation in northwest Washington State. A “magical” place covered in cedar trees and evergreens, bordered by the Salish Sea, it saw her surrounded by music from an early age. As a kid, she would accompany her father, uncles and grandparents as they performed together at different pow wows – social gatherings held by indigenous communities in North America – dancing along as they played.

It wasn’t until much later, though, that she first started making music herself. Despite receiving her first guitar at the age of 13, she initially found the writing process difficult to navigate. “I knew I wanted to write songs and be in a band but I wasn’t really sure how to do that,” Katherine recalls. “I remember this one particular night when I was sitting in my bedroom and I was trying to write some stuff, but it sounded too pressured. It didn’t sound like myself.”

It took her until she was 16, when she spent a summer in Portland, Oregon, at the city’s ‘Rock N Roll Camp for Girls’ – a non-profit scheme which aims to empower through music – to feel comfortable enough to try again. It was there, surrounded by like-minded young women, that she felt she was in the right place to begin finding her own sound. “For the first time, I saw music as accessible. I felt validated in that space.”

Being in Portland also opened Katherine’s eyes to the breadth of music coming out of the the Pacific Northwest. When she eventually returned home, she began avidly researching on her parents’ computer (“they had finally just got the internet!”), spending hours familiarising herself with the riot grrrl movement, Hole and Nirvana. Following that, she moved the record labels in Washington State – which introduced her to contemporary acts such as Mount Eerie and Sleater-Kinney. Enthralled, she threw herself into discovering equivalents within her local Washington scene, attending as many gigs as she could at the local all-ages music venue (aptly named the Department of Safety).

After finishing high school, heading back to Portland felt like the only option. So in 2007, Katherine relocated, enrolling in a liberal arts college in the city. Within a few weeks of arriving, she was playing in a band and gigging everywhere that would let her – basements, living rooms at punk houses, even the local bike shop. Upon graduating, she stuck around, getting a job at the famous Mississippi Studios venues where, night after night, touring bands would come through, play shows and get paid for it. Seeing that it was possible to make money from music, she continued chipping away at the project that would eventually become Black Belt Eagle Scout. 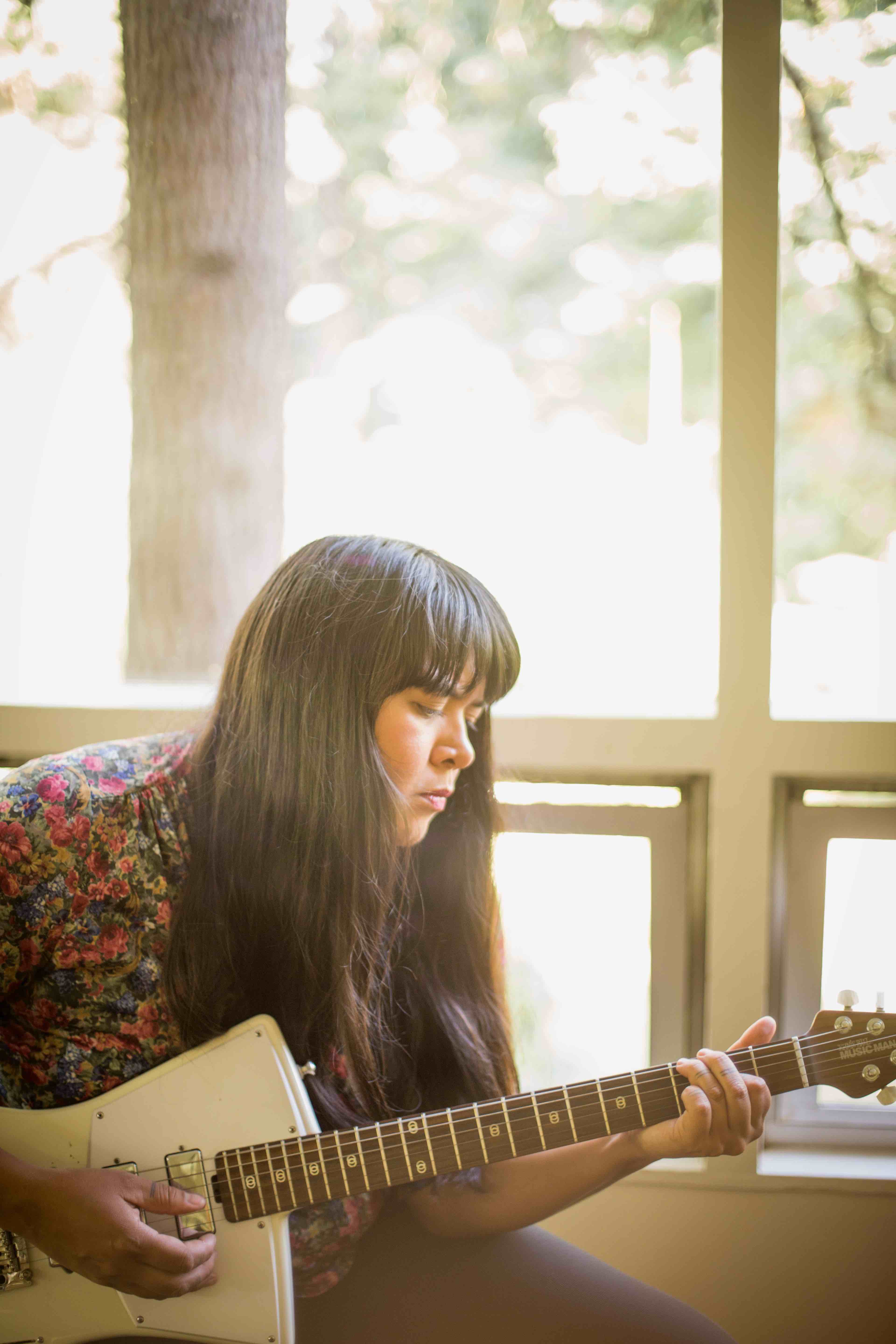 After a prolonged period of graft, a small local label released her 2017 debut, Mother of My Children – a hazy inquiry into loss and longing – which was picked up and reissued by Saddle Creek a year later. The album was met with critical acclaim, propelling her from a relatively unknown local artist into someone who did interviews with music magazines. “It was weird,” says Katherine, recalling the moment things began to take off. “Because there are so many bands in Portland and not everyone gets that opportunity. It didn’t seem like something that was possible until it actually happened.”

It’s a way of looking at her career that’s completely typical of Katherine. Throughout the conversation, she’s frequently modest, often undercutting serious topics with a joke. While she’s confident enough to know that her music is good, she’s aware that talent isn’t always enough to make it.

In that sense, it’s indicative of her personality that she’s used her platform as Black Belt Eagle Scout to try and make a difference for others. When it comes to live shows, she opens every US gig with a land acknowledgement, paying respect to the original inhabitants. On her next tour, she plans to invite someone from respective local indigenous communities to do it for her. “It’s not worth doing land acknowledgments if it’s just going to be performative or a perpetuation of white settler colonialism,” she says. “If you’re not involving native people and paying them then it’s not going to be meaningful.” On top of that, she’s also working on a zine that’ll have resources for fans looking for more information on local indigenous communities.

Her second album, At the Party with My Brown Friends, dropped as summer 2019 came to a close. Featuring more melodies and hooks than her debut – “That album was all noise and feelings” – it sees exploring ideas of connection and belonging with trademark sincerity. Its title, she says, is both literal and philosophical. “It’s that thing of being at a party and the first thing I want to do is talk to someone who looks like me and be at ease. It’s [about] what it’s like to navigate the world, especially with what’s happening in the US with the current government.”

She thinks about this idea a lot. As one of the few indigenous Americans receiving media attention in the contemporary music sphere, the responsibility Katherine has as Black Belt Eagle Scout to use her platform is something that’s been on her mind a lot recently. “I think about it every time I’m doing an interview or releasing something – sometimes I struggle with the responsibility,” she says.

“I’m so down to do it and it’s an honour to stand up and speak out about things I care about, but sometimes I have to answer for things white people don’t have to answer for. Is feeling that responsibility a brown-person thing? Do white people think about that?” Catching herself thinking out loud, she breaks into a laugh. “Those are… tricky questions!”

For Katherine, community is at the heart of everything. Whether it’s through Black Belt Eagle Scout or other avenues, she wants to continue facilitating that. While there’s definitely a third album in the works, she’s not entirely sure what will follow. One dream, however, is to own a recording studio, allowing her to provide a literal space for marginalised people to come together and make music. It’s an image of mentorship that’s suitably fitting. “I need my support system to be full of my friends of colour,” she says. “I need brown people in my life. I need brown people creating music.” 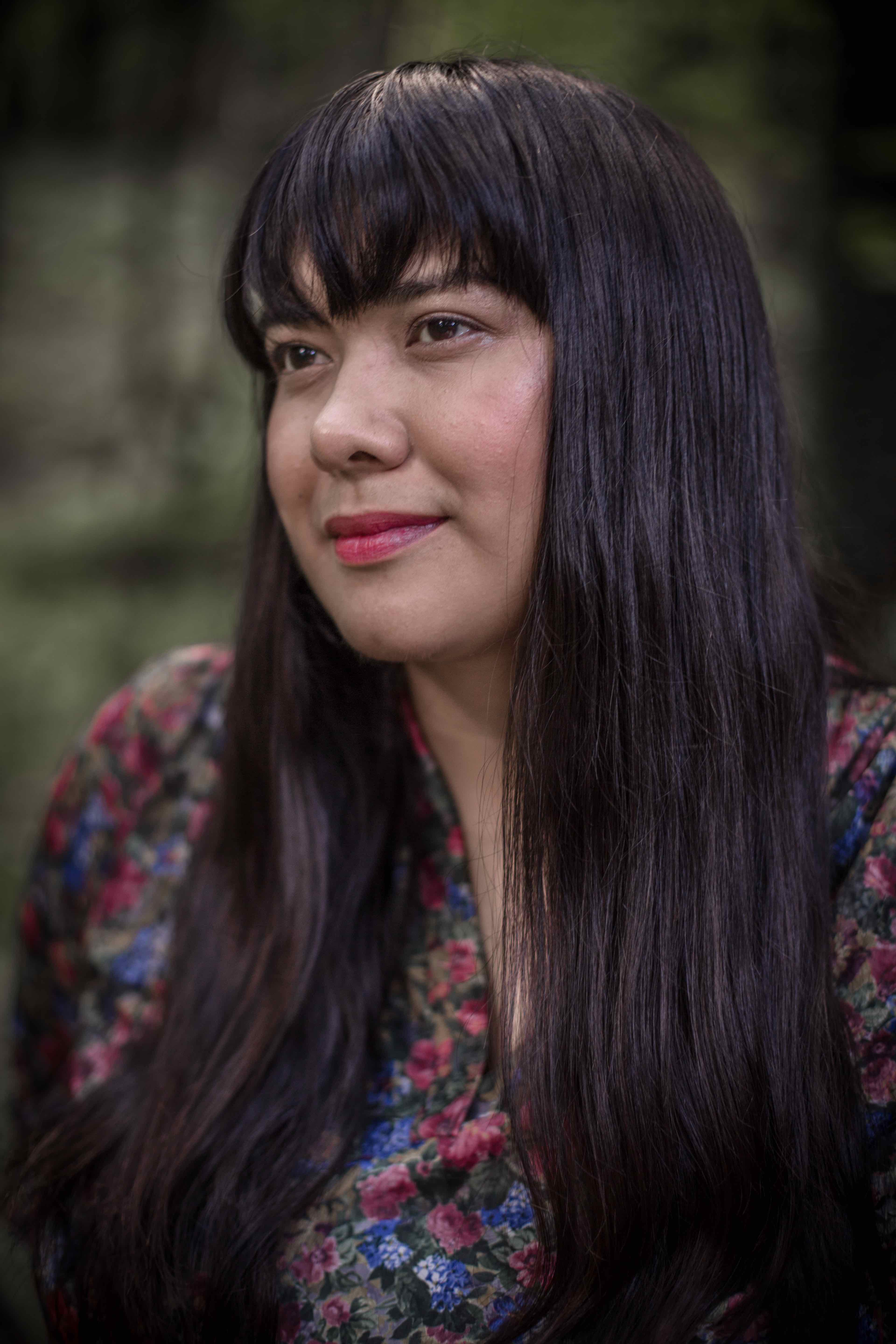 At the Party with My Brown Friends is out now on Saddle Creek.

Linkedin
RELATED ARTICLES
OTHER ARTICLES
A group of Ukrainians living in Poland are helping Ukraine withstand Russia’s brutal invasion by buying supplies and shipping them directly to the war’s frontlines.
To mark the anniversary of the mass trespass of Kinder Scout, a group of hikers came together with the intent of creating a new, fully inclusive culture for rural spaces.
The photographer recalls working with some of the biggest names in the business – from Salt-N-Pepa to the Sex Pistol – at a time when music magazines played a powerful role in shaping the scene.
Over the weekend, London locals came together to resist a pre-planned police raid targeting delivery drivers.
Shifting the focus from the cost of living crisis to tackling obesity while many starve or freeze is farcical and pointless, writes Fatzine founder Gina Tonic.
After news broke last week around an expected reversal of the 1973 landmark law that made abortion legal in the US, protestors gathered in the UK in support of American women.