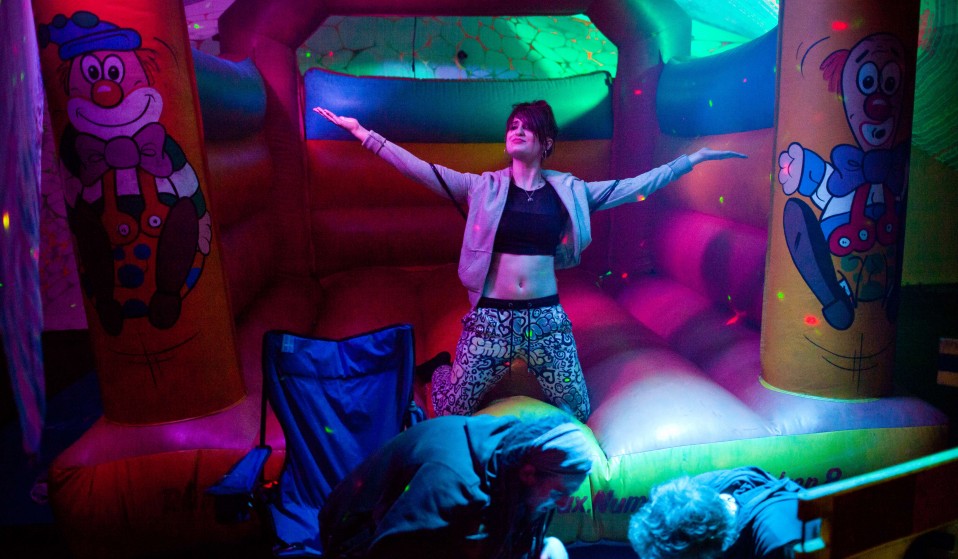 A new documentary explores the rise of acid house culture in northern England; drawing parallels between Thatcher’s Britain and the Tory-inflicted austerity of today.

A new documentary explores the rise of acid house culture in northern England; drawing parallels between Thatcher’s Britain and the Tory-inflicted austerity of today.

Being a young person in the late ’80s wasn’t too dissimilar to being one now; the sociological climate has many parallels. Firstly, the nation’s youth felt that they were facing a future with little prospects, which is also the case now: a recent study commissioned by the Prince’s Trust concluded that young people are fearful for their future, with 58 per cent thinking that Brexit will adversely affect their lives, and 42 per cent not being able to imagine buying a house.

Like today, the Tories in the ’80s were hell-bent on inflicting unnecessary austerity measures that disproportionately targeted society’s most vulnerable. Communities were polarised then, with the number of racist attacks rising steeply just as they are now. Nightlife culture was bleak at the time too, with nightclubs only staying opening until two am. In 2017, some clubs are allowed to open later, but vulturous property developers are now picking them off one by one. This has resulted in 50 per cent of London’s nightclubs closing their doors in the past five years.

All these things were undoubtedly shit, but they did create a fertile breeding ground for what was arguably the UK’s last great subculture – the acid house movement. It is therefore unsurprising that we are seeing more and more and more reports about free parties and illegal raves popping up. Any discerning clubber living in London right now will tell you that plenty of great parties are happening every weekend – in warehouses, fields and forests – without licenses.

So, are we on the verge of another free party explosion like we had in the late ’80s? For over a decade, filmmaker Piers Sanderson has been trying to answer this question. His new documentary, High on Hope, looks at the illegal raves that took place in Lancashire in the late 80s; following a subculture that was partly responsible for the meteoric rise of acid house culture.

Despite being screened at film festivals around the world and even picking up a couple of awards, the doc is yet to be fully released as money needs to be raised to pay for the music rights.

“I can see a lot of similarities between then and now,” Sanderson tells Huck. “I think that when you have a generation who doesn’t feel listened to, represented, and they don’t feel that the system is catering for their interests, they are not going to go ‘oh, ok then’ and sit down and do nothing.”

“They are going to get organised and start doing their own thing,” he adds. I get a feeling that’s what’s happening now.”

What does Sanderson think will happen if another 25 per cent of the clubs in London shut down in the next five years? “If the government do crack down on club’s licenses, people are not going to stop partying. They are going to realise that they need to put on their own parties; if they can’t do it in a legal environment they are simply going to do it in an illegal one.”

“They will realise that, as long as people feel safe, they can have a great time in a disused warehouse. People will choose that over something that is much more controlled, sterile and antiseptic. It’s actually more fun.”

Despite this, the filmmaker argues that parties that operate outside the law can have their downsides too. “The problem is – this is what happened to us in Blackburn – that as soon as you get into an area that is outside the law you run the risk of a load of horrible people and gangsters coming,” he warns. 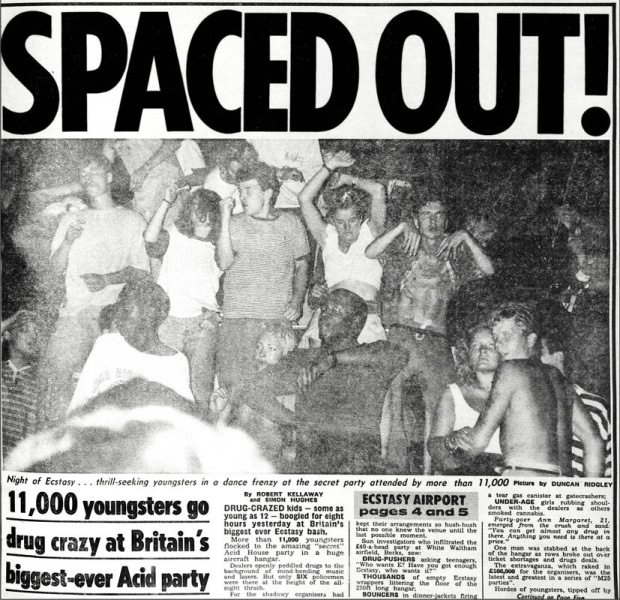 “They realise that they can go into a lawless environment and make money out of it. But, having said that, if you can keep them safe and keep the people who don’t have the right mindset or right attitude out then you can have a much better party in a warehouse than you can have in a nightclub.”

As techno legend Andrew Weatherall pointed out in an interview last year, spiritual transcendence through the medium of what is now often referred to as ‘raves’ is inherent in human nature. There’s evidence of a Greek ritual, that dates back to 2000BC, which involved repetitive music, coloured lights and a square room: all the essential elements of a nightclub or warehouse party. “The basic need for transcendence is part of the human condition,” Weatherall said at the time. “It has been for thousands of years.”

Despite how hard they may have tried in the past, councils and governments can’t regulate human nature. If they attempt to, people will come up with more creative and innovative ways to fulfil their needs. If that means spending Sunday morning in a disused double-glazing warehouse in a deserted industrial estate on the fringes of east London, I don’t think too many people are going to be complaining.

Piers Sanderson has launched a campaign on Kickstarter to fully release High on Hope.

Linkedin
RELATED ARTICLES
OTHER ARTICLES
After blocking the Scottish government’s gender recognition reform bill, Westminster is now devising further changes to the law to make it harder for trans people to self-identify.
After building his reputation covering the US civil rights movement in the 1960s, the photographer went on to produce some of the most enduring images of the past century.
Author Edward Banches dicusses his new book, which examines the hard rock and metal scenes in five African countries: Botswana, Togo, South Africa, Kenya and Ghana.
Theo McInnes’s photos of the annual event provide an intriguing snapshot of contemporary Britain.
Tristan O’Neill’s shots of dancers caught in moments of reverie at the height of rave’s golden age are a testament to the UK’s legendary club culture.
Social prescribing connects people with non-medical support to improve their health and wellbeing – but some experts worry it’s just a stick plaster solution.