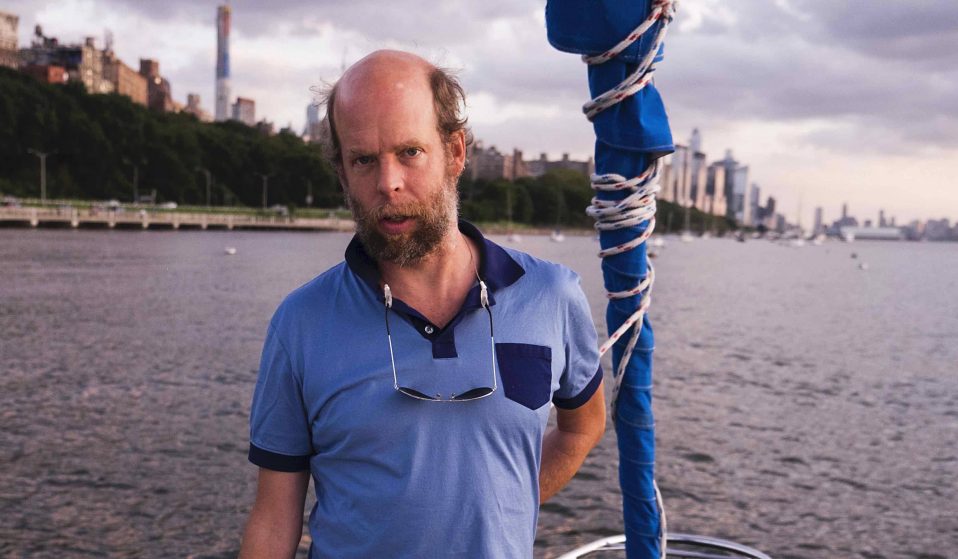 Will Oldham talks songwriting, seclusion and what happened when he received a text telling him that a ballistic missile was about to hit the island he was staying on.

Following the release of his first album in almost a decade, Will Oldham – the man behind Billy – talks songwriting, seclusion and what happened when he received a text telling him that a ballistic missile was about to hit the island he was staying on.

“When a record is very fresh like this one, I don’t always have the perspective to speak fluently about it – because I’m still kind of inside of it,” says Will Oldham, speaking over the phone from his home in Louisville, Kentucky. “I can try to answer questions, but I often find when someone asks me about a record a year or two later there’s more to be said about it.”

It’s been eight years since Bonnie ‘Prince’ Billy’s last record though Will Oldham, the man behind Billy, never really went away. There have been collaborations with the likes of Bryce Dessner from The National and cover records of Merle Haggard, the Mekons, and more. He’s written songs for the Malian rock band Songhoy Blues and taken acting roles like ‘Prognosticator’ in A Ghost Story – a mansplaining party pooper and prophet of doom.

His new record, I Made A Place, is a beautiful collection of songs that quickly become indelible, following you around even when you don’t have your headphones on. Inspired at first by a trip to Hawaii where his mother was born, the songs have soundtracked a joyous time in Oldham’s life; they were first sung to his unborn child and pregnant wife before the baby came into the world in 2018.

But at the outset of our chat, the 49-year-old spends time bemoaning the process of actually releasing of the album. Schedules, streaming charts, tastemaking and politicking weren’t the concerns they are now back when he was recording with Johnny Cash around the turn of the millennium. “When I make a record,” he says, “my brain still goes with the idea it has value that’s most basically and superficially expressed through a monetary exchange”.

Despite the early griping, and his known antipathy towards male English journalists, Will is charming company. He’s full of self-deprecating wit and fascinating insights about mortality – none more so when he recalls processing the news he was about to be hit by a ballistic missile.

Well seeing as we’re here, let’s talk about I Found A Place. You said you weren’t even sure if the songs would come out at all when you started writing them. How come?
I didn’t feel compelled to make a record until my wife and I had a month in relative isolation at the Volcanoes National Park in the state of Hawaii. And I found that when given complete freedom, aside from spending a lot of time walking around the hills and trails, my tendency was to work on songs. And then I had the beginnings of all these songs and the only thing I knew to do next was to keep honing the songs, and then I thought I’d just do that forever, it’d be fun, but it began to feel like I might do damage to the songs.

So you figured out you’re a songwriter and that’s what you do?
That’s what I was discovering when we were on the volcano. What comes naturally is to make records and try to release them and get them into hands and hearts and brains of listeners all over the place. It’s just such a different way that that happens now. 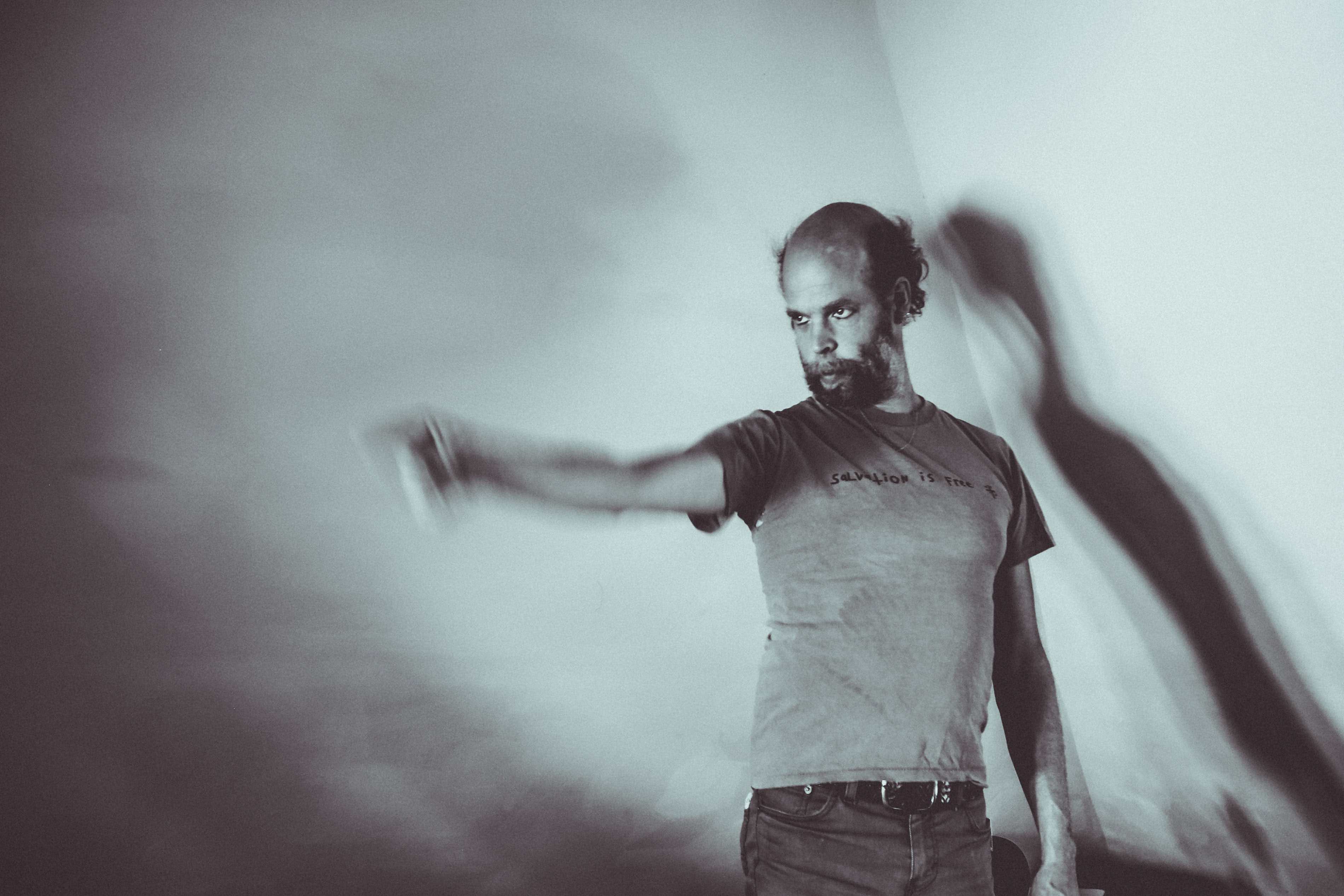 There’s a lot of talk about time ebbing away on this record, but you tend to view our destruction quite sanguinely don’t you?
There is a lot of time stuff going on. And it’s probably an attempt on my part to position myself among some of the great time travel science fiction writers and make a kind of science fiction novel in folk music sheep’s clothing.

Did your character in A Ghost Story play on your mind at all? The monologue reminds me of some of the things you’re singing about, although that character is cynical and you’re the opposite of cynical in these songs.
Yeah, it’s funny, doing that part, I choked on the words sometimes. I feel very similarly up to a point, but then I choose to think that the brevity of anything we engage in is all the more reason to engage in it rather than the opposite. It fills me with excitement and optimism to think everything we do will slide away. It’s something that I’ve thought about forever, being small on a rock in the middle of a vacuum surrounded by a universe that doesn’t know or care about what we do. That is such a wonderful, freeing thing. People tell me you get the same feeling when you’re dosed with ketamine but I haven’t been dosed with ketamine yet.

There’s a lyric in the song ‘The Devil’s Throat’ about a bad captain not giving good orders. Were you thinking about Donald Trump at the time?
Yeah, I dunno… Trump was definitely on our brains when I was working on those lyrics because we were in Hawaii on this volcano with limited cell reception. And then we got a text down the line that announced we were about to receive a ballistic missile attack from an unnamed source. Everybody in the state got this text message saying that it was not a drill and ballistic missiles where en route and to take shelter. 30 minutes later, the government said it was a false alarm. It was early on in his presidency and it seemed eminently possible that Trump would participate in a high stakes battle with North Korea with us being in the most westerly region of the United States reaping the benefits of that combat.

You sing about hydrogen blasts on ‘Look Backwards On Your Future, Look Forward To Your Past’, and I was wondering if it was a reference to nuclear testing on neighbouring Bikini Atoll after World War II?
It wasn’t specifically, although Bikini Atoll is right there and if you turn on Hawaiian television you might see a documentary on it late at night, which we did. Bikini or other islands that had been used as military target practice.

So how did it feel to have ballistic missiles heading in your direction?
It was kind of wonderful… You wonder how you’d react in such a scenario. It was just my wife and me, we didn’t have a way to communicate with anyone on the planet, and we took it pretty well. In terms of finding one’s self in the imminent event of a hydrogen blast, that was one instance where I found I liked myself. You’re never sure: what type of person am I really? How much doubt or pressure can my sense of self or character handle? And in that case we each got the text on our respective smartphones and we looked at each other and decided to make coffee. 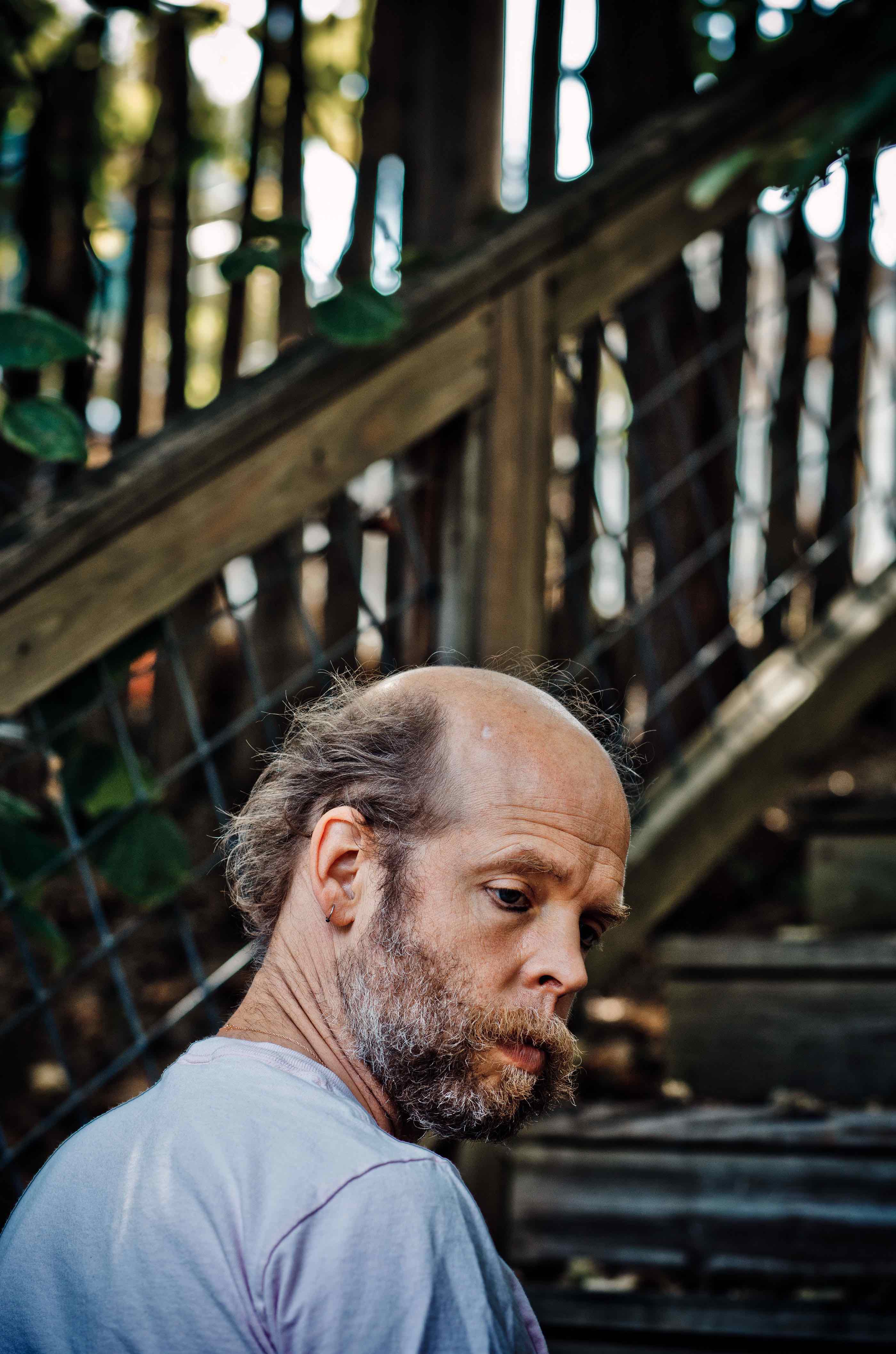 I Made A Place is out now on Domino.

Linkedin
RELATED ARTICLES
OTHER ARTICLES
Rogue landlords are exploiting young and inexperienced renters and leaving them in mental and financial turmoil, reports Niall Hignett.
Sean Maung’s photos are a love letter to the Black and brown communities that make up New York.
Cindy Campbell recounts how her brother ushered in a new era of musical culture at a party she held in the Bronx in ‘70s.
The idea that a younger generation is abandoning work has become a popular narrative online, but it doesn’t necessarily reflect reality.
Yesterday thousands gathered outside Buckingham Palace after news of the Queen’s death broke.
Following the announcement of an 80% hike in the energy price cap from 1st October, crowds gathered outside the offices of energy regulator Ofgem to protest and declare their intention to undertake a payment strike.