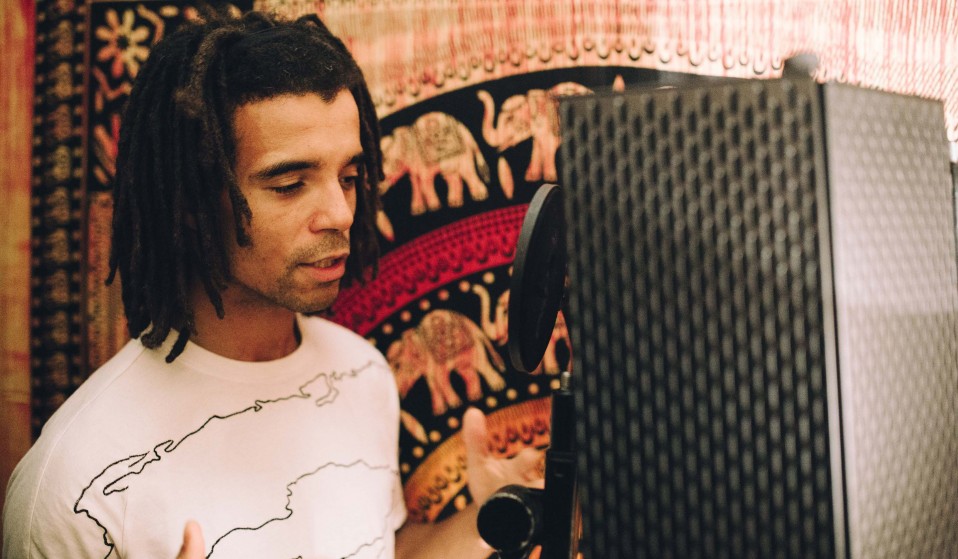 British rapper Akala has strived to practice what he preaches. But, by his own admission, sometimes even he gets it wrong.

From independent records to speaking truth to power, British rapper Akala has strived to practice what he preaches. But, by his own admission, sometimes even he gets it wrong.

It’s just after 11:30 on a December Saturday night in Melbourne, Australia. Following the lead of Akala, the entire congregation of the packed-out Northcote Social Club are chanting “FUCK IT, I’VE HAD ENOUGH” over and over to help him kick-off his song ‘Sometimes’. It’s a track about realising the game of life is rigged, about taking it on the chin, about pressing on when the odds are stacked against you. The crowd is an impressive ocean of pumping fists and nodding heads. The scent of weed fills the room.

Tonight’s spectacle is even more impressive when you consider two facts; Akala is an independent underground UK hip hop act who spends a lot of his time rapping – and writing – about social and political issues affecting young British people; and tonight is his first-ever show in Australia, despite releasing his first record, It’s Not A Rumour, some ten years ago. But his message is universal.

Every few songs, Akala pauses the music to deliver a range of monologues. Amongst other things, he talks about capitalism, colonialism, corporations and all the toxicity therein. At one point, he acknowledges the traditional Aboriginal owners of the land we’re standing on, prefacing his salute with: “This is not a gimmick. If you don’t understand why this is important, you don’t understand hip hop.” An English lad in front of me leans over to his mate and I overhear him say: “I wish he’d stop this this serious shit and play ‘Roll Wid Us’.” His friend laughs boorishly. 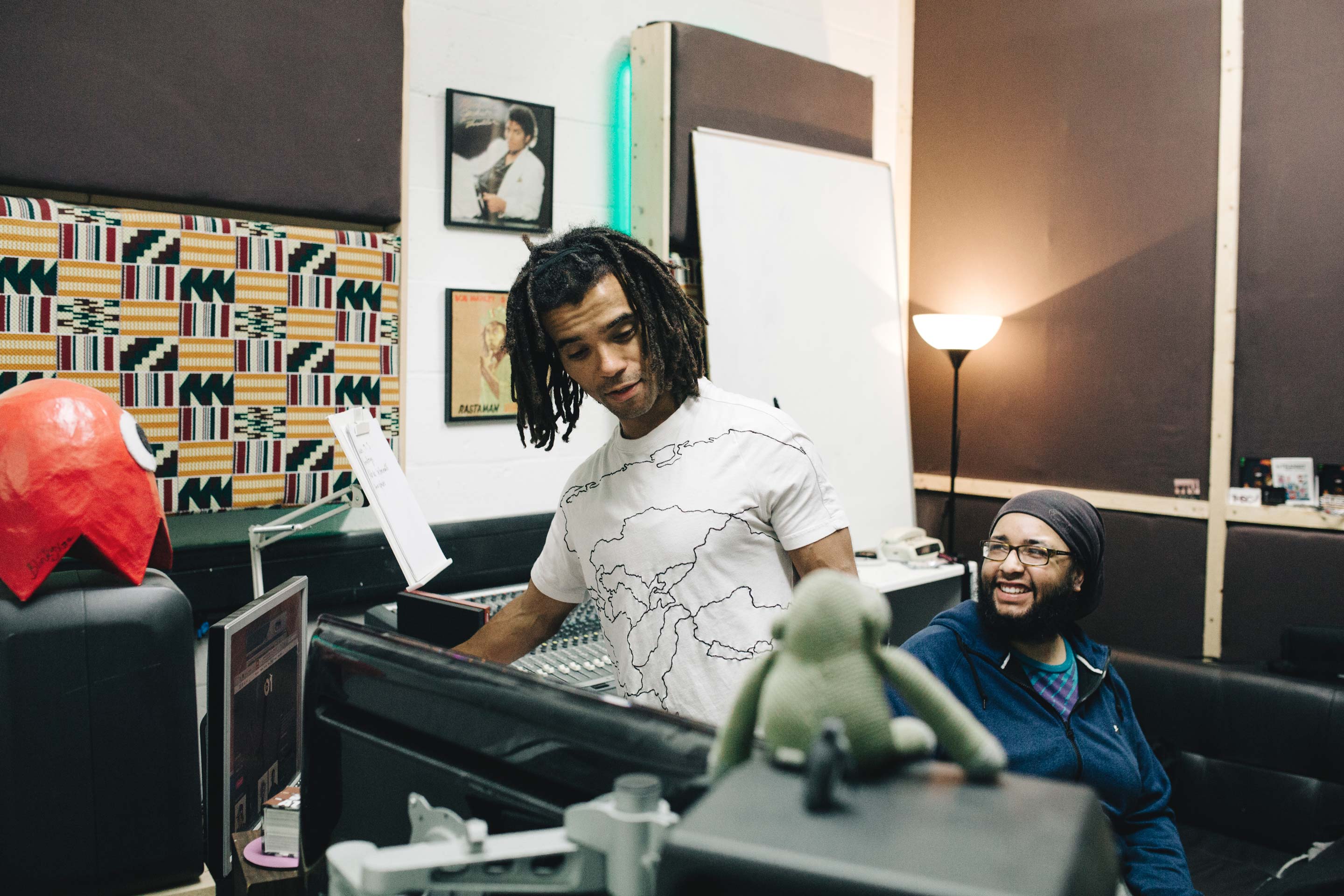 Born Kingslee James Daley into a single-parent family in London’s Kentish Town in 1983, Akala (a Buddhist term, meaning ‘immovable’) was exposed to “serious shit” at a young age. “My mum was quite politicised,” he tells me the following morning between mouthfuls of berry-loaded porridge. “She played us the Nelson Mandela film when I was about four, which was probably too young. If I could’ve said it then, I would’ve said, ‘Mum, the world’s fucked, isn’t it?’ So my upbringing was very politicised from then on.”

While most kids were busy picking their noses, Akala’s earliest memories of standing up for what he believes in include attending the march for Stephen Lawrence – a young black man who was murdered in 1993 in a racially motivated attack – writing a petition to oust an R.E. teacher he dubs a “horrible woman” and politely informing another teacher that, in fact, William Wilberforce was not solely responsible for the end of the transatlantic slave trade. Not bad for a seven-year-old.

Now thirty-two, he divides his time between a successful music career; his own independent record label, Illastate Records (through which all of his ten LPs, EPs and mixtapes have been released); an enterprise dubbed The Hip Hop Shakespeare Company, which aims to engage ‘hard to reach’ youths with education programmes, live music and theatre productions; and much more besides. He’s also torn apart Tommy Robinson – the former lead of the far-right, Islamophobic English Defence League (EDL) – on a televised panel discussion; made an address on black history at the Oxford Union; hosted a couple of TedX talks; been a guest on Frankie Boyle’s Election Autopsy and has produced work for the likes of The Guardian (‘Akala on everyday racism: what should we do?’).

In spite of his seemingly uncompromising approach to his work and music, Akala – who’s essentially the UK’s answer to Immortal Technique – makes no bones about the fact that it’s almost impossible to live a moral, conscious and just life all of the time. “Everything we consume is pretty much tainted with injustice,” he says. “You can become conscious and you can begin to live more consciously but it’s a daily struggle. It’s not just, ‘Oh, one time I went on a protest’ and that’s it. It’s consistently trying to choose, as much as possible, more positive behaviours. But I don’t profess to be the person with the answer.”

He pauses, breaks off a piece of chocolate from a bar he grabbed from his room a minute ago, and stares at his phone. “We’re going to have our devices made out of Congolese coltan,” he continues. “I’ve just flown all the way to Australia. I eat expensive vegan chocolate. It’s hardly a syringe full of heroin, but I feel my own complicity with the injustice in the world and I do often wonder if it’d be more productive to just live in a fucking tree.” 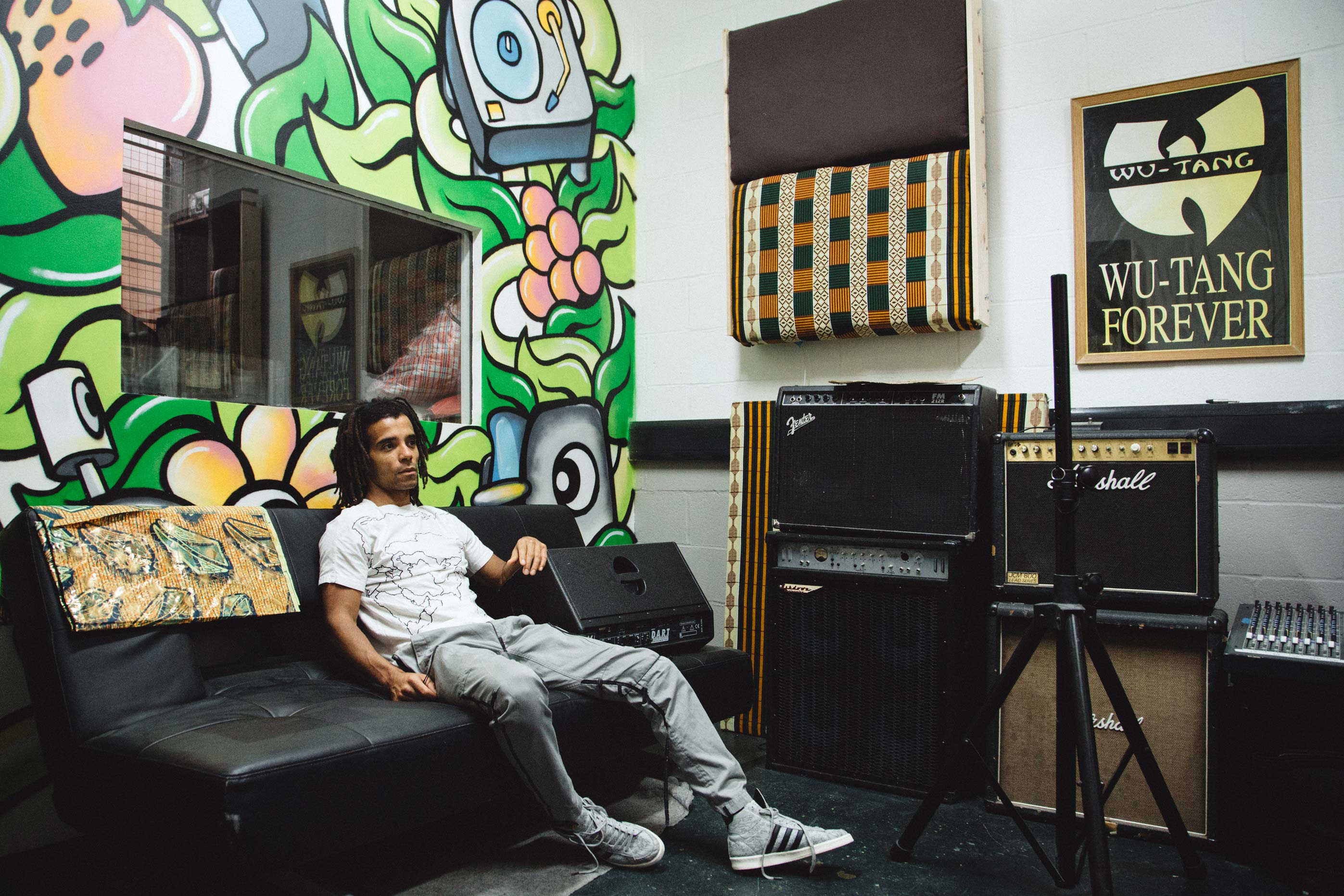 On the subject of maintaining one’s integrity, he claims to have been offered money to do stuff he doesn’t want to do plenty of times and he counts himself lucky to be in a position that enables him to say no. “I don’t wanna act like I’m a morally superior being,” he says. “It’s one thing me saying, ‘Oh yeah, I’ve got integrity’, but actually no – if I had three hungry kids to feed I might have to do some shit I don’t like. Now don’t get it twisted: if Coca-Cola offered me 10 million quid – and I’d like to think if I had 10 million quid I’d use a fucking huge chunk of it to build schools, hospitals or whatever – that would be a real dilemma. So I don’t think there’s a finite morality. You do what is cool with your spirit on a case-by-case basis.”

Despite the inherent difficulty in living a socially conscious, upright life, and despite telling me during our conversation that he thinks “we’re all fucked”, Akala has decided that he isn’t going to go and live in a tree. “That’s cowardly,” he says. “It’s easy to be zen when you’re sat meditating in a tree. But most people in the world can’t afford that retreat, so I’ve decided that it’s more progressive to participate and try and raise consciousness.” For now at least, Akala’s “serious shit” will endure.

This article originally appeared in Huck 54 – The Defiance Issue. Grab a copy in the Huck Shop or subscribe today to make sure you don’t miss another issue.

Linkedin
RELATED ARTICLES
OTHER ARTICLES
Danny Burrows discusses his new series of images documenting an pacifist anabaptist community who lead an alternative way of life.
A new series of photos by Johny Pitts shines a light on communities and subcultures that have all too often been overlooked.
A young woman recounts her experience of being harassed by anti-choice campaigners as she was seeking an abortion in Glasgow.
Photographer Bud Glick recounts documenting everyday life in the area, and what it taught him about the Chinese immigrant experience.
A woman from Texas explains how she was forced to consider the criminal liability she might face for medication abortion over her health.
One year on from the fall of Afghanistan to the Taliban, Tiara Ataii speaks to those who have been forced to make the treacherous journey to Europe for safety, and the barriers and horrors they have faced.