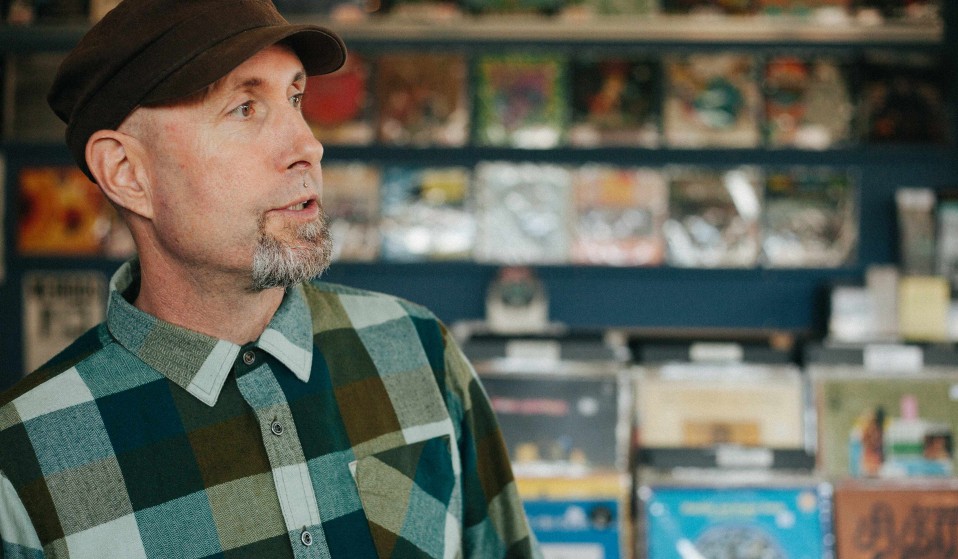 When Bruce Pavitt founded Sub Pop, he was already waist-deep in the underground. Here he explains how being openminded during his travels has taught him everything he knows.

When Bruce Pavitt founded Sub Pop, he was already waist-deep in the underground. Here he explains how being openminded during his travels has taught him everything he knows.

Bruce Pavitt can trace his career arc back to attending an alternative high school in Park Forest, Illinois. “It wasn’t all about listening to the teacher,” he says. “It was always, ‘What do you think?’ And that’s punk rock, right?” In 1986, while attending college in Olympia, Washington, Pavitt started a cheaply printed music zine full of album reviews and anti-corporate rants called Sub Pop. That zine gradually became a record label, and the label became home to some of the best underground music in America, including an unknown trio from Aberdeen, Washington, called Nirvana.

Pavitt left Sub Pop in 1996 (though he remains on the board of directors), but he has explored his Sub Pop days in two books, Experiencing Nirvana: Grunge in Europe, 1989, and last year’s Sub Pop USA: The Subterranean Pop Music Anthology, 1980–1988. His latest venture is 8Stem, a small company pushing a new music format that allows listeners to remix and share songs on the fly. While he started Sub Pop without any particular ambition, he’s bullish about 8Stem. “It’s going to usher in a new era of the music business,” he insists, “and it’s going to redistribute the wealth back to artists.” 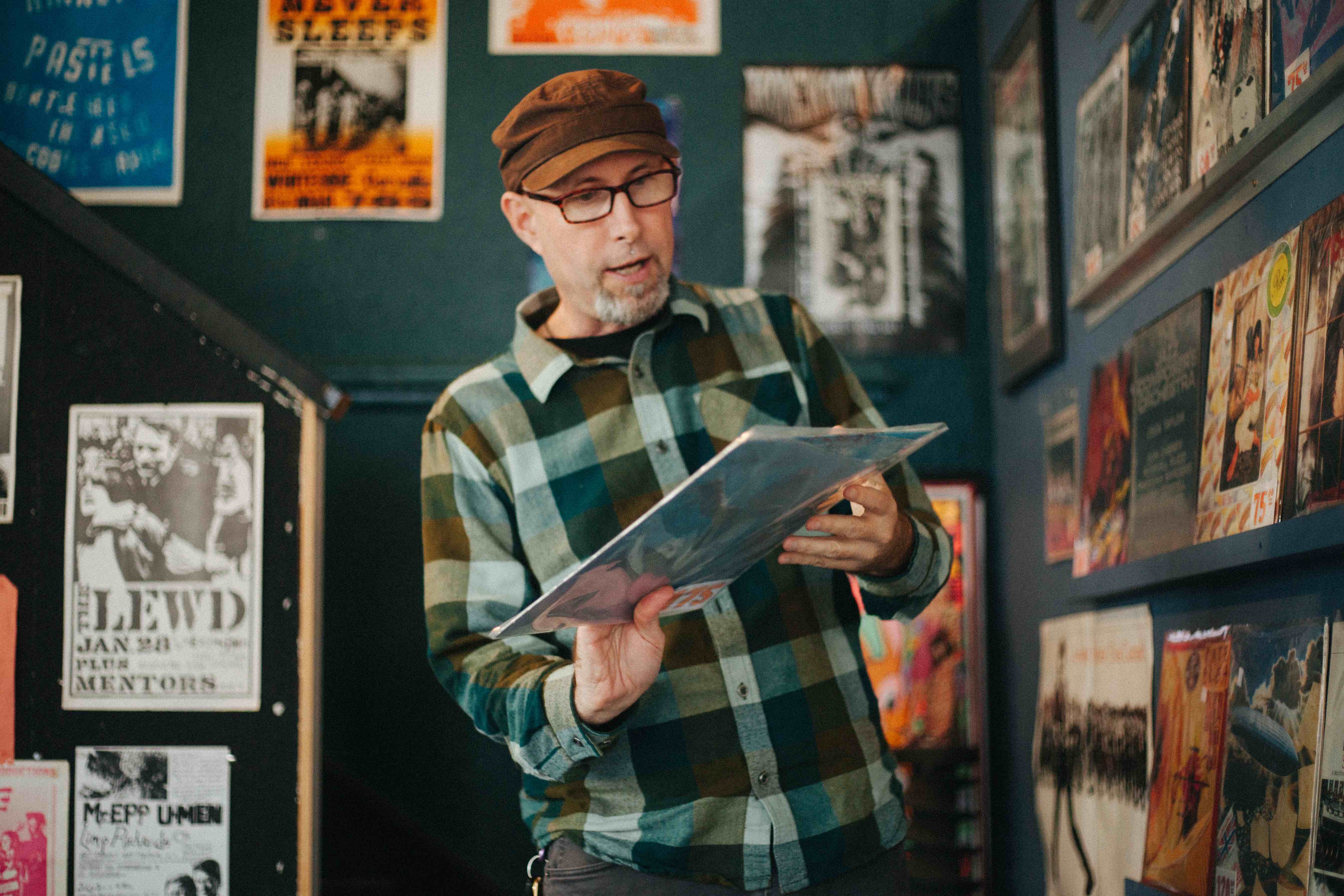 While in high school, Pavitt began frequenting record stores in Chicago. His favourite was Wax Trax!, where he was introduced to underground music zines and obscure music.
“I discovered Devo’s first 7-inch single in 1977 and just said, ‘What is this?’ It was so creative and different and unusual, and it was from Akron, Ohio. That was the surreal part. A year later, I happened to go to Max’s Kansas City nightclub to see the B-52s, who I read about in the Village Voice. I had never seen anything like it. Their sound and aesthetic and the way they presented themselves, it was so unique. And the B-52s were from Athens, Georgia. So it felt like the weirdest stuff in the underground was actually from small towns in the middle of nowhere. I became a firm believer that culture could happen anywhere. A band could start in a basement in a small town and go on to change the culture of the planet.”

After moving to Olympia, Washington, to attend Evergreen College – a progressive state school without grades, and whose latin motto translates to ‘Let it all Hang Out’– Pavitt began working at the school radio station, KAOS. He called his show Subterranean Pop.
“It’s funny, in every scene or culture, you can kind of drill down to a handful of visionaries who started things. KAOS radio, at Evergreen, was the only radio station in the world that prioritised independent records. Because of that, they had the best collection of indie records in the world. John Foster and George Romansic implemented that music policy. And from their library of music at KAOS, you got Sub Pop records, K Records, bands like the Beakers and the 3 Swimmers in Seattle; you get the whole Riot Grrrl culture that came out of Olympia in the ’90s. That was all out of Evergreen and KAOS.

“Having access to these deep catalogues of Punk 45s I never knew existed, I became evangelical about bands like the Wipers and Pylon. This was pre-Internet, so even the most sophisticated New York hipsters didn’t know about most of this material. So I let people know: all you have to do is write the bands, send them three bucks in the mail and you’ll get their record. You’d write a band, and they’d write back and often say, ‘We’re going to be in your town in two months, can we crash on your couch?’ All of a sudden you were becoming friends with creative people from other tribes. That was something you couldn’t get as one of ten thousand people seeing Eric Clapton in some arena.” 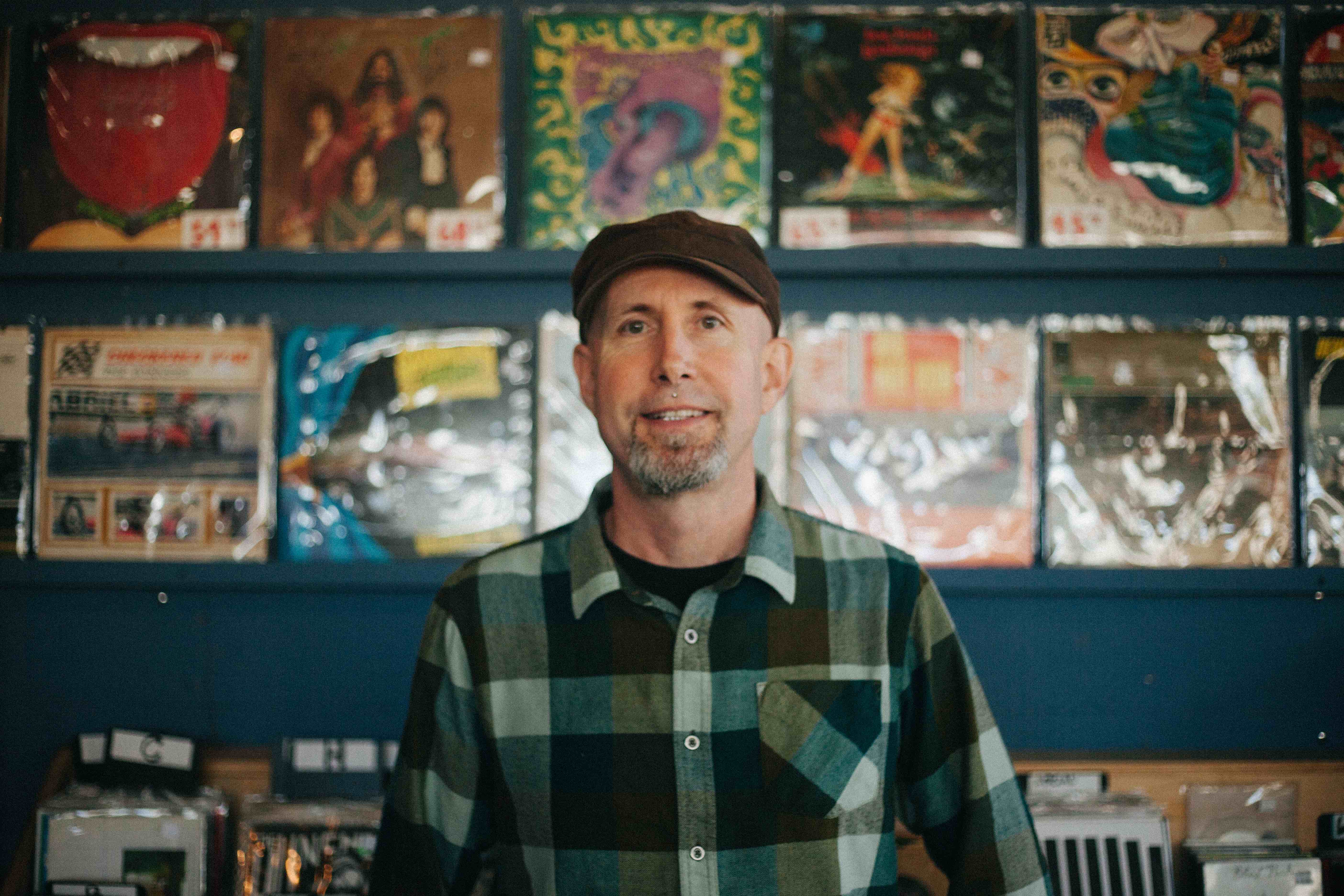 Inspired in part by reggae, which was produced in a handful of Kingston recording studios and impacted culture globally, Pavitt became evangelistic about sharing music from the Northwest.
“I was literally visualising Washington state as an island. Why did England have this robust indie culture? Because you had the BBC with John Peel playing DIY singles that were heard throughout the UK, and you had NME and Melody Maker distributed throughout England. They were coming out not monthly, but weekly. So it was all about the media infrastructure, and that’s what the Pacific Northwest started to develop. I visualised Screaming Trees from Ellensburg, and Girl Trouble from Tacoma, and Beat Happening from Olympia, and I thought, ‘We just need to network the state’. I began writing about super DIY music in [Seattle alt-weekly] The Rocket. I made five hundred copies of my own fanzine, Sub Pop, but The Rocket printed sixty thousand copies. And I had a radio show at KAOS and another show at KCMU, which is now KEXP. But the tipping point was that MTV decided to put ‘Smells Like Teen Spirit’ in regular rotation. That was a corporate decision – an experiment. They decided, in a corporate boardroom, to use Nirvana as a test case. Once that music got in front of millions of people, the scene blew up.”

Today, Pavitt lives on Orcas Island in Northwest Washington with his family. He consults with labels and DJs events while also helping to build his new music company, 8Stem. Though he once penned vitriolic rants about the mainstream music industry, Pavitt says he has embraced it as of late – albeit for slightly subversive reasons.
“I was very righteous, and very anti-corporate, when I was younger. Young people see the world in black and white and as you mature, you kind of stop doing that. My daughter came to me when she was sixteen and said, ‘Dad, the school desperately needs somebody to DJ the prom, would you do it?’ I thought: No, I can’t do that – but it was my daughter, I had to. So I crossed a line. I basically had to catch up on twenty years of popular music and raunchy hip hop, and once I broke through that barrier, I transcended my own prejudices. It was a turning point for me. DJing is all about breaking down barriers and bringing people together. I will use any tool in my toolbox to do that, including Miley Cyrus.”

Linkedin
RELATED ARTICLES
OTHER ARTICLES
After rewriting the indie rulebook with her devastating songs about romantic longing, the singer-songwriter is now imagining a future in which the artist is no longer a product.
Yesterday, rail workers came together to protest poor pay, working conditions and job cuts in their latest round of strikes.
Ahead of the release of his new album, the producer reflects on his battle with drug use, getting into painting and what Madonna taught him.
Photojournalist Fiora Garenzi spoke with people still living in Eastern Ukraine, an area which seen some of the heaviest fighting since the war began.
The government’s brutal crackdown on NGOs has left victims of rape without anywhere to seek help. And now, as the country plays a key role is Russia’s war, things are only getting worse.
Photographer Anne-Marie Michel captures the women who through determination and strength are forging their own way in a male-dominated industry.