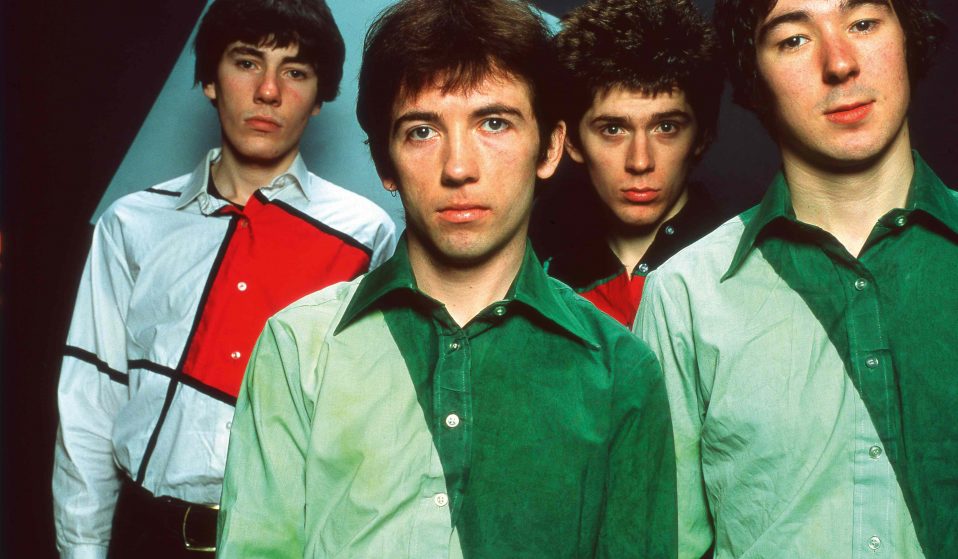 The Buzzcocks guitarist reflects on life, death, and the group’s indelible legacy: ‘I joined a punk band and was sniffing speed. The world fucking changed’

The Buzzcocks guitarist reflects on life, death, and the group’s indelible legacy: ‘I joined a punk band and was sniffing speed. The world fucking changed’

Buzzcocks guitarist Steve Diggle is sat on a bench outside his local pub in plush north London, supping ale in the sunshine. It’s pleasantly warm, he’s smoking a fag, and waving at passers-by who all evidently know him and are waving back frantically.

Earlier this month, the Buzzcocks played Royal Albert Hall; one of their first shows without lead singer Pete Shelley, who died last year. When we meet it’s D-Day, a fact not lost on Diggle, and his fallen comrade is very much in his thoughts. He is in indefatigable mood, though: “If a man went down in the mud, you couldn’t stop, you’d have to go forward and keep moving. And that’s where I’m at now. I can’t change the past, I can’t go back, so I’ve got to keep going for myself. We’re going to carry the Buzzcocks on because the fans said they wanted us to do that. It keeps Pete’s songs alive and it keeps my own songs alive too.”

The Royal Albert Hall show featured a number of guests paying tribute to the genius of Pete Shelley: Tim Burgess, Dave Vanian and Captain Sensible of The Damned, and Thurston Moore were some of the names on the bill. The Buzzcocks themselves probably don’t need an introduction: everyone knows the corrosively catchy punk-pop singles, like “Ever Fallen In Love (With Someone You Shouldn’t’ve)”, “Orgasm Addict”, and “What Do I Get?”. However, there was always a sense – maybe until the untimely death of Pete at the end of last year – that they never quite got their dues as one of the truly seminal bands of the first wave of British punk.

Hi Steve, how are you?
I’m good, yeah. I’m in a better place now, what with Pete dying. It takes months for the dust to settle. I’d do anything to have him back, but you’ve got to face that we’re all gonna die sooner or later. I was in a car accident when I was 17 and my best mate died in that.

Did you end up in a hospital?
No, amazingly I survived it. We were all drunk including the driver. There were three of us in the back getting thrown around in a Hillman Imp. I thought I was gonna die. We demolished a petrol pump. I opened my eyes and thought ‘that should have gone up in flames’. I staggered out of that, my friend was on the floor, I was trying to wake him up. The guy who was driving said: ‘look again’ and his head was all split. When something like that happens when you’re 17, it really hits you. Your aunties and your grannies dying, you’re programmed for when that happens, but when one of your mates dies it’s a profound thing. So I’m not used to it, but I’ve kind of been in those areas before. Obviously, Pete and I were together 43 years: we spent most of our lives together as the Buzzcocks, so it’s a massive adjustment.

You had a job in an iron factory when you left school, but then you lost it, which helped you to make it. Would you say that route to pop stardom is less well-travelled for working-class musicians today?
I was a conscientious objector to work. Being on the dole was great back then; you could write songs and figure yourself out. You didn’t have much money but money wasn’t in the equation then, you just had big ideas. [Musicians] all seem to have names like Tarquin nowadays. That’s not a very rock ‘n’ roll name, is it?

I had a six-pound Spanish guitar that had been hanging on the wall, and you’d tune it up the best you could but it went out of tune all the time. I learnt how to play “Ode to Joy” on a couple of strings and I think that was the beginning of the little motifs in the Buzzcocks. Had I been like the posh kids in South Manchester whose daddies bought them all the gear and then sold it for a pair of skis or something, then who knows?

Where were you living at the time?
I was living in a house share taking acid, as we were all trying to figure out the universe. I think one went into a mental hospital, and the middle-class ones went up to the Himalayas looking for gurus. When they came back, I said, ‘I’ve joined a punk band and I’m sniffing speed. The world has fucking changed since you were away, and particularly for me.’ 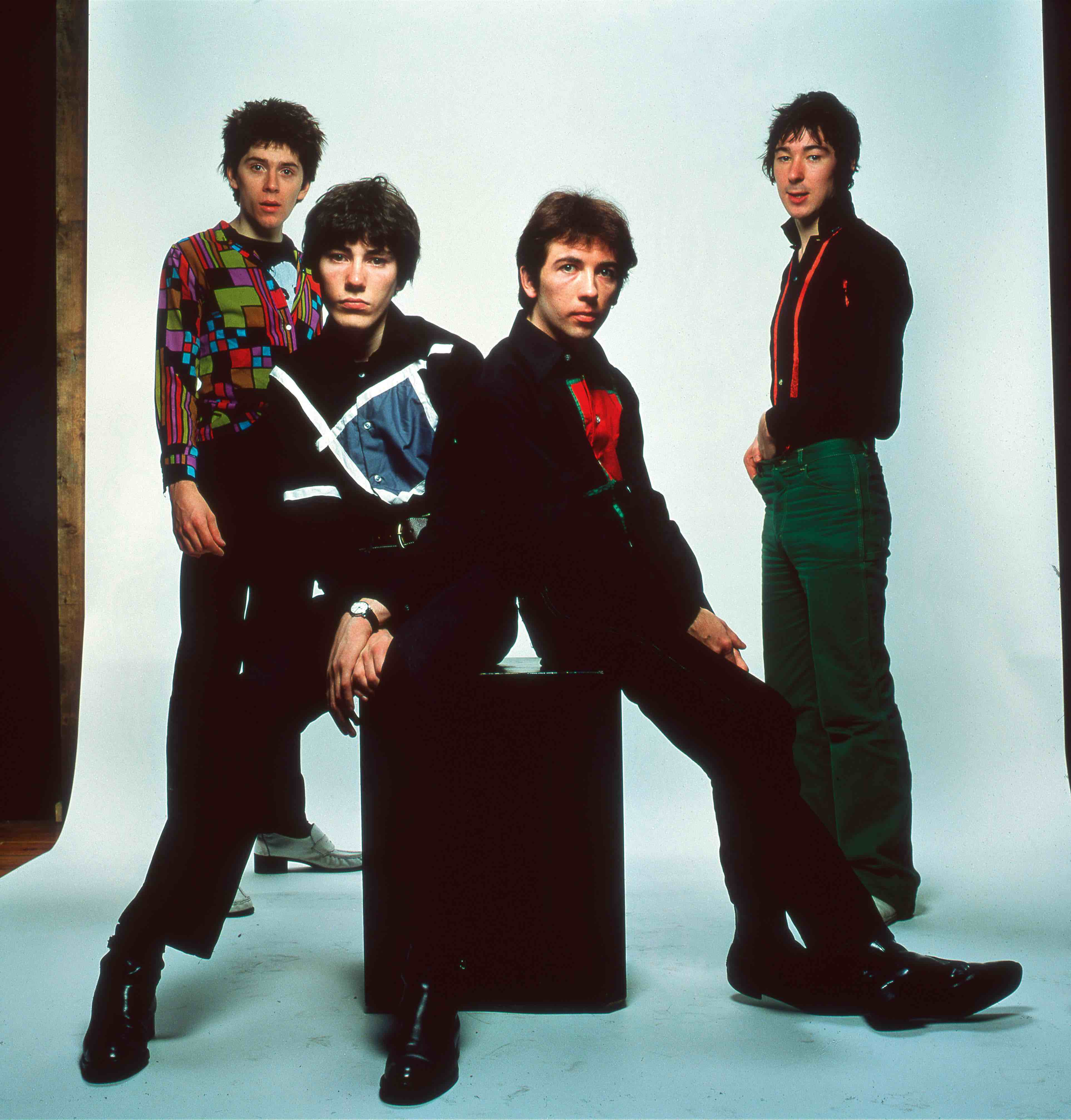 You joined the Buzzcocks on the first night the Sex Pistols played the Manchester Free Trade Hall, is that right?
Yeah, I’d phoned a guy in the paper about joining a band and I went there to meet these guys. So [Sex Pistols’ manager] Malcolm McLaren introduced me to Pete who was collecting tickets on the door, and we talked at cross purposes about forming a group and I thought, ‘he isn’t the guy I’m supposed to me meeting’ [laughs]. The guy I should have met was outside, which I think was all a part of Malcolm McLaren: the Situationist. When I went to his funeral a few years ago I thought, ‘I owe Malcolm a lot really’. The things that happen when you’re walking on the wrong side of the street. It’s amazing the tricks fate plays.

When you started your own label, New Hormones, did you think it would come to be regarded as this seminal moment from which a wellspring of independent music would emerge?
Yeah, but it was less a stroke of genius than it was a stroke of necessity at the time. We thought we were making the most uncommercial music possible and if we took that to a record company they’d probably have laughed us out of the building. For £500 you could make a thousand singles. As soon as we made our own record we had six of the major record companies trying to sign us up.  It seems so simple now, but at the time it wasn’t.

As well as inadvertently inventing indie and bringing the Sex Pistols to Manchester, Pete Shelley did a lot for bi-visibility, which is a great legacy…
Yeah, growing up with David Bowie and all that, I remember a bunch of laddie lads I used to hang around with all kissing each other after we’d seen Ziggy Stardust. I don’t think we had much desire for each other, but if you wanted to be gay you could be. So when I met Pete he was obviously bi like Bowie, and he had more of those natural feelings. It was kind of interesting because Buzzcocks had the politics of punk rock, we had the social commentary of punk rock, and we had the sexuality of punk rock.

You toured with Joy Division, didn’t you? How did the death of Ian Curtis affect you?
Yeah, they kind of looked up to us as we were instigators… some of them at least. They were at that early stage and Buzzcocks were a Manchester band and we took them on the road around the theatres. Nobody had heard of them then. At the end of that tour, Ian killed himself. We were having a pint in Edinburgh at the end of the tour and he said to me, ‘I’ve got this problem, I’ve met this girl in Paris and I’m married’. I said, ‘We’re all playing away from home, you’re only 20-odd, fucking hell, if you don’t enjoy yourself now…’ In one way I could understand it, and in another, I couldn’t. A few days after that I was in a nightclub and someone said he’d hung himself. A lot of suicides are premeditated and there’s a big build up to it, so obviously he had other things going on.

You toured with Nirvana too didn’t you?
Similar thing. There were a string of deaths when we were in the Buzzcocks. Marc Bolan had that television show [Marc]. He sent us a picture saying, ‘You’ve got to come on the show, cats’ and that was our first or second TV appearance. We did one with Tony Wilson around that time and Albert Finney was on and he liked us. Imagine that, Albert Finney! Lovely man. So Marc Bolan died in a car crash, Elvis died the day we signed our deal with United Artists, we took Joy Division on the radio and Ian Curtis hung himself… Some years later, Kurt Cobain came to see us in Boston when ‘Smells Like Teen Spirit’ was massive and invited us on a stadium tour of Europe, and he shot himself at the end of that. So this death thing, you kind of get used to it…

The Buzzcocks are re-releasing the Singles Going Steady collection, and their third album A Different Kind of Tension, via Domino Records this month.

Linkedin
RELATED ARTICLES
OTHER ARTICLES
With inflation now at a 40-year-high of 9 per cent, demonstrations organised by TUC took place to demand action from the government.
In the latest instalment of Photographers in Conversation, the chronicler of raves, protests and beyond explains why he’s drawn to such specifically visceral environments.
The author discusses the all-consuming nature of heartbreak, and turning the experience into an incisive exploration of love and loss.
Freddie Miller’s new series of photographs investigates who today’s trainspotters are and what drives their unfettered enthusiasm.
The curators of a new exhibition are hoping to shed light on Plymouth’s vibrant but often overlooked nightlife.
On the fifth anniversary of the tower fire, around 18,000 joined the walk to remember the 72 dead and to demand justice.