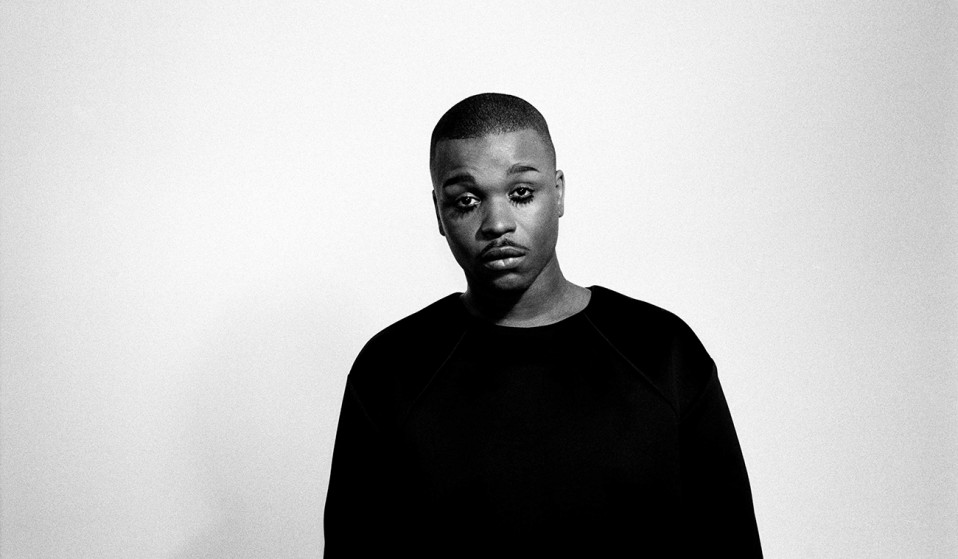 Having shot to attention for being an openly gay rapper with a dirty mind, Cakes da Killa is steering attention back to where it should be: his skills on the mic.

Having shot to attention for being an openly gay rapper with a dirty mind, Cakes da Killa is steering attention back to where it should be: his skills on the mic.

Cakes Da Killa’s moment has been a long time coming. Though his entry into hip hop began almost accidentally, when he uploaded home-recorded raps to Facebook, the momentum has kept on building.

Much of the initial attention focused on the New Jersey rapper’s sexuality – “Me being a black, openly gay rapper means I get in a lot of different lanes,” he says today – but the real story is the style and substance behind his music.

In a genre dominated by machismo, misogyny and homophobia, Cakes stands apart.

Pairing club-ready beats with an agile flow, the 25-year-old – who studied fashion at Montclair State University – has a gift for evoking vivid scenes with a rapid-fire wordplay that can be downright filthy.

Now, after five years of acclaimed mixtapes and EPs, Cakes is about to release his first full-length: Hedonism. It’s a more polished effort that recalls the off-the-wall lyricism of early Busta Rhymes and Wu-Tang Clan.

The album veers away from samples, benefits from organic relationships with producers and develops the narrative flow of last year’s #IMF – a maturity primed to capitalise on the journey so far.

You said wanted to give up rap after [second mixtape] Eulogy in 2013. What made you change your mind?
The cheques! I think I was being melodramatic when I said that. Making music was never a career move for me in the first place, so a lot of things came with it that I wasn’t mentally prepared for. But I was like, ‘Y’know what? If this is what I’m good at, I’m just going to keep doing it.’

What kind of things did you feel unprepared for?
The conversations about me personally. I didn’t think my music was going to go as widespread as it has. It went from just being my own thing to something I shared with the world. I was dealing with shade not only from straight people who were questioning whether I was fit to be in the rap arena, but also shade from other gay people… which I didn’t expect.

How long do you think it’s taken to get past the point where people focus on your sexuality before you skills?
I don’t think I’m past that point. I think that’s always going to be a day-to-day battle, be it in interviews or live shows or with the visuals I put out. But I do feel like I’m definitely equipped to handle it.

What’s the difference between Rashard and Cakes?
There isn’t a difference. Just being Rashard Bradshaw wouldn’t be a very good rap name. I’m not really one of those artists who has a switch or an alter ego. It’s all me. And I feel like that’s what resonates with a lot of people. The same person they see on stage is the same person who’s going to take a picture with them off stage. It’s not an act.

But I’ve seen and read interviews with you where you talk about being shy or embarrassed easily, whereas your music is pretty direct and aggressive…
Right, but people make artists out to be two-dimensional characters. I can be a very confident and rambunctious person but that doesn’t mean I’m always like that. There are some moments where I’m just chillin’.

Talk to me about using the word ‘cunt’. Over here, that’s a misogynistic term. I’m interested in how you’ve applied it to yourself.
I don’t identify as ‘queer’ – I’m a black gay man. And in black gay culture, in the US, we have our own kind of language that may not be understood by the mainstream. Within that culture, ‘cunt’ doesn’t have the same association so it’s not really an issue. You have categories of people like ‘bangy cunt’ or ‘soft and cunt’.

I think it’s funny how people can get triggered by certain words and not others. I’m sure there are places where the n-word mightn’t be a problem but if you say cunt, ‘Oh my god! How could you?’ It’s not me reclaiming the word for myself but I’m definitely a product of the LGBT people of colour community and that’s our thing.

Your sponsors, management and mum all have opinions about what you should and shouldn’t do. What’s the worst piece of advice you’ve ever been given?
I keep my circle very small and anyone who feels the need to say something about what I’m doing, I do respect their opinion. But I would say that my gut is what got me in this situation and what maintains me.

I’m not saying people can’t make me think differently – it’s always good to have feedback. But at the end of the day, I’m an artist: I write my own music, I pick my own beats, I organise my own shows. This is my project; it can’t be too controlled by other people because it wouldn’t be organic anymore. You need balance. 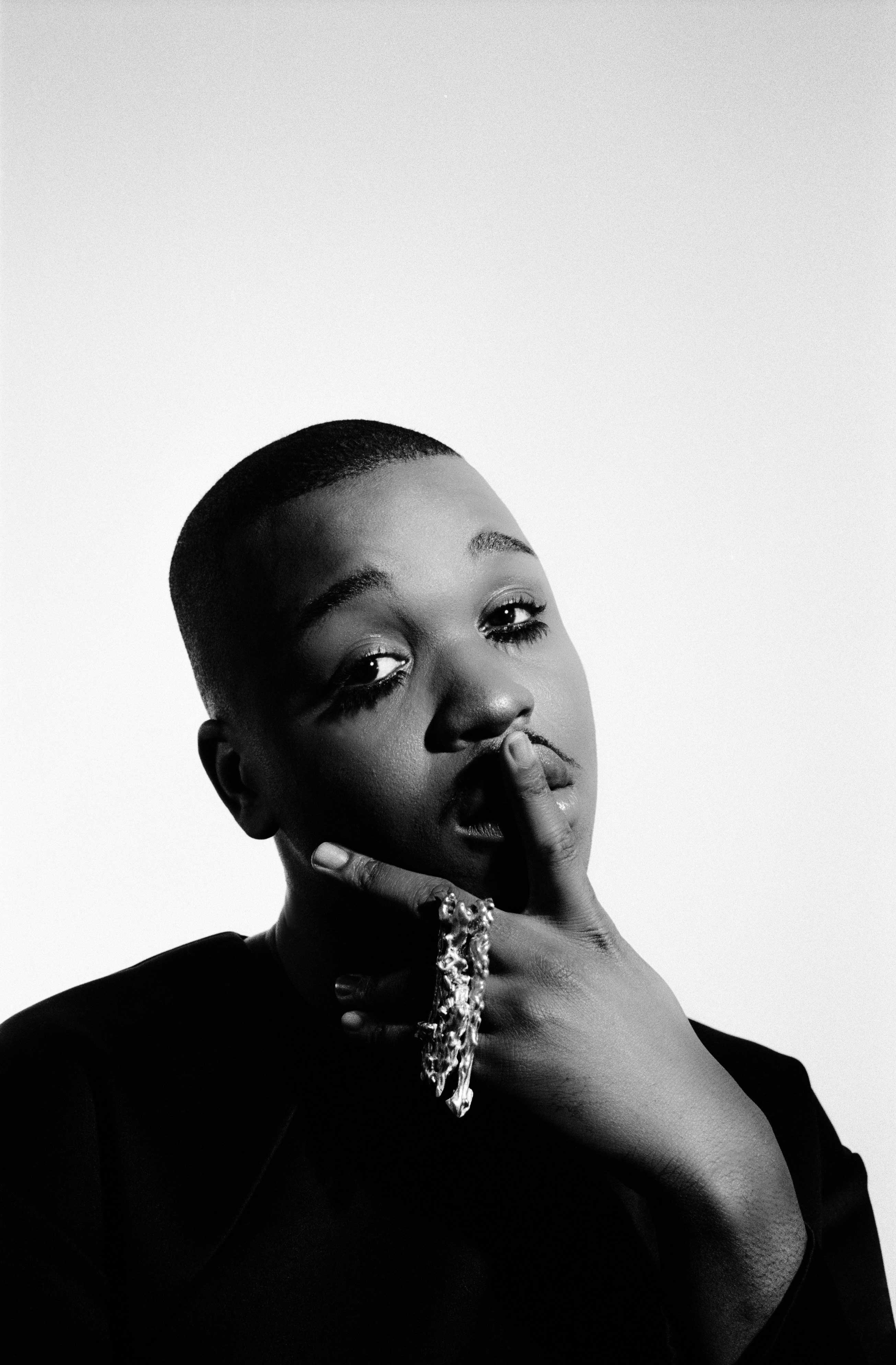 Fear and doubt are part of the creative process and most people have no idea that artists struggle with insecurities like everyone else. What can you tell me about that side of it?
When I started, I didn’t take making music seriously. It was just fun for me. That kind of removed the fears and the doubts because I didn’t think anyone would listen to it. So when you start writing whatever you want, you have a sense of freedom.

That’s why my older music is so vulgar and out there. I was like, ‘I’m never going to be talking about this with someone from Pitchfork, so what’s the point [in holding back]?’

I still have that same mentality now but I’m tweaking it a little bit because I’ve learned lessons as far as, ‘This is how you get a sync; maybe you should be a bit more mindful of content.’ But ultimately my narrative is what I’m going to talk about and I’m not going to compromise on that.

Hedonism is out 21 October via Ruffians/Thirty Tigers.

Linkedin
RELATED ARTICLES
OTHER ARTICLES
The inauguration of president Joe Biden marked a moment of shared relief. But the threats posed under Trump's presidency are still as urgent as ever, writes Huck's politics editor, Ben Smoke.
Photographer Larry Racioppo remembers shooting NYC in 1979, providing a revealing glimpse into how the interwoven communities have changed since then.
From 1989 to 1993, photographer Roy Mehta documented North West London’s rich mixture of Afro-Caribbean and Irish communities going about their daily lives at home and in the streets.
Gilles Peterson discusses a new book he helped co-edit about Cuban record sleeve design, which traces a musical form in constant revolution.
The hip hop legend shares what he’s picked up after almost 40 years spent speaking truth to power.
A new photo and podcast series is shining the spotlight on the experiences and cultural contributions of Black gay, bi and trans masculine artists and activists.