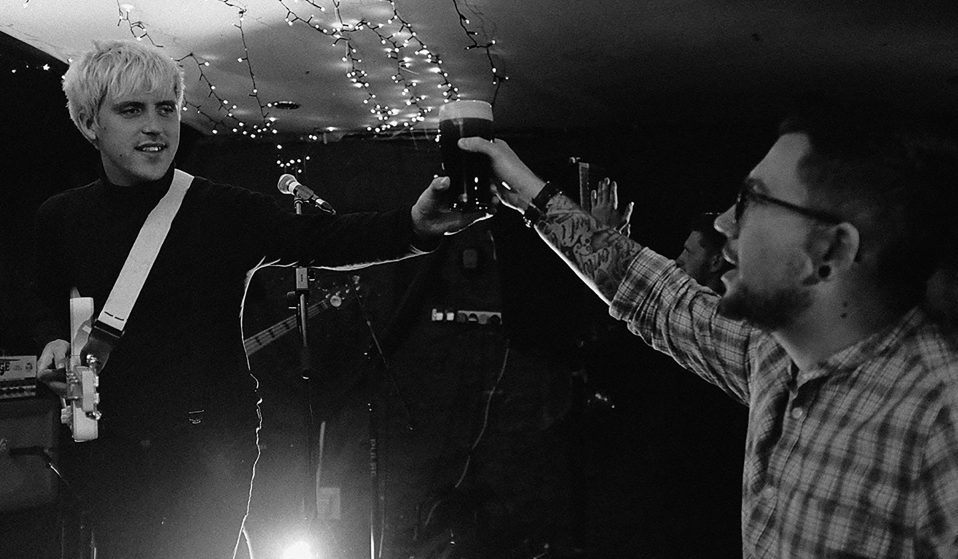 For the past year, Welsh photographer Elijah Thomas has been documenting the lives of Cardiff’s up-and-coming bands, capturing a DIY scene united in its tight-knit camaraderie.

In May 2018, when Cardiff band Boy Azooga made their debut on BBC music show Later… With Jools Holland, it was a victory for the entire city.

See, the Cardiff scene is a tight-knit one. Be it through creative collaboration, the attendance of each other’s shows or the fact that various bands are all known to live together under the same roof, Boy Azooga belong to a much larger (and just as loud) musical family.

For Elijah Thomas, this camaraderie has always been a keen point of interest. The photographer – who grew up in the Rhondda Valleys, but now lives in Manchester – used to play drums in a band that came up before the current crop of young, Welsh acts. He recognised the fellowship between Cardiff’s various musical circles from the get-go. 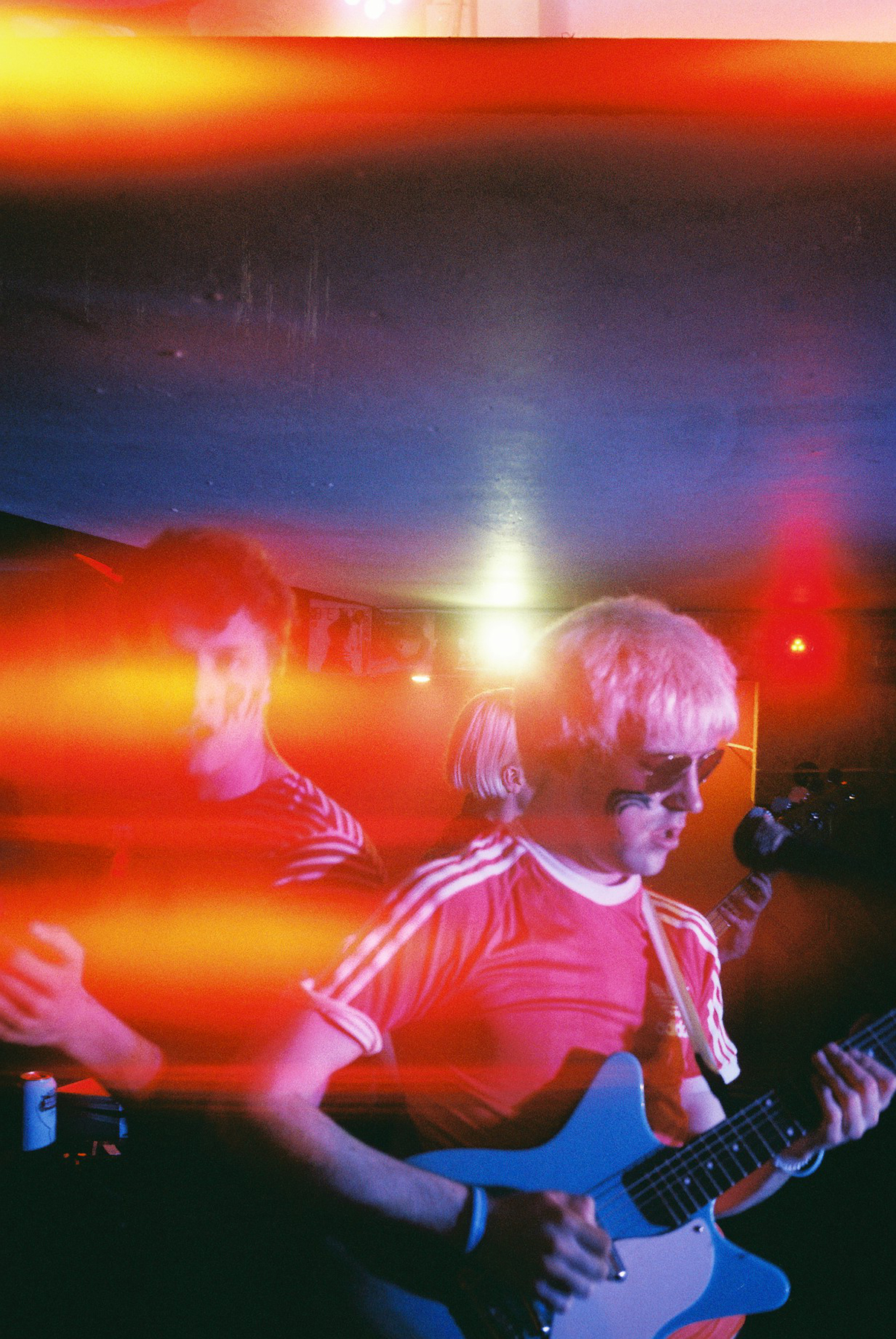 So, starting last year, Thomas embedded himself within the worlds of the city’s acts and artists, capturing them as a united, collective force.

“This is only a small section of [the scene], but even among these bands there are so many unique sounds,” he explains. “These guys all hang together, some even live to together in the same house but not one of them sounds the same.”

“As a photographer, it’s interesting to me because there’s genuine feeling there: a sense that these guys want to create good art, to make something memorable. They have the right reasons to create.” 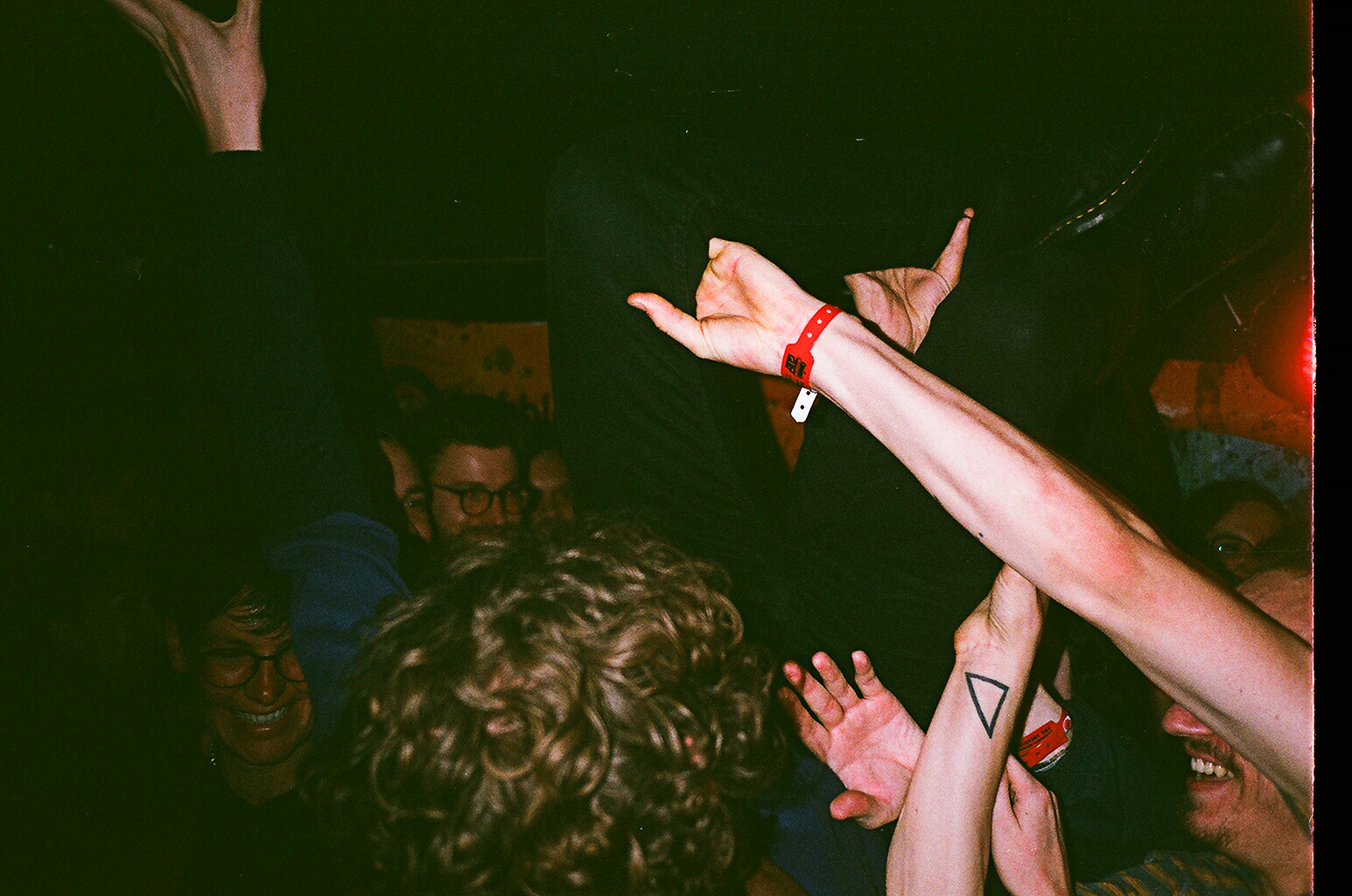 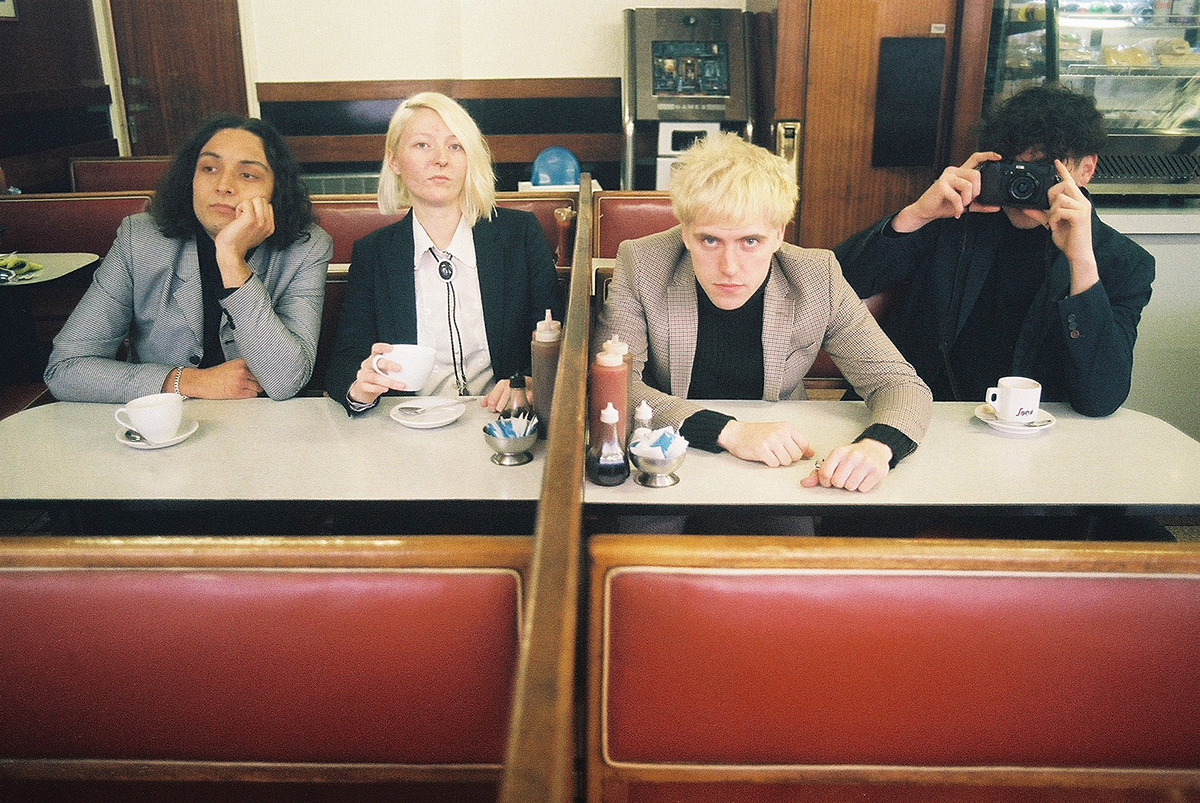 After a year’s worth of shooting, the photos have now come together for a new exhibition. Titled A Scene Within A Scene, the show depicts an eclectic group of musicians with a mutual respect for each other’s work.

Featuring Boy Azooga alongside the likes of Sock, Private World, Rainbow Maniac and Buzzard, Buzzard, Buzzard, Thomas’ work is an electric portrait of the city and the musicians that make up its sound. 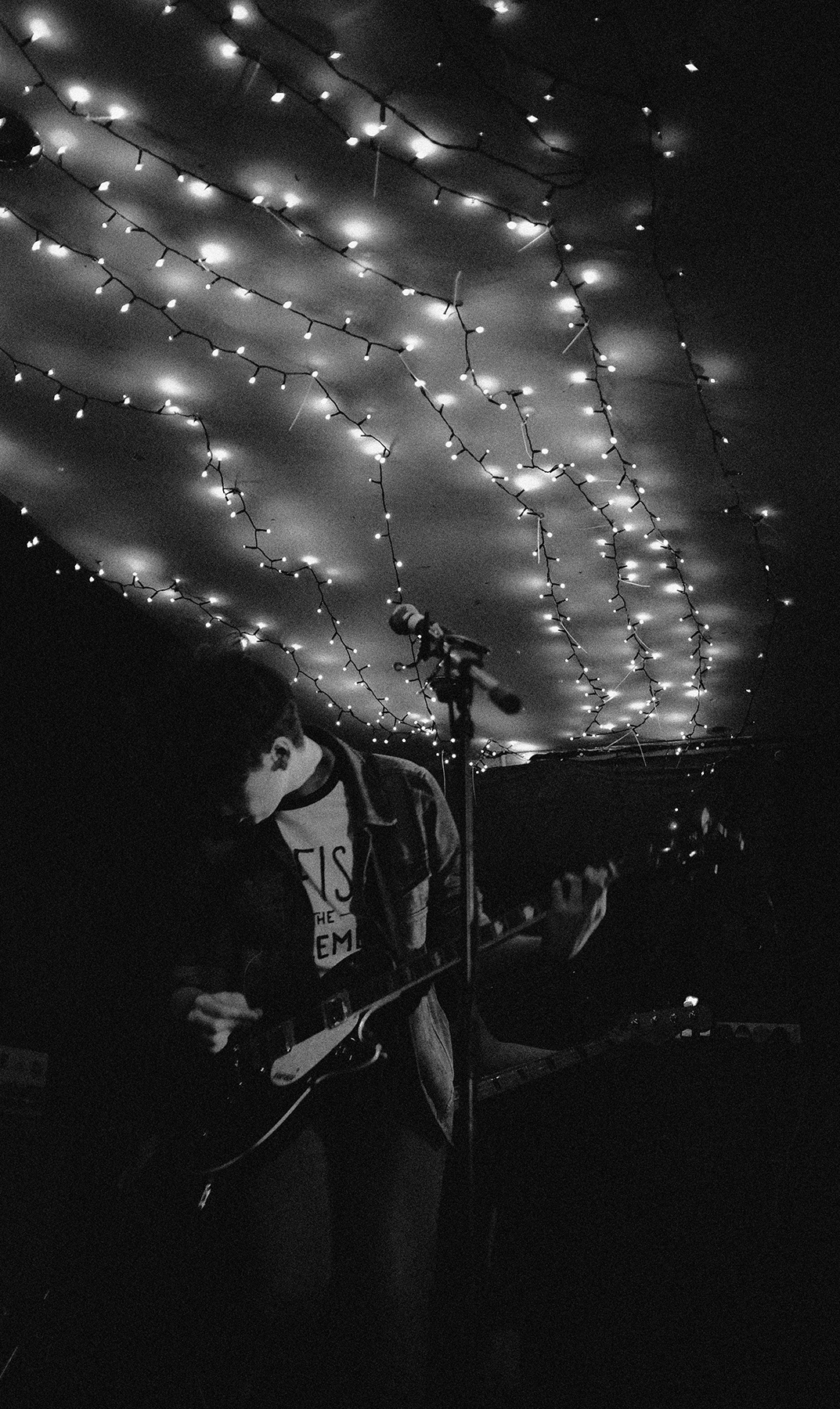 “It’s been a very exciting time for Cardiff music – Azooga appearing on Jools Holland was something else,” Thomas adds. “I was on tour with them when I heard the news they got the slot. I felt like a proud uncle or something.”

“I get the chance to photograph the guys who help fill my Spotify playlists – it still makes me smile when I see that they used one of my photos on social media.” 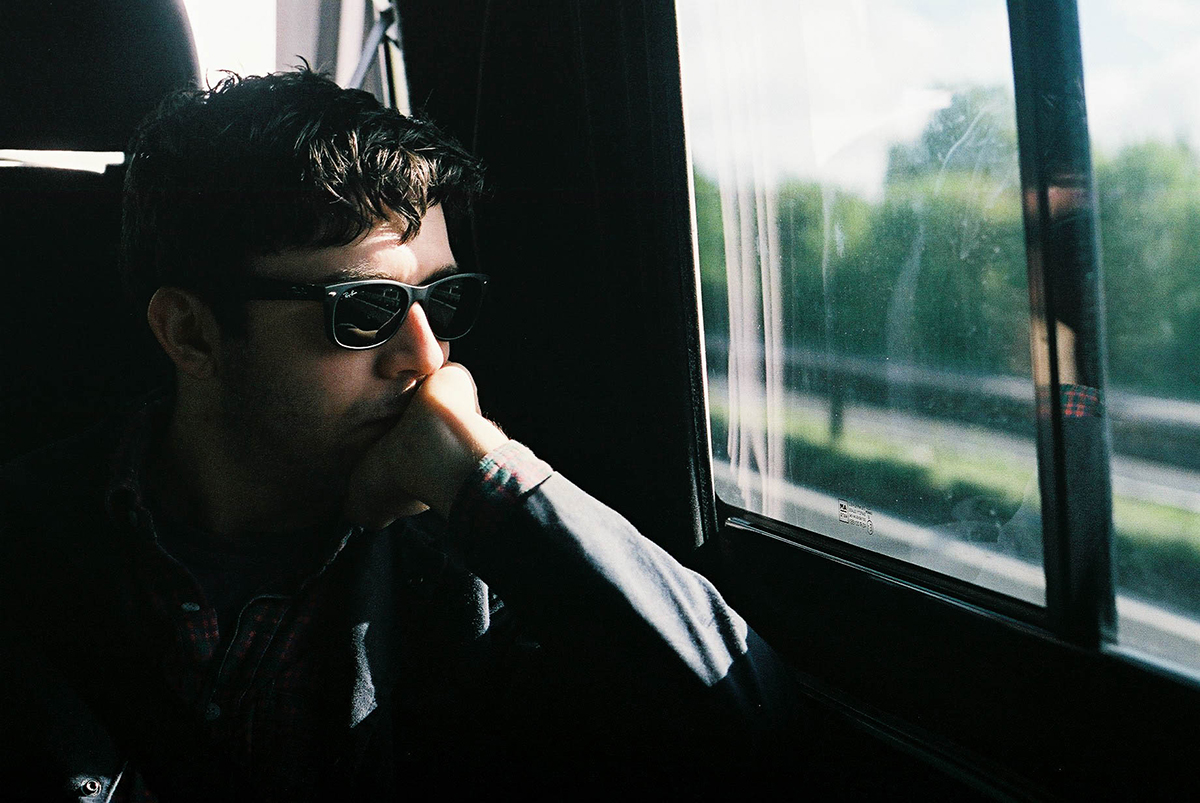 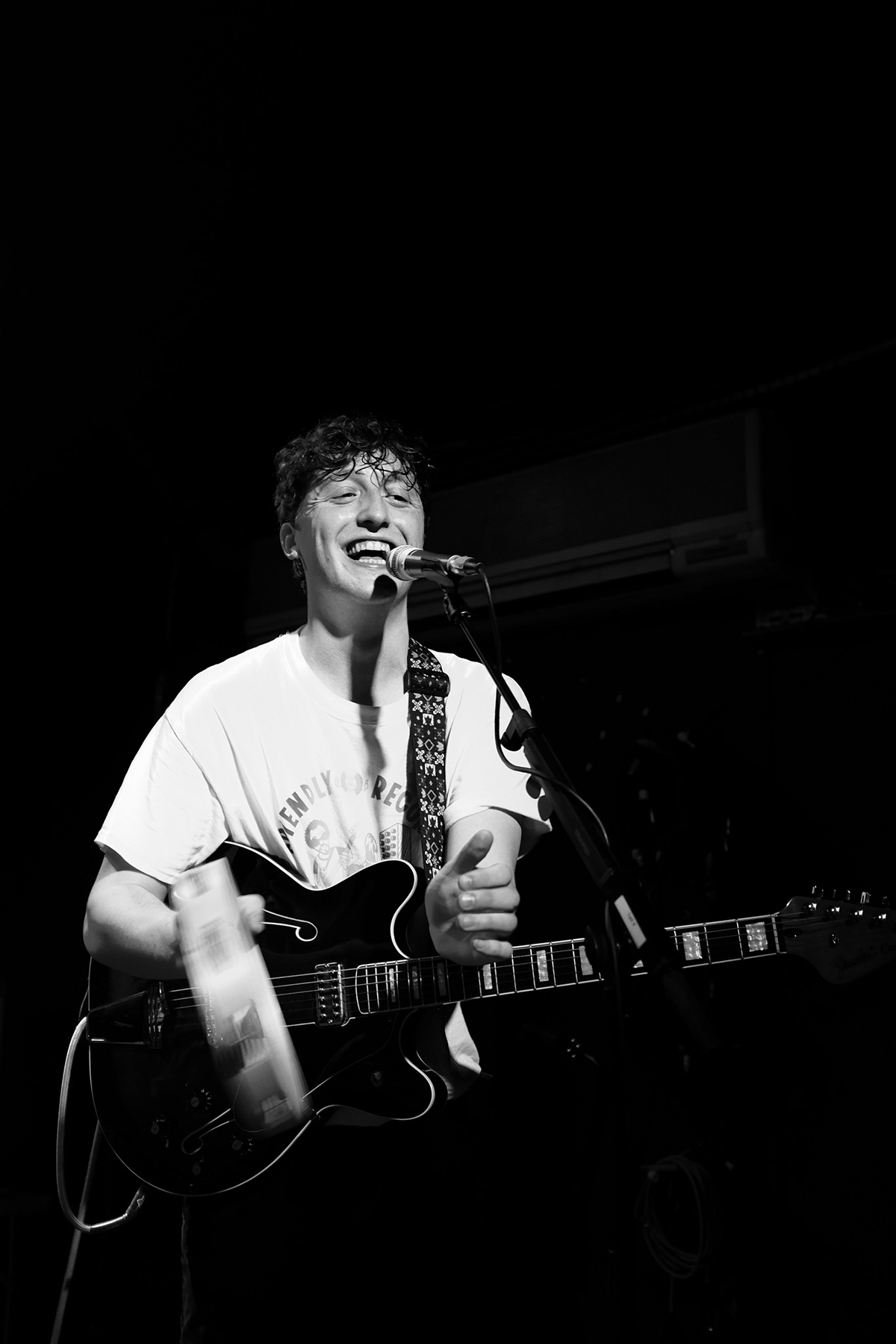 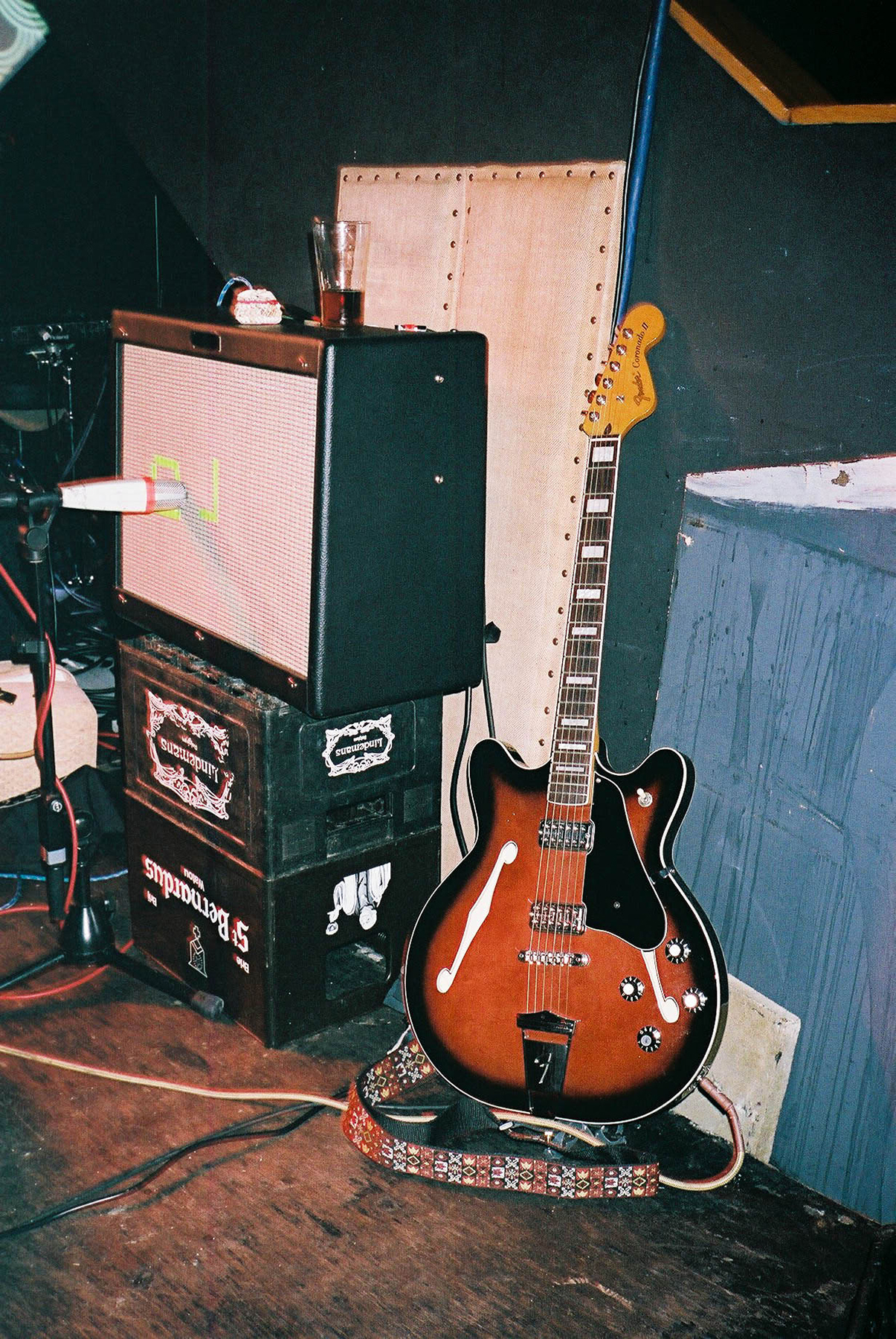 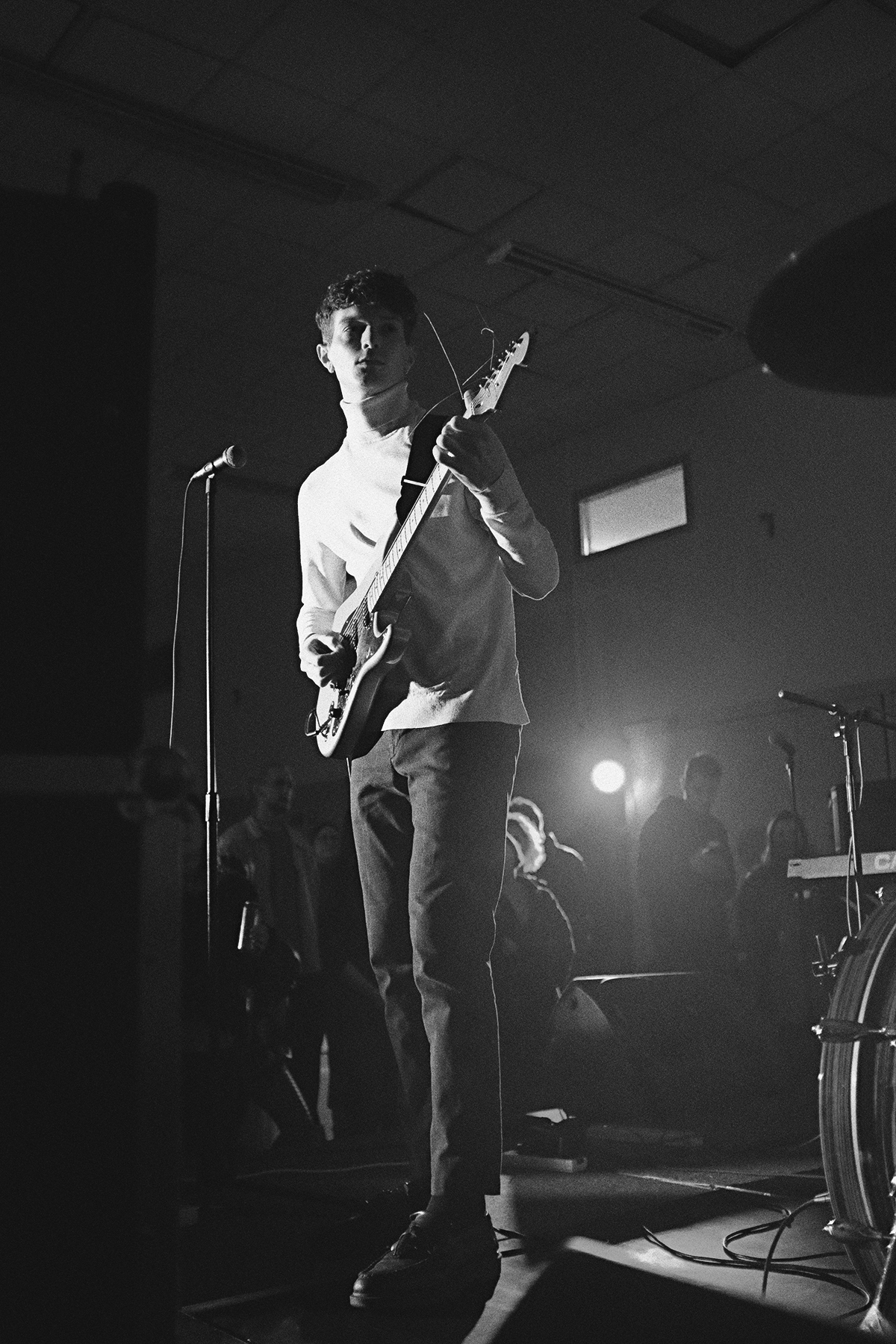 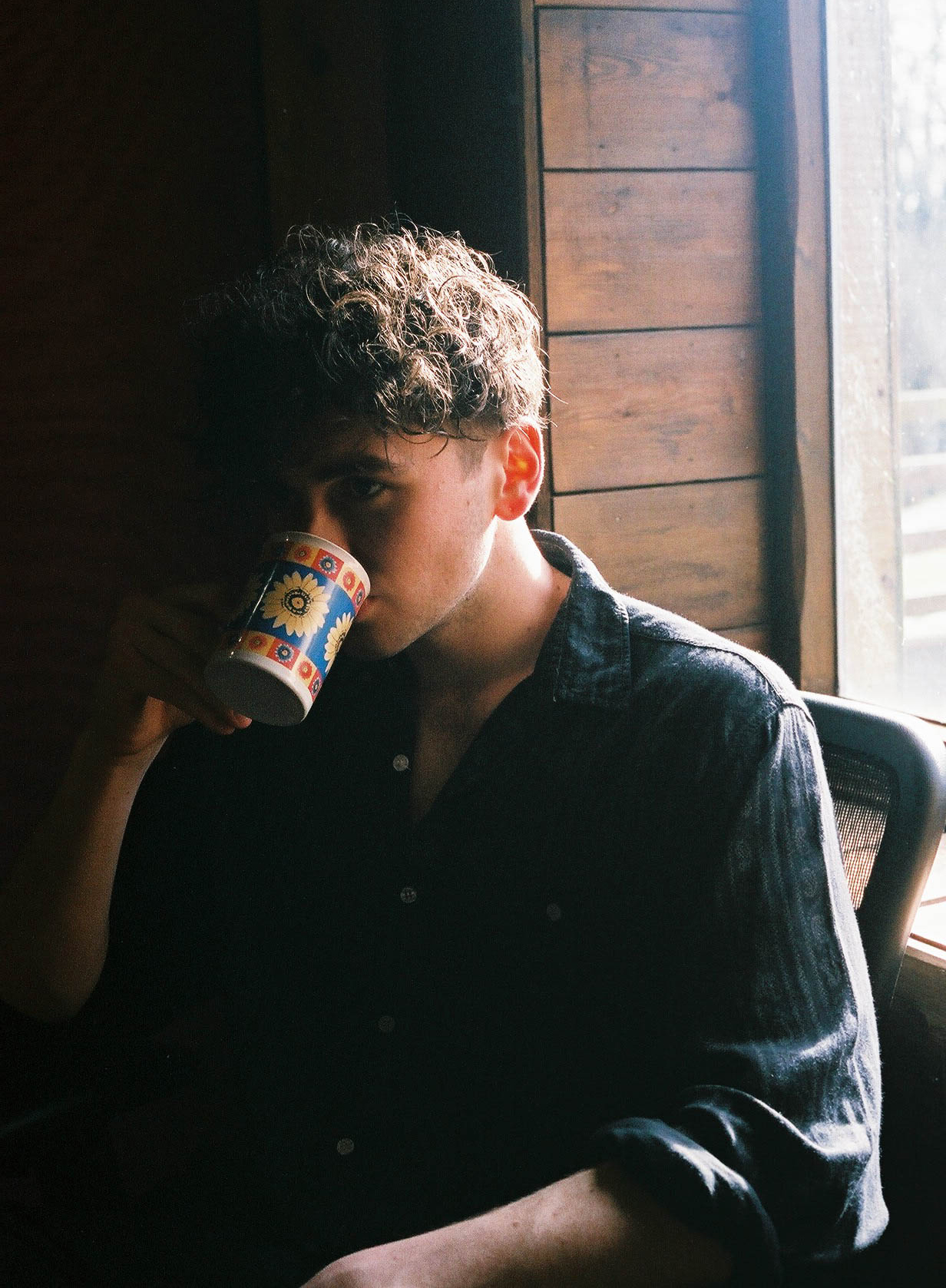 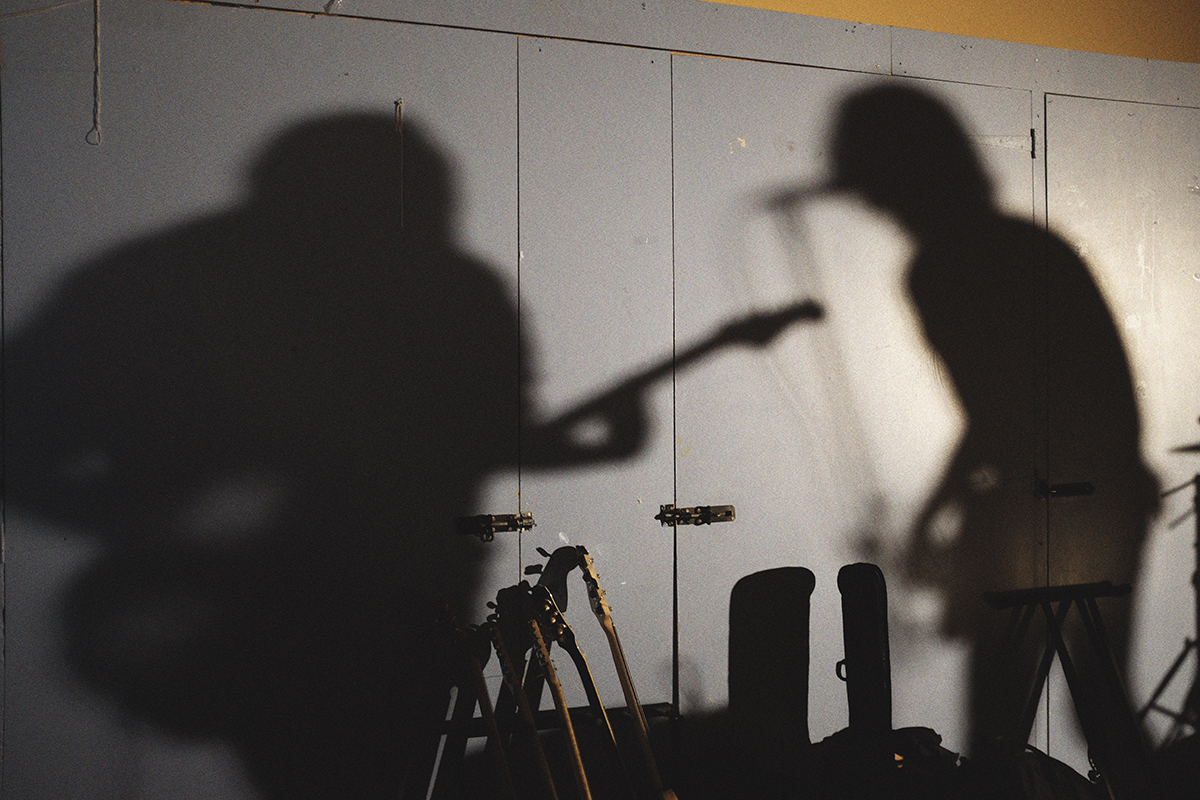 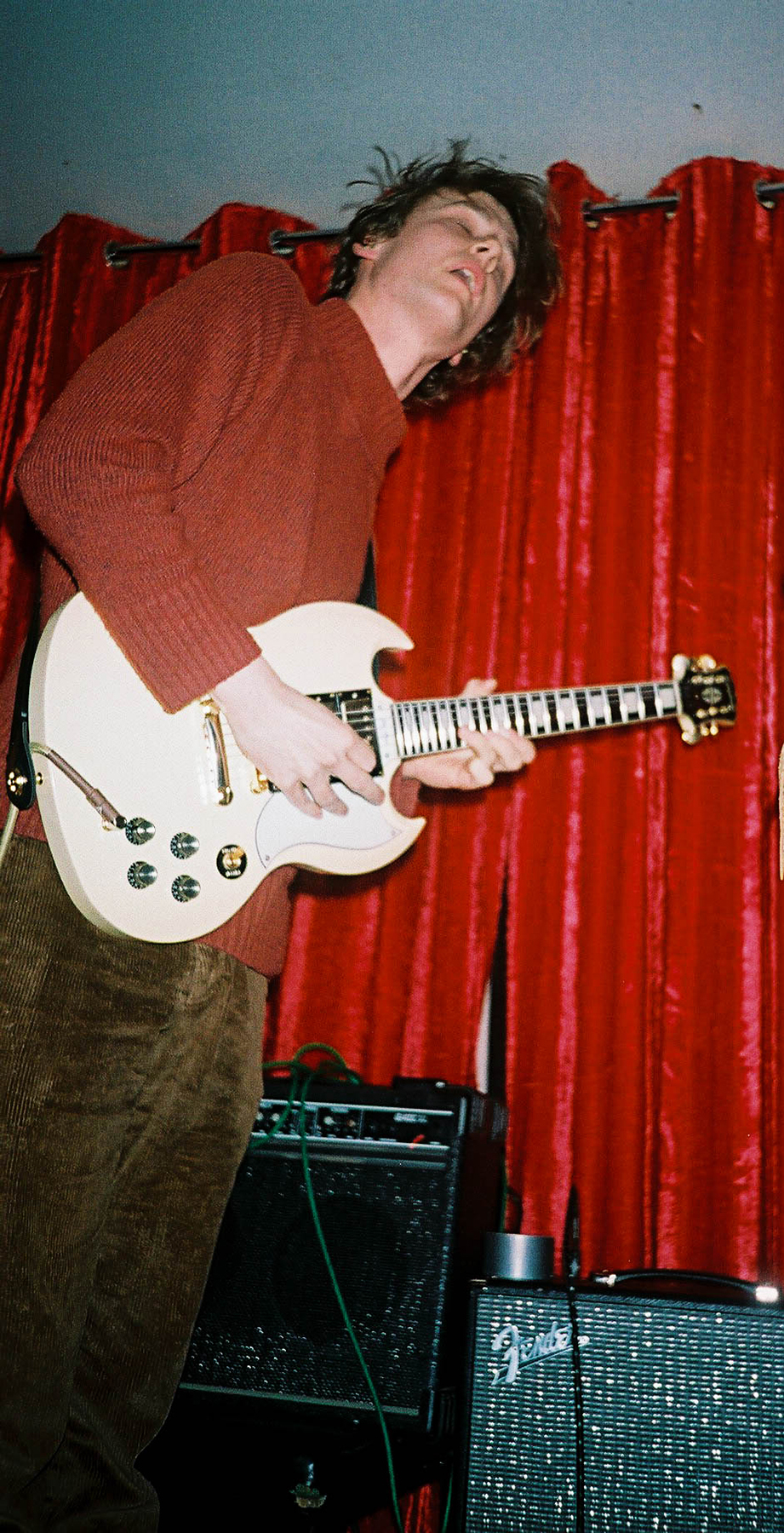 A Scene Within A Scene is showing in two parts, at Cardiff’s CAMPFA and Blue Honey Night Cafe, on 2 August, 2018.

Linkedin
RELATED ARTICLES
OTHER ARTICLES
While protests over abortion rights rage in the US, access to abortion services is still almost nonexistent in parts of the UK.
Following the release of his newly republished 1991 book, Redheads, the American photographer reflects on his celebration of ginger people and their magnetic power.
A group of Ukrainians living in Poland are helping Ukraine withstand Russia’s brutal invasion by buying supplies and shipping them directly to the war’s frontlines.
To mark the anniversary of the mass trespass of Kinder Scout, a group of hikers came together with the intent of creating a new, fully inclusive culture for rural spaces.
The author discusses her blistering new novel about history, revolution and queer love.
In the latest OFFF Dispatch, the enigmatic designer dives into his process, connecting the dots between his unique and varied creative output.