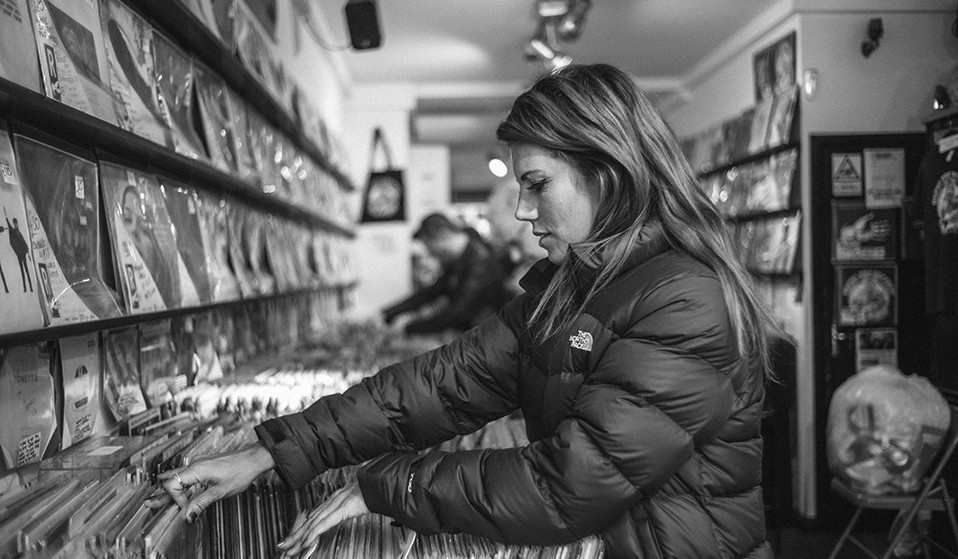 Carly Wilford had it all – from the perfect house to the successful business. But something was missing. Now, as a DJ bridging the gender divide, she’s found her calling.

Carly Wilford had it all – the perfect house and the successful business. But something was missing. Now, as a dance music DJ bridging the gender divide, she’s found true fulfillment.

Carly Wilford’s face lights up as she reflects on the decade she’s spent as a DJ, talent scout, and co-founder of dance music collective SISTER.

She recalls standing on stage in an old fortress at EXIT Festival in Serbia watching thousands dancing as the sun rose. “It made me realise how music could bring people together,” she says. 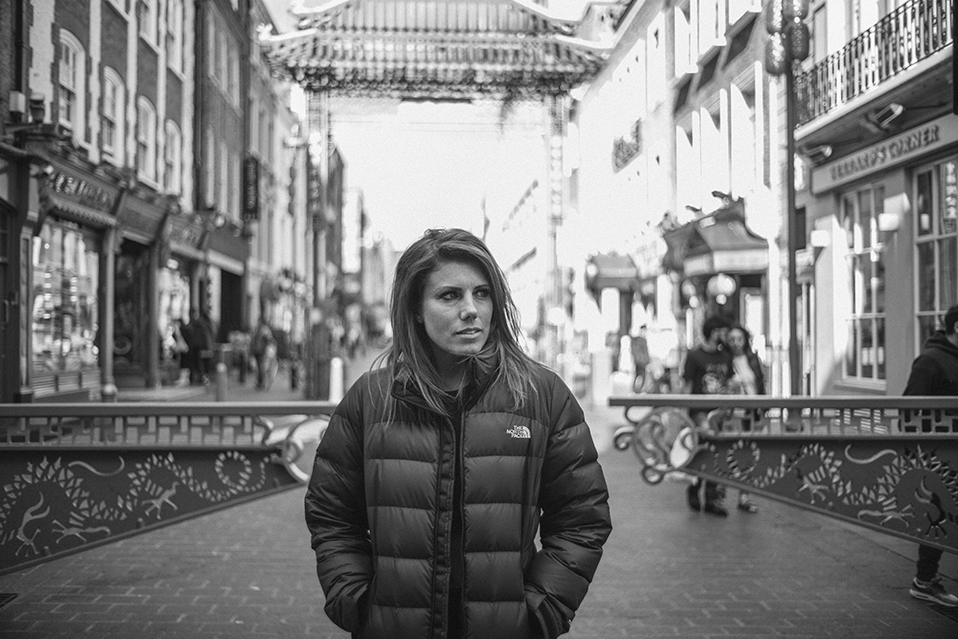 Or the time she was DJing in a big club in Cologne: “There were people hanging off the ceiling. I had sweat in my eyes. It was one of those moments where I had to really step up and hold the crowd, and it was one of the best gigs I’ve ever played.”

It’s hard to believe that, 10 years ago, she was on a much more conventional path. “I had the house in the country, the dogs, the business, the husband,” says Carly, reminiscing in a Shoreditch cafe. “All the things everyone thinks that you should go after, I had – and I wasn’t happy. I had to find that happiness within myself.”

A former dance teacher and personal trainer, she spent her time helping other people chase their goals, but eventually realised she wasn’t following her own. When the recession hit, Wilford’s business collapsed, and she took the opportunity to make a change.

“I walked away from everything that I knew and decided to get into music.” She had already taught herself how to mix on vinyl at home and was spurred on by trailblazing DJs like Annie Nightingale, Annie Mac and Mary Anne Hobbs. 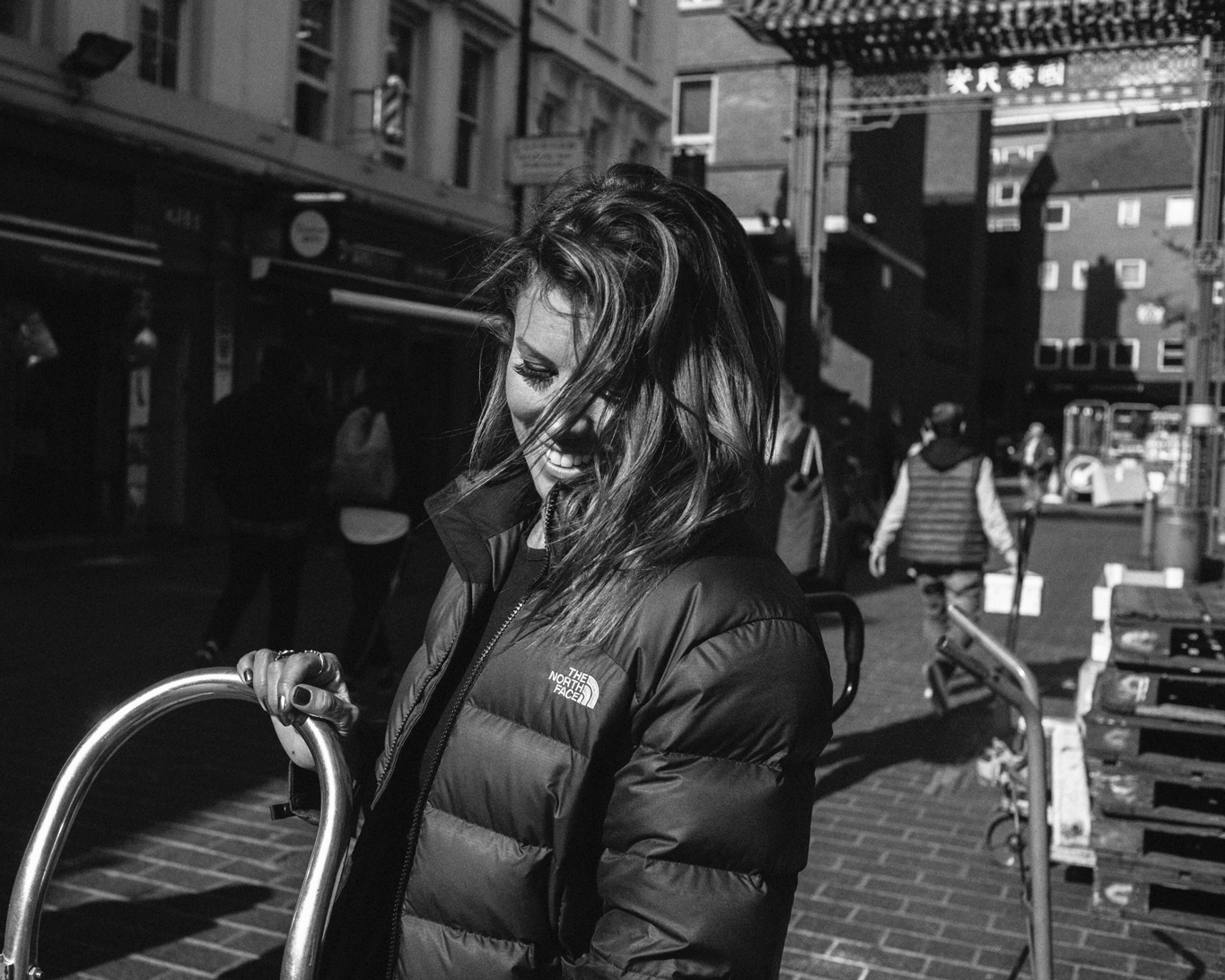 It was the beginning of the digital-influencer era, and Wilford built up an online following, learning from her heroes and forging the connections she needed to start DJing in clubs, presenting radio shows and championing artists such as Skrillex and Sam Smith, who went on to become superstars. She now works as an A&R person for Skrillex’s label OWSLA, as well as helping to run SISTER.

The collective – encompassing rappers, DJs, producers and videographers working with bass music hip hop and grime – has its own radio shows on digital station Dash and Kiss FM Australia.

It was created as a support system in the industry, with a fairly even gender split between the members.

“We didn’t want to create a polarity,” Wilford says. “We live on a planet with 50% men and 50% women, and we need to strive for that [balance] in not only music, but also government and corporate companies.” 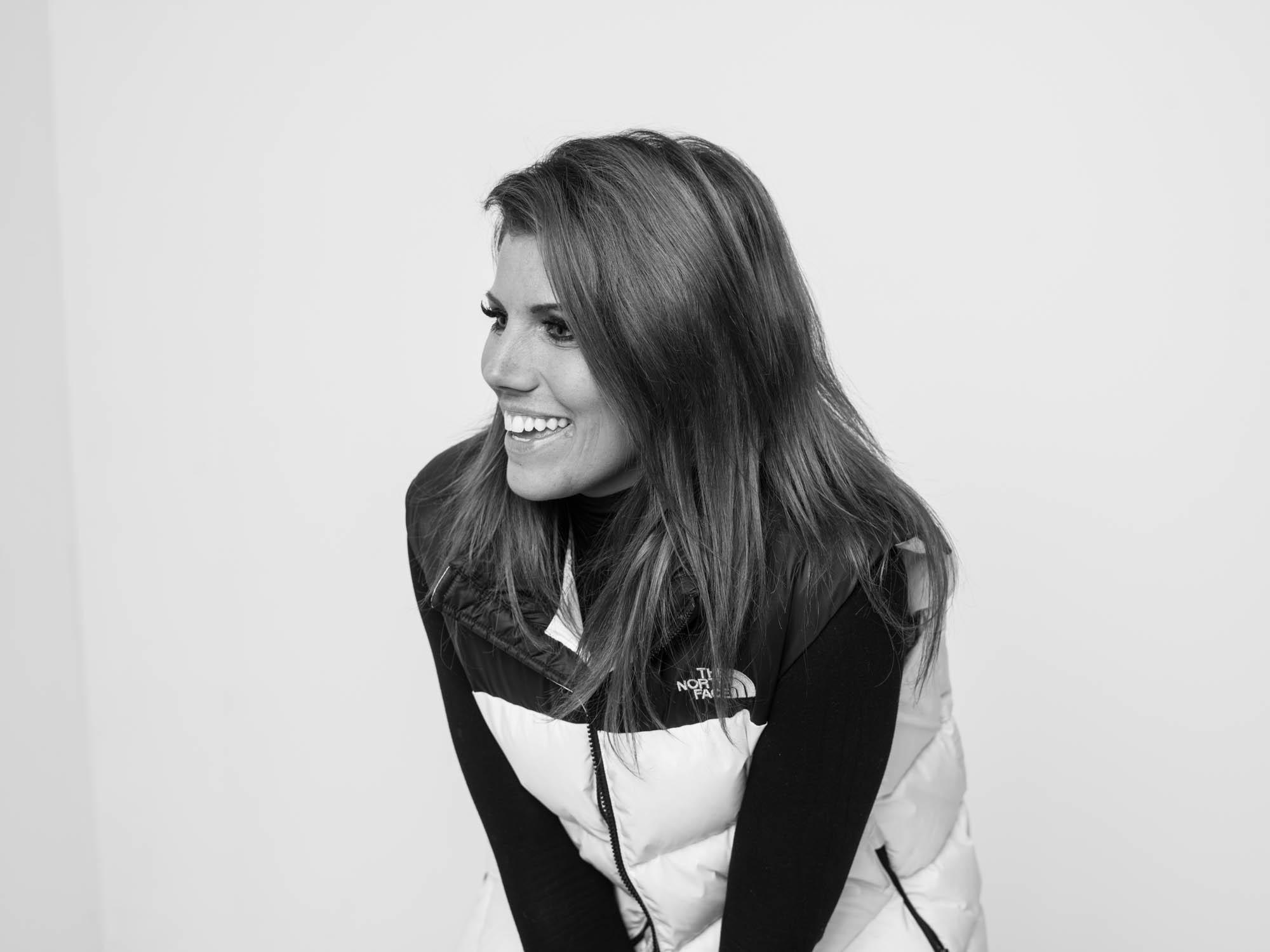 The ultimate plan is for Sister to become a record label, too, and sign some of the artists it already works with.

We’re still some way from the gender parity that Wilford envisions, but the global #MeToo and Times Up movements, highlighting the harassment and prejudice faced by women at work, is making an impact on many creative industries.

“I believe that we’re living through one of the most pivotal times in our generation’s history,” she says. “It just makes you feel that you haven’t been losing your mind. These things are really happening, and it isn’t okay. Now boundaries are being reasserted.

“I’ve had things happen to me personally that I kept quiet about, that I was probably quite embarrassed about, and that held me back,” she adds. “What’s been incredible over the past few months is that there’s been a real solidarity, with women – and guys – people speaking up and holding each other’s hands.”

Dance music hasn’t quite had its ground-shaking Time’s Up moment yet, Wilford says. The Forbes list of the world’s 10 highest paid DJs featured no women yet again last year; there was only one woman for every four male DJs on the worldwide festival circuit in mid-2017, according to a study by the group female:pressure. 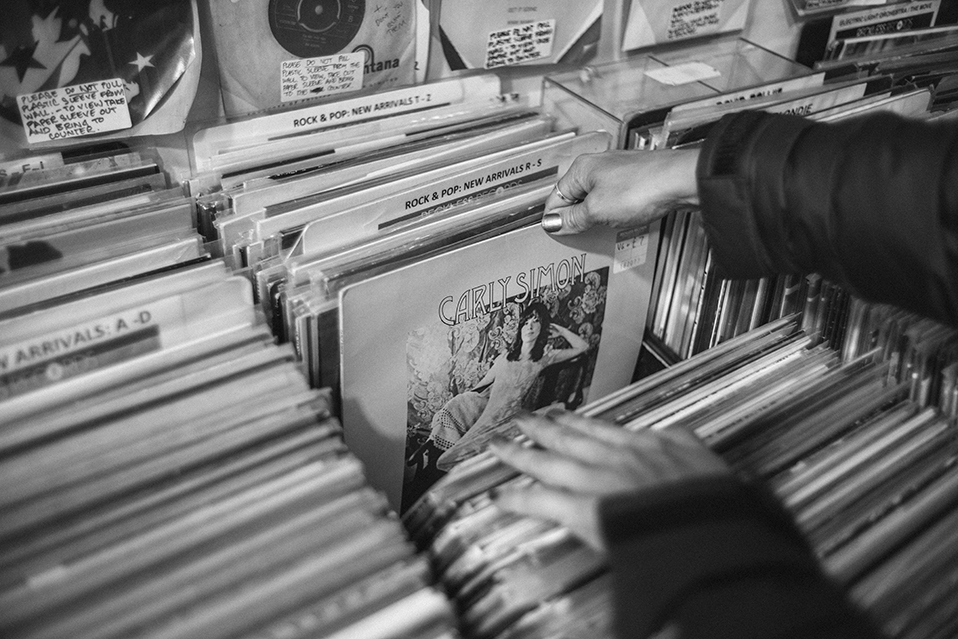 That’s actually twice as much female representation as there was five years ago, but it’s nowhere near equality. Still, Wilford has plenty of advice for women who have their heart set on being a DJ.

“Know that however lonely you feel, you’re never alone,” she says. “Even if the people around you don’t understand you, your tribe is out there.”

The second lesson is to “know who you are: the bits you like and the bits you don’t. When you’re getting into any industry, you hear loads of advice from different people. But you might be here to do something completely groundbreaking and if you were to listen to [everyone] then it might throw you off track.”

She gestures towards her electric-blue hair and yellow tartan coat. “There was a time when I felt like I should conform. Now I literally don’t care.”

Stepping away from the well-trodden path may mean you have to fight through weeds. 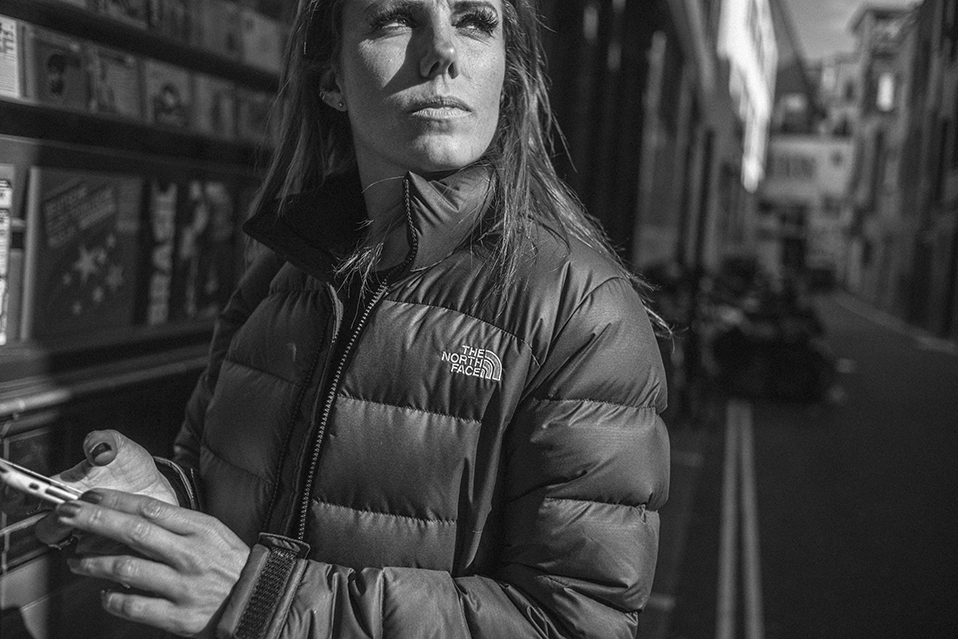 There were times when Carly was unable to afford a bus fare, having been comfortably off in her previous life, and as her friends paired up and started having kids, relatives questioned why she stayed single for seven years while roaming the world and forging her career.

“There has been so much that could have made me give up,” she says. “But on the other side of that is always something so big that it’s worth going through.”

“Do what makes you come alive,” she adds, “and that’s different for everybody. If there’s an inkling inside of you that there’s a bigger world out there, and there’s something for you to do, then go out and grab it, because it’s there for the taking.”

Linkedin
RELATED ARTICLES
OTHER ARTICLES
Over the weekend, the United Families & Friends Campaign organised a protest calling for an end to deaths at the hands of the police.
A centuries-old tradition is offering families a way to honour the deceased, reports Arbab Ali.
The Egyptian government are continuing the repressive mistreatment of environmental campaigners.
Photographer Ira Lapu documents the lives of ordinary Ukrainians living amid a brutal conflict.
We catch up with the singer in her London studio to connect the dots between music, painting and her relationship with the city.
With the singer’s tour in full swing, we sat down the musical production company who made the electrifying show possible.