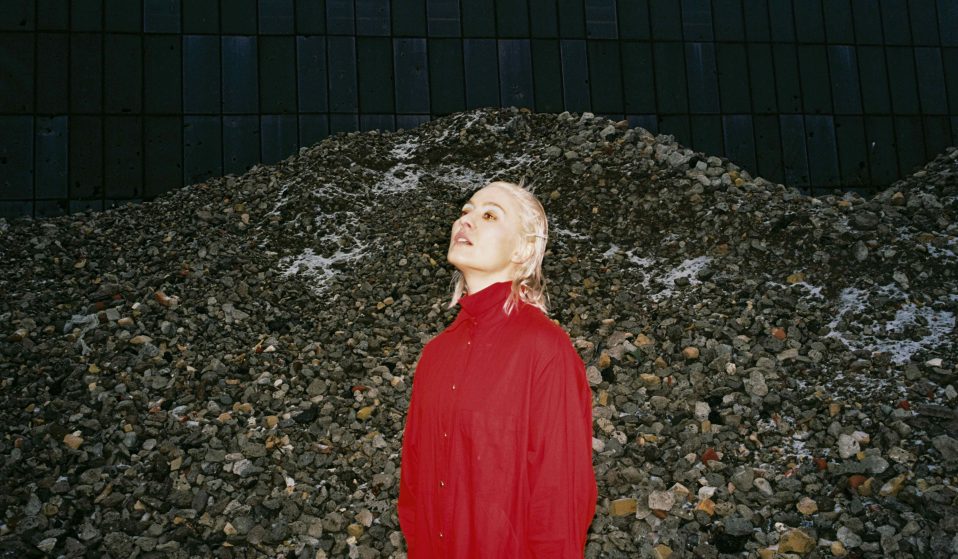 After spending a year in isolation learning how to build chairs, the Welsh musician is back with her most personal album yet.

After spending a year in isolation learning how to build chairs, the Welsh musician is back with her most personal album yet – a collection of songs which explore the melancholy of being alone.

Cate Le Bon has been living on her own halfway up a mountain for a year, learning how to build furniture. After a decade of touring, recording and producing, the Welsh singer-songwriter had to escape, so she rented a cottage in the Lake District and shut herself away “like a retired schoolteacher” with just her elderly landlord Patrick for company.

“There’s a strange romanticism to going a little bit crazy,  playing the piano to yourself and singing into the night,” she says, describing the lonely process that led to her upcoming album Reward – a record made up of “the most personal songs” she’s ever written.

Composed on a second-hand piano, it’s an album in which you feel the longing and melancholy of Le Bon’s year in solitary – never more so than in the haunting cries of “I love you” on ‘Daylight Matters’. Though Reward moves away from the angular guitar riffs that have earned Le Bon the admiration of her peers and collaborators, it’s unmistakably her: lilting Welsh brogue, and absurdist yet intimate lyrics.

“It’s always a bit of a shock coming back,” she adds. “But I’m really excited.”

Before you recorded this album you took a year out to live alone in the Lake District, specifically to enrol in a furniture-making school. Why did you feel the need to get away?
I’d been fantasising about a chance to learn how to build furniture for a long time. Often with those things, you’re waiting for someone else to grant you some kind of permission to do it.

I guess I’ve been in a cycle of recording, touring, making records as DRINKS with Tim Presley. It’s been four or five years in that cycle and I think it’s good to stop and re-prioritise; to make sure you’re doing it for the right reasons, and not because you’re just going through the motions.

But a year in solitary? That’s a lot.
People came and went but when I was there alone, I was really alone. I felt like I may have lost my mind a little bit at times – genuinely. I was living in an old cottage by a river and it couldn’t have been more idyllic, but there were times when I really felt the presence of the house.

I made a lot of decisions that completely changed the architecture of life. With a year of making furniture in the Lake District, you can concentrate on the montage of all the good bits and the romantic parts. It lets you do a lot of soul-searching. It was the perfect place for a reckoning of things.

And as a result of that reckoning, you’ve produced what you’ve called your most personal album to date.
The songs are very instinctive. I’m writing songs from a place that I don’t think I’ve allowed myself to write songs before. Or if I have, I’ve written them off as something that’s not the type of song that I want on my records. It’s just nice to embrace those types of songs and those types of emotions and feelings.

I would tell you that these are a set of the most personal songs I’ve ever written and they’re still cloaked in ambiguity. But then the ambiguity is a means to connect to people anyway, people can attach their own meaning. Absurdity as a way to engage is more interesting to me than being direct. 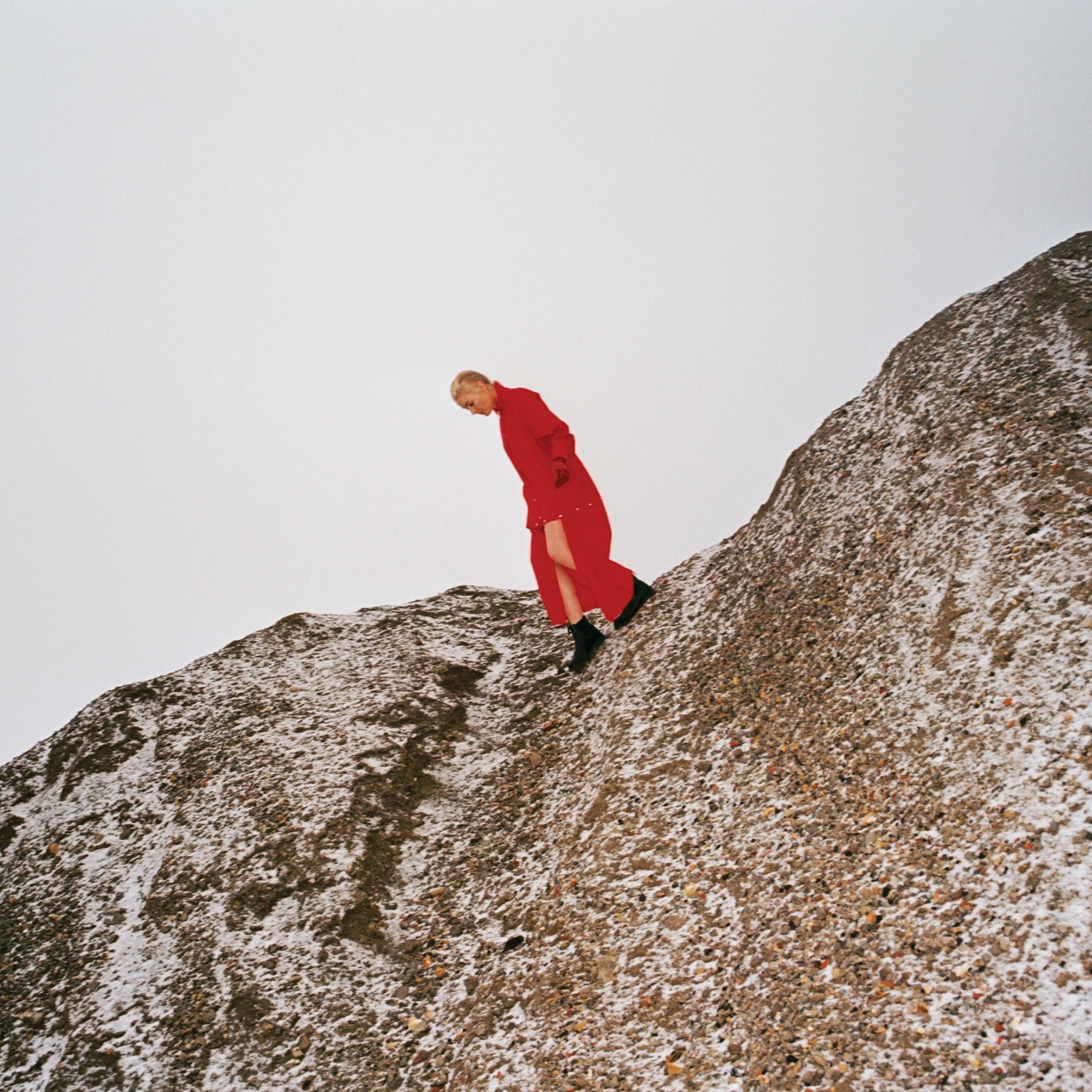 Do you worry that something so personal to you could be misinterpreted?
People are always going to misunderstand, everyone is going to digest things differently. It’s not mine to control that and I think that’s lovely. When it’s almost stream of consciousness writing it’s open to interpretation like that – even for me, it’s like a letter from the past and I can look back on it now and say “Oh, I think I know what that means now.”

How was the furniture making?
Oh, just unbelievably nourishing and really physically hard. But just so meditative and really grounding. It taught me the art of patience. You can spend two weeks making a jig.

You’re obviously interested in the physical craft.
It’s like an antidote to anxiety and panic attacks. You can just immerse yourself in something that’s completely meditative. You don’t think about anything other than what you’re making. Unlike touring, which is an intangible thing, working on something solid with a routine can be grounding. It’s just a lovely process.

The album also breaks new ground for you in that you’ve moved away from a focus on guitars. You composed it on a piano instead.
There’s something about composing and playing the piano when you’re by yourself that’s appealing. It can be quite a self-indulgent, dramatic instrument. Obviously, I had guitars around – but I was drawn to the piano. Sometimes change is as good as a rest.

Was it difficult to emerge back into the world after all that time alone?
I finished [furniture-making] school on a Friday and on Sunday I started working with Bradford [Cox]. Bradford and I have been friends for a long time but I’d never actually worked with him in the studio, so it was a baptism of fire back into music in the most spectacular, extraordinary way.

It was like a switch and everything felt like it had been a dream. Immediately I had to be back, collaborating with Bradford, producing the Deerhunter record, and then starting on my own. There was no soft entry back into the world of music. But I think that’s probably for the best.

We’re living in such turbulent times. A lot will have changed while you were in your self-imposed isolation.
It’s like we’re living in about 10 different realities and dimensions at once – but somehow on top of each other. It’s so difficult to have a full view on what actually is going on, you know?

Sure…
I’m in an industry where people are quite like-minded and have similar political and social views to you. So it was quite strange being taken out of that and put in a school with people from all walks of life.

The general election was happening. I had to remove myself from so many lunchtime debates, because it was the first time in a long time I’d been confronted with some views I just couldn’t believe. Some people do love Theresa May, you know? People talk like she’s some fucking hero. You have to keep your cool – especially when there are tools around that you could use as a dangerous weapon.

So that was strange, running away to the Lakes because everything’s gone to shit. But then actually being confronted with some really strange and backward – or, you know, just different – views.

You’ve mentioned that ‘Mother’s Mother’s Magazines’, a song on the new album, is inspired by ‘being around a lot of really fed-up women’. Is that who you meant?
Oh, that’s my mother and my auntie. They’ve been in these institutions and jobs for so long where they’ve put up with such shit and they’ve decided, ‘Fuck this, enough is enough.’ It’s quite funny having my mum going to all these marches and reading everything she can and telling me about it.

I come from this lineage of women who are dealing with the same things. You’ve just got to hope things are going to get better.

Reward is out on Mexican Summer on May 24th.

Linkedin
RELATED ARTICLES
OTHER ARTICLES
Jermain Cikic reflects on his experience of visiting the island of Samos, Greece, in the summer of 2021.
Those set to be impacted by the governments ’undemocratic’ bill explain why it risks silencing them.
Hundreds gathered together to protest the policing bill by making as much of a racket as possible.
The photographer reflects on building trust with his subjects and using the street as his studio.
With abuse of call-centre staff on the rise, many are now speaking out about the hostility they’ve faced.
Photographer Alice Mann reflects on capturing the camaraderie and discipline it takes to succeed in a highly-competitive sport.