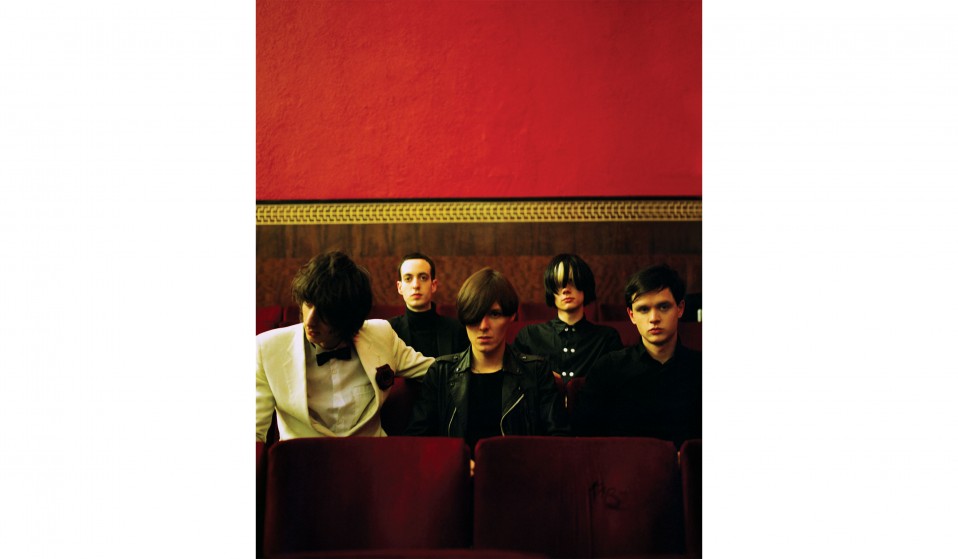 Photography © The Horrors by Pavla Kopecna

Loud And Quiet’s reputation has grown steadily since it began life as a fanzine in 2005 - thanks in part to its eye-catching music photography.

Loud And Quiet’s reputation has grown steadily since it began life as a fanzine in 2005 - thanks in part to its eye-catching music photography.

Stuart Stubbs began Loud And Quiet in January 2005 to write passionately and insightfully about the music he loved. Over the years, it has grown from a fanzine to a free music magazine with a strong reputation on the independent publishing scene.

Alongside great music writing, the magazine has become notable for its unique and eye-catching photography, which is celebrated at 10 Years of Loud And Quiet: A photography exhibition at Oslo in Hackney.

Huck caught up with Stubbs to talk about the magazine’s origins and what makes its photography so distinctive.

What first motivated you to start a music zine ten years ago?
I’d left university and romanticised being a music journalist, but it turned out that when emailing the existing titles at the time for a job, they received hundreds a day like that, so I figured it’d be easier to start my own fanzine.

I’m a very impatient person, really, but it worked in my favour because, actually, the magazines I’d started to contact for a job weren’t ones that I particularly loved. Really, I needed to start my own fanzine to make sure that I could write about what I wanted, how I wanted.

At the time if felt like the music magazines out there (and there really weren’t many) were featuring the same bunch of bands, and I wanted to do something that discovered new music, and presented it in a way that was then reserved for established acts. I wanted to publish in depth interviews with the bands and artists that would value it more than, say, Oasis. 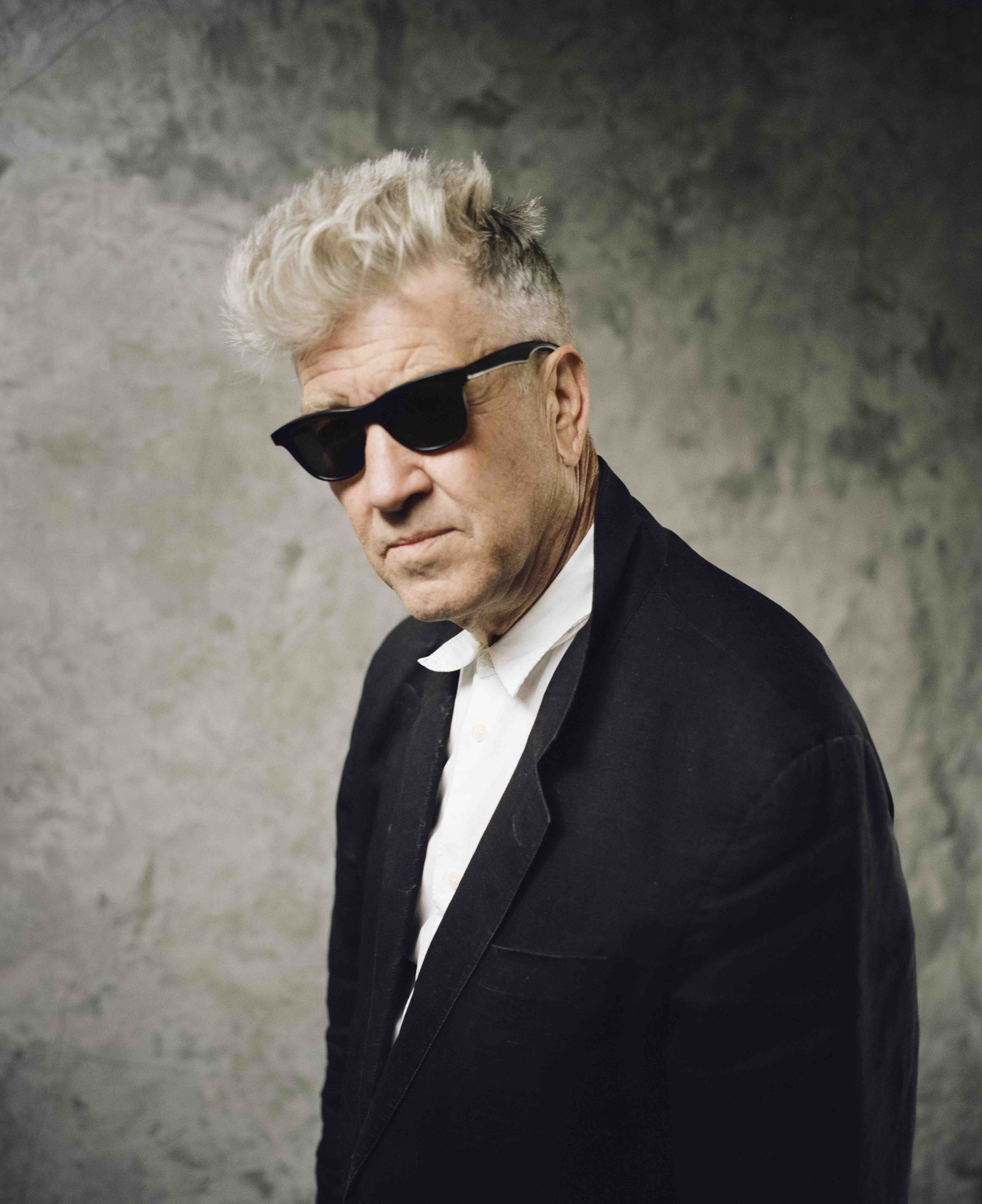 What sort of zines and photographers did you take influence from when you started out?
I’ve always worked with my head down a little bit, on that front. The early concept for Loud And Quiet, though, was kind of inspired stylistically by high-end fashion magazines (from Dazed and i-D to all those ones you only ever seem to see once, but cost £15), crossed with ‘in depth’ writing. It certainly took a while to get each of those elements right, but that was the idea – a music magazine that was designed in a very sleek way, with great photo shoots. There’s a bit of a myth that any music resembling rock’n’roll or whatever you want to call it has to be presented in grungy or amateurish way in order for it to be considered authentic, and I wanted to try to prove that wrong a little bit. 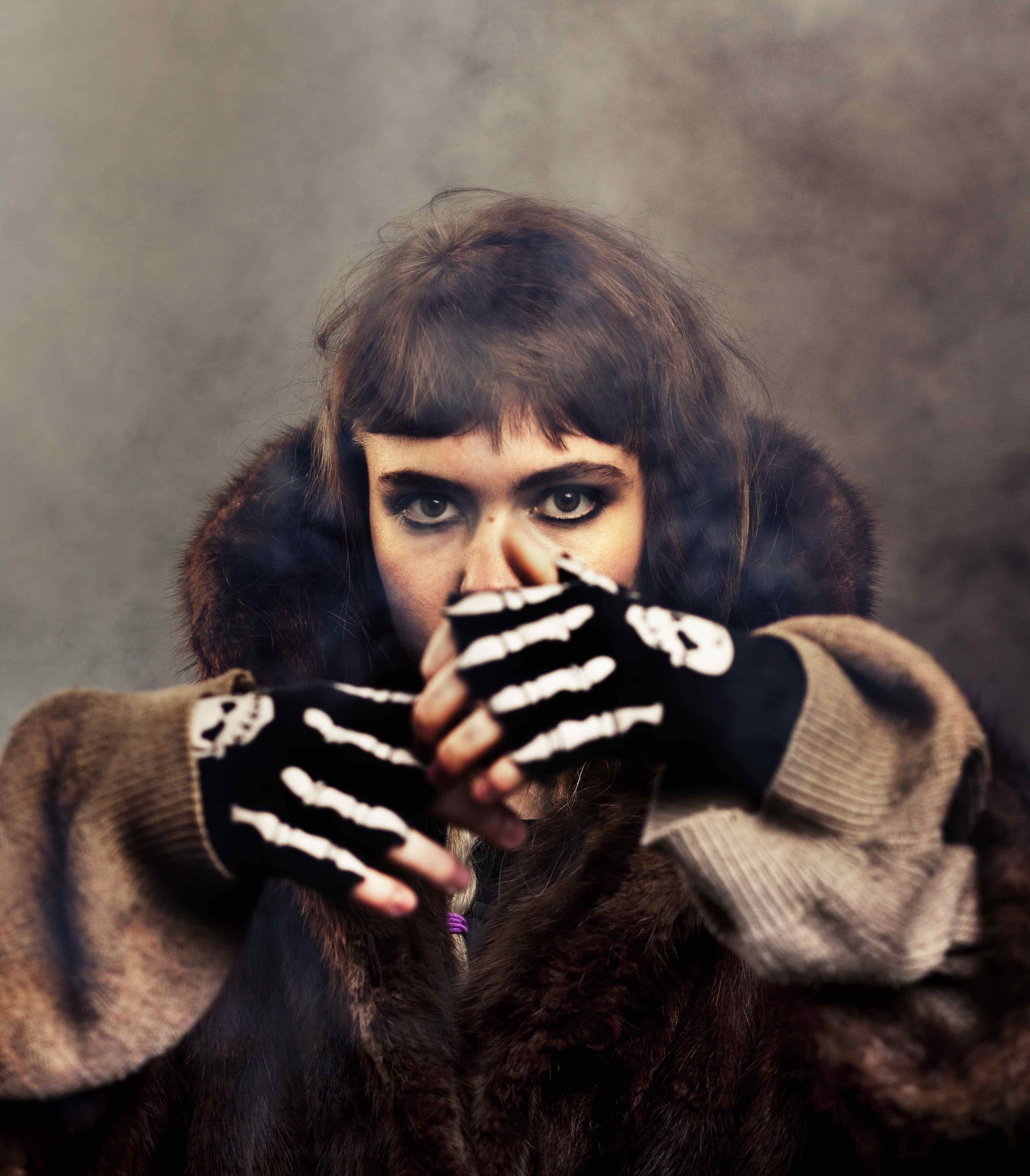 How do you feel the landscape of independent music publishing has changed since Loud And Quiet started? How has the magazine itself changed?
There’s definitely more of it around now, which is great. A large reason for starting Loud And Quiet was because there weren’t any ‘alternative’ or ‘underground’ magazines around at the time. Back then there really was just us, The Stool Pigeon, Fact (before it became a site) and Artrocker. There are a few more today, which has changed things a little. I mean, there was a time when we could feature absolutely anything we wanted and be pretty certain that nobody else was going to bother covering it, but now you do need to bear in mind a little if you’re featuring a band or artist who is going to be all over the place.

I’ve always wanted Loud And Quiet to feature things that aren’t around too much elsewhere, and that’s definitely getting harder, not least because now there are a lot of good, big websites that are going after the same kind of things too, and broadsheets have become really switched on to new music, largely due to the fact that popular music is now ultimately free and everyone has an interest in it like they never did before. 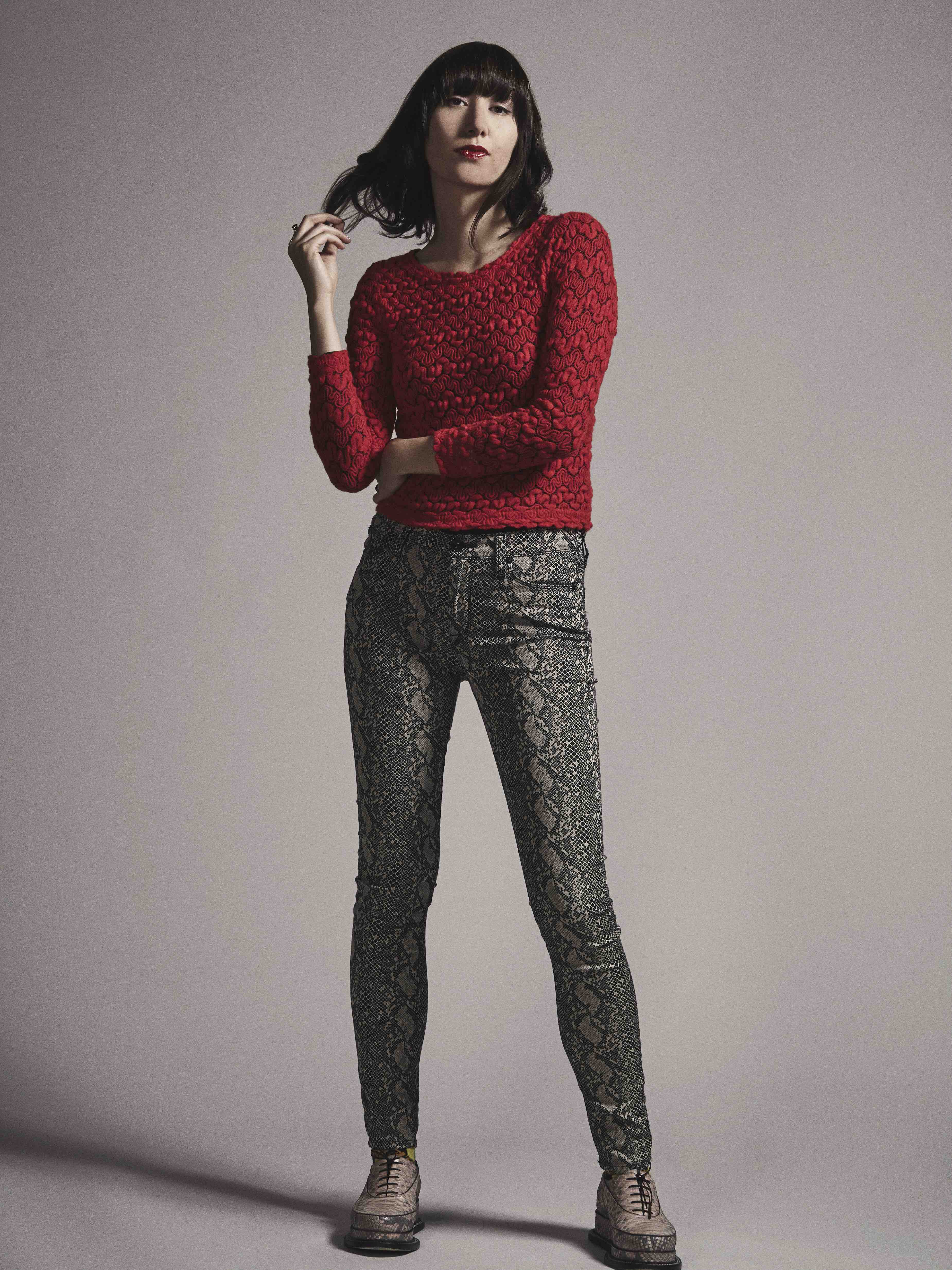 Has the internet been a tool you’ve utilised in equal measure to the print edition?
It’s definitely been a useful tool, although we’ve definitely not utilised in equal measure to the print edition. That’s something that’s going to change as we’ve just employed a web director, who’s a very close friend of mine and knows far more about that kind of thing than I do (he’s leaving his job as the editor of NME.com to whip us into shape). As a man who’s always loved physical magazines, I must admit that until now I’ve been very careful not to harm the appeal of picking up our issues by limiting our web presence, and what does and doesn’t go up online.

The Internet is just so ENDLESS isn’t it? What I like about producing a magazine is that you have very real deadlines and limitations, and once it’s done, it’s done. That said, Twitter is a gift for promoting something you’re doing in the ‘real world’, and our site gets good traffic from people viewing old issues, current news and videos, and from people trying to track down their nearest stockist of the paper. 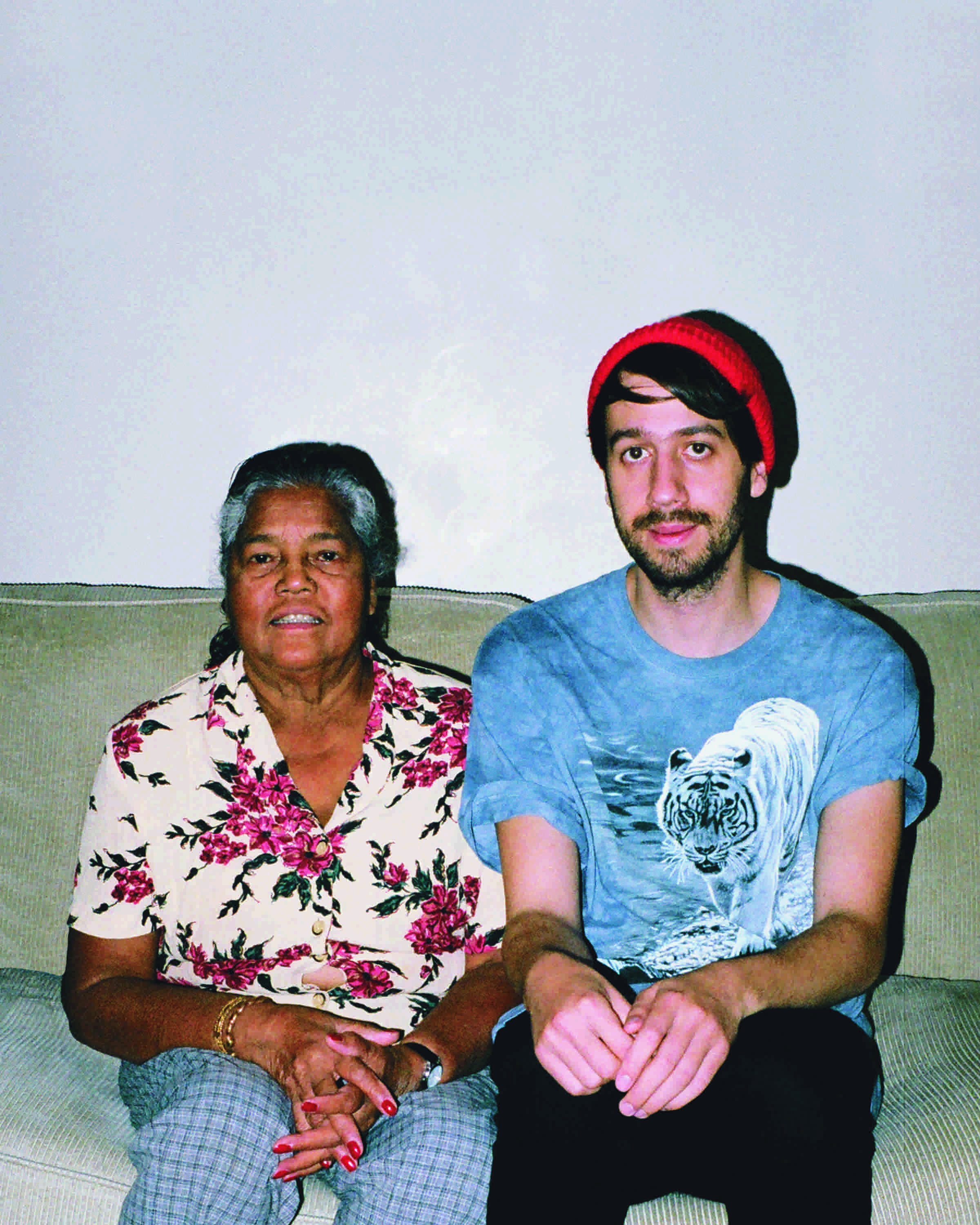 What makes the photography in the magazine so unique?
That’s all down to the photographers, and then our Art Director Lee, who knows exactly how to present them. If I can take any credit whatsoever, it’s only in that I’m not one for setting strict briefs, or much of a brief at all. All of the photographers that contribute to the magazine are very good at what they do, and I’ve always felt it best to let them get on with that and shoot how they want. They have carte blanche really, and I guess what that’s meant over time is that a style has emerged, and now people get in touch to shoot for us if they think what they do is a good fit, rather than if they think they could change the way they shoot to fit in with what we’re after.

How did you choose the photographs featured in the exhibition?
That was really tough. There were some that I’ve always had in mind for this (we were first going to put on an exhibition two years ago), and others I was reminded how good they were when looking through all of our back issues. We wanted to choose a mix of older stuff we shot early on – bands that went on to do great things, like The xx and Metronomy – and some of the special shoots that we never dreamed of doing, like David Lynch in his home in LA, and GOAT’s only photo shoot.

What are some of your favourite photographs featured in the exhibition?
I’m guessing I’m not allowed to say all of them. It is really hard to answer that, but intuitively, one of my favourite covers we did was a shot of Erol Alkan on Old Street roundabout in 2010. He’s hardly in the image (shot by Phil Sharp) and it just really suited Erol’s persona and his whole mythical thing at the time. It’s a great shot and was always going in there.

Around that time, Tom Cockram shot Telepathe for a cover too – the two of them looking down on this mottled backdrop like the ones you’d stand in front of for a primary school photo. I love that one. A real crowd pleaser always seems to be Gabriel Green’s shot of Gold Panda sat next to his nan in her house, but Gabriel’s shot of These New Puritans is really great too. I’ve always like it (in this eccentric boutique hotel in Kensington) but realised just how good it is when we got the print back for the exhibition. It’s probably the image that – colour wise – has printed the best of all.

How do you see the next ten years panning out for Loud And Quiet?
It’ll probably be my undoing, but I’ve finally stopped torturing myself that it’s all going to end tomorrow. Of course, that’s as true as it’s ever been, but that fear haunted me for so long in doing that that I had to let it go. I’ve always thought, ‘Oh god, what if it all goes to shit after this issue?’, and here we are after 10 years. So I’ve decided to try to enjoy it a bit more, because while that fear has motivated me to keep going, it’s a pretty stressful way to live your life.

I hope we’ll still be here, and one of the reasons that we are at the moment is because each year Loud And Quiet has grown slowly and steadily. It’s always felt worthwhile to me, so when people ask if I ever thought I’d do it for 10 years, the answer is probably yes, in as much as I never thought to stop doing it.

10 Years of Loud And Quiet: A photography exhibition is at Oslo, Hackney until November 13.

Linkedin
RELATED ARTICLES
OTHER ARTICLES
A new edition of a seminal book brings together iconic images of the band onstage in their full glory and backstage in moments of unguarded camaraderie.
With inflation now at a 40-year-high of 9 per cent, demonstrations organised by TUC took place to demand action from the government.
Photographer Arthur Grace recalls travelling through the Soviet Bloc and finding ways to evade the surveillance of his work.
In the latest instalment of Photographers in Conversation, the chronicler of raves, protests and beyond explains why he’s drawn to such specifically visceral environments.
Photographer David Hoffman recalls documenting the extreme wealth inequality around Tower Hamlets and Hackney int the 1980s.
In her new book, the author explores the country’s housing crisis in human terms and calls for radical action to address a broken system.