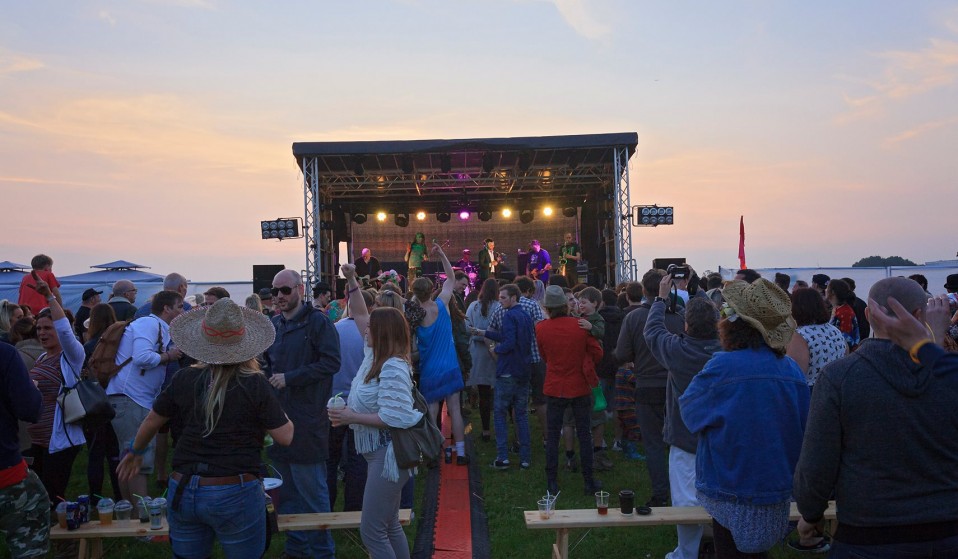 Losing someone you love is painful, especially when they're the kindest, most giving person you'll ever have the good fortune to meet.

Losing someone you love is painful, especially when they're the kindest, most giving person you'll ever have the good fortune to meet. Alice Barnett was one of those people, but at Beautiful Alice Festival - 3 June 2017 - she'll be celebrated and remembered, with headliners including Dub Pistols, The Japanese House and Freestylers.

“There are two ways of spreading light, to be the candle or the mirror that reflects it.”

Those of us who have had the misfortune of losing someone close to us know that a way to move on is to find the good in even the worst of situations. Well, that’s what I’ve learnt anyway.

When you’re lucky enough to know, or even admire from afar, someone truly special, words fail to describe how they can change you. You’ll know if you’ve met one – those ethereal enigmas, those wondrous human beings who appear both indestructible yet angelically fragile.

This was Alice Barnett. The most beautifully giving soul I have ever encountered. At Beautiful Alice Festival 2017 we’ll remember and celebrate her, and I want you to join us. 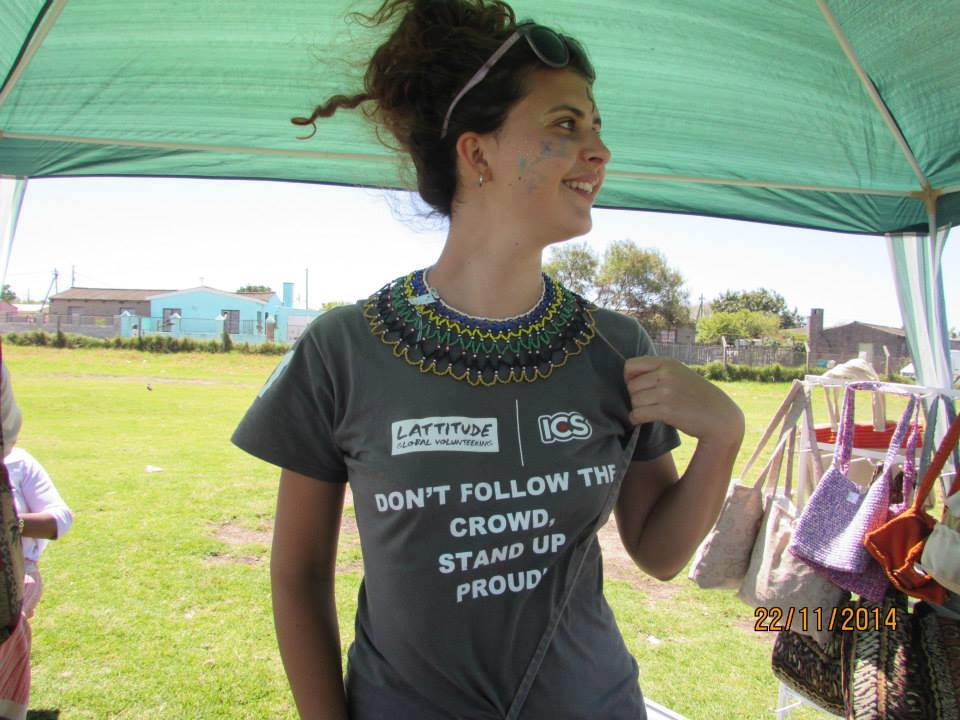 When I was in my late teens I had the privilege of living with Alice and her family for two years. I came to know her like a sister, and from when we met in the early years of secondary school we became what should’ve been friends for life. I cannot express how knowing her shaped who I am today.

Alice was an embodiment of authenticity – unaffected by what other people thought of her. She was kind, she was caring, she was compassionate and suffered from over-empathy for every other living creature she encountered. She was a fierce campaigner for human and animal rights, and fought injustice wherever she found it. She truly was a beautiful person.

Alice decided that when she left school she wanted to travel the world, and to actively support causes she held dear in the process. The Future of Khmer Children Organisation in Siem Reap, Cambodia, caught her eye as it allowed her to both actively help improve other’s lives. Alice instantly fell in love with the people and the country. On returning home, she decided to plan her next adventure and signed up to volunteer in a South African township.

She set off in October 2014. When we said our final goodbyes outside a Soho bar a few days before she left, I told her her to stay safe, and to keep in contact. I hugged her goodbye.

Four days before she was due to fly home Alice was cruelly taken from us, it was a terrible accident that could have been prevented. Rip tides are particularly common in parts of South Africa and when her and her gorgeous new friend Summer were out at sea paddling they got caught up in one and tragically died. 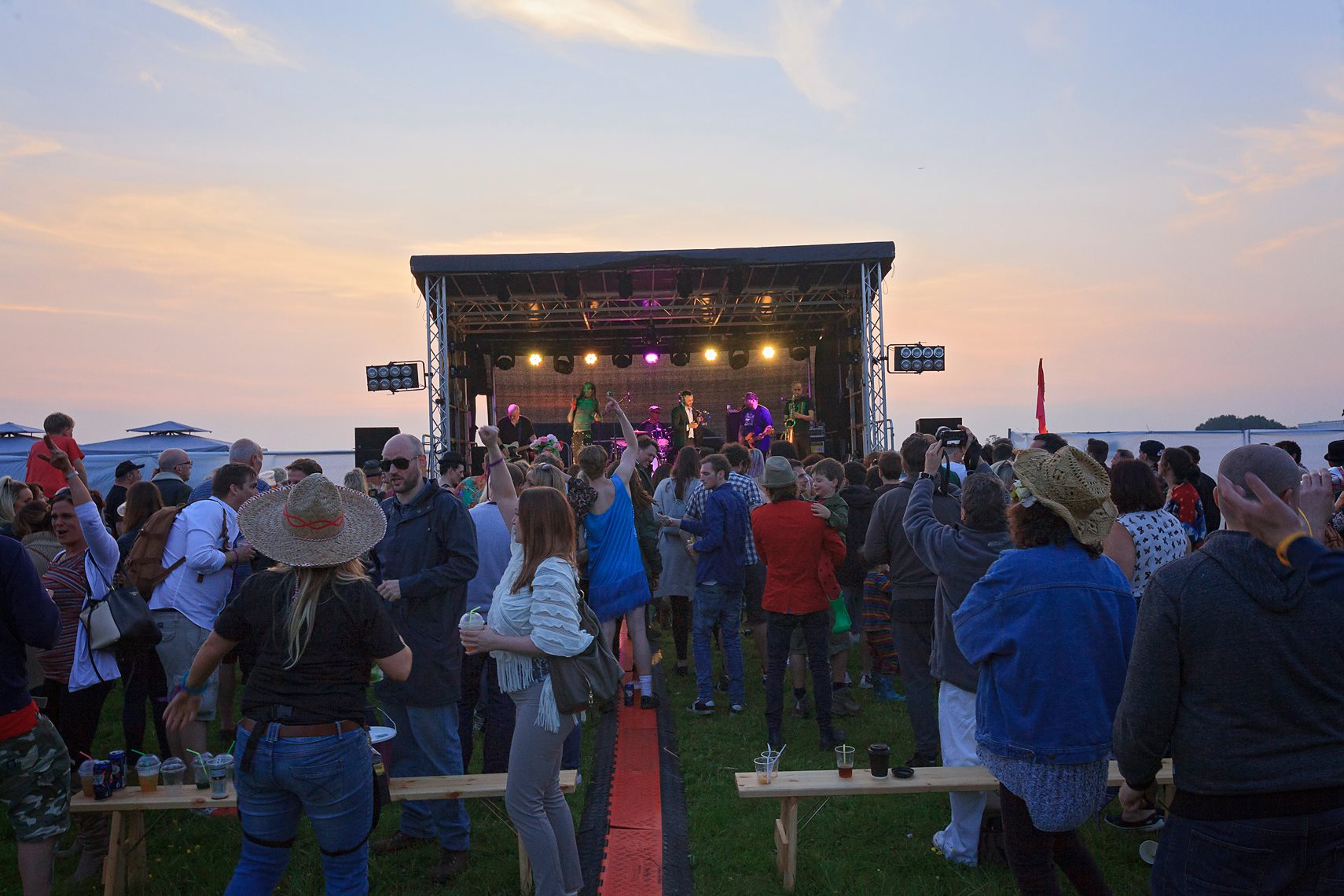 After experiencing the living hell of living without Alice Barnett we decided to pick ourselves up – as Alice would have insisted we did. Beautiful Alice Festival has been set up by her nearest and dearest – most notably Alice’s mother, Suzie Barnett and her cousins.

Since Alice’s death Suzie has fought tooth and nail to prevent tragedies like Alice and Summer’s. All profits of Beautiful Alice will go to Safety Campaigns about the dangers of the sea, charity work both locally and globally, and towards community schools in Cambodia.

“Cause you can grow flowers from where dirt used to be.”

Alice was at her happiest when she was at a music festival. She described Secret Garden Party as ‘a little piece of heaven on earth’. 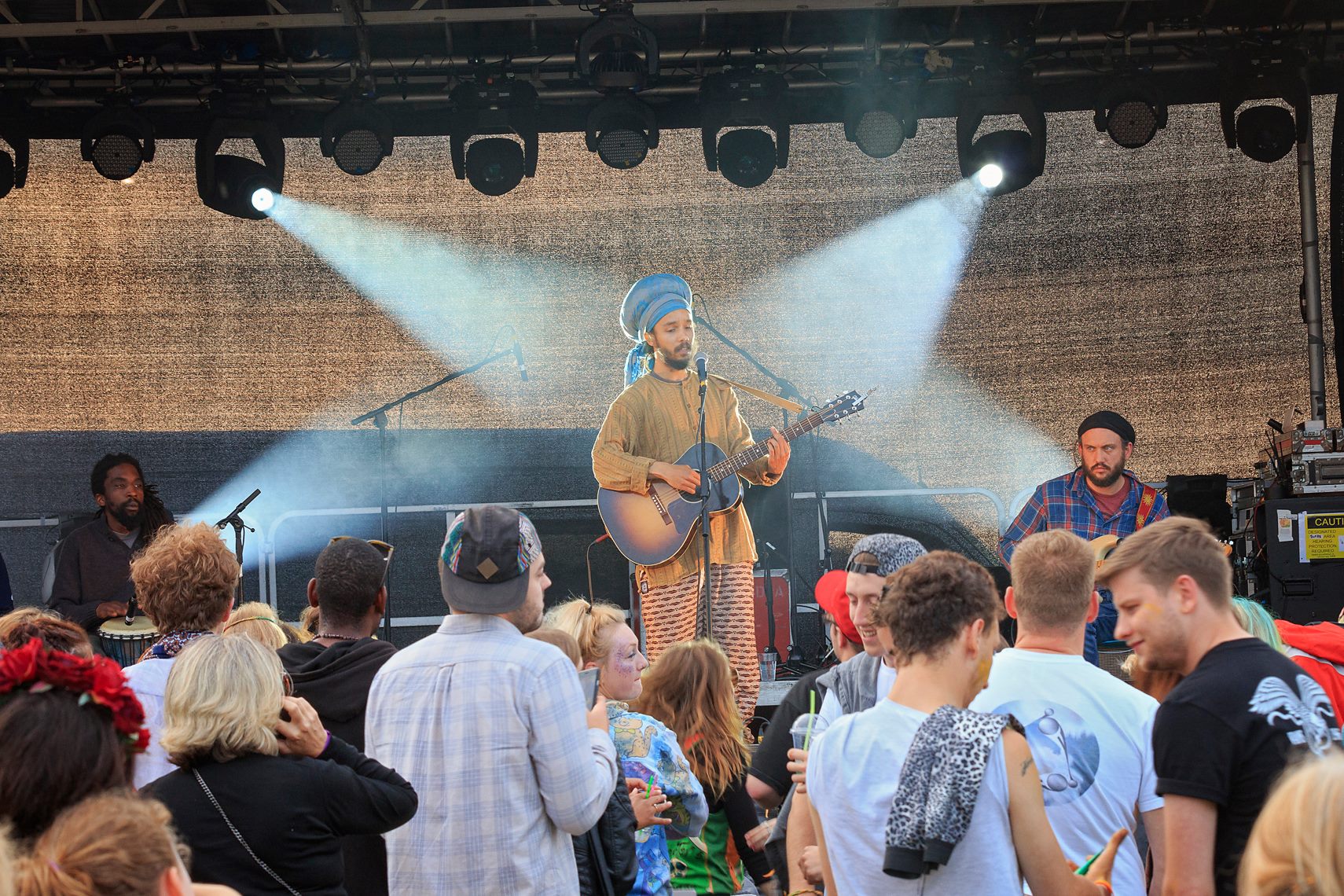 So we decided there should be a celebration in the summer of 2015, and any money raised would go to charities that Alice cared so deeply about. People came together to celebrate life – it was small but it was beautiful.

After the first mini festival was such a success it was decided that the following year a bigger, ticketed event would take place, and it was a massive success.

Beautiful Alice Festival – a music festival created to reflect the life, soul and spirit of a girl who cared so much and changed the lives of countless people before hers was so tragically cut short. The day was the perfect reflection of her and I know she would have been one of the last people dancing in the tipi as the dance music took over and took us into the early hours of the morning. This year it’ll be bigger and better. 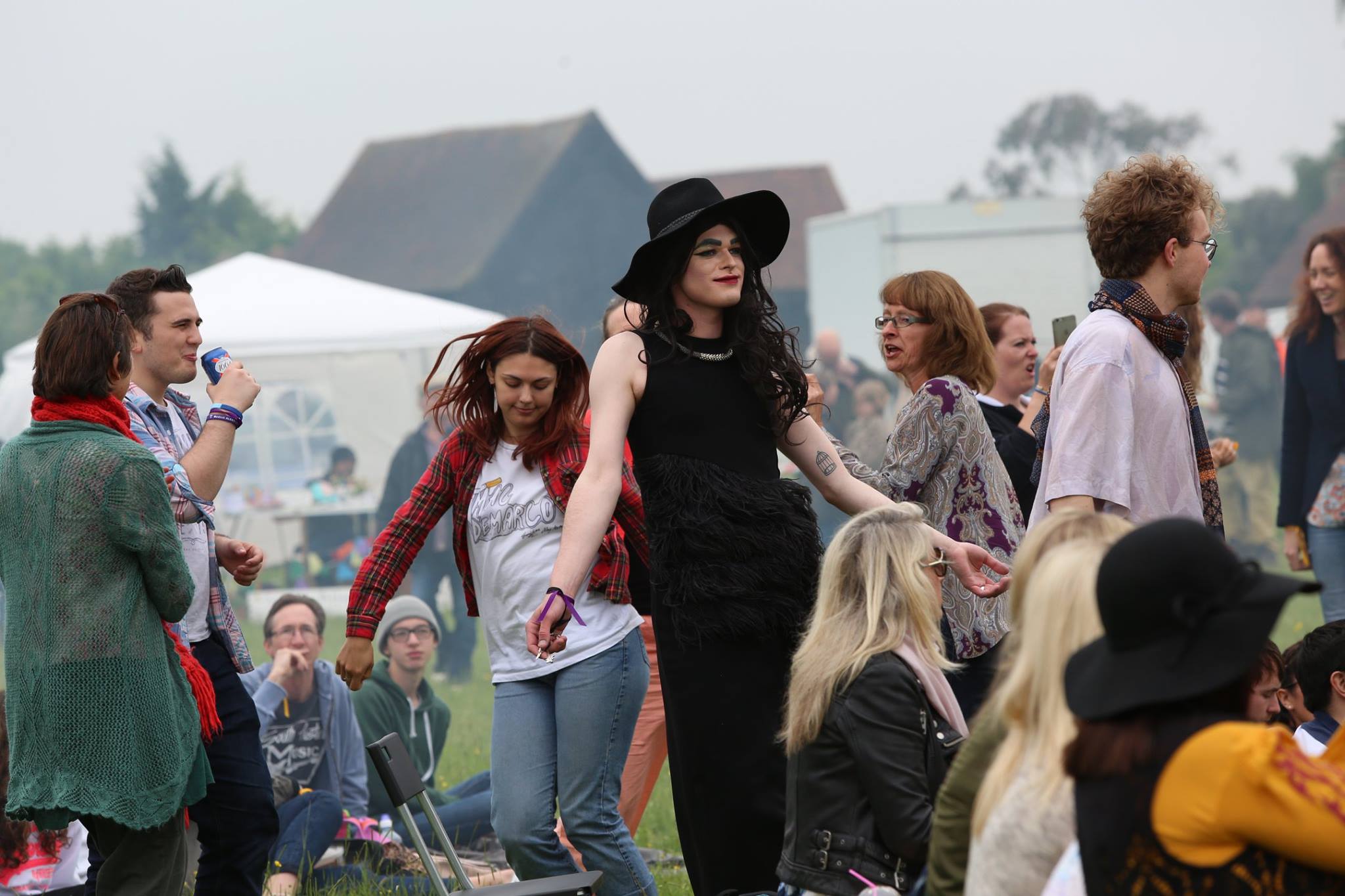 Beautiful Alice Festival is not only about the music – Summers Bar and its stage sees comedy and cabaret performances throughout the day alongside bar staff dressed to the nines, serving drinks and serious drag queen sass.

Men in dresses and women with glitter beards are pulling pints to 80s disco and helping provide the fun-and-free festival spirit. Josie Long, The Japanese House, Dub Pistols and Freestylers are just some of the performers. 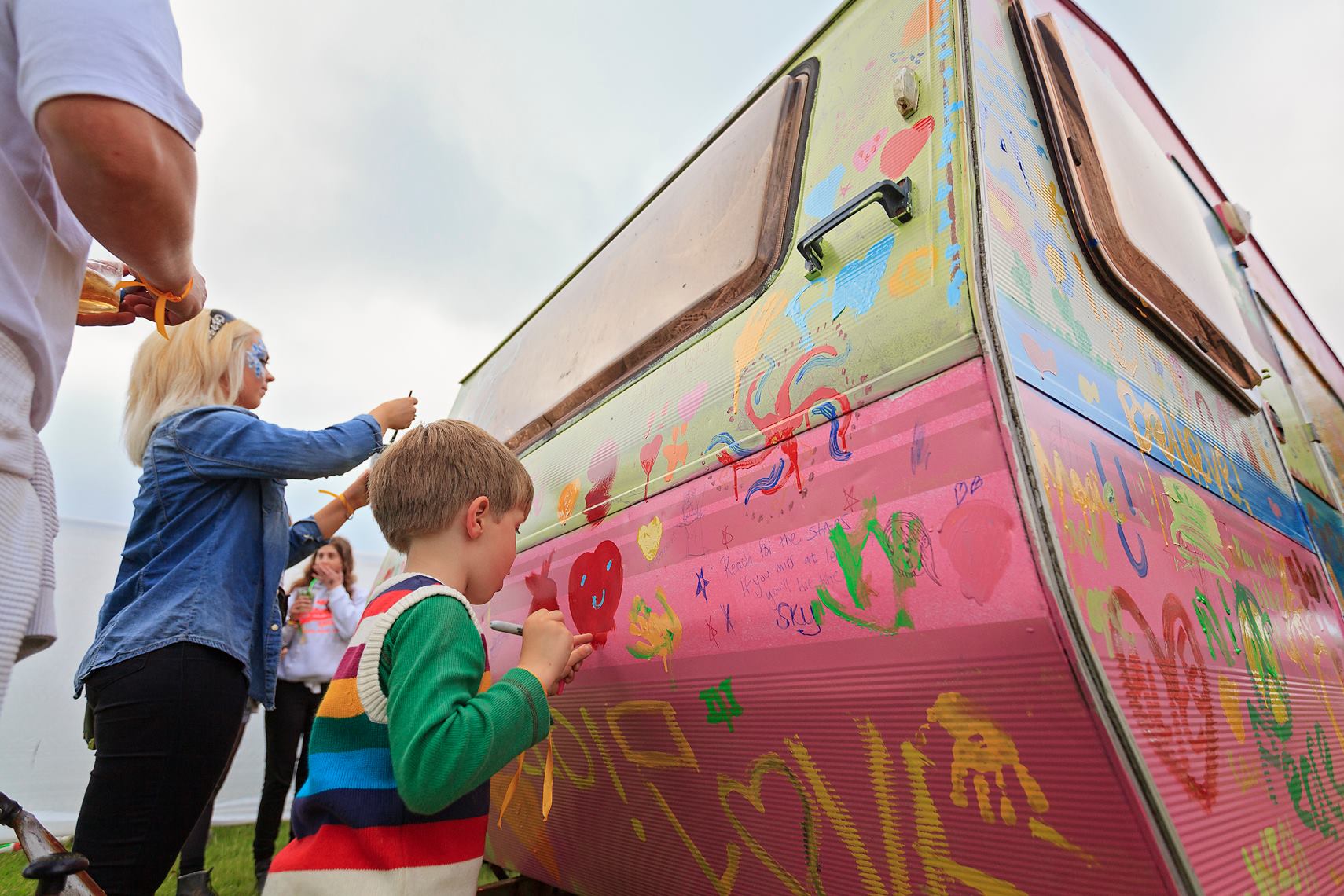 The festival shows what a group of inexperienced but caring, committed people can do when they come together and work hard on something they believe in. A community has been created and each year we will get bigger and better, for Alice. Tickets are only £20 for the day, so please do come and join us.

This article was originally published in June 2016 and has been updated .

Find out more about Beautiful Alice on Facebook, or check out their website. If you want to help out sooner you can donate money now.

Linkedin
RELATED ARTICLES
OTHER ARTICLES
Following the release of his debut single, Deyaz talks battling addiction, dealing with his struggles through music, and building a budding music career from his living room.
Author Edward Banches dicusses his new book, which examines the hard rock and metal scenes in five African countries: Botswana, Togo, South Africa, Kenya and Ghana.
A new exhibitions brings together the work of photographers who documented the deep unrest of these pivotal decades.
At his West Bank restaurant, Fadi Kattan established himself as the voice of modern Palestinian cuisine. Now, he’s bringing his innovative, bold flavours to the UK’s capital.
Theo McInnes’s photos of the annual event provide an intriguing snapshot of contemporary Britain.
Photographer Becky Tyrell went down to the fading banger and stock raceway to meet a community desperate to keep it alive.