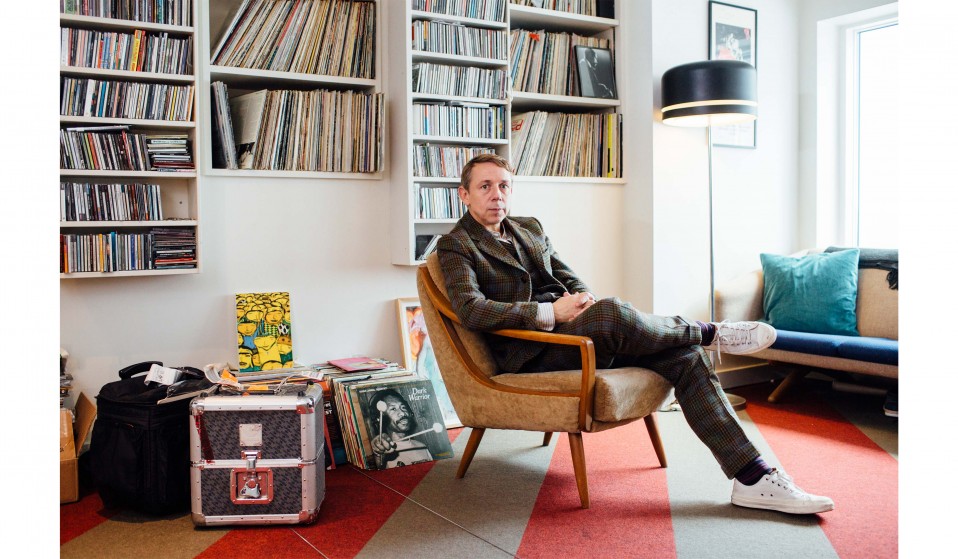 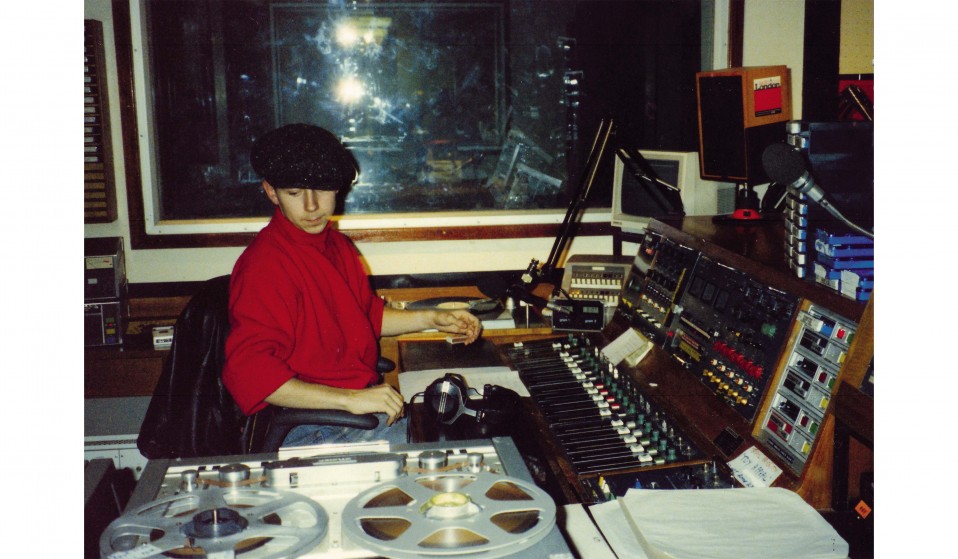 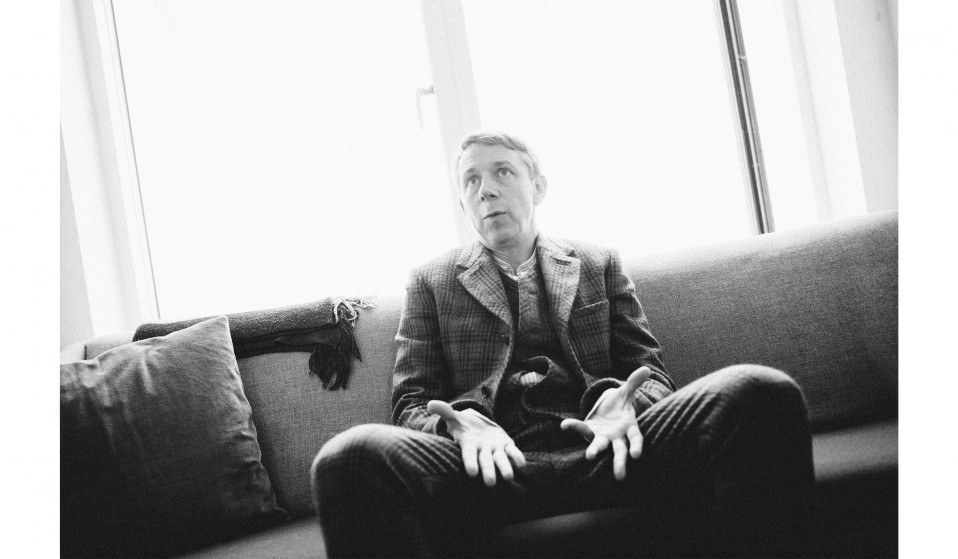 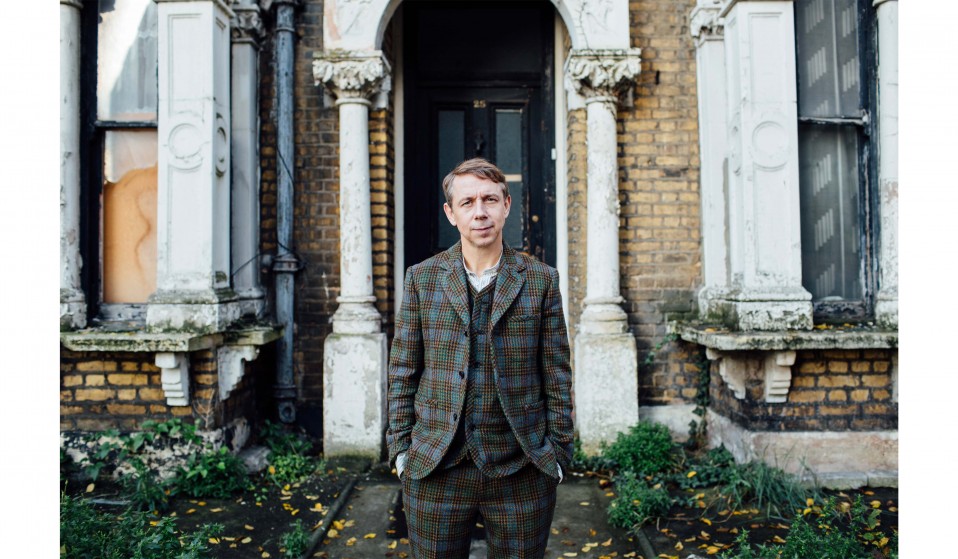 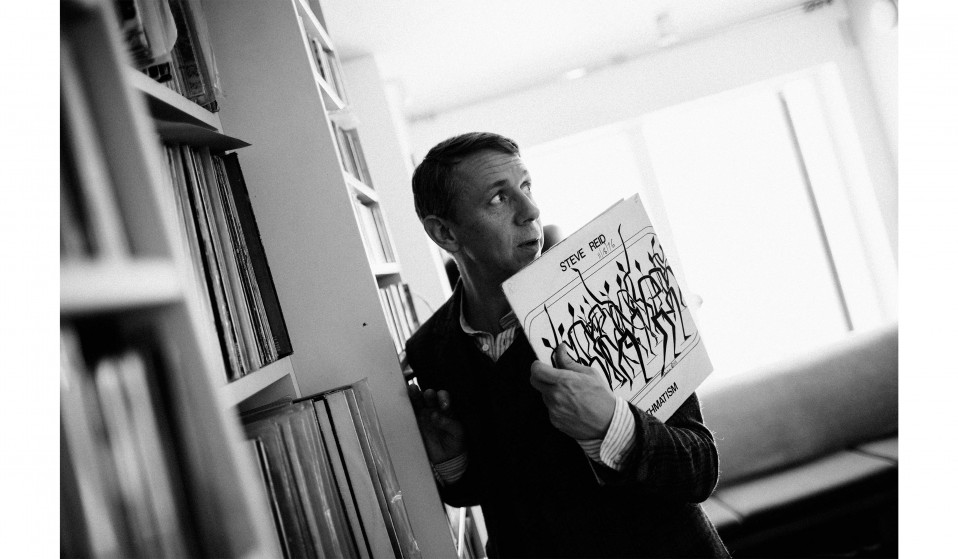 Pirate radio, mad jazz and acid house took DJ and tastemaker Gilles Peterson to where he is today.

Pirate radio, mad jazz and acid house took DJ and tastemaker Gilles Peterson to where he is today.

I’m sitting in a small kitchen on a suburban street in North London, waiting for the kettle to boil. The anonymous ground-floor flat is the base of operations for Brownswood Recordings and the Worldwide empire, masterminded by Gilles Peterson – who is now almost ten minutes late. As the kettle clicks off, he suddenly bursts through the door.

“Sorry, I’ve been up since 5am. I’m really jet-lagged.” The tiny flat becomes a whirlwind of activity as in a matter of seconds he introduces himself, runs through his manic schedule with his producer, grabs a cup of tea and leads me into a back room to begin our interview.

Gilles just got back from his annual tour to Japan, where he’s played every year since 1988 – when he introduced Acid House to the Land of the Rising Sun. I ask him how the trip went – “It was great” – then he bounds into how Japanese authorities deported him for not having a re-entry visa a few years back. “I hadn’t been to bed. I had a bit of a mad one the night before.”

After just turning fifty, Gilles shows no signs of slowing down. He pops up all over the place, DJing regularly across the UK, Europe and farther afield, which he “enjoys now more than ever”. His reverence for the roots and heritage of music, balanced with a hunger for innovative and challenging new sounds, has helped him stay relevant to yet another generation of progressive music heads. This year he’s produced albums in Cuba and Brazil, and his travels have earned him a reputation as a musical explorer, “searching for the perfect beat”, but it was a South London secondary school that first opened his ears to all corners of the globe.

Gilles was born in Caen, France, in 1964 to a French mother and Swiss father who moved the family to London and enrolled him in the French Lycée. “Until I was about eleven, I was completely surrounded by French culture, it was a very closed-in French community,” he explains. After his older brother failed his exams his parents pulled him out of the French system and put him into an English school, which was really intense for young Gilles. “It was suddenly like, ‘What are you into? What tribe are you part of? Are you a soul boy? Are you a mod? Are you in to heavy metal? Skinhead, punk, whatever.”

After feeling he’d arrived late to music, Gilles enthusiastically became one of three soul boys in his school. “So from the age of twelve/thirteen I was already ensconced in this secret world that my friend introduced me to, which incorporated listening to pirate radio, especially Radio Invicta,” says Gilles. “That was the very beginnings of me being seduced by the music and a movement and by being a part of something.”

Before the internet made obscure tunes just a click away, Gilles was hunting the extraordinary. “I looked to people like Paul Murphy [owner of Palladin Records], who were going out and finding oddball Polish jazz fusion records released on little independent labels and making those tracks classics, to dancers,” he says. “I mean that is so deep. These guys were championing a certain type of music that they were kind of digging and finding in between the cracks.

Inspired by the illicit sounds coming over the airwaves each week – “I was completely taken-aback and hugely influenced by British pirate radio” – Gilles and a friend turned his garden shed into their own pirate HQ and drove up to Epsom Downs to hook their transmitter to a tree and broadcast. Then one day Radio Invicta got busted and they heard this kid in South London had a rig. Gilles cut a deal where he got a show in return for the use of his transmitter. “So the moral of the story is that you have to hustle,” he says with a cheeky smile.

His break as a club DJ came through a similar mix of luck, leg-work and perseverance. Aged eighteen, Paul Murphy offered him a Friday night stand-in slot at Camden’s Electric Ballroom. “The little room upstairs where they played mad jazz records and weird stuff, the stuff I was really in to. The best dancers were up there, like the dons of the scene at the time. They just laughed at this little kid with half a record collection,” he chuckles. The almost-entirely black crowd made an exodus to Sol y Sombra, only to be turned back by racist door staff. Gilles eventually earned himself time to get his shit together by giving Jerry Barry and his I Dance Jazz crew lifts home. “If I didn’t have a car and couldn’t drive them back to Acton then I probably would not have had a career.”

Putting in the work never goes out of style. Through his infectious energy and enthusiasm, famously eclectic tastes and quality control, Gilles has built his Worldwide brand to include an immensely popular BBC Radio 6 Music show, festivals in the Swiss Alps and the South of France, and the annual Worldwide Awards at KOKO. But as he prepares for January’s show, he’s annoyed at the attitude of a few artists he’s championed since the beginning. “I find it amazing these days people think they are just gonna walk it. You’ve really got to build your scene, your crowd… it doesn’t just happen,” he says, despairingly. “I’ve always tried to retain a humility in what I do. Remembering it’s just playing a few records for people. You can’t ever take it more seriously than it is. The moment you take yourself too seriously or believe the hype you’re fucked, aren’t you?”

Linkedin
RELATED ARTICLES
OTHER ARTICLES
Mass crustacean die-offs in the North East have led a community of fishermen to take action to save their seas.
Campaigners reflect on what the supreme court’s decision to allow buffer zones in NI means for the future of reproductive rights in the UK.
After fleeing the war in Ukraine, people are finding it impossible to secure affordable and decent housing in the UK.
After a two-year hiatus and a new album, the Nigerian artist is riding high. Now, he wants to bring his alternative, genre-bending sound to the world.
From snake handlers to mardi-gras revellers, Tom “TBow” Bowden’s photos provide a snapshot of the wonderful and weird people who make up America.
Activists and campaigners are fighting back against new laws that would seriously undermine the ability to take industrial action, calling it an attack on fundamental workers' rights.