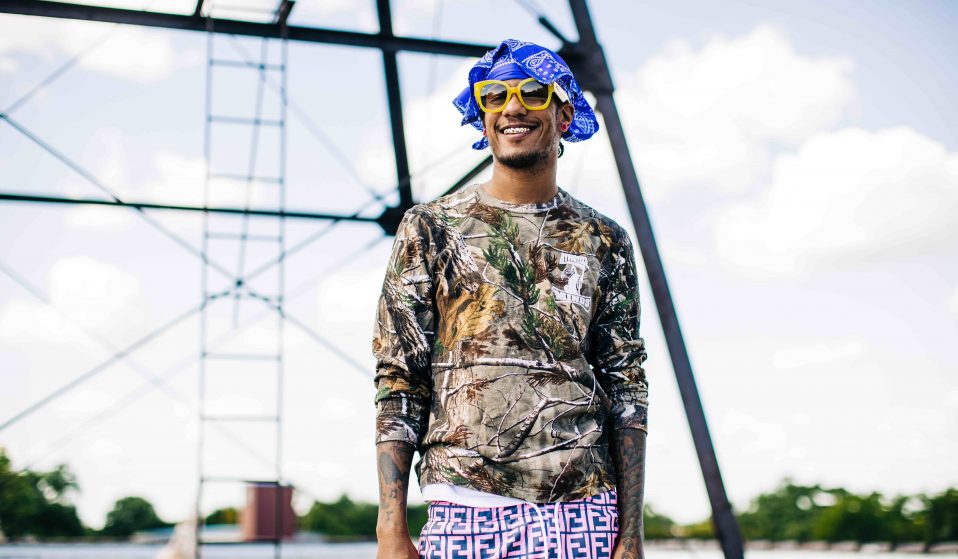 The Chicago MC blends provocative, pitch-black humour with a relentless work ethic, driven by a desire to find light in dark situations.

The Chicago MC blends provocative, pitch-black humour with a relentless work ethic, driven by a desire to seek out the light in dark situations.

“This music thing has nearly broken me,” admits Chicago rap maverick Chris Crack. The 32-year-old – real name Christopher Harris – is speaking over a fuzzy transatlantic phone connection and he’s in a candid mood. “I’ve had nights where I’ve cried. Nights where I’ve been so mad I’ve gone outside and shot my gun into the air! ‘Is this rap shit even working – do I need to wait until I am 55 to get any credit?’ Those were questions I asked myself this morning.”

I bring up ‘Don’t Be a Vic’, a gorgeous dose of surrealist soul where Harris complains that he’s not dreaming due to a lack of sleep. “I’ve literally been up [for] three days straight making music in the studio,” he replies, providing a raw insight into the effort required to build your name on the underground rap circuit. “Sleepless nights,” he continues. “I’m hallucinating cos I’m so tired from working! I am losing money. This rap thing is supposed to be a dream, right? Well, can I still dream if I don’t sleep?”

Suddenly remembering who he is, the doubts fade, and the towering, larger-than-life confidence of Chris Crack comes into sharp focus. “But it’s balls to the motherfucking wall… that’s what Chris Crack represents,” he says, half-reassuring himself. “I am built differently.”

It’s hard to disagree with that notion. Since emerging in the mid-2010s, Crack, who sounds as if Ginuwine’s melodies are coming out of Pimp C’s mouth, has pioneered his own purple-hued flip on trap music. On his rapid-fire, genre-blurring songs, of which there are many (Crack has released more than 20 records so far, typically releasing three to four albums a year), a blitzed-out funk sample tends to dissolve into an irreverent bar – “Why do the strip clubs always got the best food?” – or rousing R&B hook.

Crack has a host of high-profile admirers – including the likes of Madlib and Earl Sweatshirt. Pitchfork rightly called his music “addictive”. The rapper possesses the instinct of someone raised by the streets and the wit of a self-aware troll who gets his kicks from terrorising white yuppies on the internet. Wearing the kind of outfits that turn heads (there’s photos of him wearing gold grills and all-pink fur to the supermarket), Crack has developed a cult following of fans he lovingly refers to as “Crack Heads”. His sought-after vinyls go for upwards of £100 on Discogs.

Crack – the drug – is a prominent theme in the rapper’s work. Growing up, he lost his dad to a toxic crack cocaine addiction. Violence is also a backdrop. On the touching ‘Whodathunkit’, Crack recalls being a kid and having his eyes covered by a nurse “with a kind notion” – this was while his older brother was being treated in the hospital, having just been shot five times.

But despite overcoming such traumatic life events, Crack says that he prefers depicting characters such as himself or his father as pillars of strength: resourceful characters, as opposed to victims. He has an album titled Crackheads Live Longer Than Vegans.

“I tell jokes to deflect from the pain – life as a Black man in America is hard as fuck,” he says. “But if you listen to my music, I am never the victim! It’s more like: ‘Life is hard, so sometimes you gotta laugh and tell some dirty jokes to keep from crying.’ It shows you’re still fighting.” 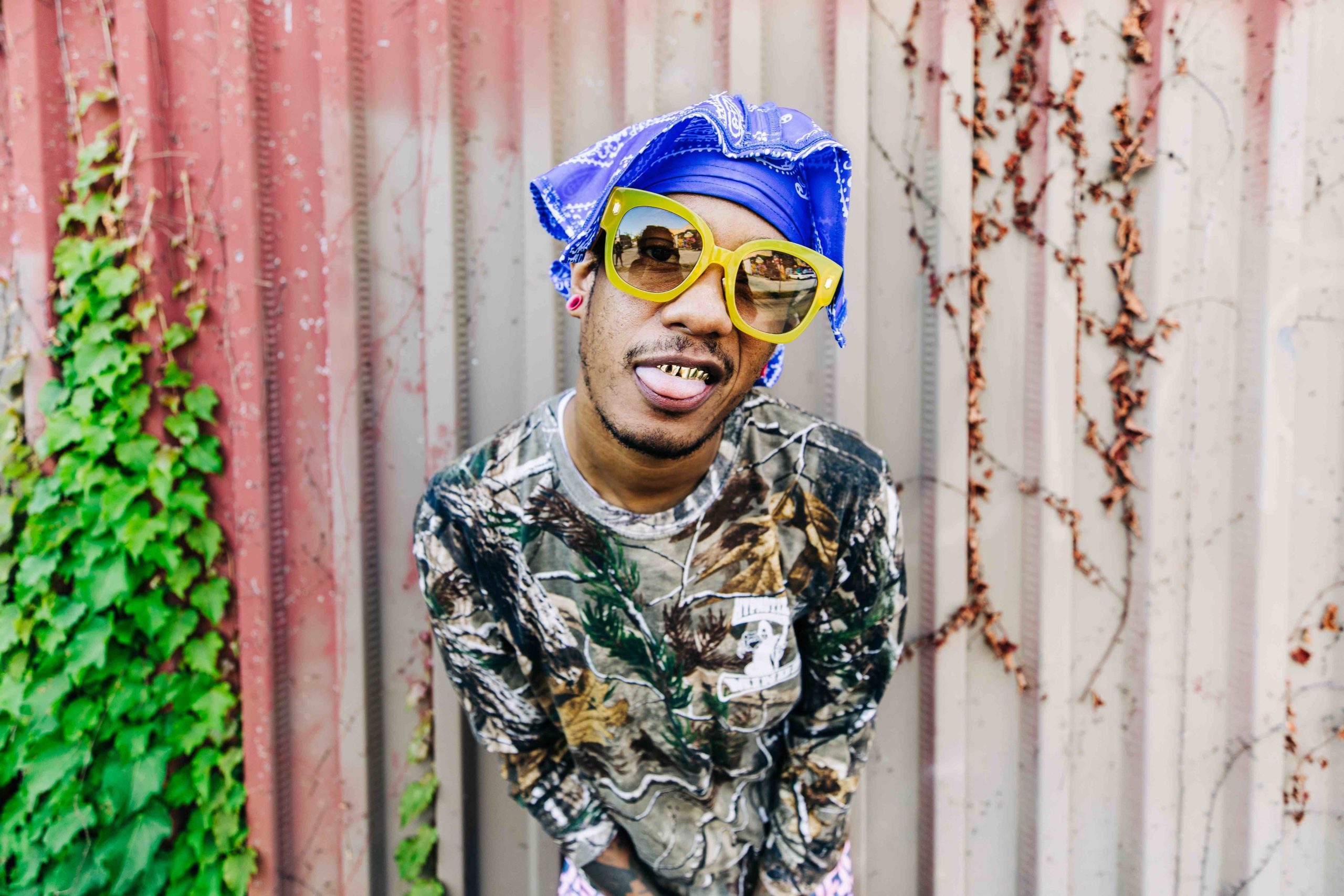 I feel like you’re the kind of dude who would joke about a corpse’s outfit being crappy during a wake. Everything is a potential joke. Can fear of ‘cancellation’ make being a provocateur more risky?

It has become hard because there’s so many pussies out here! Life is so serious! Everyone is uptight and trying to cancel one another. Let’s laugh! What happened to all the fun? It’s like there’s no happiness in rap anymore. I made it a priority to talk shit and never tell a lie in my raps. It means I will probably get indicted. But fuck it.

On your track ‘Neal Recognise Neal’, you speak of Black people not having any trauma left, because they’ve been forced to sell it all. Can you tell me what that means?

I’m from the ghetto. I am a thug from a single-parent home who sold drugs. It’s almost every Black man’s story in America! But I don’t dabble in all that too much. I am not gonna be that person you come to for that. Why do people need to see us suffer in our songs, and be victims? Who is that for? I’d sooner make people smile.

Your name is testament to being impacted by the crack era. I know you are trying to take the sting out of the term “Crackhead”, right?

100 per cent. Crack cocaine was worse than the weapons of mass destruction they said Saddam had. What it did to the Black community was more devastating than any bomb that dropped – it impacted people in my family for generations and generations. You are not from America, but crack cocaine was literally a governmental plot on the Black community – to spread this drug to kill us. It stopped us from winning. It’s important that crackheads are full of life in my music. They’re more like superheroes than victims. I want people to see their humanity – and their hustle.

What is it like living in a city with a rap scene defined so much by violence?

I grew up on the West Side of Chicago, where we get money! I have known nothing but drugs, hustling, and pimping. It means I could go outside with $2 in my pocket and come back with $300. I will hustle bus cards if that’s what it takes.

The gang shooting culture is on the South Side, but it still happens here sometimes. If a gang member on the South Side got killed, the rival gang might say, “We up” on Twitter. They’re keeping scores on murders – it’s crazy! We’re the only place in the world where Black death is a game. The record execs and the YouTube people are all pushing it to happen, too. You know you are causing death when you let this guy put this rap video out saying he shot two of his homies. It’s almost like they get a thrill out of it, you know?

I lived in New York for a few months and I would walk through the hood at 3am, alone. People said I was crazy. But then I told them I was from Chicago and they were like, ‘Alright, that makes sense.’ Being from here means you don’t have any fear.

I love how loose your creative process is – you will just drop three albums in a month. You don’t really sit on music, do you?

Do you really have a million buried in your backyard, like you said on ‘Hennergy’?

My moms is my hero. She worked so many jobs [because of my dad’s addiction] and we moved around a lot. She taught me how to hustle and feed myself. Any Black dude or drug dealer is always connected to their moms in a strong way. If you wanna find his top stash or prized possession, then go to his mom’s house and you will get something [laughs]. Trust me. Just start digging. 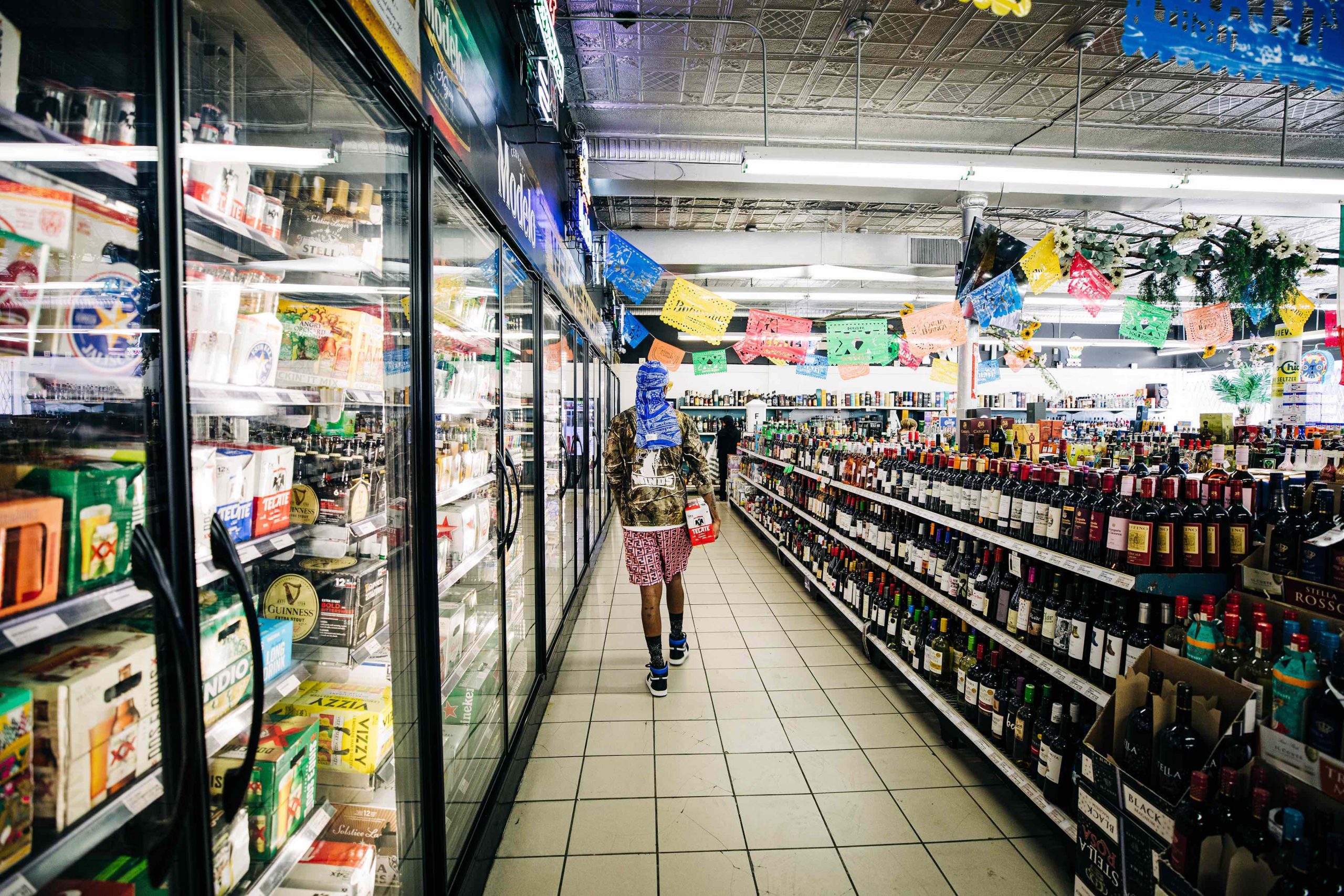 Sheep Hates Goats is one of the albums of 2021, but what happened to the Madlib EP you were working on?

I have about eight Madlib songs finished. They all sound insane. We were gonna do a record, but then dude disappeared off the face of the earth. His manager told me he was on a sabbatical. Like, what the fuck is a sabatical? I am not gonna lie to you bro, I might be speaking bad on myself here, but I don’t think it is coming out. It was a dream to rap on his beats, but he seems to have moved on. I hope we can start a campaign to get him interested again.

I remember when you rapped, “Don’t be accessible and always eat your vegetables.” Is that the kind of sentiment you want to be remembered for?

I just don’t wanna sound like anybody else, ever. I might drop an R&B, or funk, or even an electronic album next. You can’t put me in no box. I want to be remembered as the trillest and as the guy who didn’t fold. The essence of life is to find light in dark situations. That’s what my music is all about. I think a lot of people need that right now.

Linkedin
RELATED ARTICLES
OTHER ARTICLES
While protests over abortion rights rage in the US, access to abortion services is still almost nonexistent in parts of the UK.
Photographer Phyllis Christopher recalls capturing sex and protest at a time when the city had become a haven for the queer community.
Members of the collective share some of their reasons to run as part of #UnitedBySummits, a campaign that looks to uncover transformative power of the outdoors.
A group of Ukrainians living in Poland are helping Ukraine withstand Russia’s brutal invasion by buying supplies and shipping them directly to the war’s frontlines.
To mark the anniversary of the mass trespass of Kinder Scout, a group of hikers came together with the intent of creating a new, fully inclusive culture for rural spaces.
The government is scrapping the Human Rights Act in a move that will hit marginalised people hardest.