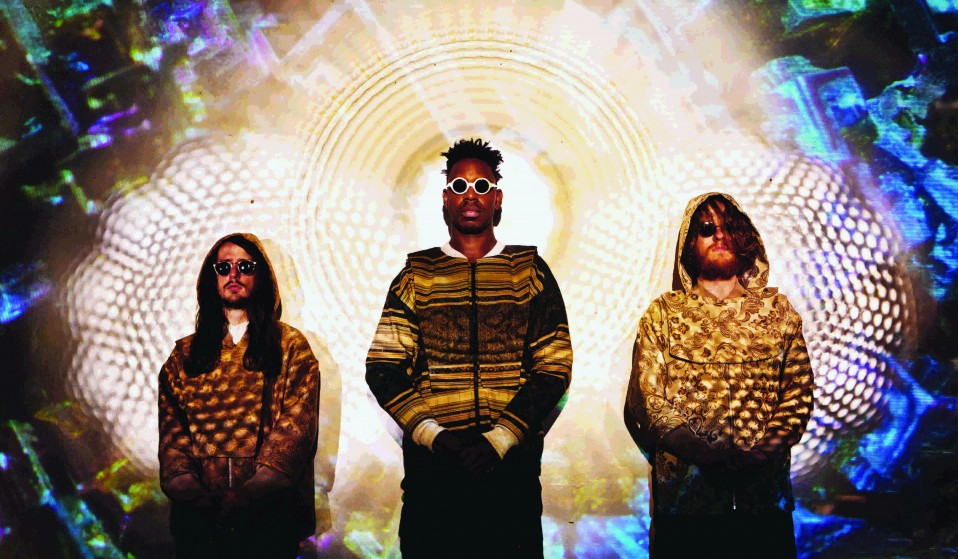 The Comet is Coming are an East London-based trio who soak up a wide range of otherworldly and musical influences – from electronica, funk and psychedelic rock – into their pumping future-jazz sound.

“Our music orbits around ideas of apocalypse, hyperdimensions, out of body experience and an obsession with the macrocosmic mystery and power of the cosmos,” explains Danalogue The Conqueror, who plays analogue synthesisers in the band and has co-produced Prophecy and Channel The Spirits albums with Betamax Killer, the drummer. 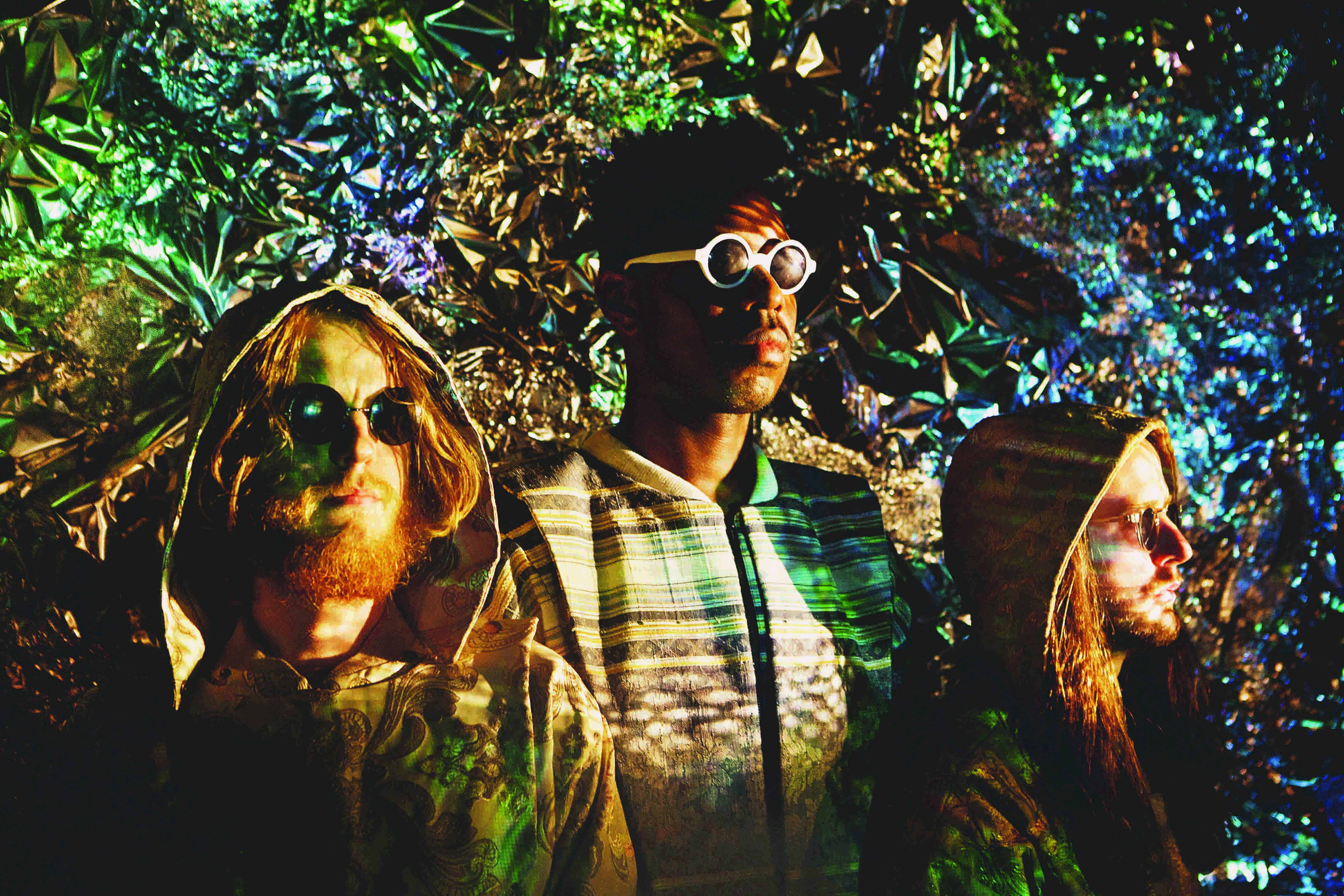 The spiritual trio is made whole by none other than King Shabaka on saxophone, who forced his way into the band three years ago by jumping up on stage to blow the life out of his horn when Danalogue and Betamax performed together as duo Soccer96.

Firing on all cylinders into the stratosphere, The Comet is Coming have reached new heights this year after Channel The Spirits was nominated for the 2016 Mercury Music Prize. The band employ an idiosyncratic, free-ranging approach to making music and the experimental nature of their recording process reflects itself in their explosive live sets, which leave an impact-crater-sized impression on audiences.

“We record and produce ourselves using our own esoteric and sometimes old fashioned methods,” Danalogue The Conqueror says. “We also write largely through improvisation, jamming intensely for hours on end in order to compose based on instinct and subconscious expression, letting go of some of our individual ideas of creative control in order to gel innately and symbiotically as a group.”

Currently on tour across Europe and with a new record in the works for next year, we reached out to Danalogue The Conqueror to find about more about the band’s influences and inspirations in the wake of new single Final Eclipse.

I have found myself recording and producing for other artists in the past year, and working with other artists inspires me immensely. Of late, I’ve worked with The Flamingods, Ibibio Soundmachine, Snapped Ankles, Vels Trio and Alabaster Deplume in more of a producer role. I don’t much like to imprint my style or sound or ideas onto an artist, mainly because whenever somebody has tried to do that to my music I’ve always run the other way.

Rather, I love to find out what makes them tick, what sounds and vibes they love, what album they want to make and try my upmost to collaborate with them to make it happen. Getting into Alan Watts some years ago seems an important part of the journey, in this speech he talks about relinquishing control and trusting those around you to allow things to develop naturally.

Terence has such an eloquence with which to delve his unique yet strangely familiar theories. The idea that the universe is an engine for creating increasing levels of complexity and that it is getting more rapid has really inspired my outlook. In a nutshell, he argues that the evolution to multi-celled organisms took millions of years, but now we have extraordinary changes on the planet seemingly everyday, so we are as humans aware of the most complex time in terms of events, interconnectivity, and novelty there has ever been (to the best of our knowledge).

Human fascination with not only our own mortality, but the potential extinction of the entire human race seems to have been a leitmotif throughout recorded history, and that prophetic catastrophic destruction and the gargantuan significance that might have from a human perspective is part of what inspires the Comet is Coming. 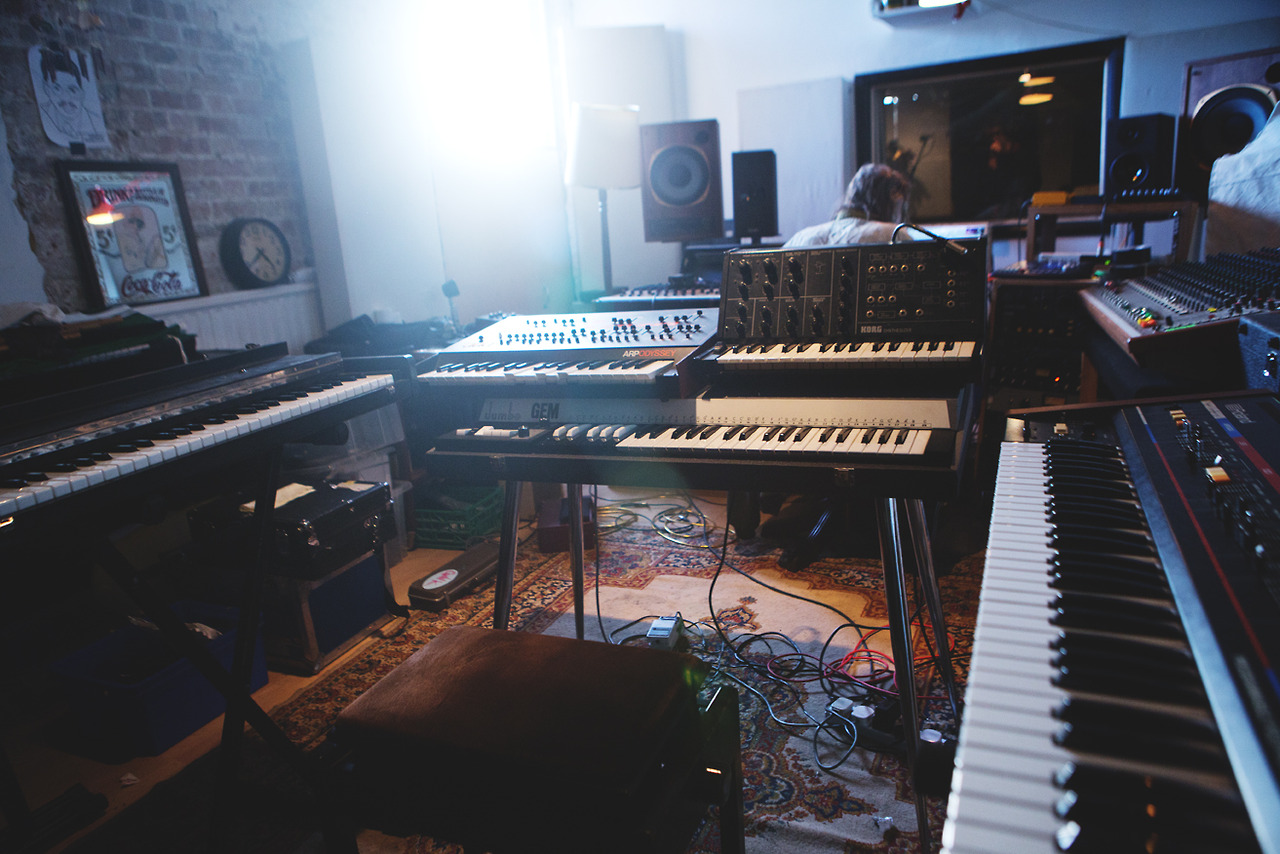 This warehouse in Dalston, East London has been our spiritual home for about four years, both The Comet is Coming and Soccer96 have played there countless times, and we’ve been at an uncountable numbers of parties and gigs, plus there is the recording studio there where we have recorded all of our past few records.

This place is special because of the characters there, and the things you learn explicitly or implicitly from each other – genius engineer/producer Capitol K, Alexis Blondin the concert curator, Jack the international man of mystery, all the artists studios that have been at some point a resident: Henry Wu, Scratcha DVA, Bo Ningen, Snapped Ankles, Alabaster De Plume, Landshapes, Blue House, there have been gigs by Konono No1 and recordings by Fatima and the list is endless…

I feel like most people watched Bill Hicks videos in their teenage years, so it seems obvious to cite him. Maybe not, but my circle of friends at that age definitely soaked up his passionate counter-cultural spirit and resonated strongly with his firebrand rage against the hegemonic norm. This clip especially reinforces the idea of giving your absolute all on stage and pushing yourself as hard as you can go physically and emotionally in performance, and trying to express yourself rather than aim to please everybody. 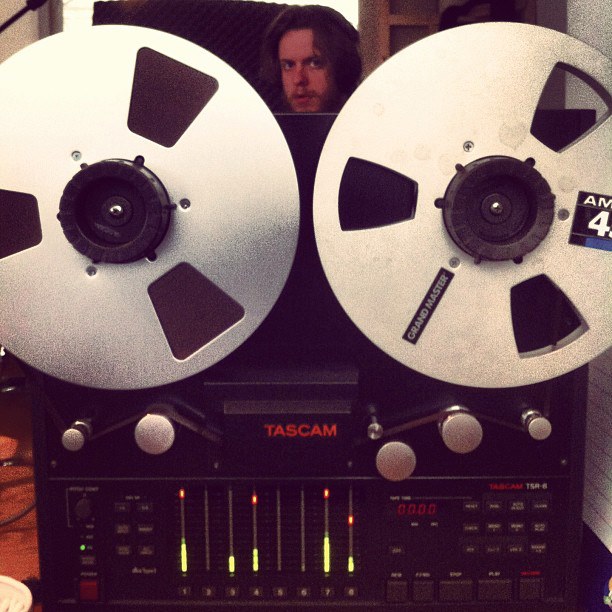 We discovered a few years ago that we loved the atmosphere of recording to tape. As much as it is a sound too, you can in theory get that sound later by recording to computer and then playing it to tape. It’s the process and workflow that tape encourages you to work in that leads to part of the composition. 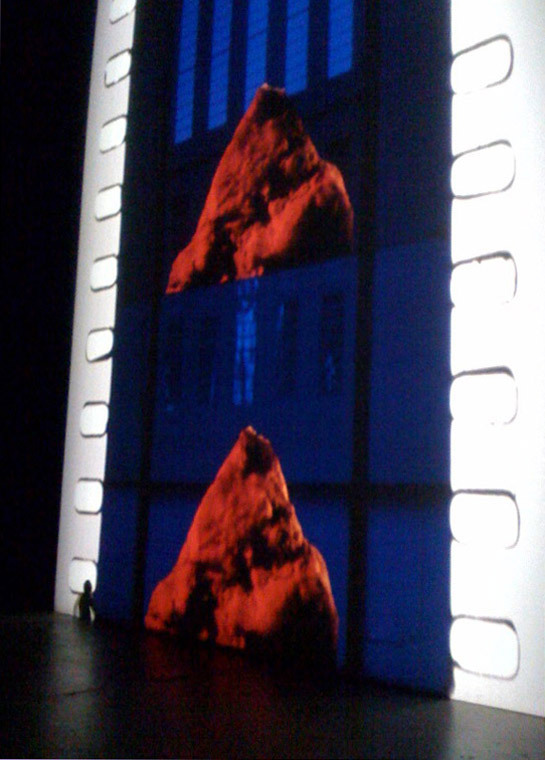 I saw Tacita Dean’s FILM in the Turbine Hall years back, which was loosely based on René Daumal’s novel Mount Analogue – the notion that there was a mountain that existed but only if you believed in it. Similarly Dean argues that the language of analogue filmmaking is important and unique, it creates pieces of art that are not impossible to make digitally, but are very, very unlikely because it’s the process that you go through and the artefacts and imperfections that are created which eventually lead to the art itself; essentially that there is a mysterious beauty to analogue methods, especially if you believe in their power.

The Comet is Coming are on tour and Final Eclipse single is out now.

Linkedin
RELATED ARTICLES
OTHER ARTICLES
AI companies that develop image-generators using copyrighted artwork from the internet are coming under fire from artists who say that it amounts to theft.
Theo McInnes’s photos of the annual event provide an intriguing snapshot of contemporary Britain.
After building his reputation covering the US civil rights movement in the 1960s, the photographer went on to produce some of the most enduring images of the past century.
Photographer Becky Tyrell went down to the fading banger and stock raceway to meet a community desperate to keep it alive.
Since 2007, Gideon Mendel has made 20 trips to document floods in 13 countries. The result is an alarming record of what has already been lost to the climate emergency.
A new law change is enabling Britain’s donor-conceived children to know the truth about their origins – but campaigners say the fertility industry must do more to protect people.