It all began with dubstep. Nottingham DJ/production duo Congi came together around a shared love of the early bass-heavy sounds emanating from Croydon, South London.

Flexing their muscles, they branched out into hip hop, grime and jazz – reflecting the diverse range of influences the pair consumed growing up in the north of England.

Flash forward a couple of years, and after being selected for Future Bubblers, a talent discovery programme run by Gilles Peterson’s Brownswood Recordings, Alex and Gaz have taken their production to a new level and are hotly tipped to become Nottingham’s latest big musical export.

Premiering on Huck, Congi share a live session of ‘Sour Diesel’, recorded in the revered Brownswood Basement. We reached out to find more about the duo’s early influences and their plans for breaking out of Notts. 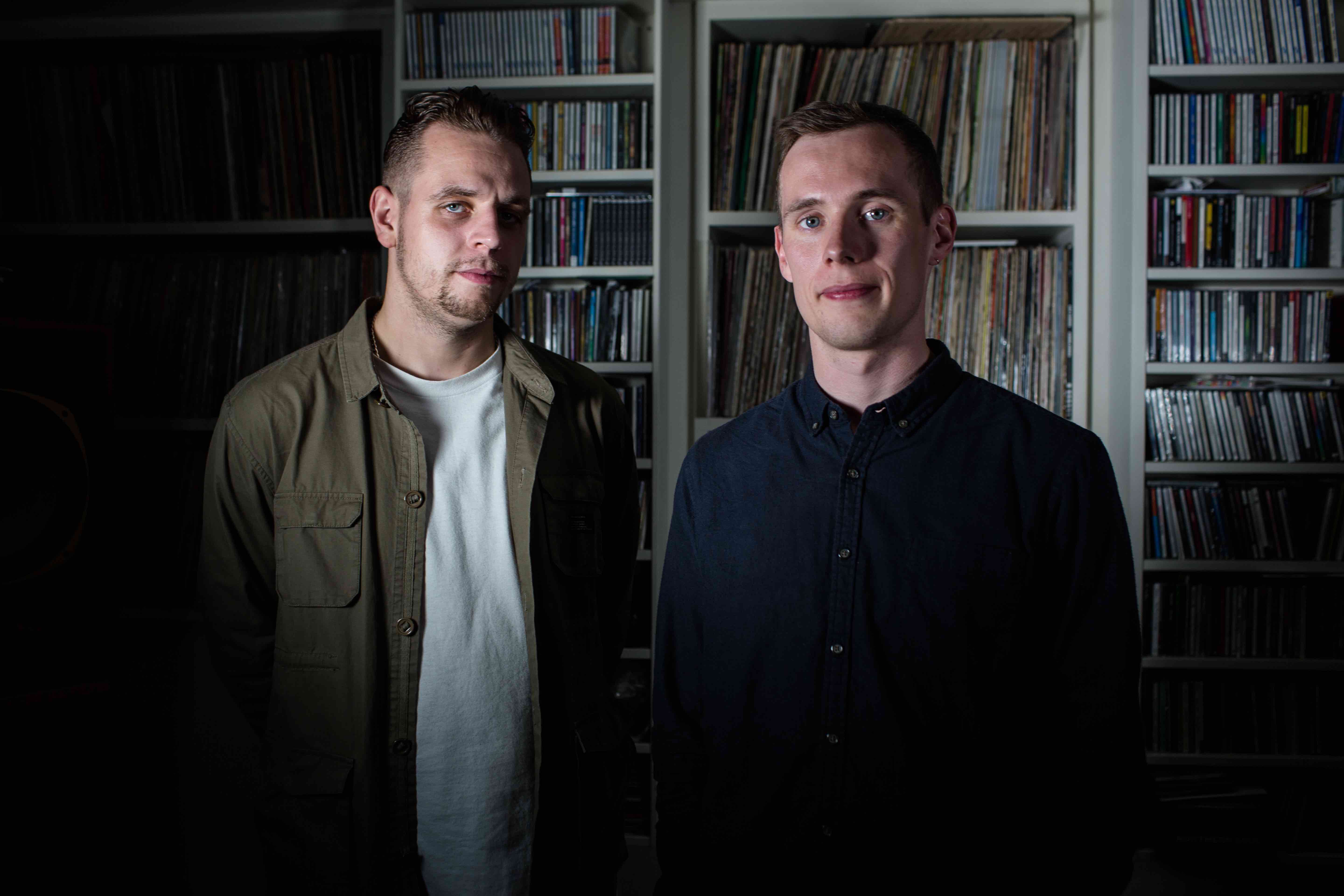 How did you guys start making music together? How has you sound evolved?
We went to the same school and started hanging out at a mutual friend’s studio. From there we started making tunes together through our love of early dubstep, trying to sample bits and pieces around the house to add something different. Over the years our sound has developed to fuse the different influences we have, we try to write music that fits our mood now, rather than starting with the idea of a certain tempo or template.

What’s ‘Sour Diesel’ all about?
Gaz writes verses everyone once in a blue moon and this one just fit with the music and was in keeping with the mood of our first first album Tidal Fragments, which the song is a part of. It deals with the impact of a breakup and the contemplation that follows.

Could you talk about your biggest influences/source of new music growing up in Nottingham?
Venues are every changing in Notts but most importantly it was the new collectives that put on events that helped expand our musical knowledge and helped bring together our electronic music community. Mimm, Wigflex, RubberDub and Tumble Audio have all been important nights for us over the past five-ten years.

What excites you most about the Nottingham scene today?
It’s exciting seeing people we’ve followed for years making strides, for example Lone goes from strength to strength and Cappo has recently put out an album on YNR. It’s also exciting seeing newer artists making incredible music and performing at big shows. There is a lot of cross-collaboration, which is great to see and be a part of. Shouts to our Nottingham Future Bubblers friends too. Yazmin Lacey is about to drop an EP, Three Body Trio are great to watch live, Medikul is making some amazing tunes and Snowy’s recent output has been big!

What’s next for Congi? What are your big creative ambitions going forward?
We’ve just performed our first two lives shows in Nottingham. We’ve also nearly finished our next full length album which will drop in 2017. Before that we have an EP coming out early 2017 so keep ’em peeled for that! Our ambitions for next year would be to perform our album live in as many places as possible.

Find out more about Congi and Future Bubblers.

Linkedin
RELATED ARTICLES
OTHER ARTICLES
A new film from Berghaus traces the story of Adam Raja, who left behind a turbulent upbringing to discover the healing power of climbing.
A new law change is enabling Britain’s donor-conceived children to know the truth about their origins – but campaigners say the fertility industry must do more to protect people.
After blocking the Scottish government’s gender recognition reform bill, Westminster is now devising further changes to the law to make it harder for trans people to self-identify.
David 'Dee' Delgado’s photo project is about honouring and uplifting the city of his youth, and a world rapidly disappearing under the relentless onslaught of gentrification.
Activists and campaigners are fighting back against new laws that would seriously undermine the ability to take industrial action, calling it an attack on fundamental workers' rights.
A group of aid workers face prison for helping to save people fleeing their homes at sea. If they are charged, it will have a chilling effect on humanitarian efforts.