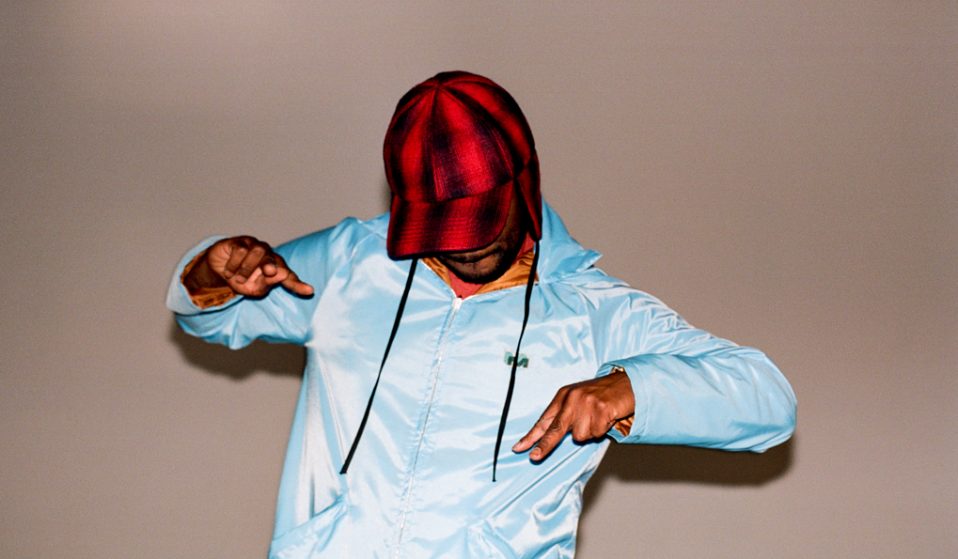 ScHoolboy Q is wandering around a luxurious penthouse suite, a lit joint in his hand. The mellow air to proceedings suggests it’s probably not his first smoke of the afternoon. This is rarely a good sign for an interview, especially when your slot has been cut in half at the last minute.

But as a TV crew packs up after another press commitment, and rain hammers against his hotel room’s large windows, the rapper saunters over to extend a hand. Dressed in a black hoodie and burgundy sweatpants, he insists that despite the jetlag, the weed and the packed schedule, he’ll still be good company. “I’m a clown-ass n***a,” says the 32-year-old, his monotone delivery matched by a sleepy grin.

In contrast to 2016’s often brooding Blank Face LP, the new release captures him at his loosest: moving between introspection and irreverence with the airy charisma that’s come to characterise his best work. For someone who’s openly grappled with caring too much about what others think, it’s the sound of an artist with nothing left to prove.

“As you get older, you mature way more,” says Q, sinking into a roomy armchair. “Everything kinda becomes cruise control. You get grateful when you hit over 30, especially where I come from. Black man in America, to have a career is rare. To have the type of career I have?” He raises a clenched fist to his forehead, expanding his fingers as if to say ‘mind blown’. 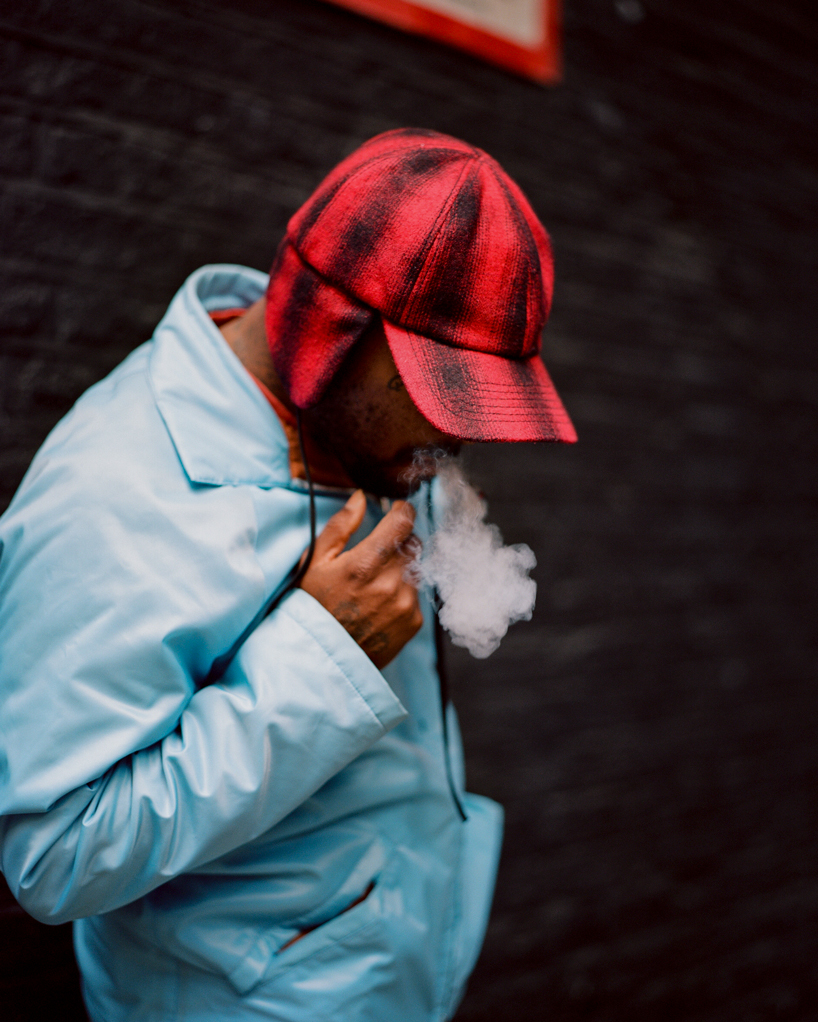 Raised in South Central Los Angeles, Q almost ended up on a different path. Introduced to gang life at just 12 years old, he divided his adolescent years between rolling with the 52 Hoover Crips and playing football. When he hit 16, however, his relationship with the former began to take hold. He sold oxytocin, crack and weed before a six-month stint in jail at 21 provided a wake-up call. (The specifics of the charge is something he’s continued to remain evasive about, though he did disclose in 2014 that it was related to a ‘home invasion’.)

It was only after getting out, while on house arrest, that he eventually started writing raps. Somewhat of a natural, his verses soon put Q on the radar of record label Top Dawg Entertainment, home to the likes of Kendrick Lamar, Ab-Soul and Jay Rock. (The four would go on to become firm friends, forming rap supergroup Black Hippy in the process.) Using studio time at TDE as a form of employment, Q found the perfect opportunity to develop as an artist, releasing debut album Setbacks in 2008.

Five albums later, he has grown comfortable being one of hip hop’s more recognisable faces: someone who enjoys the benefits of critical acclaim and commercial success – “All my singles fucking go platinum” – while hitting his prime just as younger acts begin looking up to him as a veteran. In person, he’s playful in conversation and laughs a lot – mainly at himself – refusing to view anything as too deep.

Part of this outlook is due to a significant change in lifestyle. During his darkest moments, Q struggled with drugs like Xanax and Percocet – at one point downing two cups of promethazine and Sprite before 2pm every day. Deciding it was time to get healthy, he took up golf, boxing workouts and intermittent fasting – then supplemented all that by playing video games every morning to help clear his head.

The change, he says, came as a result of realising that he hadn’t been himself for a while. “When I see old pictures of me I’m like, ‘Yeah, I know exactly where I was at that time: dull, depressed. But I’ve always been a strong-minded dude… I feel like you have no choice but to know who you are and represent yourself, to turn a bad situation [around] and take control. My mom made me like that.”

Q’s mother has played a huge role in his life. Raising him as a single parent, she was one of the only people on their block with a full-time job: working from midnight until 8am, then waking her son up to get him on the school bus. “We all try to lie to our parents, but she would never let me get that shit off.” He breaks into a laugh.

“Some parents might be like, ‘Sure, I believe that you did 100 push-ups!’ But she’d say, ‘Get the fuck out of here. Let me see you then.’ That mindset got me where I am today. Even when people talk shit about me, it’s like, ‘Bro, my momma been talking shit to me my whole life.’” 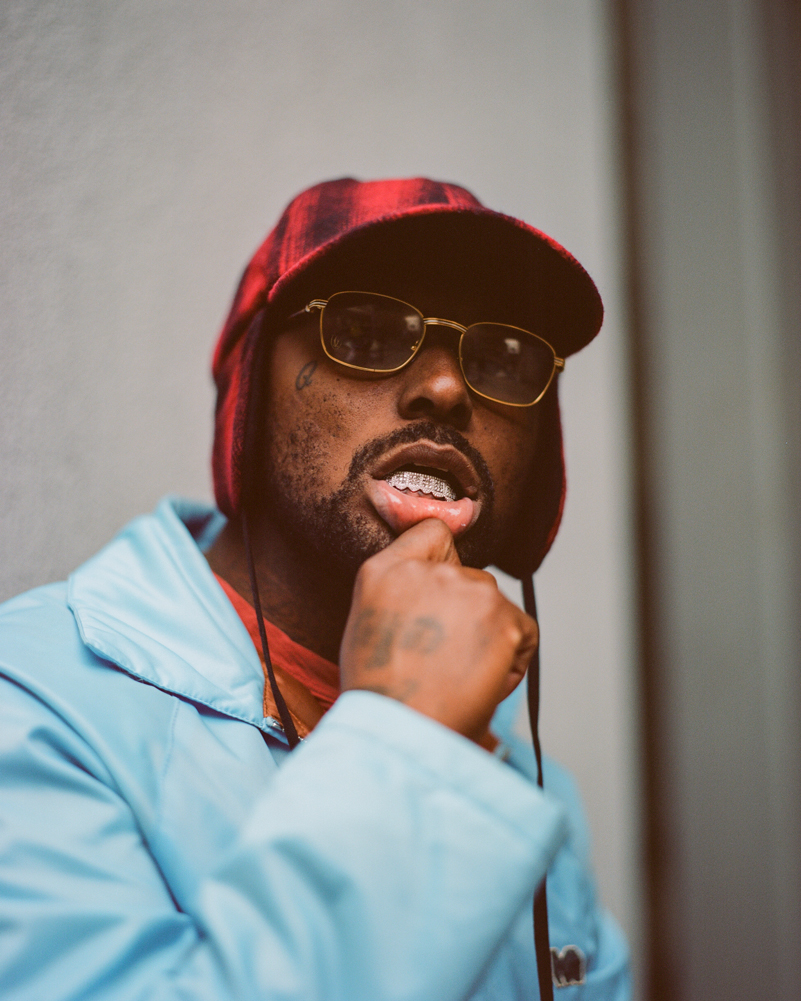 That influence, he says, equipped him to face any issue by developing a thick skin. It’s why he had no hesitation discarding three completed albums post-Blank Face, after realising that they weren’t quite good enough. “Bruh, it’s what I do for a living. If I make one, I can make another one.” Where some might begin second-guessing themselves, Q sees this as the assured quality control of an artist who’s determined not to repeat himself, however long it may take.

“There comes a time for everyone when you move on, when burnout takes over, when you don’t go 100 per cent – and shit, I’m going to have to figure it out when it happens,” he says. “But to stay alive mentally and stay fresh – to be good – you have to try different things. Just painting the same fucking picture over and over again is weak.”

Even CrasH Talk was delayed twice: first due to the death of friend and collaborator Mac Miller from an accidental overdose last year, then the murder of fellow rapper Nipsey Hussle in March. It’s easy to wonder whether losing two friends in the space of a year, plus becoming a father to a second daughter in January, have hammered home what’s really important. “It makes you more patient. You become a shield, especially having girls. You don’t take no shit, you don’t allow it.”

As Q readies for another interview – the last one of the day – there’s an aura to him that suggests he’s figured out what really matters in the grand scheme of things. The rest of it, he won’t be taking too seriously. “People know exactly who I am when they meet me,” he says finally. “Talking shit? I may bag on you. Like, I know I’m going bald and shit. That doesn’t make me insecure. That’s how you supposed to do it. Can’t be living with insecurities and shit, you gotta rock out. Fuck it.”

CrasH Talk is out on Interscope/Top Dawg Entertainment.

Linkedin
RELATED ARTICLES
OTHER ARTICLES
The revered showbiz chronicler recalls his journalistic beginnings, documenting subcultural scraps in the ’80s.
The situation in Afghanistan remains dire, with many groups facing persecution at the hands of the Taliban.
Following the release of his latest album God Don’t Make Mistakes, the rapper talks horror villains, police brutality and being unafraid to show his vulnerable side.
New legislation is set to make it more difficult to hold Israel accountable for its human rights abuses.
Our new magazine is here, starring the inimitable Mitski. Order your copy now and join us on a trip around the world.
The author discusses her blistering new novel about history, revolution and queer love.