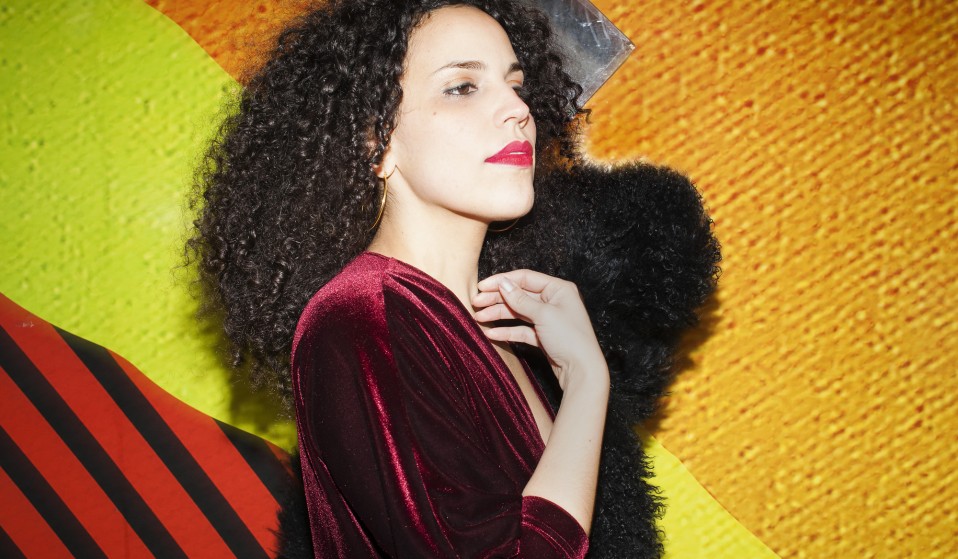 A mother from Puerto Rico, a father from Cuba, born and raised in the US – Xenia Rubinos' identity is as diverse as the music she creates. Here, the New York singer-songwriter talks about her new album, influenced by American culture but motivated by the survival of fear.

A mother from Puerto Rico, a father from Cuba, born and raised in the US – Xenia Rubinos' identity is as diverse as the music she creates. Here, the New York singer-songwriter talks about her new album, influenced by American culture but motivated by the survival of fear.

A fusion of jazz, R&B, hip-hop and Cuban influence – it’s impossible to pigeonhole the music of Xenia Rubinos into just one genre. However, there’s one thing that’s certain: in the current political climate of the United States, where xenophobia is rife and gun violence is out of control, Rubino’s innovative new album offers an exploration of ethnic identity and a vision of joy in the face of fear.

Your new album Black Terry Cat dropped earlier this month – are there any political influences embedded within it?
There’s no secret message, it just became this message and mantra to wrap the idea of the album around. I was exploring different themes of my own ethnicity – I identify as Afro-Latina and I was trying to put my finger on a magic-mojo that I think comes from my African roots. I was also just thinking about what it means to be a person of colour in America right now.

So what exactly does being a person of colour in America mean for you today?
My ethnic identity is constantly growing and evolving. I was born in the States, but my father is from Cuba and my mother is from Puerto Rico, and then I’m the first generation of my family to be born and raised in America.

Now as an adult I’m learning more  – it’s a constant discovery of trying to find my place and figure out who I am. Although I do think that today there’s a better representation of people who look like me in the media, which wasn’t necessarily the case when I was growing up. That’s a positive thing that’s happening in America right now. 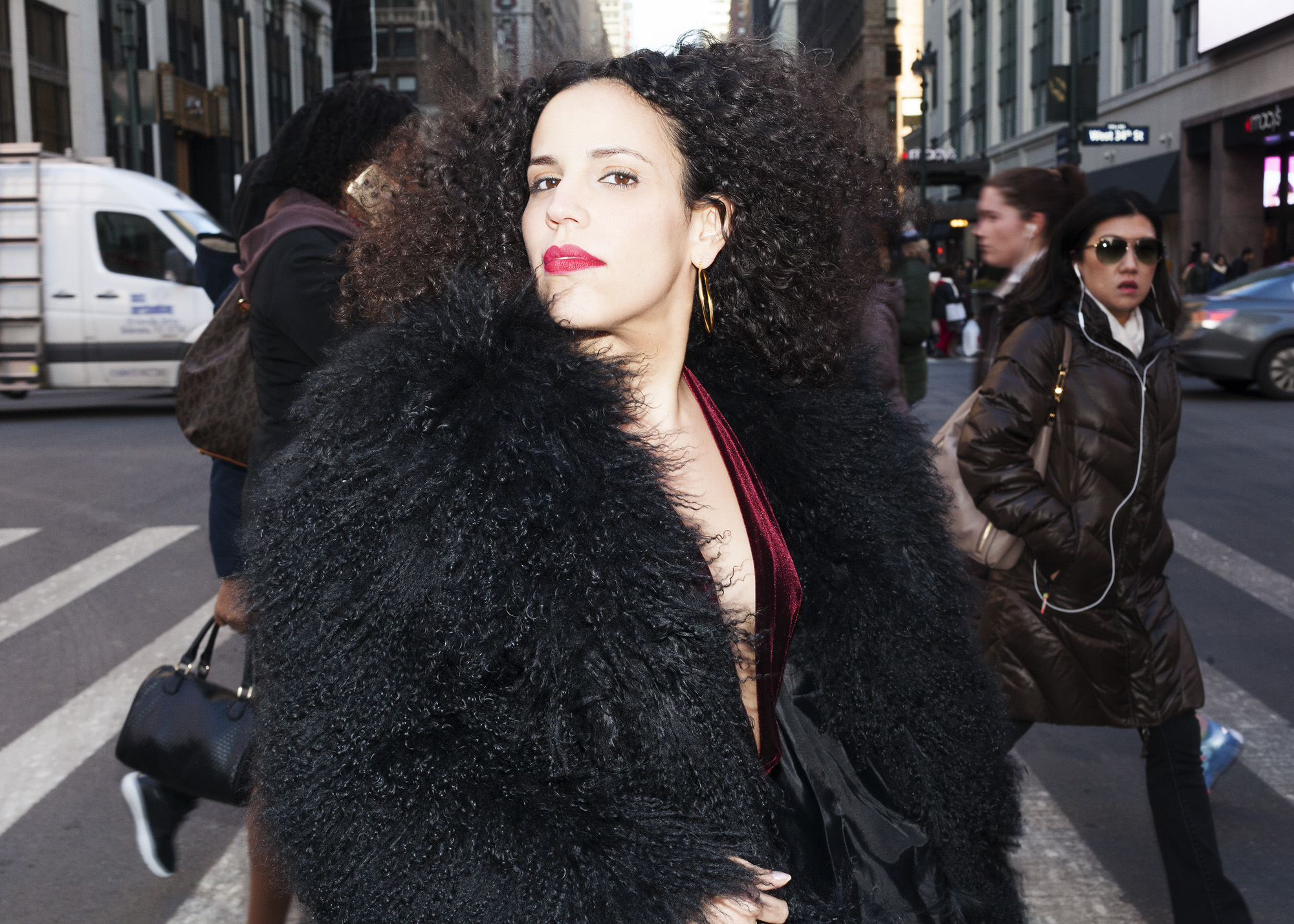 It’s so great to hear you talking about positives – at the moment it feels like everybody is suffocating under their fear. Is this stance of optimism something that you try to channel into your work?
The way I like to grapple with these things in music is to find a joyful way to carry my pain. I’m really inspired by the expressive spirit of my Cuban culture too – if you don’t find a way to be joyful, even in the face of great struggle, then you’re not going to be able to survive.

You use a huge number of genres to create you work. Is this a reflection on the diversity of American culture?
My song, Mexican Chef is shouting out an invisible workforce that exists in America. It was a tongue and cheek observation when I was walking home one night. In the backs of the restaurants I could see that the chefs were Hispanic or Mexican and playing Rancheras music, and then those working in the front were usually white and playing something like Bon Iver. Seeing those two worlds in that one space was a really funny observation.

This country is a country of immigrants – that’s how it was founded.

Speaking of a country built on immigration – I saw that one of your songs was played on the American TV show Democracy Now, over a clip of Trump…
Yeah, that was so surreal! I just woke up and I had tweets from friends telling me about it – it’s very ironic. They used the song Just Like I – in the song I’m talking about biting the hand that feeds you. Like, big businesses, big corporations and how I buy the things they sell me, live in the buildings that they have built for me. It stems of me thinking of consumerism in a really stream-of-consciousness kind of way.

Actually I’m interested, what is your personal stance on the political situation at the moment?
I’m a little baffled about it all – last night the senate’s voted on four separate bills about gun control and none of them passed. 90% of American’s are in favour of better gun control, but they still voted against them, I’m outraged. But I’m also hopeful, I think that we have to be hopeful. In Black Terry Cat I use the melodies and grooves to express who I am and the things I’m thinking about. Maybe just using music to express who I am is a kind of protest against it all?

Absolutely! Owning and expressing yourself in a society which tells you to be a certain way – don’t you think that maybe that’s an act of protest in itself?
I’m definitely doing the best I can to be a person that I like. But ultimately, when I think about Trump or the things that are going on in the country, I start to think about how I can make it better. When we don’t know what to do or don’t know a lot about a situation, we can often feel defeated and afraid, but we can take it back into our own hands. We can always do something, there’s always a change we can make! That’s where we can feel empowered. 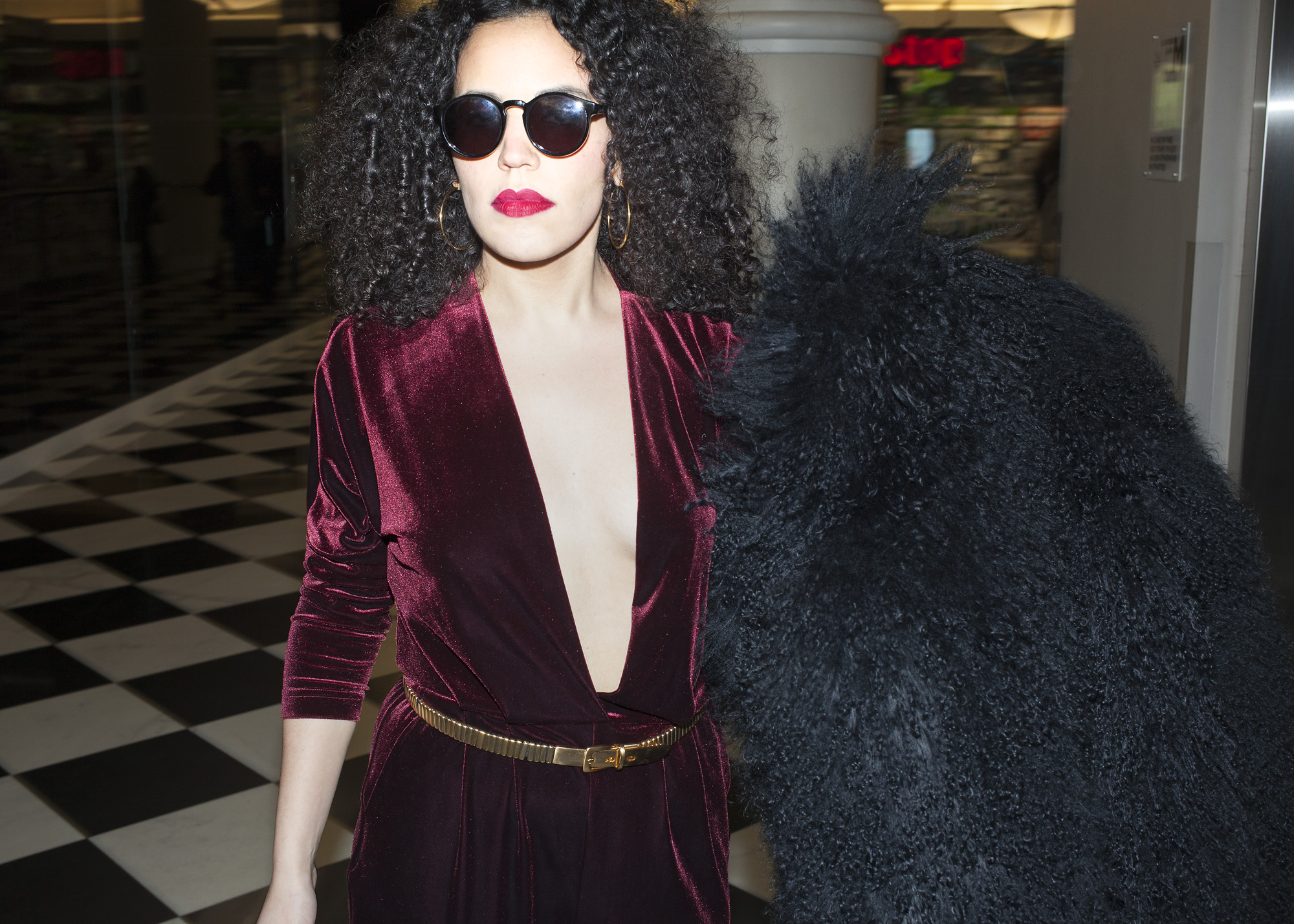 Although when you were producing your album you didn’t intend to create a specific political message, do you think that given the political climate, people will be able to relate to it in this way?
Ultimately, folks will take what they want from a song. There are so many tracks that we listen to on a daily basis that are a huge part of our lives, and we have no idea what the intentions of the songwriter were when they wrote it. In my music, I think you can hear that I’m saying something raw and emotional, but you could apply it to a number of things in your life, in your own way.

Xenia Rubinos will be touring the U.S. and Europe in 2016, and you can check out her new album – Black Terry Cat.

Linkedin
RELATED ARTICLES
OTHER ARTICLES
As she gears up for the release of her first book, the 24-year-old climate activist talks standing up to authority and building a more inclusive movement.
AI companies that develop image-generators using copyrighted artwork from the internet are coming under fire from artists who say that it amounts to theft.
After fleeing the war in Ukraine, people are finding it impossible to secure affordable and decent housing in the UK.
After building his reputation covering the US civil rights movement in the 1960s, the photographer went on to produce some of the most enduring images of the past century.
Photographer Becky Tyrell went down to the fading banger and stock raceway to meet a community desperate to keep it alive.
A recent High Court ruling against the right to wild camp in Dartmoor National Park sparked the largest land protest in history – and campaigners say their fight is not over yet.