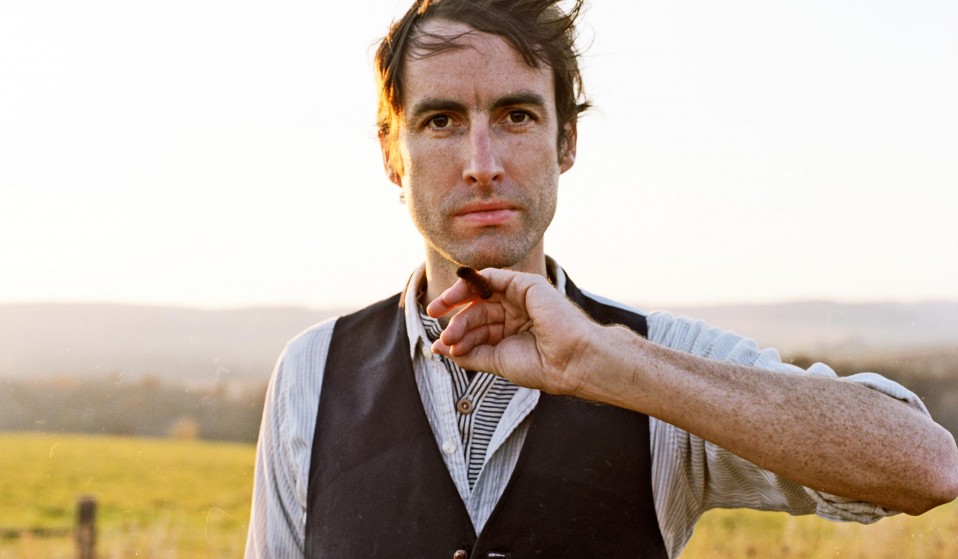 After retreating from music to start a family, pop auteur Andrew Bird is ready to do something he’s never done before: expose his life to the world.

After retreating from music to start a family and grapple with hardship, pop auteur Andrew Bird is ready to do something he’s never done before: step out from behind his cryptic songwriting and expose his life to the world. In a career-spanning interview, we find out why.

Andrew Bird is a maestro of wordplay, symphonic pop and multi-instrumental agility. It’s a skill-set he’s honed over 20 years of fine-tuning, spanning the austere Music of Hair to the heart-swelling new album Are You Serious.

After building a career on the back of non-stop touring and a self-sufficient existence, Bird took a step back after 2012’s Break It Yourself. It wasn’t just that his brand of cerebral songwriting had finally sold over half a million records, earning appearances on the most high-profile US talk shows. It was that he’d got married and became a father.

Four years later, Bird has returned to do the one thing he never quite managed before:  get personal. The signature sounds are all there – the bird-like whistle and jaunting melodies, the interweaving guitar and violin, all arranged with deft precision – but this time he sees the world, and himself, a little differently. 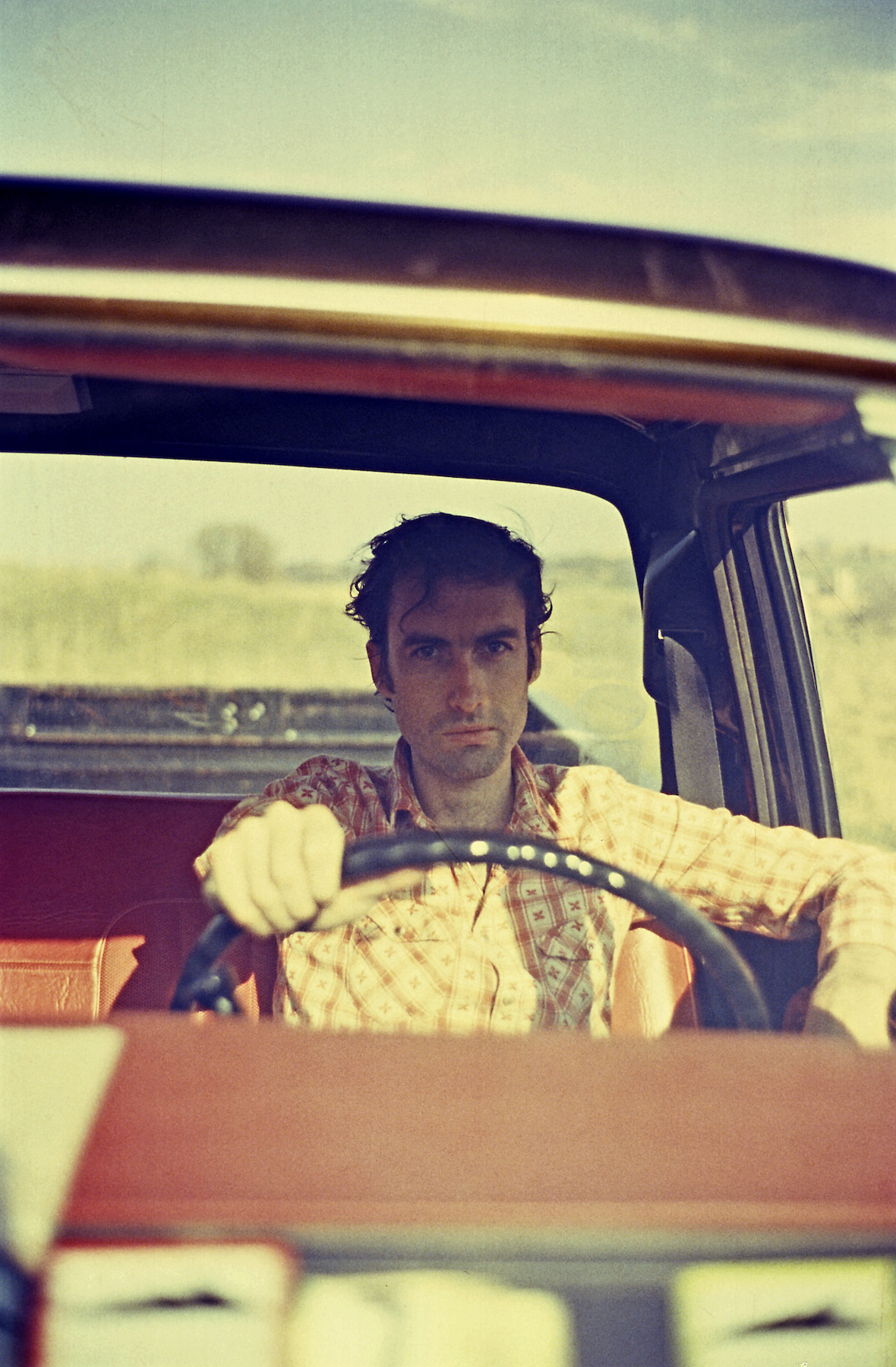 So if we start at the beginning, you started playing violin age four?
It was just something I did every week. I wasn’t a prodigy but my teacher would say, ‘Oh, you’re very musical!’ I didn’t get serious until I was 15, in high school. Everything kinda sucked, nothing was going well, but I thought, ‘Well, I’m pretty good at this.’ So that’s when I got obsessive about it.

When I got out of school and was way into early jazz, I didn’t really connect with the music scene because I was playing ‘fancy music’ – but I was still fascinated by [the Chicago music scene]. I’d watch a bunch of art school kids who could barely play present something interesting on multiple levels. It was really raw: almost making a point of being amateur.

When did you start focusing on your own music?
Up until age 26, I was still in a student frame of mind. Then in my late twenties, I decided to move out to the country, fix up this old barn and live there by myself. When most of my friends were considering moving to New York or LA, I was like, ‘Western Illinois is the place for me!’

I think I just had to clear the room, kinda put myself in a vacuum to see what’s really going on in my head. That was key. I didn’t know what I was doing at the time but I was super isolated, I didn’t even realise how isolating it would be. I had some chickens so I’d go get some eggs in the morning and make an omelette and coffee, then I’d work until the sun went down. I had no radio, TV or phone. 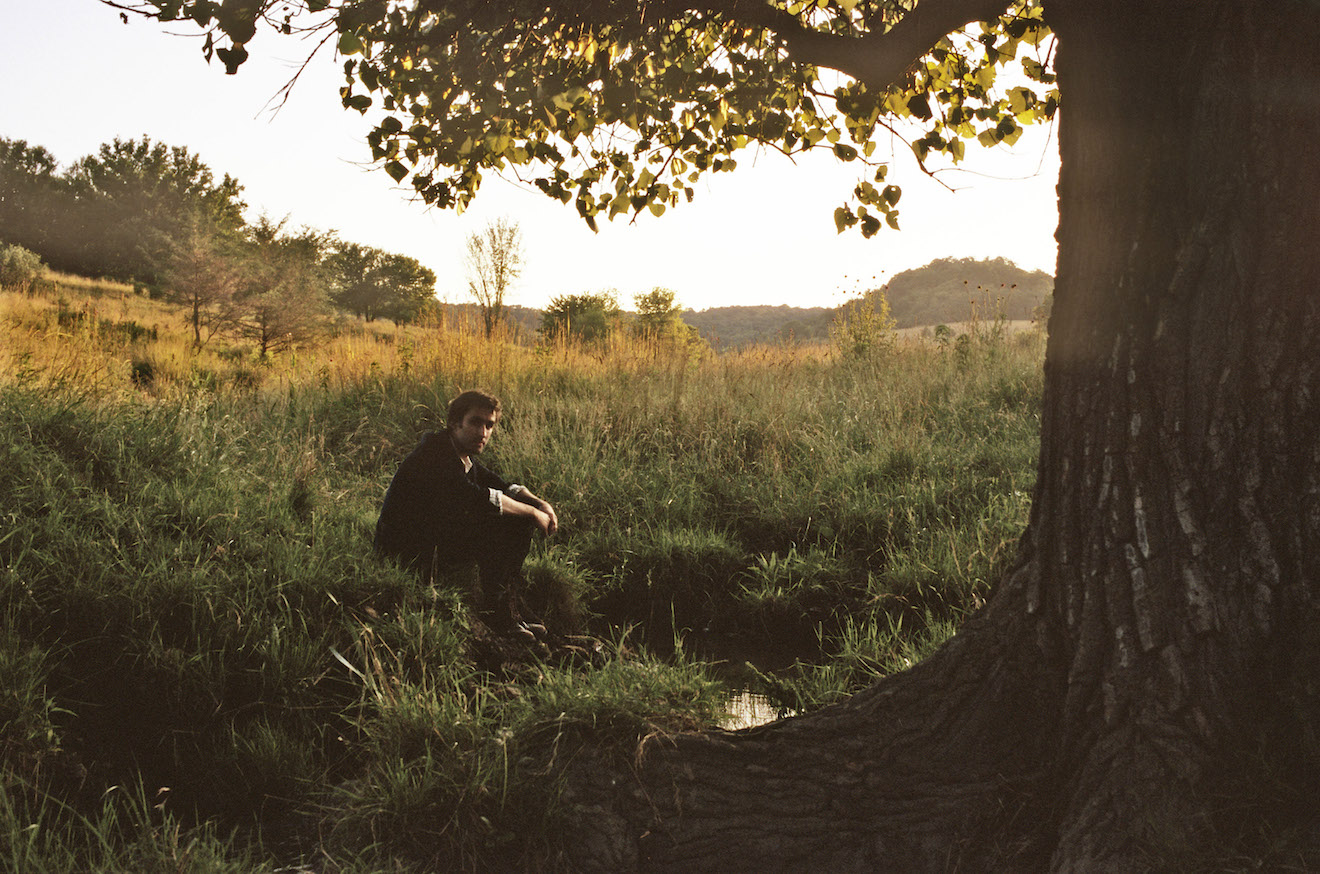 What drove you to this type of isolation?
I think I was tired of my songs getting hijacked by my own record collections and other people’s record collections. Again, it wasn’t like a conscious thing but that’s what happened. I just had to force this isolation to figure out what was really happening in my head.

Is this the same barn you retreated to for the latest album?
Yeah, this is where I wrote a whole chunk of the new record. Most of it came out as I was dry walling and fixing up the barn and painting. I only brought two records: Low’s Trust and The Kinks’ The Village Green Preservation Society. I left everything else on the curb back in Chicago.

What’s your writing process?
I usually start with something that pops into my head when I’m out walking or on an airplane. I don’t write anything down or record anything, so my test of it being a good idea is whether it returns. Usually the melodies that have a barb on it or a hook… they get stuck and come back.

Before, your lyrics were often encrypted using wordplay and were hard to decipher. This is your most lyrically candid and open album. You’re discussing marriage, fatherhood and your wife’s battle with cancer, which she overcame.
Yeah, I think that’s true. I had moments of major apprehension about it over the years. But when I’ve had moments of confusion or doubt like, ‘Can I do this? This feels inappropriate’ – that’s when I’m kinda onto something. Generally those are the moments where I’m risking more. But this one was different… I still wonder if I did the right thing.

I’m guessing you both had a discussion of what the content of the record would be before you started…
Yeah and she said, ‘It’s okay. We’ve both got to do this; this is real shit that happened.’ But we couldn’t have prepared ourselves for what it felt like when it finally went out there. And then people are asking you [about it], so it’s like every interview is a therapy session – publicly.

I’d never done that before on that level so I was like, ‘Oh now I get it. This is why I encrypted things.’ It’s calming down now but when the record first came out, everyday was a minefield. Every time I would open my mouth, I would betray some trust. [laughs]

Why do you feel that way?
I’m not a sharer, although I’m forthcoming in interviews. I figure we’re here, we’re talking, so let’s do it. The irony of the whole thing is I finally have a home after living out of a suitcase for 10 years. I have a family – people who I truly love and care about – so you want to celebrate that. But the act of doing it through song also… exposes you. When life gets really heavy and real, what can you do? That’s what I’m trying to poke fun at with the title. 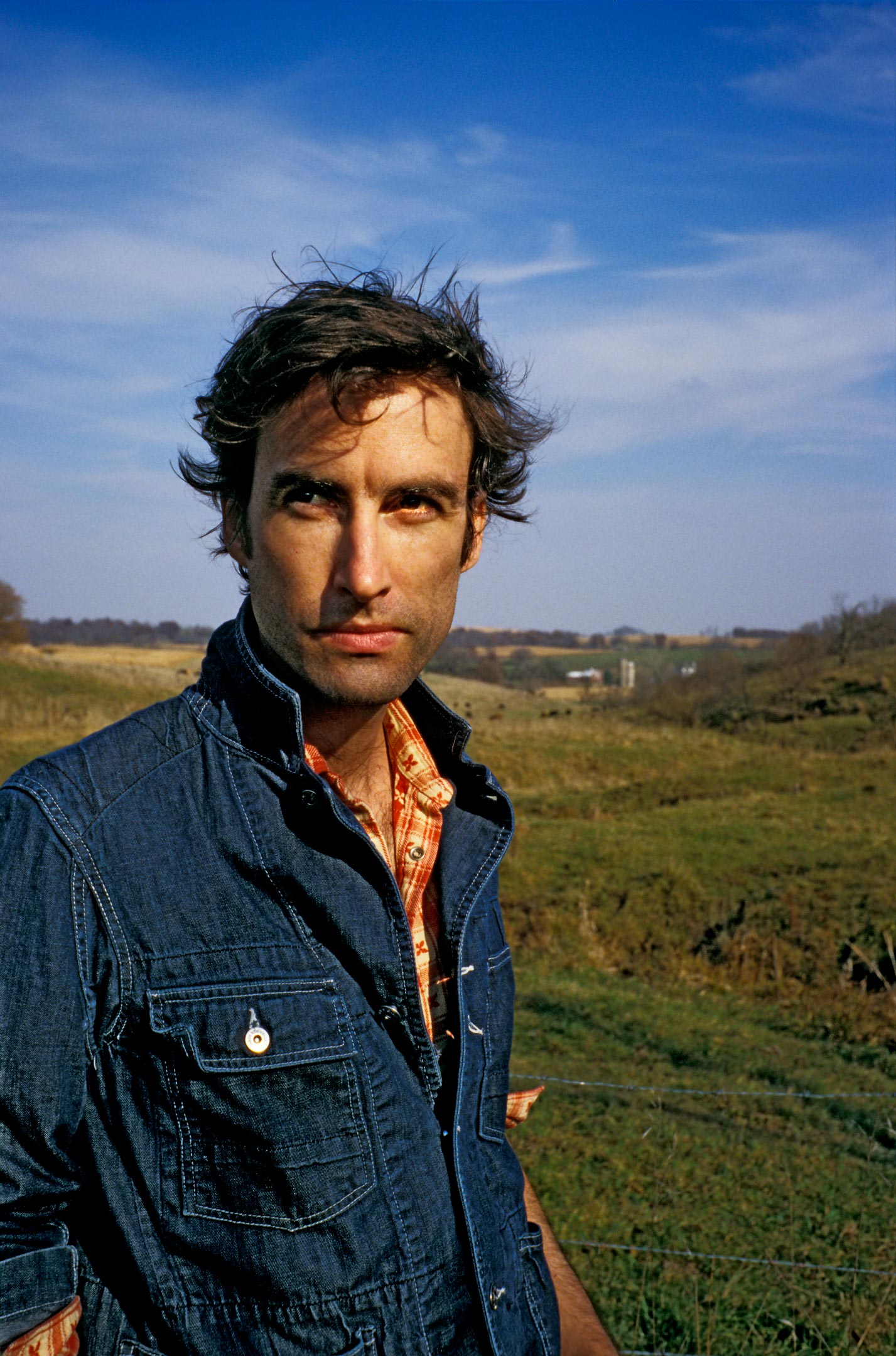 Do you see yourself continuing to be so candid with your next release?
We’ll see. I haven’t written anything of late, so I don’t know. The impulse to encrypt has lead me to some interesting stuff. But I definitely appreciate songwriters who get to the heart of the matter in their special ambiguous way. Like I’ve been covering ‘Harvest’ by Neil Young or songs I love by The Handsome Family – there’s a lot of unanswered questions there; they’re hinting at something.

You’ve got three minutes but you can hint at a whole novel by leaving things open. I’ve always been drawn to songs like that and sometimes they’re deeper cuts like Bob Dylan’s ‘Oh Sister’ – there’s something going on that’s not quite right and it keeps me coming back.

As a listener, you almost can’t help but interpret the lyrics to be personal or autobiographical…
I used to have a problem with that. Why does that have to be the case? Most other mediums have some remove; there’s not that assumption. But what else can get someone through terrible illness or keep someone from doing themselves in? It has a certain sacred thing.

Do you ever fear the background and subject matter of the record might overshadow it?
I worry about the story underserving the record itself. That’s that what it felt like when the record came out: it was all about this human-interest personal interest crap. It’s so transparent. There’s always some soundbite story – ‘the cabin in the woods’ – that encapsulates the whole thing but never does service to the work. The work is always much broader and much deeper than any of those stories go. It serves a purpose to publicists but it’s unfortunate.

I love how on ‘Puma’ you’ve matched such a heavy subject matter with such a catchy and upbeat song.
That chorus… I took pause with about how matter of fact it is. I would never have done that in the past and I did it this time just to dare myself. Perhaps it’s also a celebratory song. But, ultimately, [having] painful lyrical content underscored by dark music? I can’t do it. It’s not how I’m wired. I couldn’t live with myself if I did that. Dark on dark: what’s the point? There’s always got to be some sort of contrast. Anyway, the song is meant to celebrate how my wife handed this difficult thing.

How did your duet with Fiona Apple come about?
We hadn’t met before, even though we have a lot of friends in common. She’s in the Largo scene in LA, between [Mark] Flanagan, who runs Largo, and Tony Berg, who I made the record with. We managed to bring her in and I can’t imagine it being anyone else. I knew it couldn’t be too pretty or ethereal. It had to be super rough and rounded…. and she was awesome. She’s totally uncompromising, so it’s really hard to get her to say yes to something. She knows when she does it that she’s going to put everything she has into it. We’ve become good friends and I have so much respect for her.

When performing live, you loop parts, layer vocals and whistle and hop between violin and guitar. How do you manage to multitask so much and keep it together?
I can’t seem to let looping go. I’ve been doing that for 10 years now and I haven’t exhausted it yet. It’s very unmethodical. I’ve always been anti-method; I’ve just been more of an osmosis musician, so my approach to this is that I’m at the very limit of what my motor skills can handle. If there was one more button to push, it would all collapse. I’m not a gear-head. I will use and abuse whatever this is to get my results.

I’ve heard a lot about this kids’ TV show you’ve been dreaming up. Can you give me the one-minute pitch?
It’s an episodic, Jim Henson-influenced [show] that’s gonna have kind of the mustiness of Fraggle Rock – this dusty laboratory, kinda like Mr. Hooper’s store on Sesame Street. There’s all sorts of test tubes and beakers and scientific paraphernalia. Professor Socks is not very good at science – he’s kinda off the mark – but he’s got all these different characters who keep him on track.

The centrepiece of the show is when he and his sidekick, this animatronic fox, go through a chest of drawers and put on these socks. They slide across the wood floor and [the] friction transports them to various field-trips like, I don’t know… Maybe they go to a jet propulsion lab or the ballet. It’s challenging. I have to write specific songs that relay scientific principles clearly while also being catchy and entertaining. I have themes but having to write a song about equilibrium… I know I’m cut out for it. It’s just hard! 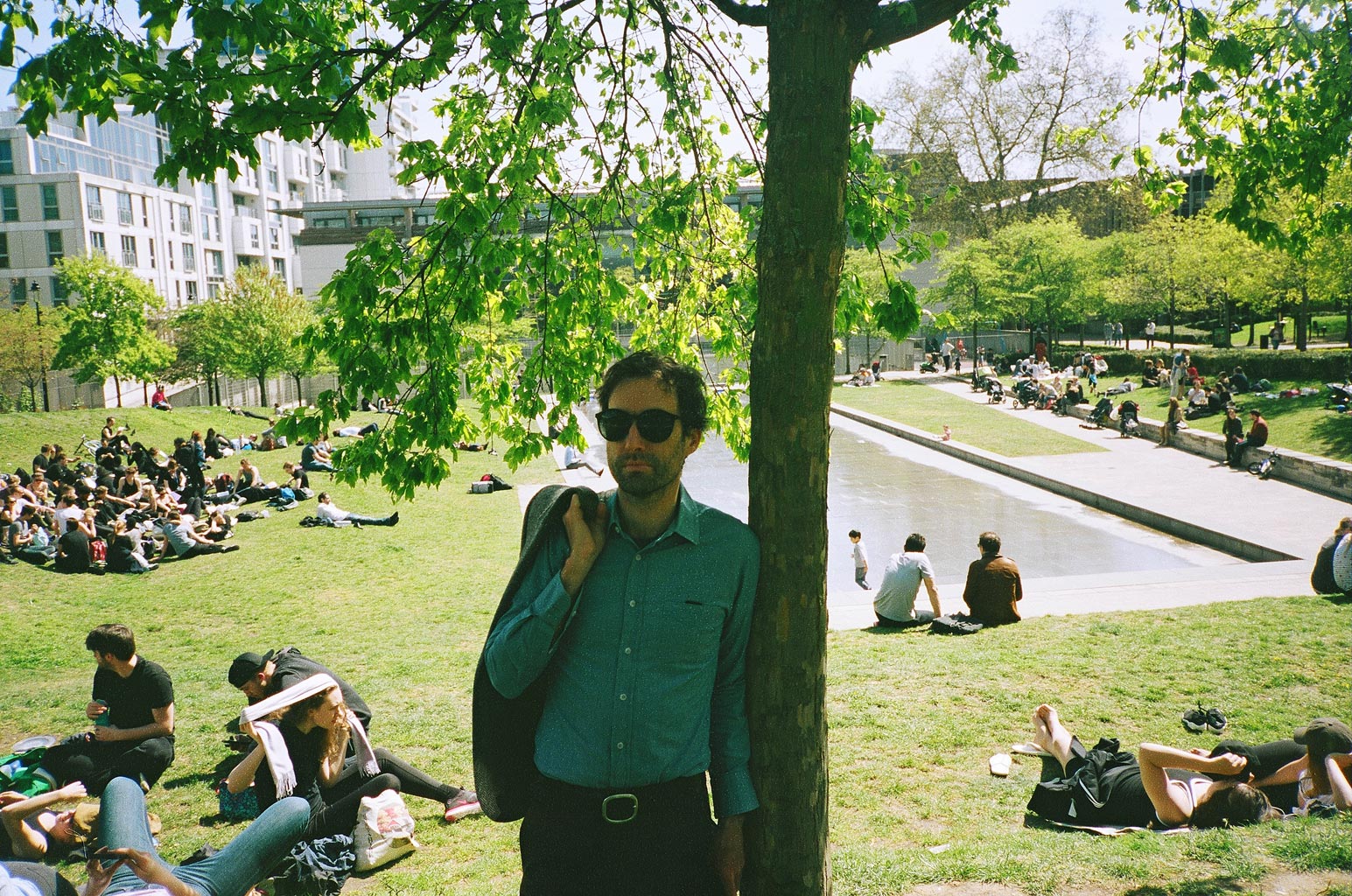 Check out Andrew Bird on Soundcloud or find out more on his website.

Linkedin
RELATED ARTICLES
OTHER ARTICLES
AI companies that develop image-generators using copyrighted artwork from the internet are coming under fire from artists who say that it amounts to theft.
A new film from Berghaus traces the story of Adam Raja, who left behind a turbulent upbringing to discover the healing power of climbing.
After building his reputation covering the US civil rights movement in the 1960s, the photographer went on to produce some of the most enduring images of the past century.
At his West Bank restaurant, Fadi Kattan established himself as the voice of modern Palestinian cuisine. Now, he’s bringing his innovative, bold flavours to the UK’s capital.
Social prescribing connects people with non-medical support to improve their health and wellbeing – but some experts worry it’s just a stick plaster solution.
Photographer Becky Tyrell went down to the fading banger and stock raceway to meet a community desperate to keep it alive.