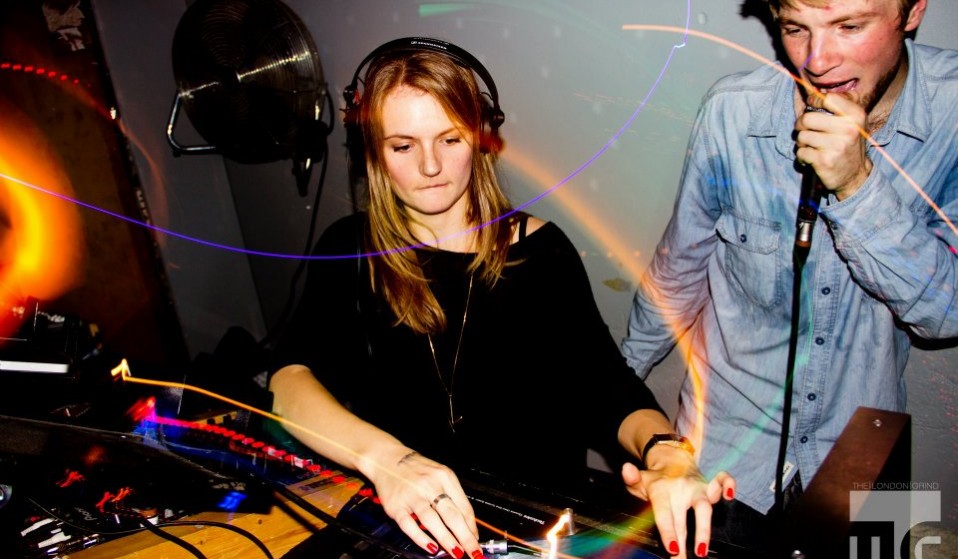 As dancehall DJ Why Delila, Siobhan Jones brings her beloved party music to the masses of East London. Here, she muses on how gender, race and sexuality simmer on the surface of summer’s carnival sound.

As dancehall DJ Why Delila, Siobhan Jones brings her beloved party music to the masses of East London. Here, she muses on how gender, race and sexuality simmer on the surface of summer’s carnival sound.

It sounds clichéd, but I love the way dancehall makes me feel – that’s what drew me to it and I never turned back. I find it impossible to keep still when I listen to dancehall. I love the riddims, how clever the DJ’s lyrics are, the culture, the dances, the clashes, the sound systems – I can go on forever! Dancehall is one of the most prolific genres out there so it’s impossible to keep on top of what’s coming out – which is great. You are always finding out about new tracks, discovering old tracks from years back, finding old sound tapes.

I have been welcomed with open arms from everyone I’ve met in dancehall. Even though it may seem from the outside that the scene is predominantly black and male, this isn’t strictly true. Yes, the origins of dancehall are in Jamaica, but I find myself around people of all cultures, male and female, working in and enjoying this scene (just check out Japanese dancehall!). I am very aware of my demographic at times, but reggae and dancehall are actually very welcoming types of music.

Dancehall lyrics cover a whole variety of topics and one of these topics is known as ‘slackness’, which essentially refers to DJs chatting sexually explicit lyrics. DJs, both male and female, like Vybz Kartel, Aidonia, Tanya Stephens and Lady Saw, will talk about what they would like to do to someone they fancy, referring to sexual acts, positions and parts of the body which they want to involve. Primarily, it is men chatting these lyrics (but that could be because most DJs are male rather than anything sexist), so they can be interpreted by people outside of the dancehall culture as offensive towards women – but I don’t personally take this stance.

The dancehall itself can be thought of as a space of liberation for women who, in other areas of society, may not be celebrated as they should because they do not fit into the typical Euro-centric body type. Professor of Literary and Cultural Studies at the University of West Indies Carolyn Cooper has written extensively on slackness and she sates that, “Women are saying, ‘We are beautiful and we’re just celebrating who we are,’ and male DJs are singing songs like, ‘It’s not your cute face, it’s the shape that you have,’ suggesting an alternative body ideal to the anorexic body type.” Rarely will you find a dancehall track accusing a woman of being a ‘whore’ (and such like) for expressing their sexuality, which is often found in other genres of music. So no, I feel that in most cases, these types of lyrics are not offensive to women. But I suppose it depends on what woman you are singing these songs to and how they want to take it.

As for homophobia in dancehall? I do not agree with homophobic lyrics and do not play any songs that contain them. Through my own experience in the dancehall community in the UK, I’ve never witnessed any homophobic actions or heard any homophobic remarks from people in the audience. I have gay friends who love and play dancehall. I don’t feel that I can comment on what happens in different communities, such as the Jamaican dancehall scene, seeing as I have no direct, personal experience of it.

Daggering was a bit of a hot topic a few years ago and it gets picked up again by some media [with the former Deputy Children’s Commissioner Sue Berelowitz making negative comments about its overtly sexual nature]. As far as I’m concerned, it’s just a dance move that people perform mostly when listening to dancehall. To someone watching daggering it can appear pretty aggressive, especially for the woman. Concerns have been raised about women being passive in this, but 99 per cent of the time the woman is consenting and actively encouraging it. If people watch other dancehall moves, they will see that some are explicit in this way and some aren’t – it’s just a form of expression. Is it dangerous for young girls? I think young girls have a lot more dangerous things than daggering to worry about.

Linkedin
RELATED ARTICLES
OTHER ARTICLES
Energy, stage presence, crowd interaction and killer catchphrases are all essential parts of being a great MC at a carnival soundsystem.
Pour yourself a rum and Red Bull and get into carnival spirit with these party bangers.
Get your dance moves in order and do carnival right with the RBMA Sound System.